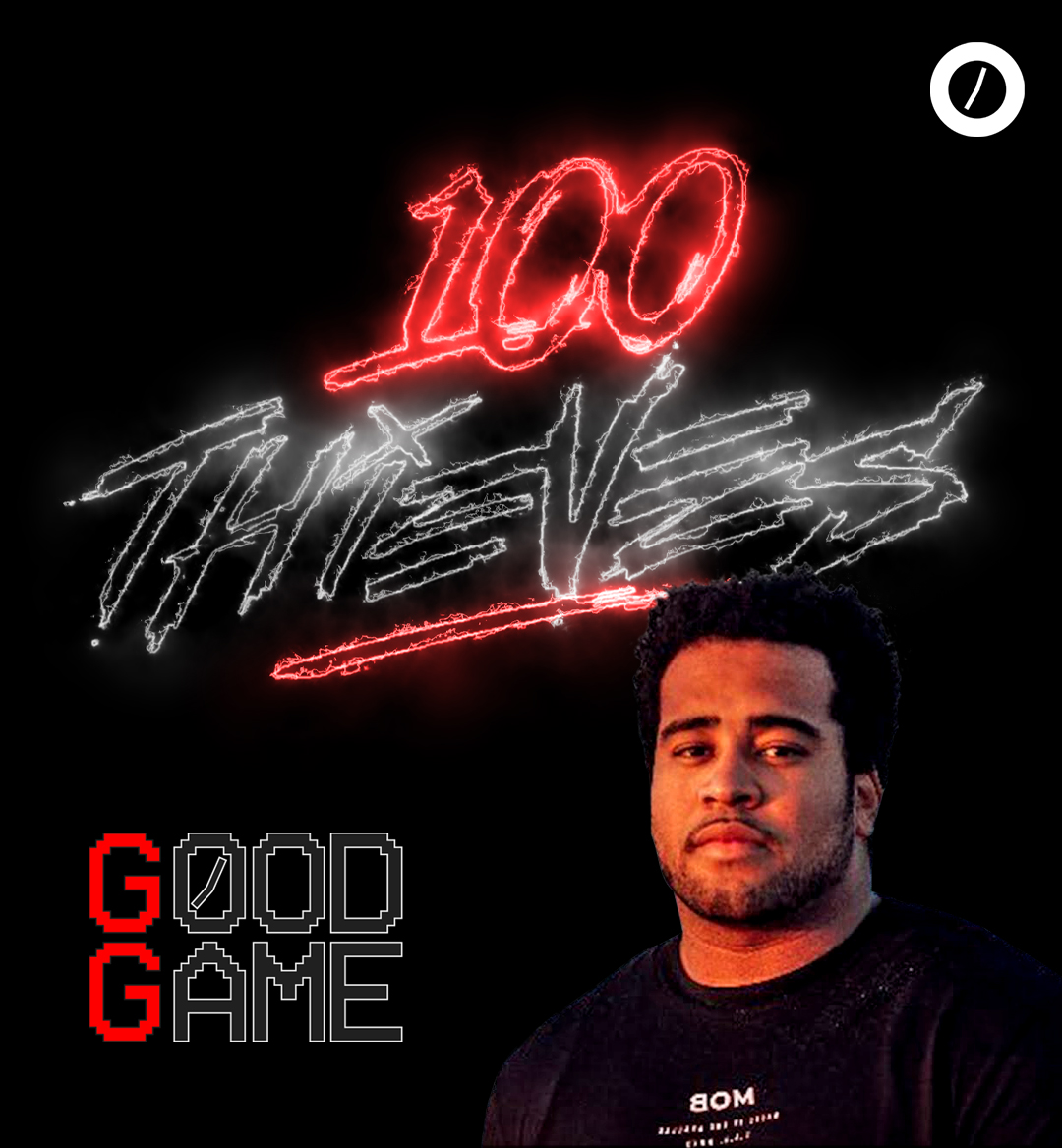 No brand represents the ever-evolving gaming landscape quite like 100 Thieves. Known for their eye-catching merch and big-name investors, the brand’s signature style can be traced back to a graphic design mind unlike any other, our man Seso (Gregory Ortiz). The 24-year-old designer has made his mark on the 2020 gaming landscape, emphasizing visuals and brand recognition in the development of a successful gaming org. It’s gotten to the point that some people wear 100 Thieves merch without even knowing it’s a gaming organization; the brand’s remarkable visual style and commitment to producing clothing and other merchandise—helmed by Seso—has massively contributed to the growing conflation between gaming orgs and lifestyle brands.

In the most recent episode of Good Game, brought to you by the mind of Aaron “The Don” Dukes, our host, and his two cohosts—REDinFamy Warlock Rackaul—spoke with the iconic designer about his work for 100 Thieves and his overall mindset surrounding graphic design.

Seso hails from Beacon, NY, and currently resides in LA. He’s been a freelance graphic designer for eight years but formally joined the 100 Thieves team last year. “I was very art-driven when I was younger,” he says before going on to chronicle his circuitous entry into the world of gaming graphic design. Up until recently at 100 Thieves, Seso was the only graphic designer. “I was doing every asset that you basically see when it comes down to 100 Thieves stuff. And it was hard,” he says of the high-volume expected in the gaming space. He succinctly characterizes his work: “The world of eSports itself is always fast-moving, so if you’re not ready, it’s one of those situations where you’re not gonna be having a good time. So I’m always ready, no matter what time it is.”

100 Thieves' visual style is deeply recognizable, and Seso is certainly responsible for the reimagined look. He addresses the previous commitment to a sort of grunge aesthetic in gaming, and how he began to develop a different style for 100 Thieves in the past year. “I’m just gonna, basically, clean everything up. I’m gonna go the industrial, typography-leaded vibe. I love a clean design,” he says. And the new style was met with an amazing response, contributing to the growing ubiquity of the brand’s merch—even outside of the gaming world. In the words of one of Good Game’s cohosts, REDinFamy: “Seso owns that, on how he revolutionized graphics in eSports. Period.”

Gaming is finally cool. And it’s due—at least partially—to the sleek visual style of 100 Thieves. When you pull back the curtain on many great eyes, you find a great mind behind them. Seso’s motto is part of how he has attained such success: “I always say, ‘Keep smiling, stay positive, and stay productive.’ Because if you’re smiling through it... it’s not that it doesn’t affect you, but you can find light in it. You’re staying positive because, of course, it’s the only thing you have is to just allow yourself to feel confident and positive through whatever’s happening. It’s okay to feel bad as well, but also staying productive can really help ease your mind in the sense of really working towards something.”

If you want to hear more about Seso and how he got his break, make sure to check out the whole episode of Good Game at the link above.