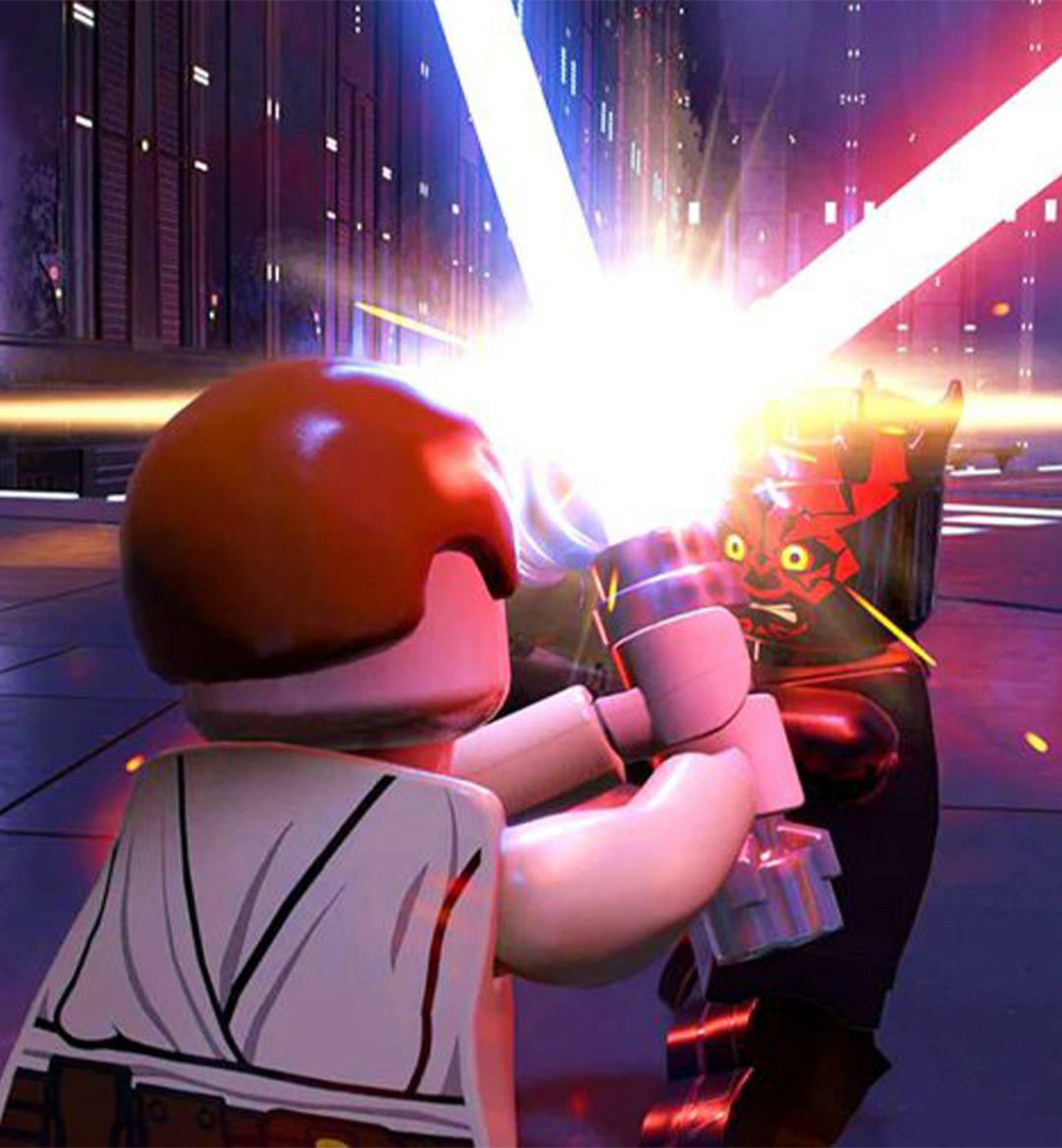 I've gotten quite accustomed to the overall structure of LEGO games that incorporate the most popular characters, plotlines, and locales attached to entertainment media darlings.

The LEGO titles based in the wide and wonderful worlds of Marvel, DC, Harry Potter, and Star Wars have given me dozens of hours of surprisingly fun & humorous playthroughs. But it must be stated that the familiar gameplay development studio Traveller's Tales mastered all the while started to become a bit one-note. Even though its long line of LEGO games is always good to great, it became clear to me and plenty of other fans that changes needed to be made in order to freshen them up & push them forward on a technical level.

Seeing as how the last LEGO game (The Lego Movie 2 Videogame) was released back in 2019, I figured TT had taken everyone's criticisms to heart and worked extra hard to make its next "blocky" endeavor its best entry to date. And after having the time of my life with it, I'm happy to say that LEGO Star Wars: The Skywalker Saga is a triumph that marks a true evolution for the LEGO games franchise as a whole. 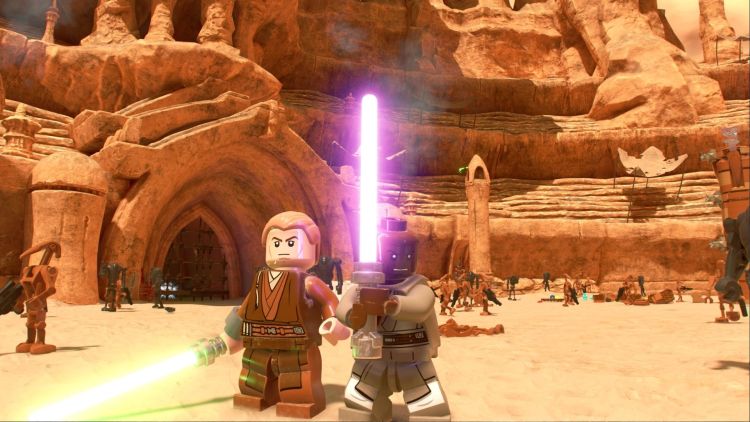 This brand new LEGO adventure in a galaxy far, far away is TT's most ambitious undertaking to date. Instead of covering a certain block of happenings within a movie series or focusing on a wholly original storyline, LEGO Star Wars: The Skywalker Saga goes above and beyond by embracing the entirety of the three Star Wars movie trilogies. And to see each of those nine films come to life without any half-steps being taken to summarize their biggest moments is gratifying.

All the usual suspects, planets, and impactful events that Star Wars fans first witnessed on the big screen are represented well within the confines of an active LEGO playset. There's so much joy to be had as you hop into young Anakin Skywalker's Podracer to zip around a sandy racetrack, take control of a Jedi Starfighter to take down Jango Fett, and even play the part of a waiter as you bring people their food as a prequel rendition of Obi-Wan Kenobi. The LEGO games' strong attention to detail and lighthearted humor do an awesome job of making Star Wars' standout moments feel fresh & nostalgic all at the same time. Playing this game via co-op mode alongside a young & curious Star Wars fan-in-the-making is a must if you want them to dip their toes into its massive universe. 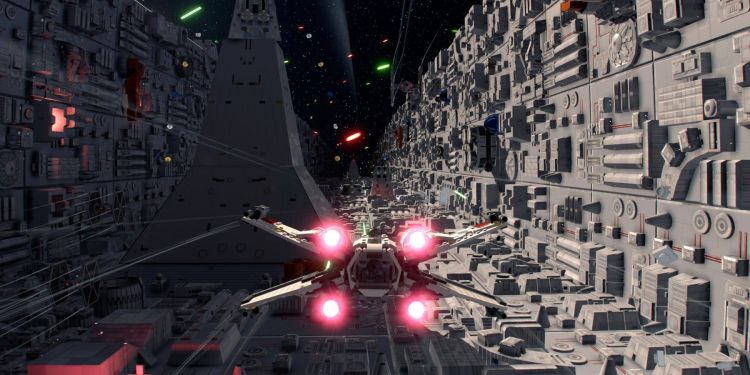 From a gameplay standpoint, this new LEGO Star Wars journey makes some major changes for the better. Engaging in combat is more akin to your everyday third-person action/adventure experience. Each character falls under a specific class, such as a Jedi, Bounty Hunter, Hero, etc. Thanks to those classifications, those character types utilize different types of moves that are in line with what you'd expect. Jedi are capable of pulling off flashy lightsaber combos and can also fling them across the battlefield, which presents them as the most fun characters to take control of.

Hero's can also rely on unique melee combos of their own and become master marksmen via cover-based third-person shooter mechanics, which is a first for the LEGO games. And Bounty Hunters have the ability to whip out their rapid-fire weapons to cut down their foes and even crack open gold LEGO objects. It becomes quite addicting as you try to unlock the full gamut of characters on offer here, which goes up into the hundreds.

Another newly implemented aspect of this game that I have to commend is the upgrade system. Completing main objectives and various side missions gives players "Kyber Bricks," which strengthen the core aspects of every character type and specific attributes for each class. I had a great time tackling simple puzzles and combing through every corner of the game's many stages to find another Kyber Brick so I could improve my Jedi's combat counter prowess and unlock my Droids' super useful distraction ability. It became a neverending Easter Egg hunt as I sought out every Kyber Brick and made sure I participated in all the fun tasks TT threw into the game. 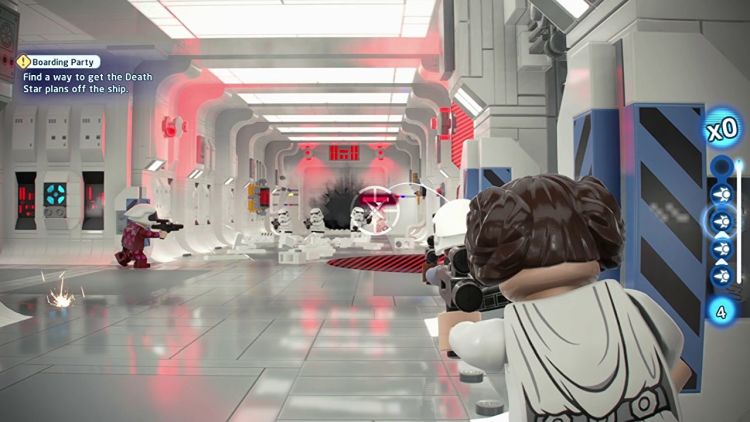 A Star Wars game wouldn't really be what fans want if it didn't offer space travel/dogfights of any kind. The ones on offer here are a vast improvement over what came before them. Being able to command a wealth of recognizable ships, engaging in some hyperspace travel, and getting caught up in furious battles with rival ships never grew tiresome. This game gives players plenty of reasons to take flight - there are famous moments that take place within the confines of a signature Star Wars ship, plus you can seek out floating rocks that house extra Kyber Bricks within them.

It felt so good to enjoy my freedom among the stars before I decided to touch down on one of the game's many planets (the likes of Geonosis, Tatooine, and Cantonica are just a sample size of the full gamut of locales in place here). The familiar elements of past LEGO games and the fresh features thrown in to better them all make LEGO Star Wars: The Skywalker Saga the best of everything TT has done up until this point. 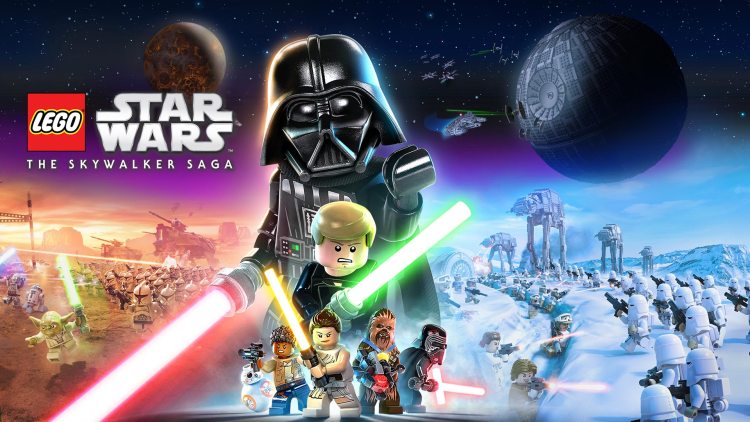 Now everything isn't perfect within this new LEGO title, however. There are some pet peeves I have to bring up here since they dull the fun of the game's overall fun factor. The instances where I was forced to walk at a snail's pace while escorting someone to the next checkpoint while they spoke are super annoying. And some of the voice actors that are used for certain characters don't sound anything like the onscreen versions I've become so used to.

While I realize the likes of superstar talent like Samuel Jackson (Mace Windu) couldn't be called on to reprise their roles here, replacing them with off-putting voice actors sticks out like a sore thumb. I would have been perfectly fine with TT cleaning up the movie audio and reusing it instead. And my final pet peeve, you ask? Having to wait those few extra seconds for the title screen animation to load up every single time I hop into the game gets on my last nerves.

Those three issues of mine as mere quibbles when you consider all the greatness contained within LEGO Star Wars: The Skywalker Saga. The retooled combat mechanics, more worthwhile attempts at game progression, greatly improved space exploration/battles, and slapstick humor makes this brand new LEGO game the finest series entry to date.