The Top 20 'Mario' Games for Switch 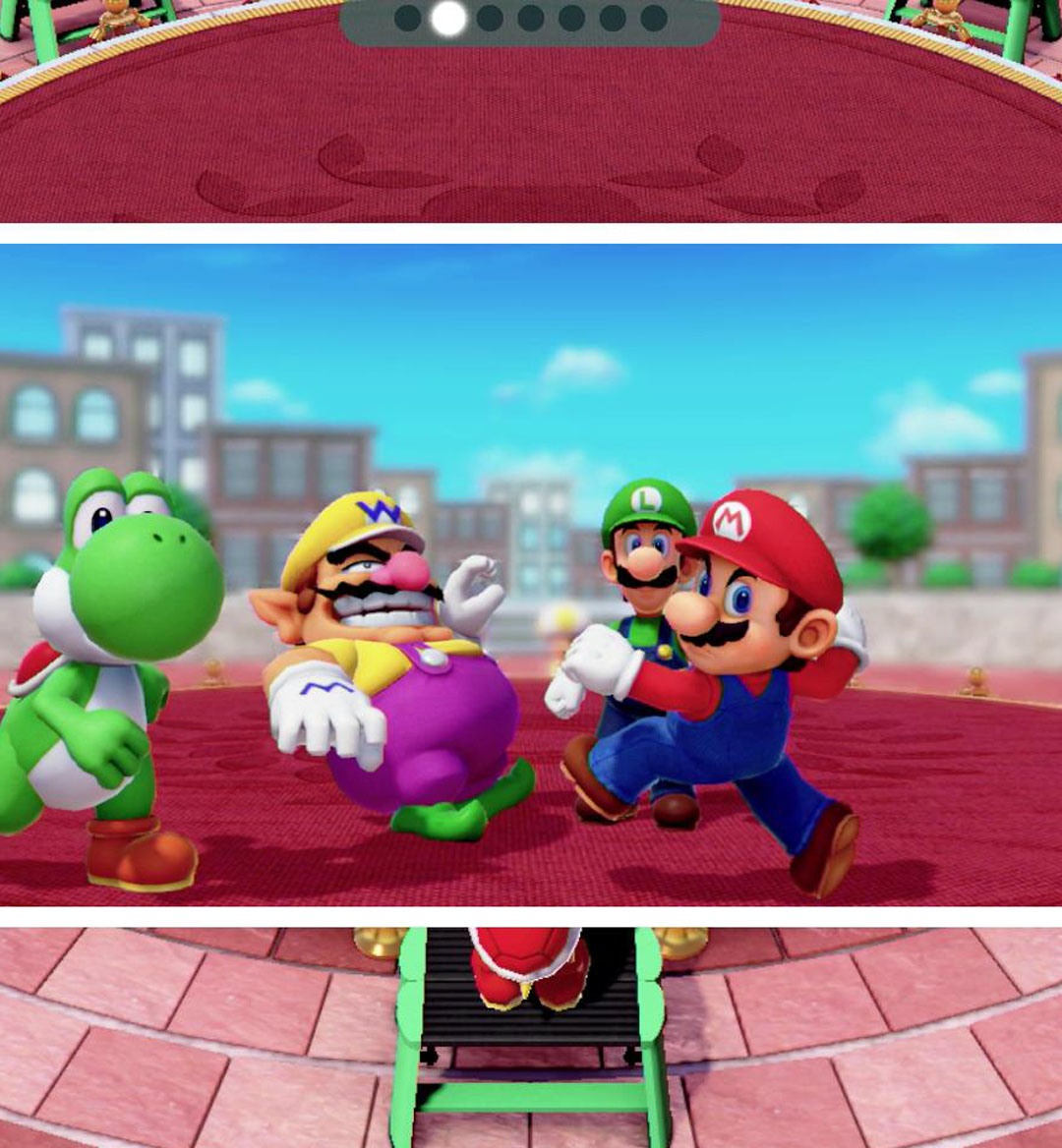 It’s no secret that Nintendo’s Switch is doing well. In fact, it’s currently well on its way to being one of the most successful consoles in history. One of the reasons behind this success can be laid at the feet of a certain Italian plumber. As Nintendo’s mascot, Mario-branded games always do well in terms of sales. Is it little wonder that the folks behind the scenes have pushed out so many Mario games on a single console. Longtime Mario fans have their choice between an impressive number of games, and the following are the top Mario games for the Switch.

Let’s just get this one out of the way. There is a right way and a wrong way to go about making a 3D Mario game, and Super Mario 3D World is a perfect example of the wrong way. Mario games are visually dazzling and clever. That cleverness usually comes in the form of design intricacy. There is no intricacy in this game. It’s nothing more than a mad dash from point A to B. It might be fun to play with a group of friends but, for most, the novelty wears off quickly.

Nintendo has made some of the best sports games through its Mario Bros. franchise. Mario Tennis Aces is no exception. The game is dramatic and can oftentimes become quite intense, particularly among players who know what they are doing. The game, however, can also be enjoyed and quickly picked up by newbies, making it the kind of game that unites gamers of all skill levels.

Mario Party is meant to be enjoyed in a group, and with each of the Switch’s joy-cons serving as its own self-contained controller, the Switch is the system the game was waiting for. The game might not be on the top of everyone’s list, but it does provide hours of fun.

Super Mario Galaxy takes bold ideas and, for the most part, executes them in a stellar manner, despite a few hiccups. Super Mario Galaxy is the 2007 sequel to the Super Mario Sunshine, a superior game in every way. The game utilized a gravity mechanic that was clever. In fact, almost everything about the game is clever, but it lacks the truly groundbreaking gameplay that characterized the games that came before it.

Any game in which Mario makes an appearance is a Mario game, even if it stars Mario’s brother. Luigi’s Mansion 3, like its two predecessors, is quite different from your average Mario Gone are the flashy acrobatics. Instead, the gameplay is much more grounded and less fast-paced, yet the game manages to be just as exciting as any Mario game.

Dr. Mario came out in 1990, a time when developers were severely limited with what they could do with games. As such, it wasn’t out of the ordinary for developers to make games that were glorified clones of more popular titles. Dr. Mario, despite having an icon mascot, was one such game. The game took its cues from the more popular Tetris. Despite the similarities, Dr. Mario would achieve enough success for Nintendo to choose not to abandon the I.P outright.

Super Mario Maker 2 and the original Super Mario Maker was a game I first dreamed up as a small child. I remember thinking it shouldn’t be particularly difficult to create a game that takes all the assets and makes it so players can put them on a sort of grid. It turns out I was right. Super Mario Maker 2 improves on everything that was offered in the original game, including additional assets to play around with. Players have taken to the game, pushing the boundaries of complexity. This, more than any other game, offers hardcore Mario players the challenge they always wanted but were too afraid to ask for.

Super Mario Odyssey is the newest 3D adventure. This one takes Mario across an exotic world and is packed with enemies, items, and allies that have never been seen before in a Mario game. One gets the impression the developers just got tired of putting together the same old Mario game. While the game is a bit of a departure from the norm, all the quintessential Mario elements are still present. The worlds serve as veritable playgrounds where players can go about collecting items in any way they want. It represents a welcome return to Super Mario 64, and speaking of which…

It’s impossible to overstate this game’s legacy. The first game to bring Mario from a 2D to 3D setting, Super Mario 64, had every reason to fail, but of course, it didn’t. Everything from the controls to the level design was polished to unreal levels. It’s clear they wanted to do something special for Mario’s first 3D game, and they did just that and more.

Unfortunately, players won’t be able to get their hands on this until June, however, if this is like past Mario golf games then players are in for a treat.

10. Mario and Sonic at the Olympics

If the above image isn’t enough to sell you on this game I don’t know what will. Mario and Sonic at the Olympics pits these two iconic characters, and their respective friends, against each other. The game is all about competing in several mini-games and garnering as many gold medals as possible. While this game isn’t as popular as other Mario sports games, it’s worth checking out.

The culmination of decades of Smash Bros., arguably Nintendo’s most popular intellectual property. To call Super Smash Bros. one of Nintendo’s most ambitious titles would be an understatement. The roster alone, featuring characters from a multitude of games, even games outside of Nintendo’s wheelhouse, should clue you in on what Nintendo had in mind when they went about putting Smash Bros. Ultimate together.

A classic that set the benchmark for future Mario games. Super Mario Bros. didn't bother fussing around with overworlds or outlandish powerups. It’s a platformer in the truest sense of the world, which is why it belongs on this list. 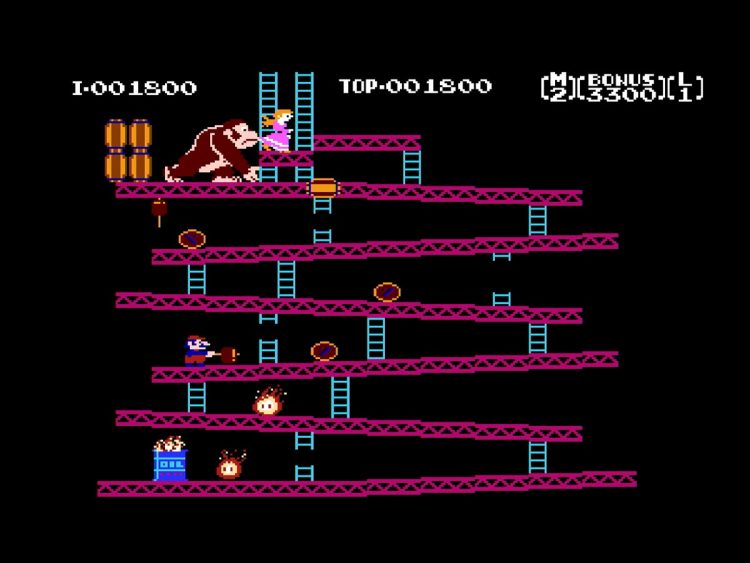 The game that started it all. The Original Donkey Kong allowed players to take control of a then-nameless plumber to save a then-nameless damsel in distress. It’s the one game on this list that predates Bowser, Yoshi, or any of the other Mario mainstays. Personally, I’m a bit too young to have experienced it when it first came out in 1981. Playing it on the Switch, however, is fairly straightforward, a bit too straightforward. Most people will argue the game is a bit on the basic side, which is fine because many of the other games on this list wouldn’t exist if not for this one.

The OG, responsible for more breakups than other game in Nintendo’s roster. Super Mario Kart was revolutionary when it first hit markets in 1992. The game pitted every Mario character, including the insignificant ones, in a race filled with traps and pitfalls. What was most interesting was developers making each character slightly different in regards to their controls. Perhaps one of the most impactful games on this list, generations of children have experienced Mario Kart in some way or form, and with the Switch, so can you.

There isn’t much to say about Super Mario Bros. 3. It’s a solid, if not slightly lengthy, game that hits all the benchmarks one would expect from a Mario Game. From Goombas to Koopas, all the enemies make an appearance, including a few new ones (I vaguely remember some sort of wizard). Bowser is up to his normal shenanigans, having Mario travel to several different themed worlds before the final showdown. In fact, other modern Mario games, like Odyssey, tore a page from Super Mario Bros. 3 playbook by including different themed worlds. Yet another example of Nintendo’s tendency to expound on good ideas.

Now, this is a game many would expect to be closer to the top. For many, Super Mario World was their first experience playing a Mario game. The game itself is straightforward enough to not overwhelm new players but packed with enough secrets to justify multiple playthroughs. Some might say this is the first Mario title that caters exclusively to children, while others will say this is the definitive Mario experience.

The absolute best of 3d Mario. Super Mario Sunshine’s debut on the Gamecube lived up to and exceeded the monumental levels of anticipation ahead of its 2002 release. Players had just received their first taste of 3d Mario, in the form of Mario 64, and they were eager to see where Nintendo developers would take the franchise. They took it to a tropical island, brimming with Mario’s signature bright and cheerful aesthetics while adding a key new element in the form of a sentient super soaker. In fact, one could argue that the super soaker was a bit of a prototype for several modern Nintendo games like Luigi’s Mansion and, of course, Splatoon. In that regard, Super Mario Sunshine is a true pioneer.

The sequel to Super Mario World puts Mario’s trusted mount at the center of the game. Yoshi’s Island lacked the color and clever design of its predecessor. The game, however, more than makes up for it by putting players in a world that seemed lived in. Unlike the original Super Mario World, which amounted to a smattering of disjointed stages, Yoshi’s Island gave the impression of a living breathing world. It’s little wonder this game was such a success when it was first released in 1995.

The game that shouldn’t have been. By now everyone knows the story of Super Mario 2, the sequel to the juggernaut success of the original game. Nintendo was convinced that the original sequel would put off western gamers so they reskinned a slightly older game named Doki Doki Panic with Mario assets. Many have argued that Nintendo made a mistake doing so and should have had more faith in their western audience. Those people are drowned out by the much larger contingent of gamers who love the retooled sequel for what it is. A platformer that lets you choose someone other than Mario, including the perpetual damsel in distress, Princess Peach, the game was different. But different doesn’t necessarily mean bad. In fact, in the case of Super Mario Bros. 2, different means good. Besides, it’s funny to think of the possibility of an alternate universe where the characters from Doki Doki Panic are the world’s most recognizable videogame characters.