For All The 'Player Unknown Battlegrounds' Fans, Here Are 13 Games Like 'PUBG' 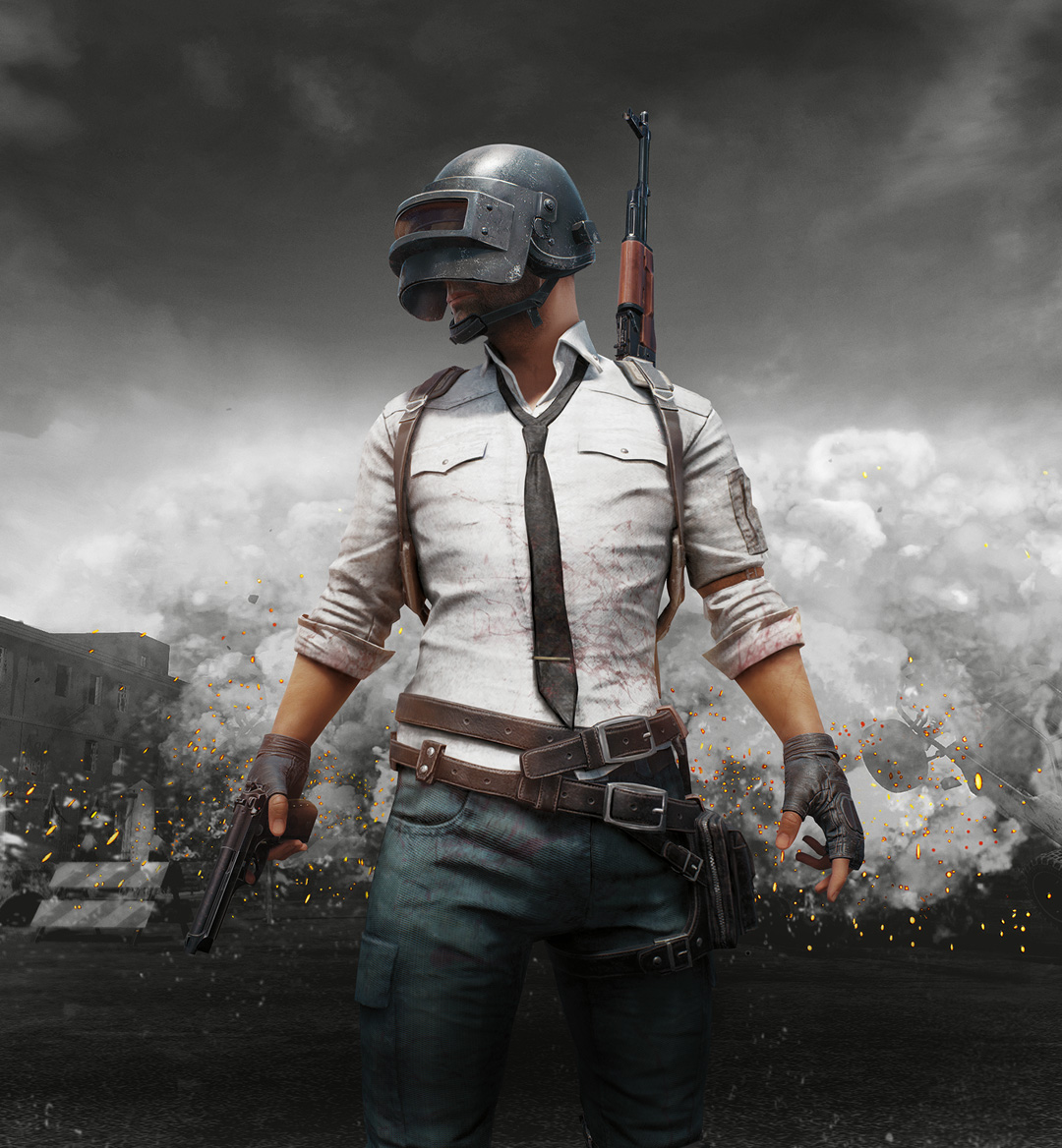 Although past its prime, Player Unknown Battlegrounds, or PUBG for short, remains the standard-bearer for the battle royale genre. For a time, it seemed that battle royale games were the primary bread-and-butter of the gaming industry with companies wanting to cash in on the popularity these games seemed to inspire. While some were successful so many others were not. This list represents those games that either did or should have become huge successes, largely because of their similarities to PUBG.

SOS is no longer available for purchase so consider yourself lucky if you managed to get your hands on a copy. SOS combines elements of survival and battle royale games into a single fun, if not frustrating, package. Like other games on this list, SOS owes some of its popularity to streamers and YouTubers who played the game when it was first available. The game puts you and other players on an island that would have been deserted if not for the monstrous inhabitants lurking around every corner. Players have the option to cooperate or antagonize each other as they search for relics that allow them to leave the island. While this isn’t the first multiplayer to utilize NPC enemies, the enemies in this game are so well-balanced, at times, it’s difficult to determine who is the bigger threat, human or monster. Although the game is no longer available, it still deserves a place on this list. Think of it as an honorable mention.

The game that started the trend, maybe. Initially released in 2015, H1Z1 managed to build up an audience thanks to its extended beta trials. The game has gone through more iterations than just about anything on this list. What started as a zombie-survival game slowly but surely allowed itself to be molded by market demands. The game has since split into two modes that act as standalone games. The first is a straight survival game, while the other is a Battle Royale.

Again, while it’s debatable whether H1Z1 was the first of the battle royales, it was the one that immediately came before and spawned PUBG, earning it a place on this list.

A 2017 release that followed a similar trajectory to H1Z1. Fortnite started as a zombie-survival game, much like H1Z1, and slowly morphed into a battle royale when developers at Epic realized they had a behemoth on their hands.

And they were right. It's almost five years into the game’s lifecycle and it still boasts one of the largest player bases on this list. However, during its heyday, the game was an absolute juggernaut and broke just about every record you could imagine. While its popularity has waned a bit, Epic developers continue to churn out content that attracts one-time players, at least for a time.

While the Call of Duty franchise has been around for quite some time, it wasn’t until Warzone, did the title delve into battle royale gameplay. Warzone came in at a time when the genre was starting to lose steam, and the market share was almost entirely Fortnite. However, what was odd about Warzone’s release was that it was largely compared to PUBG instead of Fortnite.

That could have had something to do with the fact Warzone had a less cartoony aesthetic to Fortnite. Or, perhaps, people were simply starting to grow tired of Fortnite and all of the so-called Fortnite killers.

Another latecomer. Released in 2018, Ring of Elysium wears its PUBG inspiration on its sleeve. At first blush, the game looks like a mod for PUBG, but once you dive in, it becomes clear this is a gaming trying hard to step out of PUBG’s shadow.

And, for the most part, it accomplishes just that. Instead of mindless running and gunning, Ring of Elysium encourages players to engage in a bit of strategy. Ambushes and traps are not out of the ordinary, and the winter environment adds an extra element to the game. While the game may not have had as many updates as PUBG, it’s still worth a pick-up.

Another 2018 latecomer, Realm Royale, owes its flash-in-the-pan popularity to its willingness not to take itself seriously. As other battle royales became more and more competitive, Realm Royale brought the genre back to a more whimsical time. Everything from the art to outgunned players' transformation into a chicken became synonymous with the Realm Royale style.

The game also boasted several features not commonly found in battle royales. For example, Realm Royale heavily featured classes as opposed to limiting a player’s ability to what gun they happened to have picked up. The game also allows players to ride on horseback, something you don’t see much in these games.

Last year's Spellbreak was compared to Realm Royale mostly because of its middle ages aesthetic. The game, however, manages to stand on its own for a number of reasons. It is amongst the most fast-paced and frenzied games on this list. It’s easy to be blown away and not know exactly how it happened, particularly in a large cluster of adversaries. As its title implies, the game is more heavily dependent on spells than traditional firearms in your standard battle royale titles.

While the game may not have enjoyed the same success as others on this list, it is definitely worth a look.

Released in 2020, Darwin Project managed to garner a healthy following while maintaining relative obscurity. This was due largely to a number of streamers and video game Youtubers who flocked to the Sci-Fi survival game during its beta and after its release. The game pits players against each other by giving them tools to hunt one another. Players must also survive the harsh maps which swing wildly from frigid cold to lakes of magma.

The game takes into account the spectator element by allowing an overseer to give their favorite certain buffs. Successful players use all their tools while leading enemy players into ambushes or advantageous areas. Don’t let the cartoonish art style fool you. Darwin Project is one of the most hardcore titles on this list.

A 2017 release, The Culling’s rise in popularity was as sudden and unexpected as its fall. Developers have tried to recapture their brief moment of popularity with an official sequel that was panned by reviewers and players alike. However, its dwindling popularity doesn’t take away from the fact that the game is one of the most interesting battle royals on the market. Instead of heavily featuring guns, most players will have to make do with melee weapons, although guns are still present in the game. But the game is balanced in such a way that having a gun doesn’t necessarily mean you are at an advantage. A player with a metal pipe or some other non-projectile weapon can just as likely win a contest.

A game in which the massive multiplayer map is the star. Islands of Nyne was released last year to little fanfare. But that is hardly a reflection on the game itself, which features some of the best sci-fi shooting. Many have compared it to the Crysis series, and it’s a well-deserved comparison. The graphics are superb, and the gameplay's style and speed are as if someone created a battle royale mod for Crysis. The game may not be a household name, but it still deserves your attention.

Apex Legends is what you get when you take elements from the top battle royale games and polish them. Released in 2020, Apex Legends is the only game on this list that ever came close to actually being a Fortnite killer. The game was massively popular when first released and it has managed to hold on to much of that popularity overtime. Developers continue to churn out new content and characters that only add to the game’s complexity. While guns obviously play a major role, each of the champions has its own strengths and weaknesses that impact the game in profound ways. Apex Legends is how battle royale games are supposed to be done.

Hunt Showdown is aggressively underrated despite being moderately popular. Of all the battle royale games on this list, Hunt Showdown is perhaps the only one that truly isn’t derivative in any sense of the word. Released in 2019 by a team at Crytek, you can see the meticulous detail developers put into the game. Everything from the monsters to the ornate weaponry looks like it belongs in this demon-infested world.

Players have to worry about said demons as they traverse day and nighttime maps. More dangerous than the demons are the other players who are on the hunt for the same prize you are. What ensues is thrilling cowboy action with a bit of horror and incredible sound quality mixed in for good measure. Although the game deserves to be a bigger deal than it currently is, the developers don’t seem deterred as they continue to churn out content.