The 15 Best Open-World Games on Playstation 4 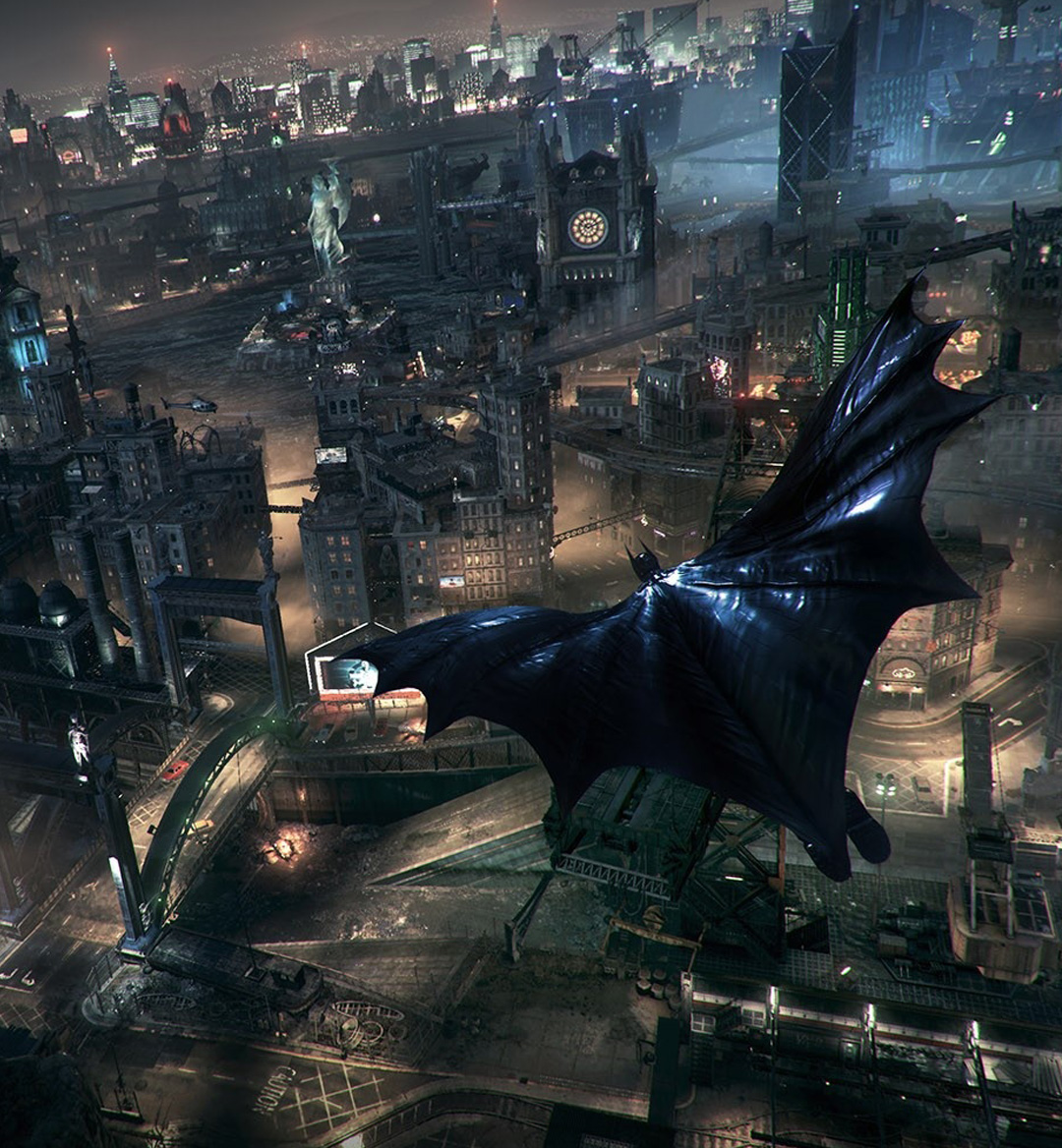 Open-world games are a favorite among gamers who enjoy open-ended gameplay and immersive settings. Thanks to improvements in technology, game developers are able to satisfy this demand with fewer limitations.

As one of the most powerful gaming systems currently on the market, the PS4 has experienced a bit of an open-world renaissance since its 2013 release. Almost seven years later and the PS4 has amassed an impressive open-world catalog. As gamers and industry speculators prepare for the upcoming release of new hardware, that catalog’s brightest stars could give us insight into Playstation’s plans for the next generation of open-world.

Released in 2015, Arkham Knight is the final installment in the critically acclaimed Arkham series of Batman games. The game places you in the role of Batman and his allies and does a convincing job immersing players in the dark world of Gotham City.

“It makes you feel like you are Batman,” was an often-repeated compliment among reviewers of the game and its prequels.

Years later and it still stands as a standard-bearer for other open-world superhero games (more on that later in the list).

The industry of movie game tie-ins is fairly straightforward. When Hollywood releases a blockbuster movie a not-so blockbuster game is hastily put together, largely for promotional purposes.

There are, of course, exceptions to this rule and 2015’s Mad Max is perhaps one of the more peculiar ones. While sharing the name and dystopian setting, the game’s narrative was largely divorced from the popular film. Instead, the game told a story that echoed the movie’s but rarely repeated the same beats.

The game itself was a flash-in-the-pan, garnering positive reviews before becoming obscure. This, however, has no bearing on the game’s tight controls, compelling (if somewhat brief) story and outstanding graphics. If there ever is an open-world game that deserves a cult following, this is it.

One of a number of games with the Tom Clancy branding on it, The Division succeeds where other open-world looter shooters tend to fail. The Division allows players to meticulously craft characters for any number of playstyles. This opens the game to a level of nuance that is difficult to replicate.

Or, in other words, it says a lot about the underlying concept of a game when a match between two equally-skilled opponents isn’t determined by luck but the quality of a character’s loadout. The Division thrives in the details.

Released in late 2017, Shadow of War improves upon the mechanics of its predecessor Shadow of Mordor. What the game lacks in staying true to the literary source material, it makes up for in its sheer size, with at least one reviewer admitting to feeling “overwhelmed” by the game’s sheer size.

The game certainly isn’t lacking in content, with the player having to work through a rogues gallery of surprisingly charismatic enemies. Book readers might not approve of the liberties the game takes with established canon, casual Lord of the Rings'  fans are sure to have few qualms with this vision of Tolkien’s classic tale.

It doesn’t get much more open world than space and Elite Dangerous, a game that takes place in an almost 1:1 recreation of our Milky Way Galaxy is as good as it gets.

Elite Dangerous is a titan in the space simulation field, rubbing elbows with the likes of No Mans Sky and highly-anticipated Star Citizen. The game puts the player in the cockpit of a vessel and challenges them to make their fortune, with minimal guidance.

Players are free to become space truckers, mercenaries or pirates, among many other roles. The game’s allure derives from the absolute freedom it affords you.

Often compared to Fallout, The Outer Worlds takes some of its cues from the popular Bethesda game while remaining in a class all its own.

The game’s story remains witty throughout and is clearly geared toward entertaining the player. The characters are memorable and charming, even the ones you’re clearly not supposed to like. That combined with polished gameplay makes The Outer Worlds one of the best open-world games you can get on the Playstation.

The most recent work by beloved director Hideo Kojima, it comes on the heels of a less-than-ideal uncoupling between the director and his former home of Konami. Expectations were high for this game and to say Death Stranding met those expectations is a bit disingenuous. Reviews for the game ranged from those who loved it to those who were too baffled to make heads or tails of it. Reactions varied widely, but the common denominator among all who played the game is the belief it’s worth a playthrough.

Released in 2018, Spider-Man takes several of its cues from the Arkham games. Everything from movement to combat has echoes of Arkham.

This doesn’t mean, however, Spider-Man is an Arkham clone. The game stands on its own merits with gameplay as compelling as its jam-packed story. If Arkham’s gameplay made the player feel like Batman, then Spider-Man’s story makes the player feel like Peter Parker and his superheroic alter ego. The story is where Spider-Man shines, as it delves into all corners of the superhero’s mythos. Longtime fans of the web-slinger will feel the game does him justice.

In the days before its release, the anticipation for this game was high. In many ways, the game met and exceeded those expectations. Everything from the story to the attention to detail was clearly done with painstaking effort and it shows. The narrative takes the player on an engrossing adventure that manages to outdo it’s predecessor Red Dead Redemption.

Although the gunplay isn’t as precise as dedicated shooters, the game’s mechanics are still enjoyable and will likely hold up for years.

Another game based on a popular fantasy series, The Witcher III is the followup to the criminally underrated Witcher II. At the time of its 2015 release, the game was considered the culmination of CD Projekt Red’s game making knowledge and abilities. Five years after its initial release, it’s still considered one of the most polished games from the team of Polish developers.

Unlike other open-world titles that emphasize exploration by reducing enemy encounters, The Witcher III packs its massive world with ample opportunity for the player to bloody their swords. Just don’t forget to toss a coin to your blacksmith.

Hideo Kojima’s farewell to one of gaming’s most recognizable characters not named Mario. Although the game’s production was stretched taut by the tug-of-war between Kojima and publisher Konami, the final product delivered the quintessential Metal Gear experience but in an open world.

Wide-open fields replaced the cramped corridors of past Metal Gear titles. As the setting opened, so too did the gameplay. Any given mission could lend itself to multiple methods of completion and given Kojima’s penchant for the surreal, players were encouraged to be as silly or serious as they liked. For a game mired in behind the scenes drama, it’s encouraging to see the final product wasn’t stripped of any of the quirks that initially attracted players to the franchise.

This 2014 title is an early attempt to recreate a real-world city inside of a game. An ambitious effort that paid off for developers Ubisoft.

Few players will mistake the setting for other major American metropolitan areas like New York, Seattle or San Francisco. Watch Dogs oozes with Chicago’s aesthetics, something the developers went through great pains to nail. Exploring the city is a treat in-and-of-itself.

Watch Dogs allure isn’t just in its settings. The game is filled with challenges and situations that keep the gameplay from becoming repetitive. The hacking mechanic is open-ended allowing the player to turn the open-world setting itself into a sort of weapon. How many other open-world games can make that claim?

Arguably the most popular of the franchise, Grand Theft Auto V wears its narrative on its sleeve. Taking place in Los Santos, a fictionalized version of Los Angeles, the game feeds players a wild story that, in some ways, spoofs the heist genre of movies popularized by films like Ocean’s 11 and The Italian Job.

Sex, drugs and explosions abound as the player builds their fortune with each absurd heist. Eventually, the player turns the city of Los Santos into their playground. Developer Rockstar Games manage to crank up the absurdist storytelling while still managing to keep the game and its setting grounded in reality. A must-play for fans of open-world gaming.

In many respects, Ground Zeroes bridges the gap between past Metal Gear’s confined gameplay and the open-world setting of Metal Gear Solid V. Players have free reign to explore the map as they emancipate their compatriots and unravel the mystery behind the enemy forces and their enigmatic leader. Ground Zeroes is ambitious, for a glorified demo. It continues the tradition by plunging the player into the world of Metal Gear with few instructions, which, in this case, is a good thing.

The most recent installment in the God of War franchise underwent several changes. First was in the characterization of the titular God of War, Kratos. Instead of an ultra-violent, perpetually enraged demigod, we have a tree-hugging father who only practices violence when forced to.

Second is the setting. No longer confined to the domain of Greece's pantheon, Kratos is now within the realm of Viking mythology and legend, with hints of other pantheons in future games. And third, the game is now open-world which allows the player to explore Midgard and other realms as they please. These three changes resulted in a game that, despite being a departure of the God of War many grew up with, garnered critical and commercial appeal.