We revisit some 2K classics 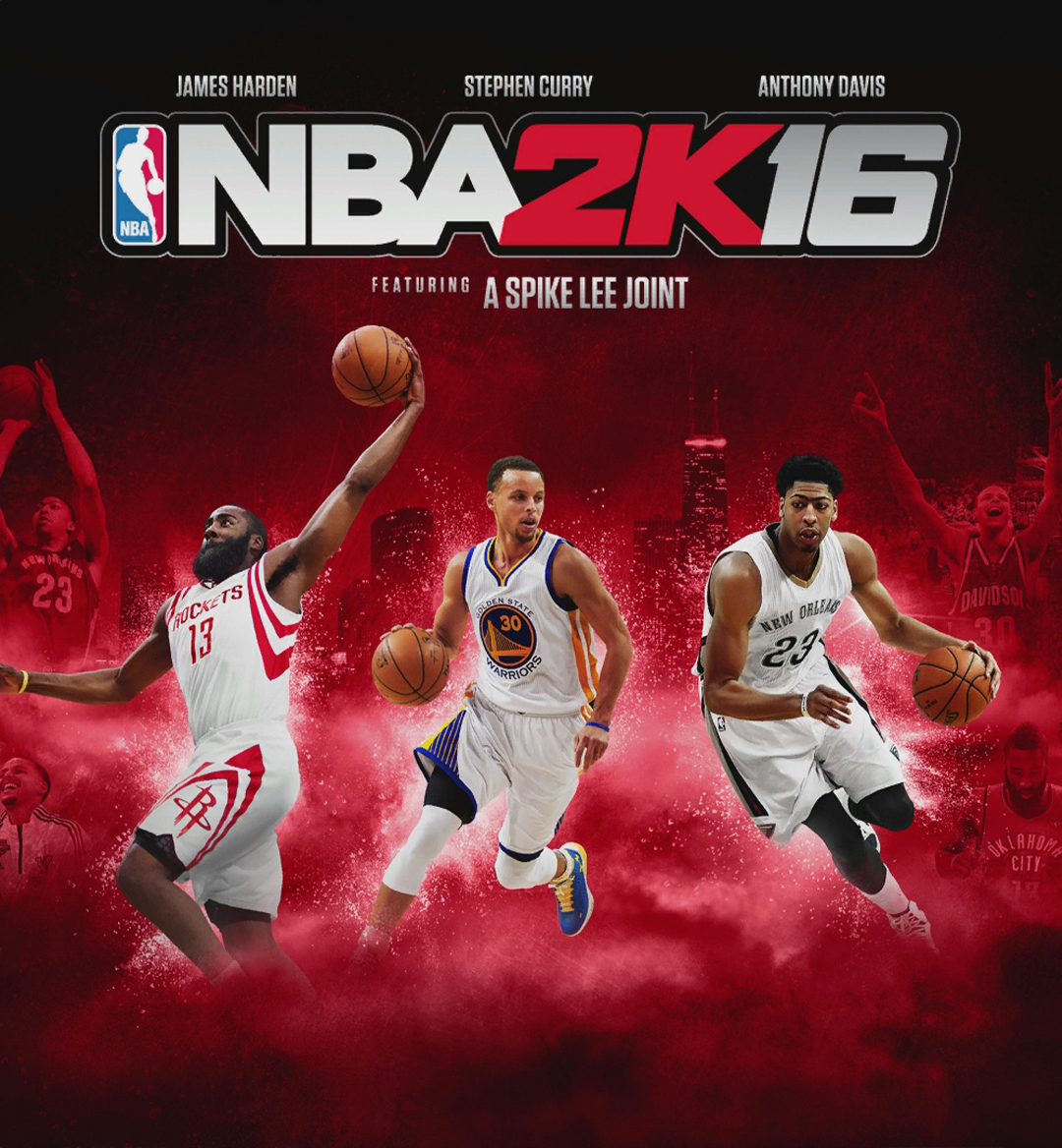 A couple of months ago, we put out an article about the best basketball video games that weren’t a part of the NBA 2K franchise. We told you guys that we would follow it up with a ranking of the best NBA 2K video games of all time, and now we are back to revisit some absolute classics that are not only among the best sports video games in history, but the best video games to ever be released in any genre.

Whether you are an avid 2K player or not, there is no denying the cultural impact that this franchise has had over the decades, and if you are long-time basketball video game fan, then you know that there was actually a period in time where NBA Live was considered superior to 2K. At some point in the early 2010s, 2K completely became somewhat of a universal phenomenon, and prior to the pandemic, 2K drops were almost comparable to major movie releases with live events, and appearances from some of the league’s biggest stars.

While we are still a few months away from the official launch of 2K22, it won’t be long before the trailers and rumors start buzzing around, so before that happens, let's take a look back at the ten games that have defined the 2K franchise.

While not considered the best game in the 2K series from a gameplay standpoint, 2K16 has to make any 2K list due to the sheer anticipation. The hype wasn’t just about the video game, it was also where the NBA was at that particular point in time. The Golden State Warriors' reign had just begun, with the team beating the Lebron James-led Cleveland Cavaliers in the NBA Finals a couple of months before.

James had just returned to Cleveland after a four-year stint in Miami, and while the Warriors were a solid team, they weren’t the favorites to win the championship that year. The rise of Steph Curry, Klay Thompson, and Draymond Green, combined with their bench, backcourt, and veteran leadership, proved to be the beginning of a new era. Curry, Anthony Davis, and James Harden were the cover features, and the game itself was a major turning point of the MyCareer mode.

There are some people that will argue that 2K6 doesn’t belong on this list, and we can understand that point of view. However, we feel that this installment still deserves a spot because it was a turning point in terms of game mechanics. Unfortunately, the success of NBA Live 06 overshadowed 2K6, so people aren’t truly familiar with its impact.

The graphics were great for the year in 2005, the simulation was crazy, and playing with the 05/06 version of Kobe Bryant was something that we can appreciate even more now. Shaquille O’Neal (who was playing with the Miami Heat at that time), was that year’s cover feature and enjoyed a friendly competition with his then-teammate Dwyane Wade, who was the Live 06 cover athlete.

ESPN NBA Basketball is technically NBA 2K4 and had all of the elements that previous 2K Installments offered up to that point. Allen Iverson was the cover athlete in what wound up being his last 2K cover feature, and this was the first 2K game to really emphasize the ESPN broadcasting component.

If you go back and look at any other 2K game prior to 2K4, the entire gameplay was eerily quiet. There were no ‘announcers’ or ‘sideline reporters’ checking in through the game, and you could barely hear the crowd. We didn’t think much of it since it was the norm back then, but the introduction of the ‘live broadcasting’ made us realize how strange that really was. The graphics and presentation were also enhanced from the previous year, giving players an overall better experience.

2K3 is another oldie but goodie that played a huge role in developing the many features that later 2K games have expanded upon. It was the first year of a three-year partnership with ESPN, and the overall ‘Sportscenter’ vibe helped take the game to the next level because it made you feel like your ‘highlights’ were going to be the ones to make the countdown.

The controls were slightly better from the year before, and the streetball element was especially cool considering the state of urban and hip-hop culture at that particular time. The 2K soundtracks have always been one of the most enjoyable aspects of the game, and the 03 edition remains one of the best.

2K11 wasn’t much different from 2K10 in terms of its features and what it offered, but it was another one of those games whose impact was influenced by the current state of the NBA. To understand the landscape: Lebron James had just joined the Miami Heat the previous summer alongside Chris Bosh to team up with Dwyane Wade and form a ‘Big 3.’ 2K10 marked the first game in which the Big 3 would be officially featured. Michael Jordan was the cover athlete, which proved to be an exciting addition to the game, and the ‘Jordan Challenge Mode’ was one of its biggest features.

We are putting this game on here not just because of our guy Kobe, but because 2K10 was the first real start of the 2K series overpowering NBA Live. 2K10 introduced Blacktop online, a mode where you can play with any current or historic NBA player, or your MyCareer player if you wish. Blacktop online was a game-changer in the basketball gaming community, as it came during the very early phases of YouTube game reviews and streaming.

This is where things are going to start getting tricky. Every 2K game introduces something new, but in terms of overall gameplay and controls, 2K hasn’t really changed that much over the last few years if we are being completely honest (and the last two years haven’t been received that positively). So at a certain point, ranking 2K games becomes a matter of what that particular game introduced, the hype/impact surrounding the release, and how it was received.

With 2K13 it was the incorporation of both the 1992 and 2012 Olympic teams, and the Jay-Z narrations. The gameplay was solid as well (though some had issues with the dribble controls), and 2K13 was the first game that really highlighted sneaker culture. A solid game for sure.

Believe it or not, the older 2K games just may be better in terms of overall development because the changes were more significant from year to year since the game (and technology) was in its early stages. 2K2 was huge because it was the first time the series was available on Playstation 2, GameCube, and Xbox. This helped to expand the 2K audience by making the game more accessible.

2K2 was also the first game to accurately reflect players' abilities and skillsets. Before 2001, you could have Shaquille O’Neal and Tim Duncan draining 3s from just about anywhere on the court, and while that was fun, it wasn’t realistic at all. At some point, basketball video games were going to have to match real life, and 2K2 was the start of that.

2K16 was a tough act to follow, but 2K17 delivered with its MyLeague mode. Mechanically speaking, the game wasn’t too much different from its predecessor, but it was the first time in 2K that expansion teams could be added, and all 30 NBA teams could be relocated to different areas. While the realistic elements of a game are important, the fantasy elements still remain critical as well. We all know that you can’t move a team with a click of a button in real-time, but being able to do it in a game is wildly fun.

We are going to take the bold stance of putting 2k14 number one. Why? Lebron James. Now you may be rolling your eyes, but James being on the cover was truly iconic because people had been begging him for years to be on the cover of either Live or 2K. The biggest star in the league not having a cover feature was something of an anomaly, and when James was announced, it caused mass hysteria. People who had stopped playing 2K (or basketball games in general) picked up 2K14 just because James was going to be on the cover. 2K14 also saw the introduction of MyPark, which was probably the official mark of 2K overtaking NBA Live.