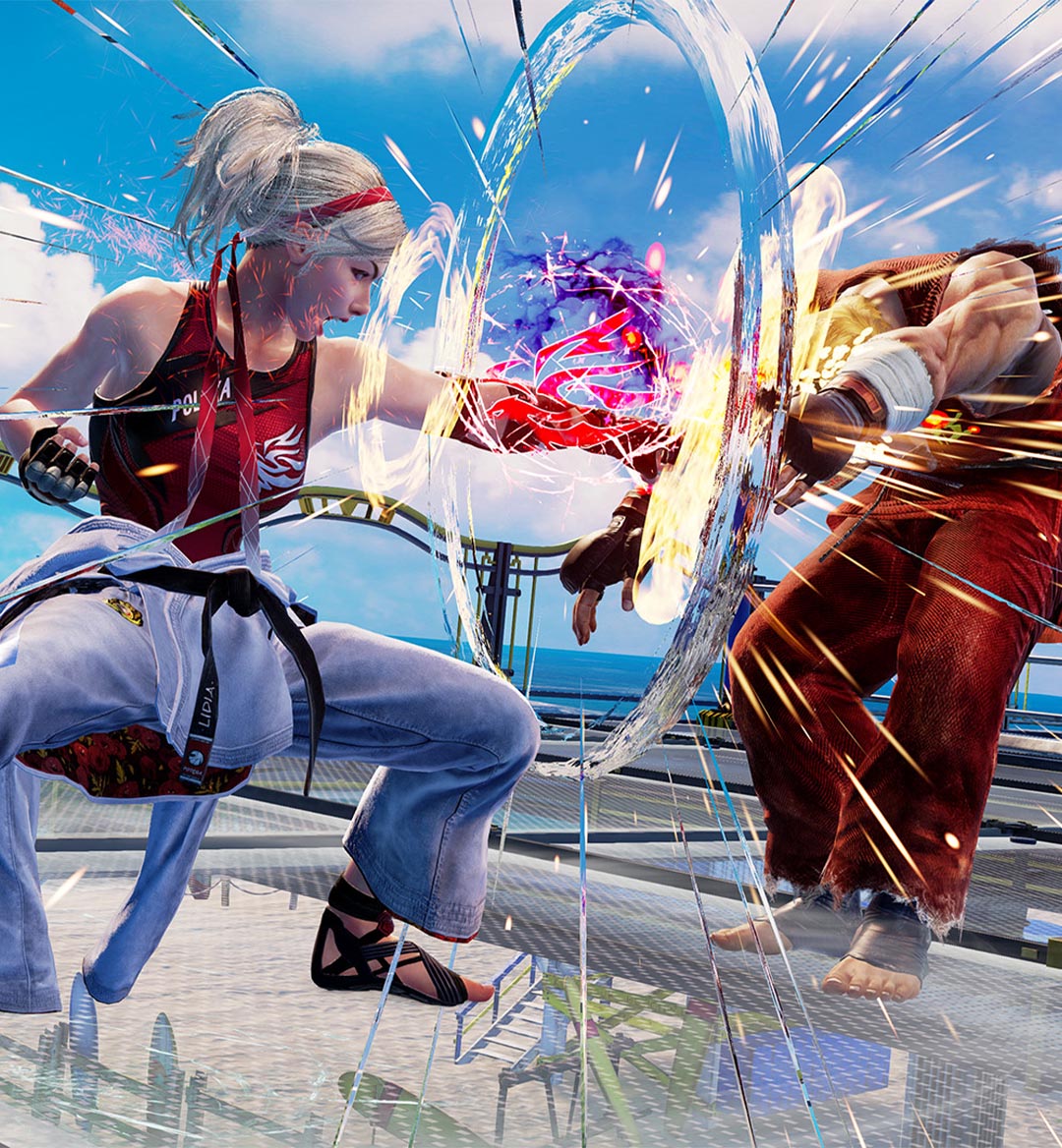 Fam - folks have been catchin' W's, takin' L's, and getting super hype over slow-motion finishes in Tekken 7 since 2015!

It's pretty wild to fathom just how long the seventh entry in the long-running Tekken series has been going strong. Since making its way over from Japanese arcades and finally plopping itself down on home consoles, the top 3D fighter in the world has gotten a wealth of content in the form of "Ultimate Tekken Bowl," the welcome return of franchise mainstays, and the surprising debut of guest characters from some IPs no one ever expected to see.

Seeing as how Tekken 7 seemingly ended its seasonal DLC rollout with the release of Lidia Sobieska, my gut is telling me that we've reached the end of the road for new content. And with that being said, I think now's the perfect time to look towards the future of "The King of the Iron Fist Tournament" and what it could entail. The eighth Tekken will surely mark the end of the Mishima Bloodline feud between Kazuya and Jin, but also mark a new beginning for the fighting game franchise as a whole. 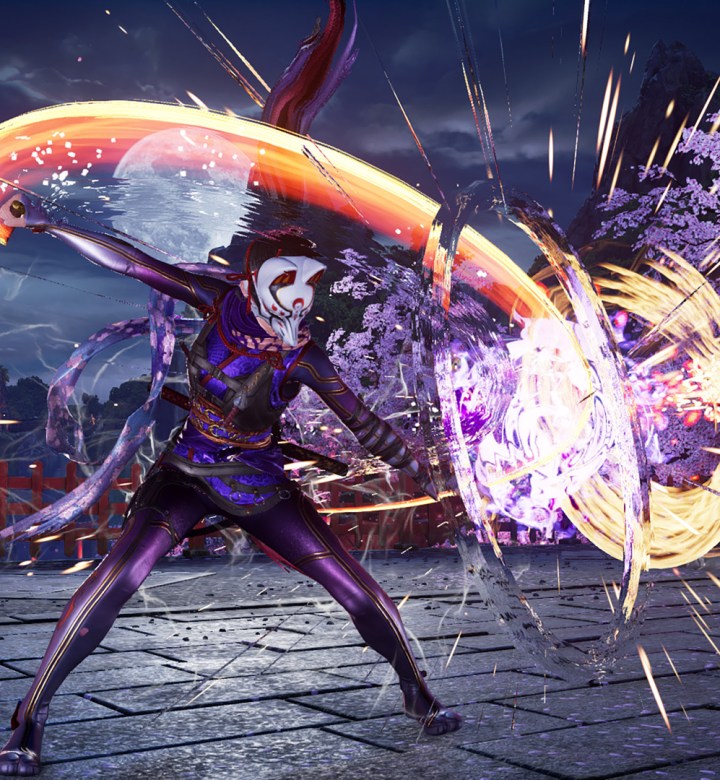 Longtime Tekken Director Katsuhiro Harada may have told the FGC that Tekken 7 incorporates rollback netcode. But let's keep it a stack, y'all - it doesn't feature the type of rollback that makes playing Guilty Gear Strive and Marvel vs Capcom: Infinite such a rewarding experience. In order for the next Tekken to bring even more casual eyes to the product, then it needs to implement a new and improved rollback netcode suite. I'd love to test my mediocre Kazuya and Kunimitsu skills against non-US residents and have those matches feel silky smooth as if I was grinding in a Japanese arcade.

2. The Return of an Actual Arcade Mode Ladder

Tekken 7's arcade mode goes by in a flash. It doesn't stick to the traditional ladder of foes players came up against in previous series entries - it places you against a minuscule number of opponents and has you battling against the final boss without really breaking much of a sweat. The next Tekken should really go back to basics with its arcade mode implementation - pit players against seven regular members of the roster, have the eighth combatant arrive as your character's main rival alongside a brief cutscene, and send them into the final battle against an epic adversary. Then bless players with a cool cinematic ending that puts a bow on everything they just went through. If the game's devs really wanna go over the top with Tekken 8's arcade mode, they should follow Street Fighter V's mold by implementing past games' arcade mode ladders and offering throwback endings as a reward! 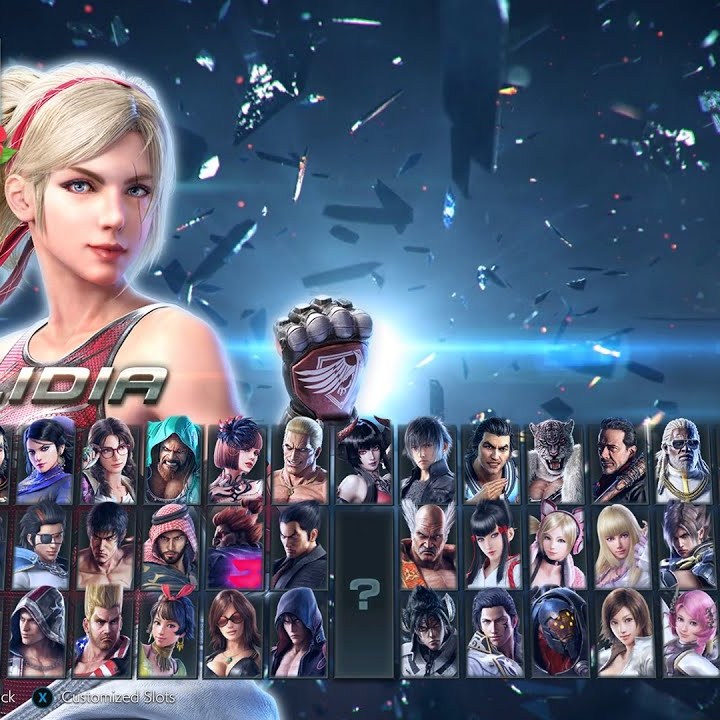 Once Tekken 7 finally came to consoles in 2017, it thankfully arrived with a massive roster that was due in part to the arcade version's constant updates. Imagine how happy everyone was when they copped Tekken 7 on day one and had access to 35 characters right off the bat! Since I've become so accustomed to having a sizable offering of fighters available to me on day one once a new Tekken comes out, I'm gonna need Tekken 8 to also come correct with a worthy roster.

I can live happily without ever having to see Lucky Chloe, Shaheen, Claudio, and Gigas ever again, to be honest. Replacing them with some new faces that come with fresh interpretations of martial arts styles sounds like the move to make to me. Leaving Tekken 7's guest characters behind and incorporating the likes of Lidia, Fahkumram, and Leroy as base characters in Tekken 8 is also a viable move worth making. Offering a nice mix of series regulars, brand new faces, and past DLC characters that made their debut in Tekken 7 would work wonders for the starting roster in Tekken 8. 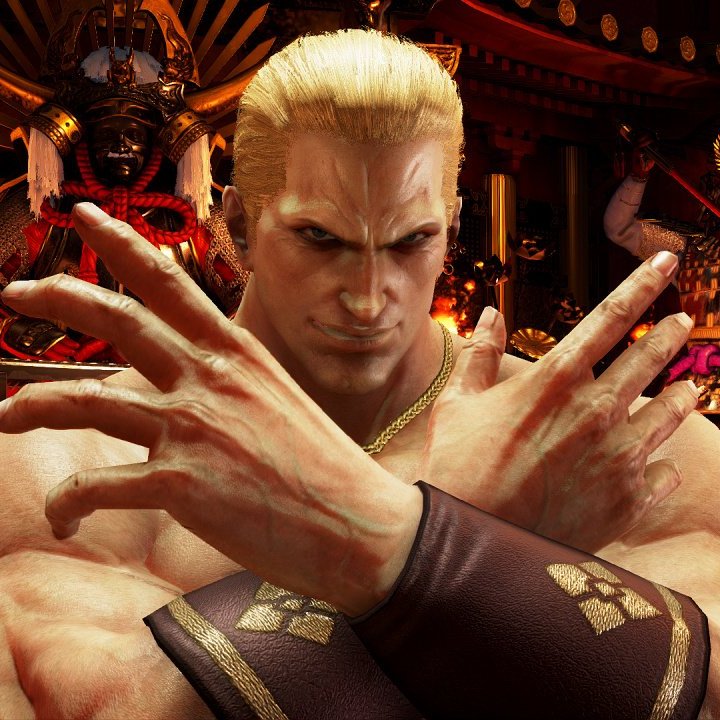 Tekken 7 blew everyone's minds once it added some off-the-wall guest characters that hail from legendary 2D fighters. Akuma (Street Fighter) and Geese (Fatal Fury) shocked the FGC when they made their way into the 3D fighting game realm while still retaining their 2D movement and movesets. Then Tekken fans were treated to even more mind-blowing guests, such as Noctis (Final Fantasy XV) and Negan (The Walking Dead).

Once Tekken 8 finalizes out its starting roster, it also needs to do things a bit differently when it comes to including guests in on all the fun. Harada is such a huge Virtua Fighter fan, so it'd make all the sense in the world for him to throw Jacky & Sarah Bryant into the Tekken mix for the very first time. Maybe Tifa Lockheart from Final Fantasy 7 could also be a fun possibility? And two lady combatants from Dead or Alive, such as Kasumi and Ayane, would also make for celebrated guest combatants. I pretty much want characters that fit more comfortably into a 3D fighter once Tekken 8 becomes a reality.

I can't tell you how many hours I poured into Tekken 6 and Tekken Tag Tournament 2's character customization modes. Whenever I'd catch a glimpse of my online friends' crazy custom costumes, I'd always be inspired to make some of my very own. Both those games did an amazing job of giving players hella options to tinker around with in order to make their favorite characters look just like familiar faces from other forms of media.

Tekken 7's character customization suite pales in comparison to what came before it. There just wasn't a whole lot to do in order to make your faves look as unique as possible, which is why I usually found myself spending less time dressing up the game's roster. Here's hoping Tekken 8 goes back to the days of extensive customization options that allow me to make my faves look like characters from my favorite anime, other fighting games, and even adopt the likeness of my favorite wrestlers.

No doubt, Street Fighter V has its fair share of uninspired Critical Arts. But much of the game's roster has a variety of creative super moves that always look amazing in motion. However, in the case of Tekken 7, all of its Rage Arts are nothing more than stitched-together sequences of familiar moves that don't elicit a ton of hype as they play out.

Tekken 8 will need to up the ante in the area of creativity when it comes to the return of Rage Arts. Steps need to be taken towards making them look as unique as possible so that they feel more satisfying as players pull them off to nab another hard-fought victory. The cinematic camera cuts and slow-mo moments are already in place and should stay that way. I'm just ready to pull off some finishing moves that look way cooler and play out in a more exciting fashion. 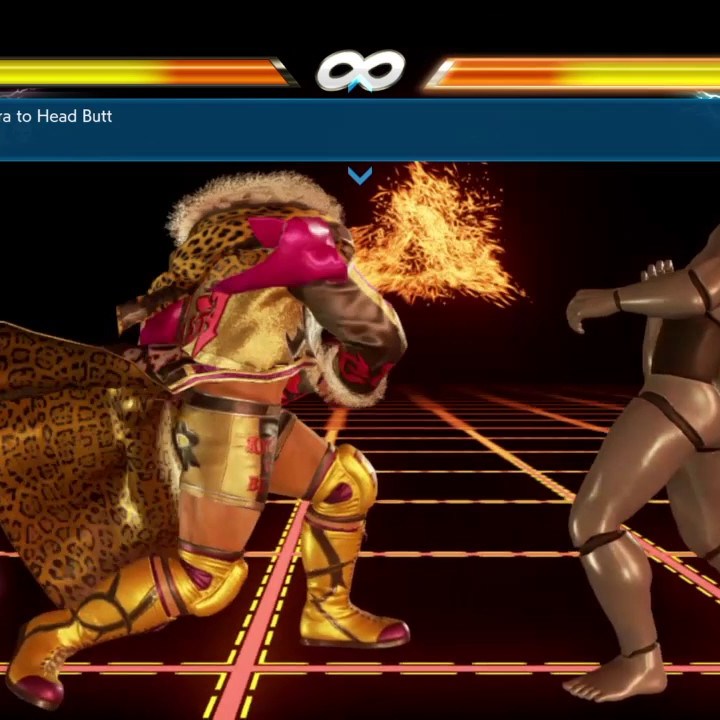 Tekken has been a part of my life since its very first entry in 1994. And now that I'm a veteran in this whole fighting game thing, I've become familiar with its complex combo strings and hardcore players' usage of the "Korean Backdash" to quickly zip around the battlefield. It becomes so daunting for newcomers to wrap their heads around each character's massive arsenal of moves and it's even tougher for those same folks to understand the intricacies of Tekken.

If Tekken 8 wants to bring even more casuals into the fold, it needs to implement a more comprehensive tutorial mode. I'm totally fine with keeping the parts of that mode suite that lets you try out every move within a character's moveset and learning the frame data behind each maneuver. But a retooled tutorial mode for the next Tekken has to throw in lessons that go over its signature mechanics in great detail while also rewarding players for their successful completion of each lesson via Fight Money. A tutorial mode on par with Killer Instinct (2013) and Them's Fighting Herds sounds good to me.

8. Give It a Current-Gen Coat of Paint and New Moves for Every Character 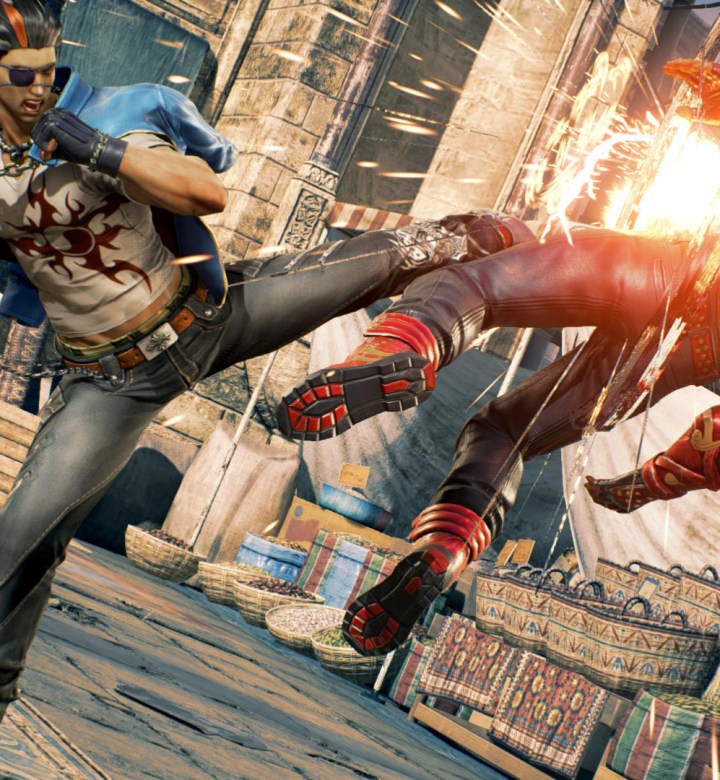 The jump in visual presentation from Tekken 2 to Tekken 3 is definitely responsible for making the series' third entry the best-selling Tekken of all time. Fans and curious onlookers couldn't help but get caught up in the mind-blowing visuals on display in Tekken 3, which is why that game ended up in millions of living rooms across the globe.

All the games that came after Tekken 3 have stuck close to what that game introduced on a visual level, which is fine. But I think it's about time for a refresh in that regard. Some sort of leap in graphical fidelity is a must now that the PS5 and Xbox Series X|S consoles both exist. New fight sparks and cool makeovers for series regulars could be just what the next Tekken needs to garner the same sort of attention Tekken 3 garnered back in the day. 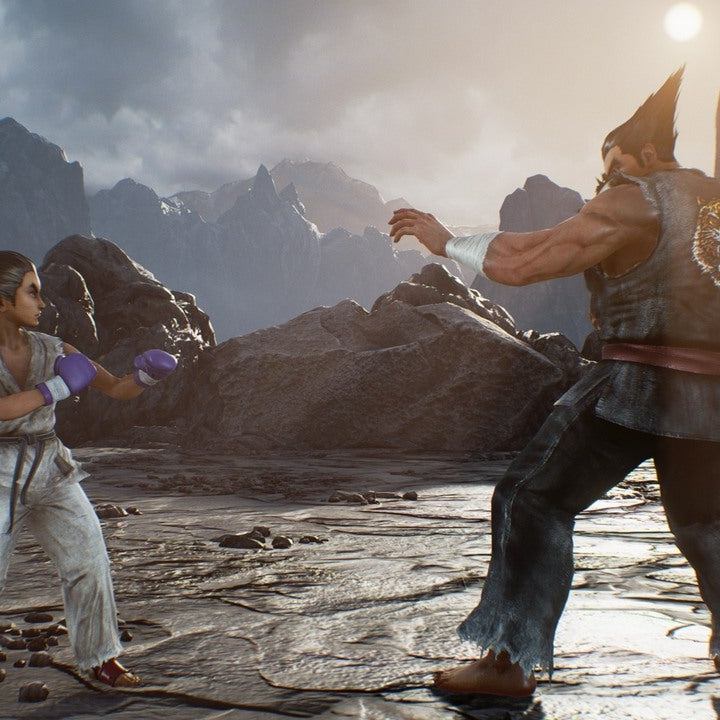 Now was Tekken 7's story mode a bit lacking in parts? Yep! The whole concept behind playing the role of a random journalist following the final showdown between Kazuya and Heihachi just didn't work for me. Plus the all too brief side chapters for the rest of the roster was a huge letdown. I was a huge fan of the story mode's usage of letting me play out past events within the Tekken timeline, plus I couldn't help but appreciate the game's usage of gorgeous cinematics to visualize the story's bigger events.

Tekken 8 has to go big if it wants to tell the war between Kazuya and Jin in a more productive manner. I wanna see a new Tekken story mode implement the option to play with one of two characters during specific fights, feature special tag battles to freshen things up, and feature full cutscenes all the way through like Mortal Kombat & Injustice have done. Now am I asking for too much here? Possibly. BUT I STILL WANT THESE CHANGES, DAMMIT!

10. The Return of Tekken Force Mode 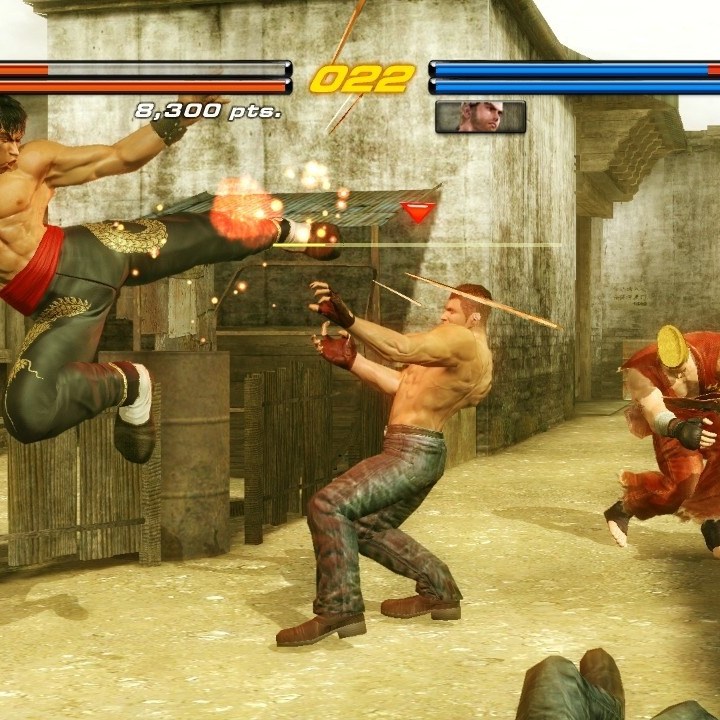 I love me some "Tekken Bowl," boy! When Tekken 7 implemented "Ultimate Tekken Bowl" as a free batch of DLC, I was overjoyed...until I found out it was strictly offline. Then I couldn't help but feel bummed out as I played it by myself for a bit until I wasn't compelled to play it anymore.

I've gotten quite used to each Tekken since the third entry incorporating a silly side mode of some kind. And while I adore hitting strikes with an overpowered Jack model in Tekken Bowl, I'm ready to hop back into Tekken's spinoff beat 'em up mode in place of it. The most recent version of the "Tekken Force" mode came in the form of Tekken 6's "Scenario Campaign," which was super fun thanks to its implementation of a co-op mode. I wanna see that mode come back even bigger and better with an online co-op option put in place to further increase its replay factor.