What Is Wordle? The New Mobile Game Going Viral 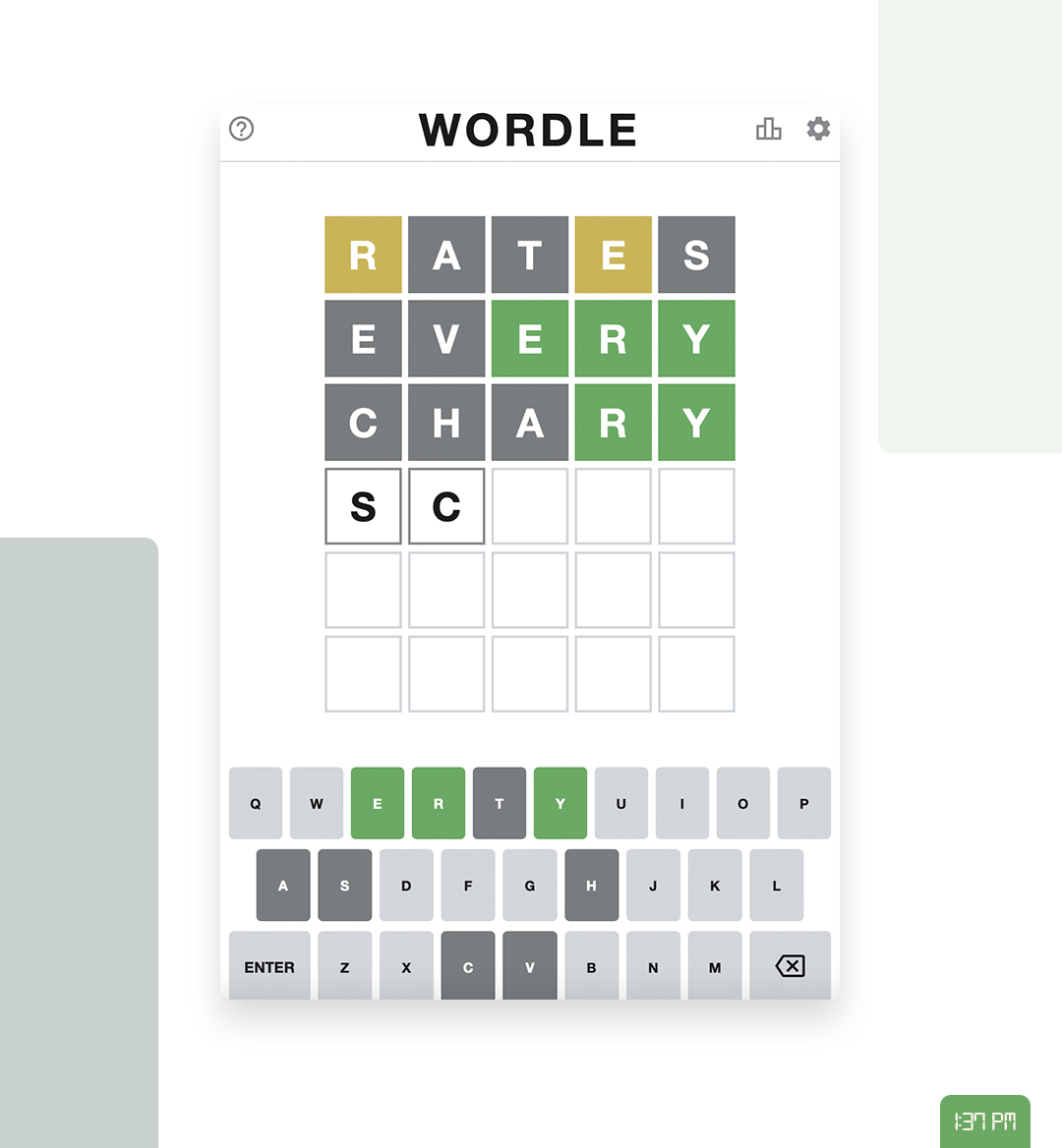 Wordle, the hottest game on the internet, isn’t some cartoon-y battle royale where middle schoolers Floss dance over your virtual corpse. It doesn’t have a dopamine-flooding progression rewards system or some easily-memeable viral hook. There aren’t even birds of either the Flappy nor Angry variety. Instead, Wordle is as bare-bones as it gets, a frills-less web page where you’re given six chances to guess one five-letter word each day.

The mechanics of the game are simple: you enter a five-letter word and each letter then turns green (right letter in the right spot), yellow (right letter, but in the wrong spot) or gray (the letter isn’t in the word). From there, you get five more attempts to wrangle and identify the word and make all the tiles light up green. For your troubles, you can share your score in the form of a little color-blocked graphic, a small-time shibboleth to fellow Wordlers that you’re a big smart guy who knows words like tiger or banal or gorge.

While this may sound dauntingly hard (at first, it can feel like trying to solve a crossword without clues), one of the reasons for the game’s success is that Wordle strikes the sweet spot between difficult and accessible, managing to be challenging without ever being discouraging. With six chances to solve each day’s puzzle, the odds are titled in your favor, but not to an obvious, fun-killing degree.

Why Should I Play Wordle?

Wordle is the rare thing that exists purely because it’s fun. In a world where nearly every space of the internet has been colonized by corporate interests and entertainment has basically transformed into ads for the ads, Wordle was created by software engineer Josh Wardle as a gift to his girlfriend last summer: she likes word games, so he made her one. Even as culture becomes gamified and abstracted in dystopian ways (like being able to gamble on court cases with bitcoin), Wordle is a walled garden for harmless fun, free of intrusive pop-ups or Slack messages from your boss.

Since the game has ballooned from around 90 users to now over 300,000, a small community has formed around it. People on the Wordle subreddit trade strategies.“Wordle” trends daily on Twitter as people share their score. Linguists and cryptography enthusiasts share their attempts to craft the perfect opening word—options like “SOARE” or “OUIJA” or “RATES” are strong openers because of their density of either vowels or common consonants.

Moreover, the game possesses a charming impermanence—each day’s edition is up for 24 hours and then disappears into the ether. There isn’t even an archive of previous Wordles, much to our chagrin. In this sense, Wordle is the virtual equivalent of stepping out of a crowded bar to smoke a cigarette with a friend, providing a brief respite from the din of online life; it's a reminder that there are still some nice, little things you can allow yourself as a treat, at least for a few minutes each day.

Where Can I Play Wordle?