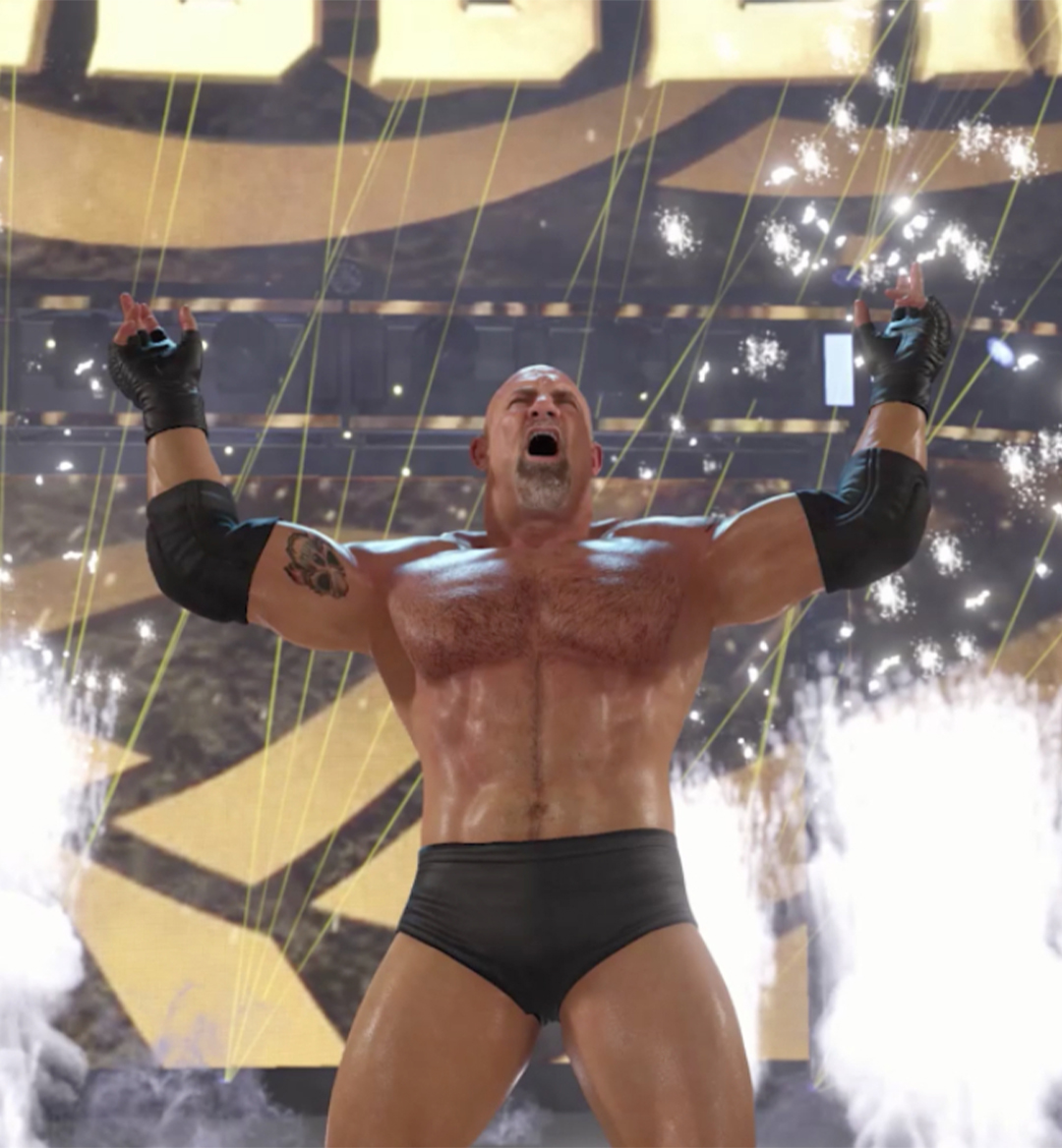 Annualized sports games have become the bane of existence.

As someone that used to adore the NBA 2K series, it pains me to see the franchise slowly deviate from its previous greatness as a new entry releases every year. My wrestling fandom has certainly taken a hit in the video game department ever since the massive disappointment that was WWE 2K15 came my way. And the less said about WWE 2K20, the better.

All eyes were on Visual Concepts to come back stronger when the decision was made to push back their next wrestling simulator an extra year and some change. Even with all the confidence-boosting gameplay trailers I and everyone else were treated to for this new game, I was still a bit wary of how the final product would turn out. I'm happy to tell you all that most of those fears have thankfully subsided - WWE 2K22 is a triumphant return to form for the only major wrestling game in town.

First off, a hearty round of applause for Visual Concepts when it comes to WWE 2K22's vastly improved graphics and overall presentation. The off-putting replications that permeated WWE 2K20 are no more - they've been replaced by amazingly lifelike 3D interpretations of wrestling's past, present, and future superstars. Besides the vastly improved roster members in the looks department, WWE 2K22 does an incredible job of bringing the signature TV presentation of WWE to life in the best way possible.

The lights shine brighter, the crowd response to the in-ring action sounds more realistic, and the commentary is no longer as annoying as it used to be. Now there are still some visual hiccups that happen from time to time - downed wrestlers' bodies may contort into weird positions out of nowhere and weapons might get stuck on the apron while you're desperately reaching for them. These bugs aren't a regular occurrence though, so I don't have too much to harp on in that regard.

The new control scheme works great for the most part. Strikes are now split across two buttons, plus you can pull off simple button combos that result in a series of strikes that can end in sweet-looking grapples. The action moves at a faster pace, plus the new camera viewpoint brings players, even more, closer to the action at hand. I had a ball figuring out my chosen wrestler's combos, which lends WWE 2K22 a slight semblance of fighting game mechanics. The new counter system felt a bit unwieldy at first - it's a bit harder to differentiate between the telltale signs of what move your opponent is about to do so you can pull off the proper counter in time. But after a few matches, I got used to recognizing the perfect opportunity to counter weak/strong strikes and grapples. Overall, WWE 2K22's new playstyle works extremely well. 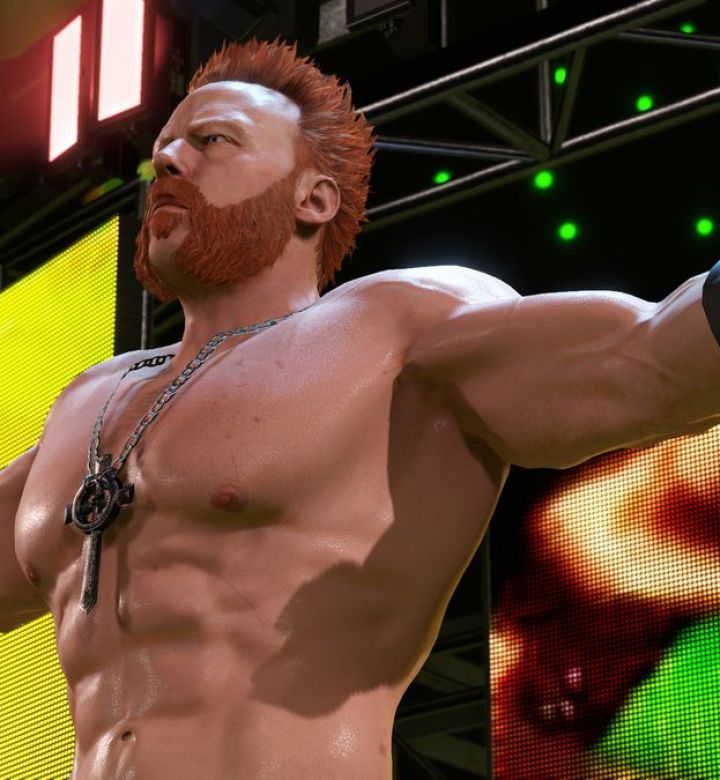 The full suite of modes offered in WWE 2K22 are many - Showcase centers around the very best moments of Rey Mysterio's career, MyGM makes its return, MyFACTION makes its debut, and MyRISE offers a new take on the series' legacy Career Mode. So first things first, let's have a chat about this year's Showcase.

I gotta keep it a stack with you all - this year's Showcase is kind of a letdown. I'm a huge wrestling historian like all of you reading this right now and I was looking forward to actively participating in Rey Rey's legendary career. Matches such as his Halloween Havoc '97 classic against Eddie Guerrero, his SummerSlam '09 banger against Dolph Ziggler, and his slept-on Royal Rumble 2010 bout against The Undertaker are all here and accounted for. Completing assigned tasks during each match is still a thing, but the inclusion of spliced-in footage from the actual matches and commentary from the Luchador himself makes the whole experience even better. However, the shocking omission of past WWE legends hampers this mode greatly. Rey has had incredible matches with the likes of Chris Jericho, Kurt Angle, CM Punk, and countless others.

But since those three and a few other of Rey's biggest rivals aren't in the game, most of Rey's most memorable accomplishments are missing from Showcase. Not being able to play out Rey's WrestleMania 22 title win or even experience his underrated clash with CM Punk at Over The Limit 2010 is super deflating. John Morrison's in the game, yet his SmackDown classic against Rey in 2009 isn't even included! While I understand that this year's Showcase is all about Rey's victories, it still would have been nice to cover his other incredible matches that ended in losses. All in all, Rey's Showcase feels far too incomplete and will bug the hell out of all you other wrestling nerds out there.

MyRISE is one of the best modes in WWE 2K22. The storytelling is so much better than the insanely corny plot devices used in WWE 2K20, the many ways you can proceed through your burgeoning WWE career offers tons of replay value, and the option to play as a male & female superstar is great. The voice acting is way less cringy this time, so I had no issue chatting up my fellow NXT trainees, Hall of Fame trainers, and main roster rivals in the locker room. And the crazy side missions you can participate in produce some of the more outlandish matches I had a blast playing. This new and improved take on Career Mode completely knocks it out of the park.

MyFACTION could have turned into a microtransaction trap that forces players to spend real money to get a leg up on the competition. But that's shockingly not the case - drafting a decent group of superstars in order to create your own stable feels fair even in the face of stronger opposing groups. I didn't feel the need to pull out my digital wallet to spend some credits to (hopefully) draft a highly rated legend for my roster - my Roderick Strong did just fine when it came time to lock up with someone that had higher stats than him. MyFACTION quickly grew into an enjoyable addiction for me thanks to its wealth of rewarding challenges. My only gripe with this mode is the 4v4 Faction Wars matches that take forever and a day to get through. 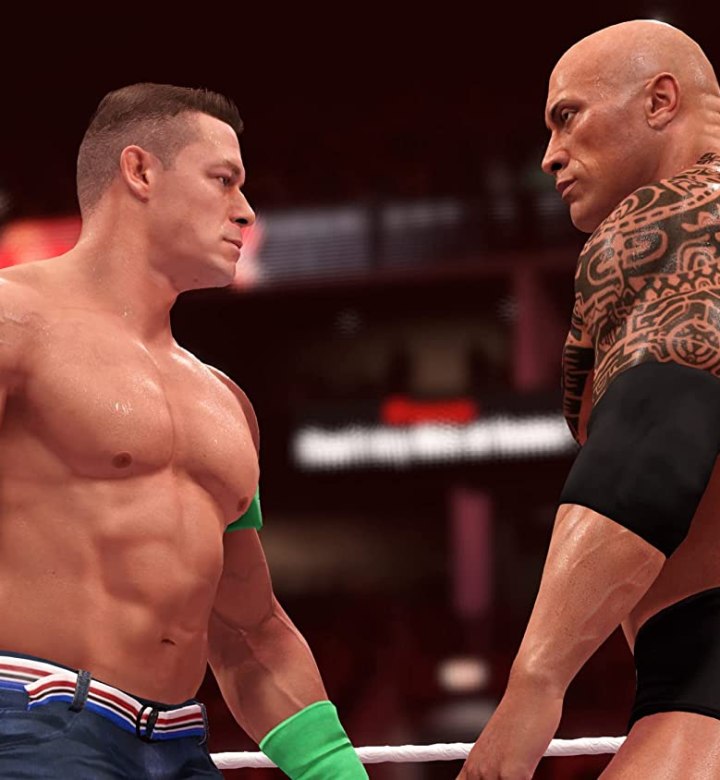 So...how's MyGM? Welp, it sucks. It's severely lacking in comparison to the GM Mode's that existed within past SmackDown vs. Raw series entries. MyGM doesn't let you run your own custom brand, you can only book singles or tag team matches, only one main men & women's champion exists on your roster, and you can only book a minuscule three matches on your weekly shows. The presence of GM ability cards that aid you or trip up the competition is a cool concept, but it's trapped within a poor take on something I used to play for hours back in the day. What was supposed to be a grand return for such a highly requested mode turned out to be nothing more than a whimper.

Universe Mode is largely the same, which is fine. You can still customize your chosen brand any way you see fit and actively participate in each & every match. The new option that allows you to follow a single wrestler's journey is a welcome one - I quite enjoyed taking Bret "Hitman" Hart through a career resurgence on SmackDown that resulted in a WrestleMania title win. Universe Mode's usual bells and whistles have been kept intact and largely unchanged, yet I have o issue with that whatsoever. 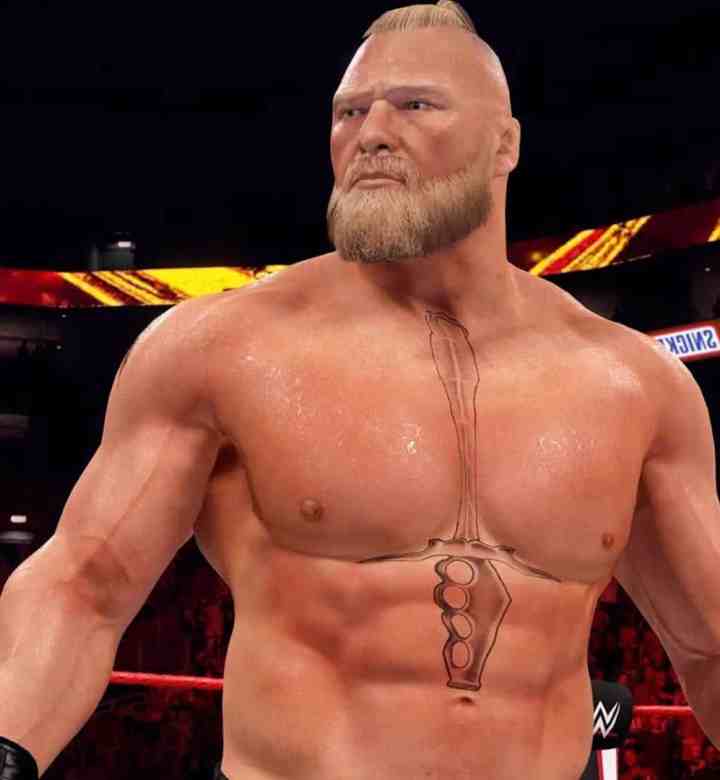 So what's my final verdict for WWE 2K22? It definitely "hits different" as advertised. The roster (which has a ton of released talent, I might add!) is great, the graphics shine brighter than ever before, and the retooled control scheme & increased gameplay speed are all commendable features. MyRISE, Universe, the always expansive Creations suite, and MyFACTION certainly prove beneficial as well. Sadly, this year's Showcase ends up being let down by some key roster members that have gone missing this year. Plus MyGM ends up being a heartbreaking disappointment when you consider what all of us SmackDown vs. Raw fans got in the past. Even still, I gotta give all the kudos in the world to Visual Concepts for taking their time on this one. WWE 2K22 isn't exactly Hall of Fame worthy, but it's still worthy of being recognized as superstar material.