The History of '80s Hip-Hop Fashion 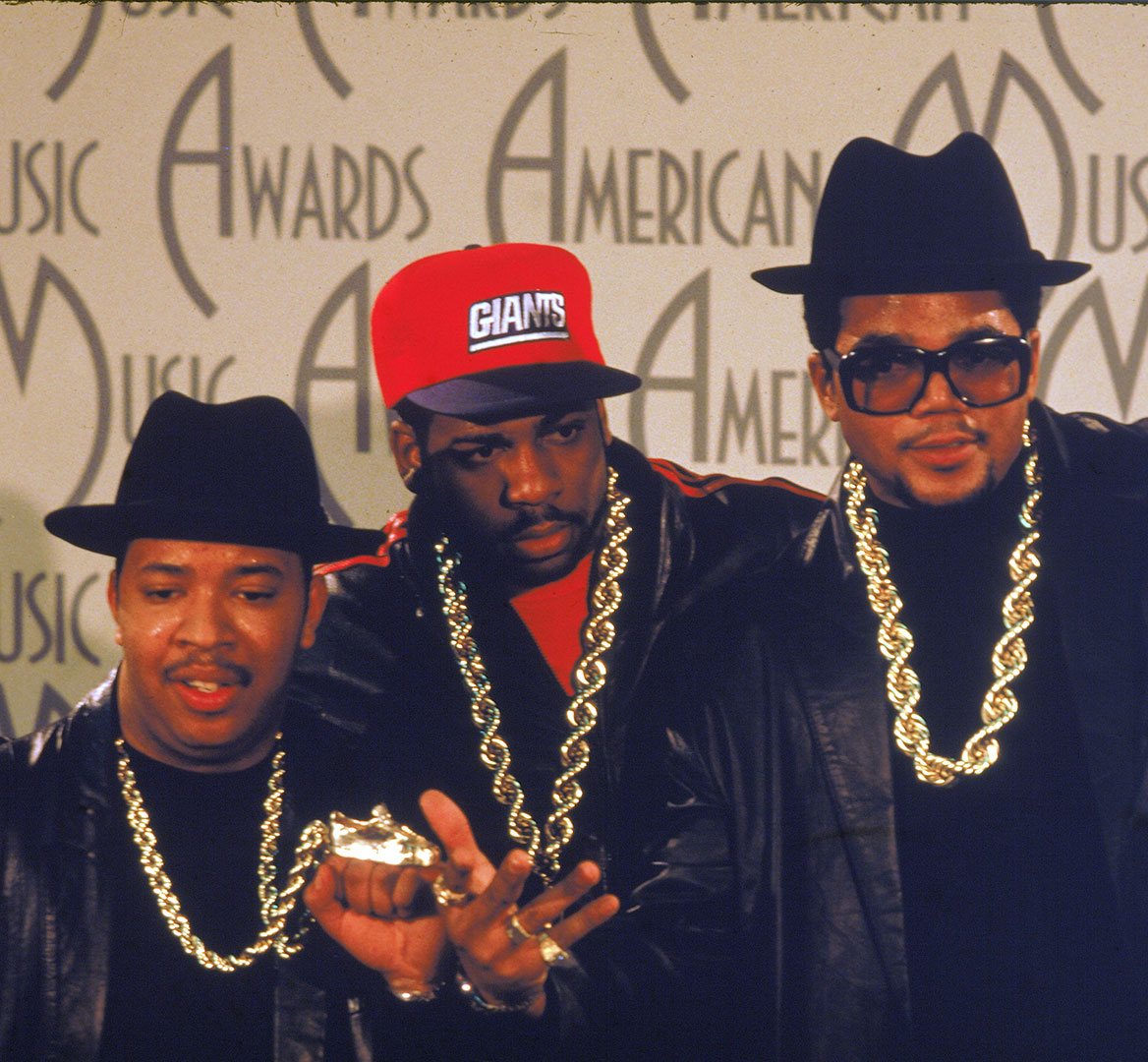 When someone says the word “hip-hop,” even its most avid followers and those you’d describe as the hip-hop community will think of music. That’s only natural. Since the culture’s supposed inception on Aug. 11, 1973, rap music has by far been its most popular and lucrative export. The biggest names in hip-hop are all from music: Jay-Z, Eminem, Kanye West. But hip-hop influences the world in many more subtle ways, like fashion throughout the last few decades. When we think of hip-hop fashion today we might just think of some high fashion brands and designer wear, but the 1980s saw a more eclectic range of brands that got hip-hop’s support. Looking back, it was an incredibly important decade that shaped the rest of the culture for decades to come. 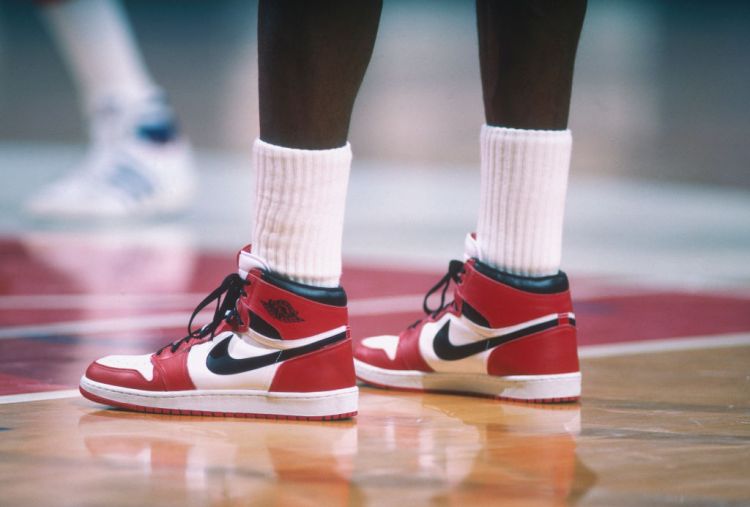 Focus on Sport via Getty Images

Just as it is today, sneaker culture was also incredibly important back then. The Air Jordan brand was established in 1984, and the Jordan 1 was released in 1985. Even today, the Jordan 1 is an iconic sneaker and one of the most popular of all time. When the 1 drops, you can bet that the resale value will be high. In the ‘80s, Jordan also released the underwhelming 2, the iconic 3 and classic 4. With that being said, Air Jordan and even Nike were nowhere near as dominant as a force in sneaker culture as it is today.

Back then, Reebok, Fila, Adidas, and Puma were all on-trend. In the mid-’80s, Run-DMC recorded and released “My Adidas” after company executives watched them perform at Madison Square Garden—Adidas executive Angelo Anastasio gave them a $1 million endorsement deal. If that number seems ridiculous to you, Angelo Anastasio had revealed that in the four years after signing the deal, the group generated over $100 million in sales. This gave the company a huge boost over Nike, whose growth was exponential at the time.

One of the biggest names in sneakers in the ‘80s was TROOP. The original founder, Teddy Held, had expressed his joy in seeing LL Cool J wear his TROOP sneakers and said that moment was when he felt accepted. However just as quickly as the brand rose to prominence, it fell to pieces. At its height, a rumor spread that TROOP was run by the KKK and stood for “To Rule Over Oppressed People.” This was not true, but MC Shan ran with it. “Puma’s the brand ’cause the Klan make TROOPs,” he rapped on his 1988 single “I Pioneered This.” In a 2004 interview, Eminem told XXL that everyone he knew threw out their TROOP sneakers after that song dropped. The brand started and finished at the hands of hip-hop. 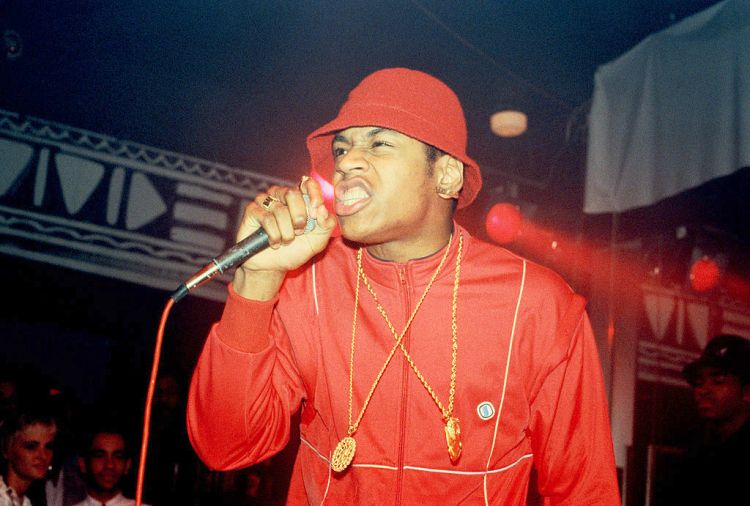 When you think of bucket hats today, ScHoolboy Q may be the first rapper who comes to mind. But back in the 1980s, LL Cool J was the man in many hats, one of them his Kangol bucket. Though he wasn’t the first rapper to do it, he was one of the biggest. On the back cover of his 1985 album Radio, he wore a pair of Bred 1s and a red Kangol bucket. The style then got upgraded to appear on the front cover of his 1987 album Bigger and Deffer and it is considered his most iconic style choice from any era. The MC helped usher Kangol into not only Black America but also mainstream America.

As well as clothing, ‘80s hip-hop artists also donned incredible jewelry. As the culture grew in prominence and size, so did the chains. Rappers often wore colossal gold ropes, gold rings, and gold watches, long before Trinidad James was ever a thing. On the cover of their classic album Paid in Full, Eric B and Rakim wore jewelry that Ben Baller estimated to be worth a total of $200,000, which is closer to half a million dollars in 2020 money. Rappers would compete with each other to see who had the flashiest, most expensive pieces and fashion designer Isaac Mizrahi took note. Studying a decade of hip-hop fashion, in 1991 he incorporated similar accessories to his New York Fashion Week runway show for a look that Women’s Wear Daily called “homeboy chic.” Over their black garments, models were luxurious gold. It was hip-hop. 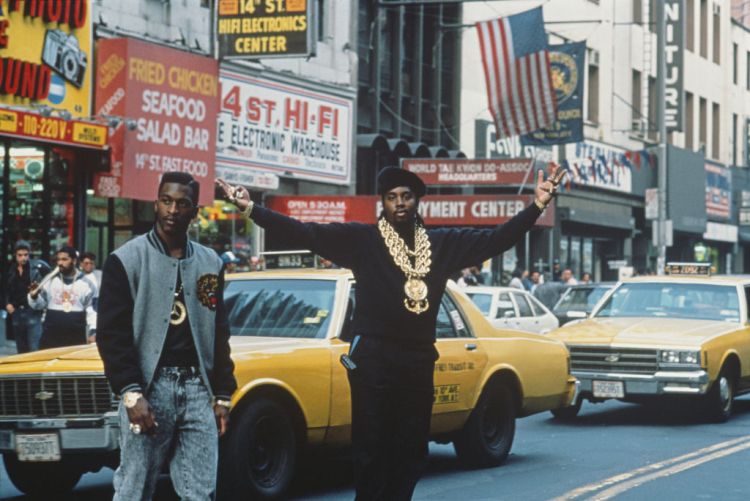 Of course, when you talk about high fashion and hip-hop in the 1980s, Dapper Dan has to get a mention. The legendary fashion designer would cut up genuine handbags from Louis Vuitton, Gucci and Fendi and piece them back together to create one-of-a-kind, custom streetwear pieces. Run-DMC, Mike Tyson, the late Jam Master Jay and more were seen in Dan’s clothing in the ‘80s. Unfortunately, regardless of how fly it looked, the use of their logos was illegal and as his clothing store in Harlem became more and more popular, the brands cracked down and sued the designer. Although this forced him to put his services on hold, the influence was already set in stone. In fact, a few years ago for their Resort 2017 Collection, Gucci put a model in a coat that was nearly identical to one Dapper Dan created in the ‘80s. Whether or not it was intentional, it said a lot about what Dan meant to fashion. In response to the inevitable criticism they faced, Gucci announced that they were going to collaborate with Dan long term. Decades later, it was a win for the designer and a win for hip-hop.

Perhaps some extravagant things come to mind when you think of ‘80s hip-hop fashion, but it should never be forgotten how bold the era was and how impactful it was on the decades of culture that have followed it. So much so that no matter how far hip-hop fashion goes, it will reflect the 1980s. 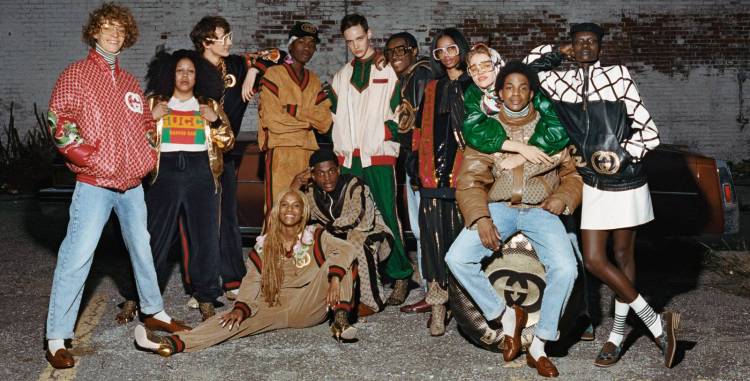