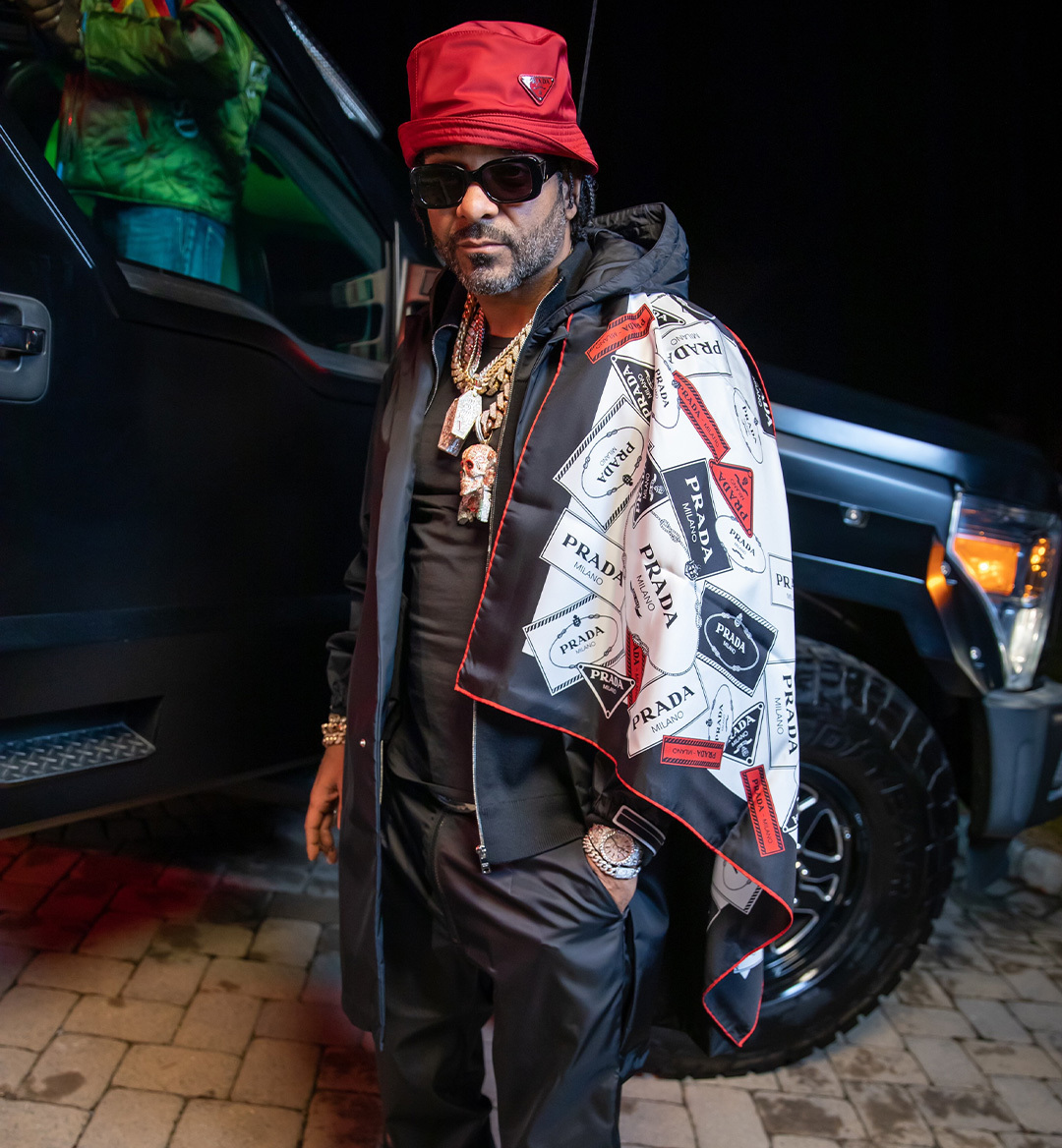 Jim Jones knows a thing or two about diversifying his portfolio. A Jack of many trades, the founding member of legendary rap crew, The Diplomats has BEEN juggling multiple hustles. For more than two decades he’s crafted noteworthy rap music, while also helping launch the Saucey cannabis brand, his ByrdGang and Vamp Life imprints and other business ventures.

He’s held executive roles at record labels and currently hosts REVOLT TV’s Drip Report — a show where Jimmy gives an update on the week’s weather, as well as trending hip-hop news. In support of the digital show’s latest season, the “We Set The Trendz” rapper brought his unique approach to weather forecasting to FOX5’s Good Day New York.

“They let me do my rendition of the weather, which is pretty big,” says Jones. “To be on Fox News, especially coming from New York and being somebody like myself coming from the hip-hop culture, yet being able to infiltrate the corporations off of a show I started on Instagram is pretty dope.”

Although Jim has made it rain on more than one occasion and has created tracks like “Weatherman,” he insists that his weatherman vibes were manifested by chance. The Drip Report came into fruition organically, according to Jim. “I was in Miami while a hurricane was going on and I was able to capture the moment,” he recalls. “That moment ended up going viral, which eventually turned into what we have today— a television show and people seeing me on Fox.”

When it comes to getting money, Jim Jones is really about that life. An expert at getting to the bag, he’s an avid supporter of digital money. He details his futuristic hustle on tracks like “Mack Truck,” his 2021 collaboration with Young Thug. He has even gone as far as creating his own crypto coin. Named after one of his monikers, Capo Coin, as Jim describes it is a “social currency to be spent inside of our inner city communities at a discounted price.” You can cop it on UniSwap.

He credits his homie Noel with introducing him to the worlds of crypto and NFTs, while stressing the importance of taking the time to do independent research. “It’s where money is going,” he says. “There probably won't be no physical dollars in the years to come. So I encourage everybody to start now on doing their research and learning what benefits them the most when it comes to these forms of currencies.”

Jim Jones’ biggest hit to date is 2006’s "We Fly High." The get money anthem which peaked at No. 5 on the Billboard Hot 100 featured the classic adlib: ballin’! Nowadays, the Harlem hustler has a particular outlook on what it means to ball. “The most important part of ballin’ is taking care of your responsibilities and your family. And after that, whatever you choose to do with your life and your money is on you.”

With more than twenty years in the rap game, Jim shows no signs of slowing down. The recently released remix to his Migo-assisted “We Set The Trendz” single features an all-star cast of ballers, which includes Lil Wayne, DJ Khaled and Juelz Santana. The original version was featured on his well-received 2022 DJ Drama-hosted project, Gangsta Grillz: We Set The Trendz.

From drip to lingo to all around swag, Jim and his Dipset fam have had an undeniable impact on popular culture. When asked if there are any trends that he felt he deserved more credit for being the originator of, he had this to say, “Um, no, I never looked for credit. I look for debit. I’m about cash. Credit never got me paid.” As always, Jim Jones has his mind the money.