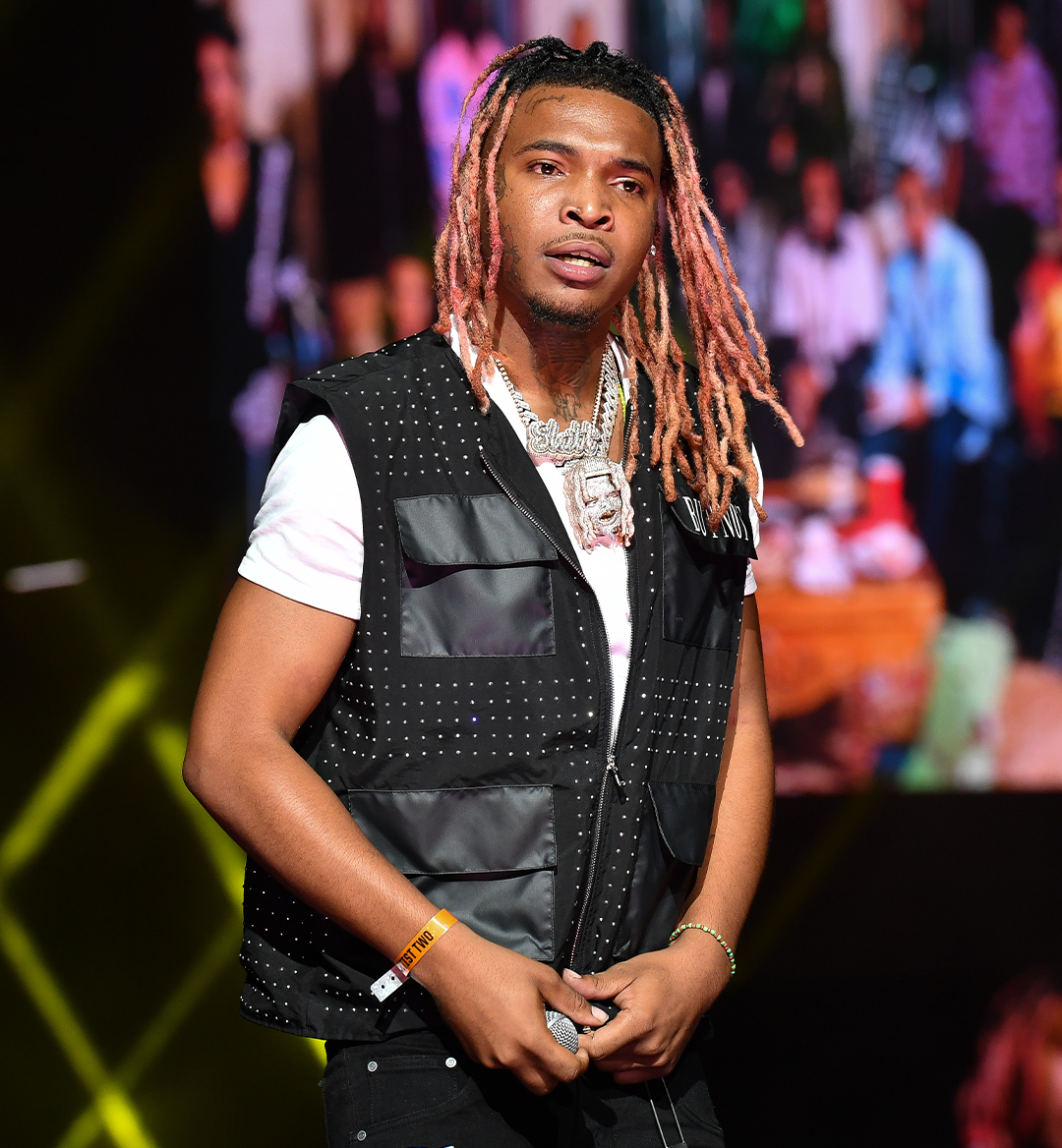 The last song on Lil Keed’s 2019 album Long Live Mexico is called “Proud of Me.” Alongside his champion and artistic antecedent Young Thug, Keed peels off sticky, caramelized melodies about being too rich to slum it in Dolce and Gabbana. This is a triumphant song and rightfully so; it’s a coronation, a victory procession. It sounds like the beginning of something. But now it mainly scans as a document of stunning loss.

Early in the morning of May 14, 2022, Lil Keed, the Atlanta melodic rapper, died from unknown causes in Los Angeles. The 24 year-old is survived by his three-year-old daughter Naychur, his girlfriend Quana Bandz, and his brother and fellow rapper Lil Gotit.

“I did all my cries,” Gotit wrote on Instagram, “I know what u want me to do and that’s go hard for Mama Daddy Our Brothers.”

At the behest of Gary Vaynerchuk (the entrepreneur and Keed’s unlikely friend), Keed was one of the first rappers to harness the powers of TikTok—his singles "HBS" and "Snake" sparked some of the app’s original dance crazes. On account of his 2019 success, he was a member of XXL Magazine’s 2020 Freshman Class, appearing on the cover alongside the likes of Jack Harlow, Fivio Foreign and Baby Keem.

As the most prominent YSL artist to not be charged in the wide-reaching RICO indictment against the label, Keed was poised to function as the avatar and proxy for Young Thug’s legacy. You can’t listen to Keed’s acrobatic yelps and Atlanta slang without noticing his mentor’s influence; fittingly, Keed was from the same Cleveland Heights apartments where Young Thug grew up. With Young Thug, Gunna and 26 other YSL affiliates in legal limbo, Keed should’ve been the standard-bearer for one of rap’s defining labels.

Still, Keed was more than simply a reconstitution of his influences. While he was indebted to Young Thug’s free associative vocals, Keed was an innovative stylist in his own right. In his hands, boilerplate lyrics about violence and vulgarity morphed into something bright and vibrant. On “Snake,” he whispers the hook before launching into a tenuous, warbling falsetto on the verses. He occupies the lower register of his range to menace through “Blicky Blicky.” During “Anybody,” he practically squeals. His music possessed a big-tent openness; Keed was so variable that he could deftly accommodate features from a Detroit sparkplug like 42 Dugg, a crooner like Ty Dolla $ign or a Fortnite non-playable-character like Travis Scott all within the same project.

As such, Keed represented the vanguard that defined YSL before the label became so enmeshed with the mainstream. Young Thug has cashed in on the martian weirdness of Barter 6 for features on Camilla Cabello songs; Gunna and Lil Baby are household names. The counter-culture is now the culture.

Conversely, Keed was the rare young artist who seemed more inspired by slime than by commercialized drip. Although he declared an ambition to be a “megastar” and not just a run of the mill superstar, his music still maintained his unique sensibility. His final full-length project, 2020’s Trapped On Cleveland 3, certainly boasted some of his hookiest and most accessible songs, but it did so by refining his sound rather than resorting to out-of-place, Rap Caviar-pandering features. Accordingly, it’s easy to imagine a future where Keed could’ve pioneered a new mode of rap stardom, combining his oddball pitch with a knack for TikTok-friendly melody.

But beyond the musical aspect, there’s the more immediate and more serious human aspect—none of the tributes to Lil Keed were about Long Live Mexico’s success on the Billboard charts. He was one of the most genuine and heartfelt human beings; he was a devoted father, brother, and son. He was at the beginning of something. He was only 24.