All directed by Cole Bennett. 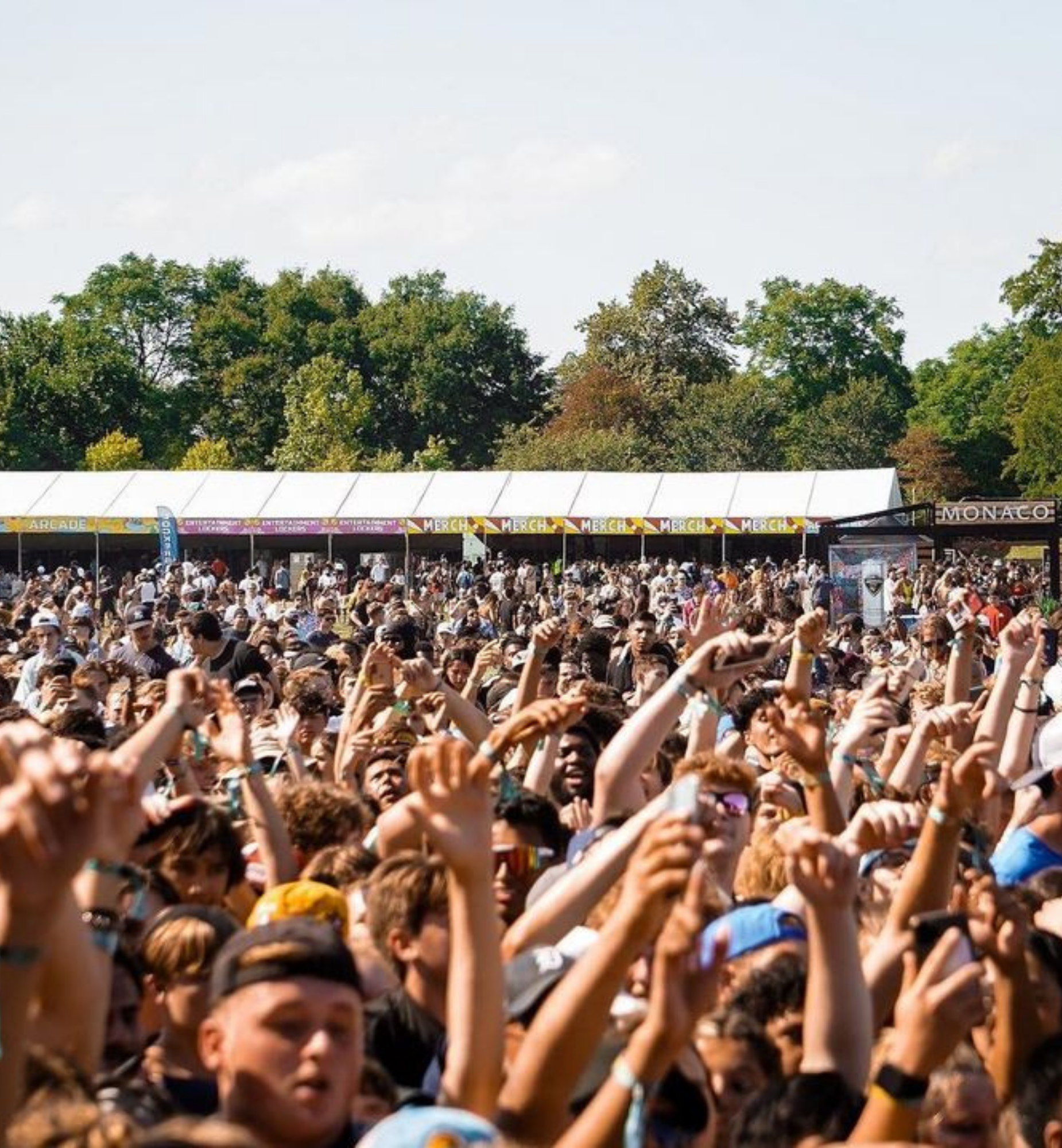 Cole Bennett has built an astounding reputation for his video direction prowess. From that solid foundation, he's built out the Lyrical Lemonade brand in ways nobody could've expected. In addition to the actual lemonade the company now distributes, they are the founders of the premiere hip-hop festival in the midwest: The Lyrical Lemonade Summer Smash.

The festival kicks off today, and has a lineup jam-packed with impressive talent. Here's a look at the lineup: 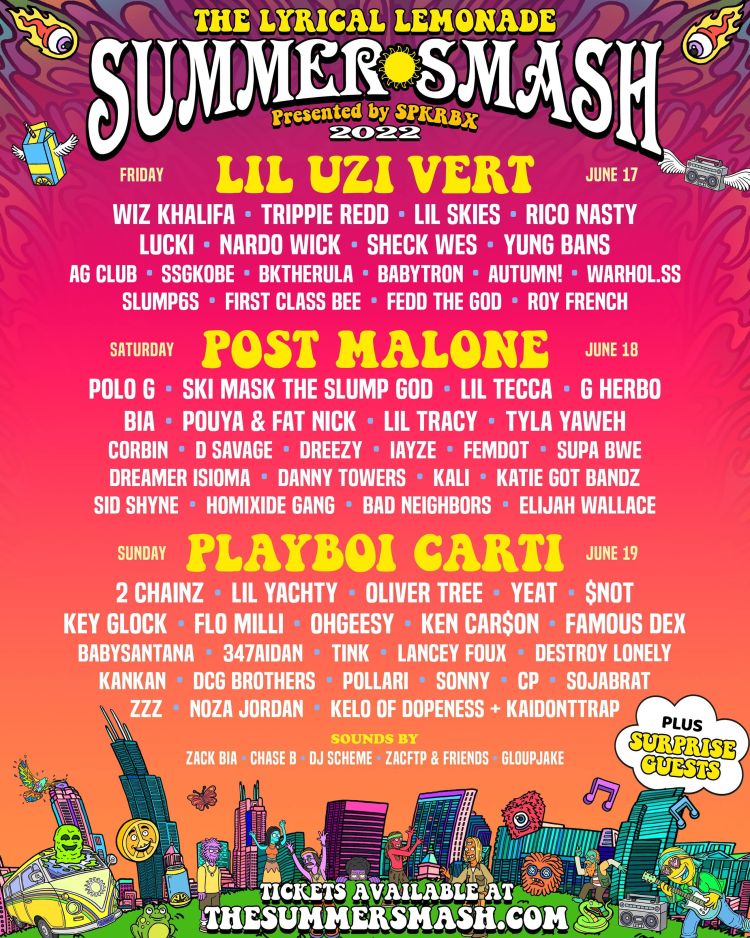 In honor of the festival starting today, we've put together a list of the top 20 Cole Bennett-directed videos with this year's Lyrical Lemonade Summer Smash artists (in no particular order). Without further ado, here it is:

Ski Mask the Slump God and Cole Bennett made their entrance into the mainstream with this video they shot in Times Square. If you've seen it, it's virtually impossible to forget the moment when Ski loses his hat while leaning out of the car. This legendary drop is a remix of Missy Elliot's "She's a B."

This video is a gem. It's Cole Bennett's first video that he shot on an iPhone, which is one of the coolest displays of expertise that we've seen in videography this year. Lil Yachty and Cole have such a genuine chemistry, it's so obvious.

One of the earliest Lyrical Lemonade videos that caught a great deal of traction is Famous Dex's "With Yo B!tch." The song is a classic, and the video seals the deal. It still hits today, and is one of Famous Dex's most popular songs.

Cole Bennett and his Lyrical Lemonade brand have both built a reputation for being early on talent and putting them on a higher platform. One of the best examples of this is his relationship with Warhol.ss. "Speed Racer" is easily one of their best videos together.

Nardo Wick has had a big year as he emerged into the mainstream; he was recently honored by XXL as part of their 2022 Freshman Class. This video and feature combo for the remix of his breakout hit, "Who Want Smoke" solidified what was already in motion. Cole went hard with this one, as did each of the three featured artists: Lil Durk, 21 Savage, and G Herbo. As prominent as the original is with 30 million views on YouTube, this remix's video has proven to be the favorite with 130 million views.

Danny Towers has a plethora of talent and originality, and the same can be said for Cole Bennett. They also both share a way of catching people off-guard, Cole with his out-of-this-world visual ideas, and Danny with his unsuspectingly high voice. Danny's music is such a vibe, and this song is no exception.

SSGKobe has had a breakout year, just like many others on this list. Are you seeing a trend here? Cole Bennett manages to time his collaborations perfectly, and usually plays a huge role in helping artists to the next level. It seems all of the "undiscovered" artists he puts on have their stage set perfectly, and SSGKobe is a perfect example of that, being one of the first signings to Zack Bia's Field Trip Recordings prior to this video.

BabySantana & KA$HDAMI are some of the youngest and most original artists out right now. Their collab single, "14" is all you need to hear to understand just how impressive their abilities are. Lyrically, rhythmically, melodically, everything hits different. Can't forget about this perfectly complementary video either.

Lil Tecca's collab with Uzi was one to remember. It further cemented the progress he and his team at Galactic have put in motion alongside Cole. It's wild to see how these videos helped shape Tecca's career to be what it is today.

11. BabyTron - "Emperor of the Universe"

BabyTron's "Emperor of the Universe" is an exhibition of him rapping over 21 beats in just 6 minutes. Who better to shoot it than Cole? AND on an iPhone? This just can't get any better...

Wiz Khalifa enlisted Lil Skies and Cole Bennett for this Lyrical Lemonade classic. This song gave Lil Skies a large boost in his already-blossoming career. They have such a natural chemistry, and it's apparent here:

$NOT and Lyrical Lemonade go together like peanut butter and jelly. Seriously. I don't know what it is exactly, but something about both of their brands just clicks perfectly - and it shows, whether through live performances, videos, interviews, or any of their other many collaborative mediums. This video shows exactly what I mean.

Femdot is yet another up-and-comer that Cole Bennett has put on in many ways. Cole has been working with Femdot long before this video and Femdot's Late Night performance with Taylor Bennett. It's amazing seeing the love Cole has for Chicago and its many talented artists.

Who would've thought Oliver Tree, Trippie Redd, and Ski Mask the Slump God would connect on a song together. The video is just as shockingly fire as the song is. It's hard to hate on the energy this group has on display in this classic "Life Goes On" remix.

"Poppin" is Yeat's second video with Cole Bennett, and is unforgettable. Also, in case you don't know, Yeat happens to be signed to the same label as earlier mentioned artist SSGKobe: Field Trip Recordings. Things seem to be falling into place perfectly for both of them, and Cole Bennett has played a huge role in each of their careers thus far.

Lil Tecca has become one of Lyrical Lemonade's go-to artists when it comes to videos, and vice versa. This "Out of Luck" video is one of Tecca's best, and currently sits at over 30 million views on YouTube. His energy is unmatched.

Lil Tracy is a legendary artist, and for good reason. His come-up with Lil Peep scored him a fanbase with an undying sense of loyalty. This video collab with Cole Bennett and Lyrical Lemonade was exactly what those fans were hoping for. As always, Cole comes through with more than proper visuals.

Post Malone and Cole Bennett's first collab seemed overdue as it happened, and it still does. The only thing this video makes me regret is that they haven't done more together. Post will be performing tomorrow as the main headliner for the day.

Cole's video for Supa Bwe and Qari's song, "LOOK," is one for the books. It's the perfect place to end our list; Cole Bennett shows an unmatched amount of love for Chicago's underground art scene, and this video is exactly that. Nothing better than creatives uplifting other creatives, and Cole Bennett has proven to make it a habit.

That's all for our list. The Lyrical Lemonade Summer Smash Festival is presented (and co-founded) by SPKRBX Presents, and will be going hard over the course of this weekend. If you're going, have a great time, and if you're not, there's always next year.