“Especially when no one’s watching...it’s a matter of consistently making things for an audience to watch" 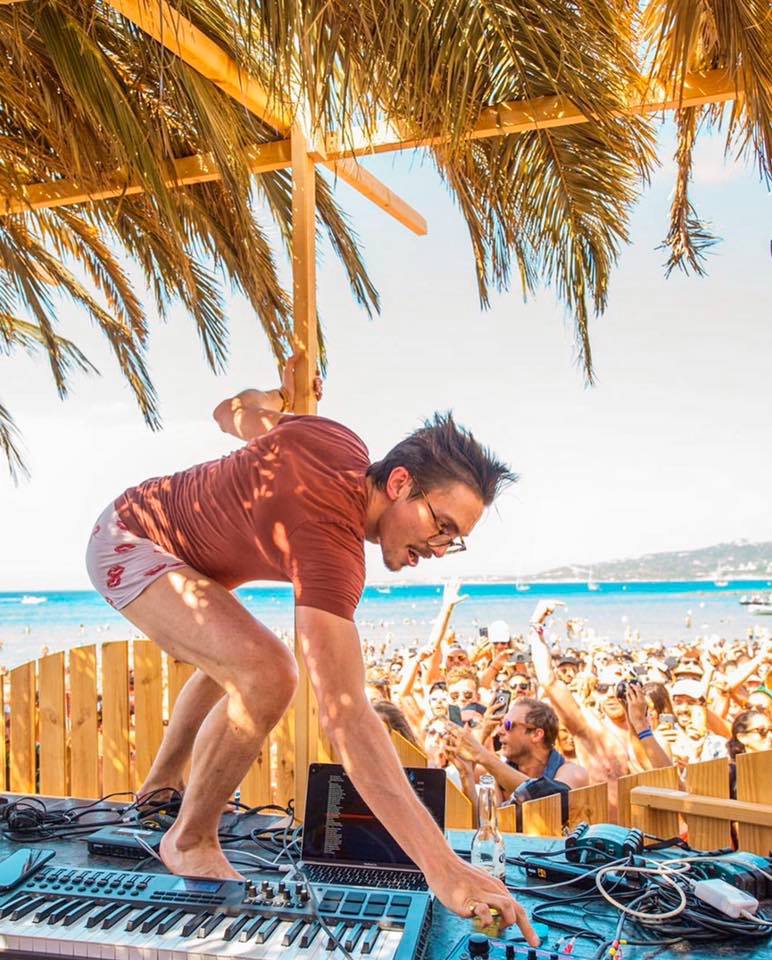 Musician and YouTuber Marc Rebillet greeted his fans at a sold-out Bowery Ballroom show in September by jokingly berating them with the fact that he was missing an episode of Bachelor in Paradise. Wearing a blue bathrobe with yellow trim, he stomped around the stage in leather dress shoes describing his obsession with the reality show, but reassuring his audience “I love you anyways.” The crowd cheered back with equal amounts of love.

When ONE37pm asked Rebillet to describe his music, which is mostly all improvised with the help of audience participation, he thoughtfully paused and quipped, “Ass-shaking meaningless garbage.” In this interview with Rebillet, he tells us about his upcoming almost sold-out North America and European tour, how he got the nickname Loop Daddy and his journey to becoming a full-time musician.

Both his live performances and YouTube live streams are one part comedy show, one part well-crafted beats created on his M-Audio Axiom 49 keyboard and Boss RC-505 loop station. “[The Boss RC-505] is an incredible workhorse piece of equipment,” he said. It’s clear he’s serious about his gear, as well as his songs' topics—which range from grandma strippers to football season to White Claw. Going in and out of various characters, yelling monologues to the camera and singing over catchy loops, Rebillet has garnered a loyal audience both online and offline.

“It really happens organically, as long as you continue to engage with them,” he said of building his following on YouTube, where his nearly 300,000 subscribers have helped his videos reach more than 20 million views. This doesn’t include his Reddit, where he’s had an audience of roughly 18,000 at one time, or the clips of his performances that have been passed around on Twitter with various types of commentary.

dude on @reddit live is killing it and has an audience of about 18,000 pic.twitter.com/aYCNQiiVPK