Millie Go Lightly Discusses the Future of Her Music and NFTs 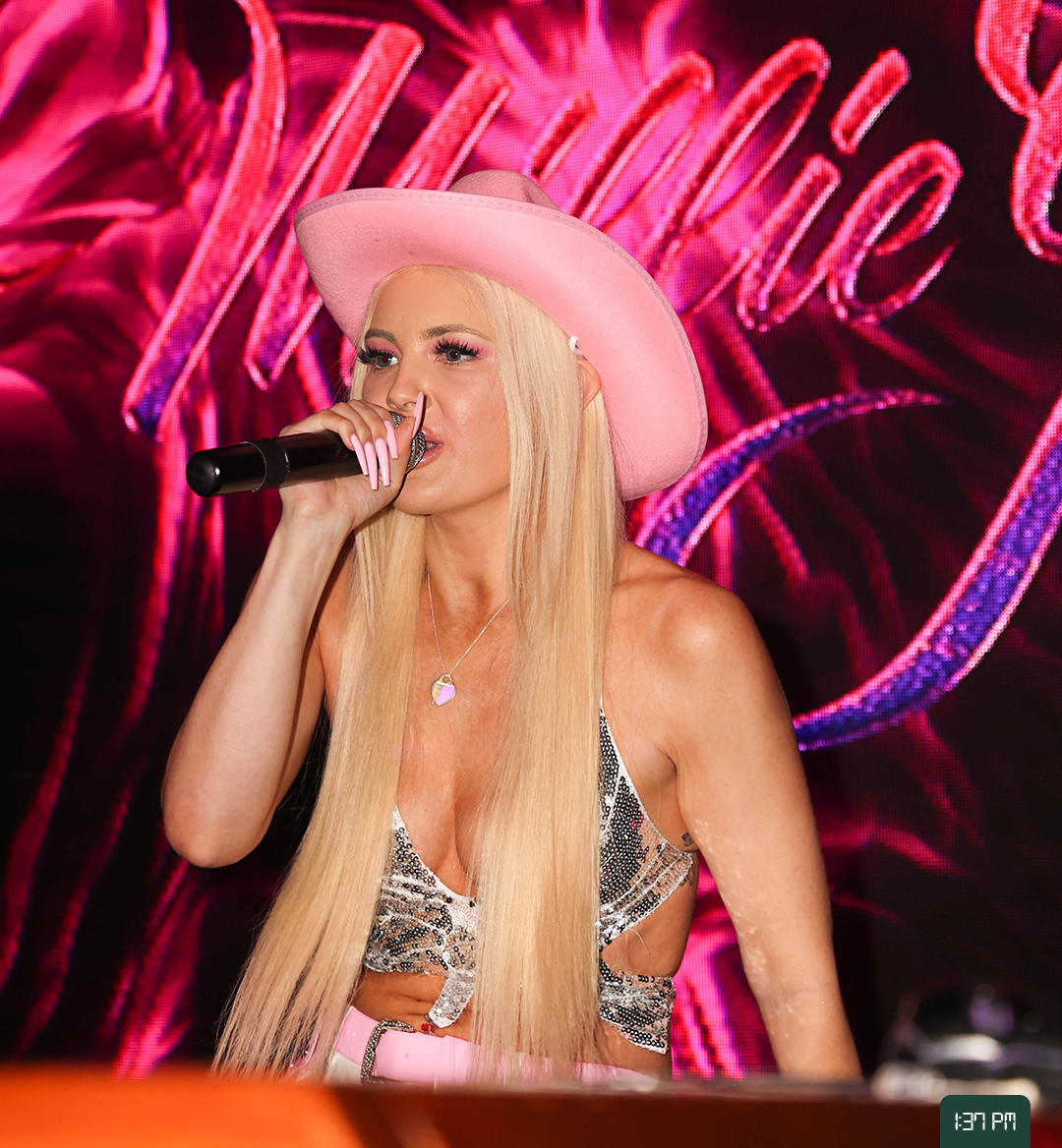 On this week’s episode of Monday To Monday, Mike Boyd brings on Millie Go Lightly to discuss the new sound she is cultivating, NFTs, and her first performance in the United States. In addition, she dives into the characters she brings to life on stage through her outfits. Be sure to tune in to learn more about the British Barbie!

Mike Boyd and Millie kick off the conversation by talking about her light-up cowboy hat, which she also had behind her. Boyd asks what that is for, with Millie responding that she wears that hat during shows, bringing to life different versions of herself. Boyd expands this by talking about her branding and how she builds different characters at shows. She does this with her fashion, specifically, wearing different colored outfits, wearing different styles of hats, and more. She explains that these characters eventually go on to dictate how the show goes.

Millie then shifts the conversation to the Monday To Monday playlist. She notes that she discovered the playlist thanks to TiaCorine and her colleagues at Young Stoner Life Records. She said that she had been listening to the playlist for years, even before appearing on it! If you’re not familiar with the playlist, be sure to tune in below!

Mike Boyd then focuses on the sound that she’s created thus far, and more specifically, her most recent singles. Millie’s past two singles, “Right Time” and “2 Girls, 1 Saloon,” were significant for her career and growth as an artist. She noted in the interview that “Right Time” was the first song she released without a collaboration. Mike notes that while she is supported by people like the YSL artists and team, she has a distinct sound and vibe that make her unique in the space.

Millie even gets us excited, as she told us that she will be exploring new sounds and genres. She even says that she made a country-inspired song. Mike Boyd then asks Millie how she got the nickname “British Barbie.” Millie said that she didn’t come up with it; rather someone commented that on her Instagram. Loving how it sounded, she ran with it, saying it described her well.

Who are your favorite artists from this week’s “Monday To Monday” playlist by @garyvee myself and @137pm ? and why? - https://t.co/AatrsJC3o0

Boyd then brings in Dani, a listener of Millie’s and a Discord community member of ONE37pm. Dani notes that he loves “Right Time” by Millie, saying he was blasting it earlier on in the day. Millie was very thankful, as she acknowledged it more than just singing and rapping. He then asks what Millie’s favorite football (soccer) team is. She said that since birth, she had been a Manchester United fan because of her family, expanding that she has a photo of herself at six months old wearing a Manchester United jersey.

Dani then shifts the next question towards NFTs, as he is very intuned and interested in the space. Dani asks Millie what her plan is within the NFT space in the future. Millie voices that while she can’t announce the project just yet, she will be releasing an NFT project soon, and it will be a cowgirl theme. She further adds that she wants to develop many characters surrounding her brand in the NFT space.

Mike Boyd then asks Dani where he wants to see the music NFT space go, specifically with Millie. Dani mentions that a ticket to Michael Jordan’s first NBA game recently sold for over $250,000. He brings in context to explain that Millie should do POAPs, uttering that one day ONE37pm and Coinbase’s Art Basel POAP may be worth something in the future, as it is her first performance in the United States. He further explains that as Millie gets bigger she can come back to provide utility for the original token holders.

As the interview continues, Boyd comes to talk about Millie’s song “Right Time,” asking the meaning behind it. Millie voices the meaning behind it and even dives into Boyd’s favorite lyrics from her quick-spitting verses. Millie even says that she initially left the second verse open because she thought it would be a perfect fit for Gunna. However, a few months later, Millie decided that she would want to finish the song herself, which is now what we know today.

Boyd then closes off the episode by asking a fan-submitted question: Millie’s dream venue she would love to play? She stated that one major venue is the Apollo Theatre in her home city of London. She said that she used to walk by the venue every day to work and would always dream of performing there. She lists some more venues, including some of the most prominent venues in Atlanta.

In conclusion, Millie provides a lot of insight into her plans for her future music releases, diving into the NFT space, and how she plans and coordinates her setlist for performances. She even dives into her dream venues, which we can expect her to be playing in due time. Finally, she talks about her dream collaboration and what makes this artist stand out compared to the rest. This is an episode you won’t want to miss!