Rapping Isn’t Easy, and Netflix’s ‘Rhythm + Flow’ Proves Why in the Right Way 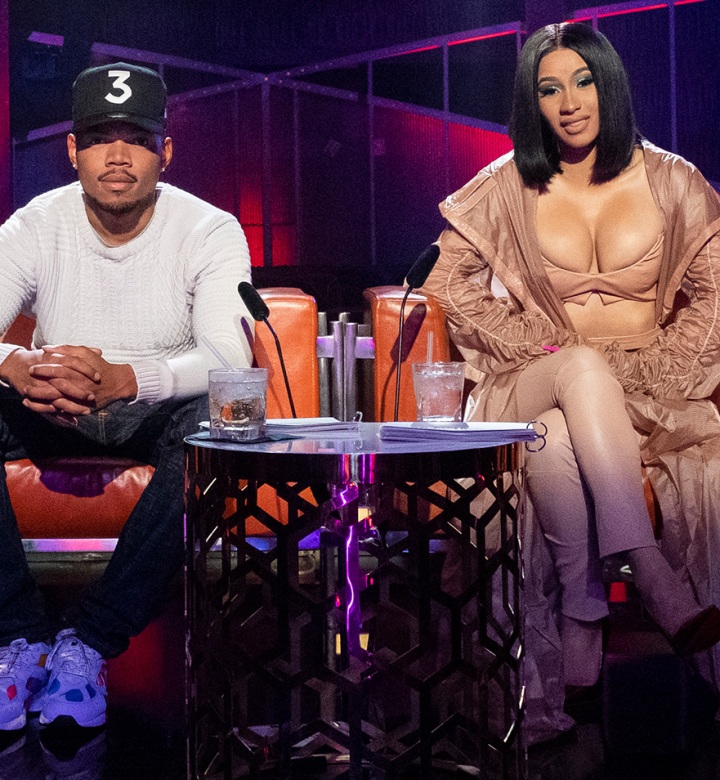 Snoop Dogg, Chance the Rapper, Cardi B and T.I./Netflix

I get it. It looks incredibly easy to become a rap star.

Outside of the occasional docuseries—such as Netflix’s Hip-Hop Evolution and AMC’s Hip-Hop: The Songs That Shook America—deep-dives into the nuanced and ineffable talent requisite to become a rap star are mostly absent from major TV networks even as it seems like every channel is gathering celebrities to judge talent. Thankfully, Netflix, along with dozens of aspiring rappers as contestants and established artists as judges, are looking to change that with Rhythm + Flow. The 10-episode weekly music competition series puts dozens of rappers from across the country through ciphers, battles, sampling and other hip-hop challenges. Only one will emerge as the winner of $250,000.

The three main judges—Cardi B, T.I. and Chance the Rapper—represent different types of rap stars. Cardi B, who won best rap album at the most recent Grammy Awards, is the social media phenomenon that talks in Instagram captions throughout the show and mostly focuses on discovering what could sell. Chance the Rapper is the hip-hop purist who appreciates lyrics above all else as long as it’s not too dark for the perpetually ebullient MC. Then there’s T.I., the 20-year veteran of the panel.

More than anything, the trio represents an authentic look into hip-hop. So if you’re used to competitive yet tame competition shows like The Voice and American Idol, then Rhythm + Flow will feel like a punchline to the face, just as hip-hop is intended to be.

Unfiltered Compared to Other Shows

There’s probably more cursing in the first seven episodes of Rhythm + Flow than in the entire 17 seasons of American Idol. At one point, Cardi B judges contestants on whether she’ll remember them later when she’s having sex and for looking like a girl she “would like to fight bitches with.” Even at Simon Cowell’s most vitriolic he never compared the tightness of the competition to the tightness of his anus like Cardi does here. The judges are tough in areas where most talent competitions would be more sympathetic.

In the pilot episode, as contestant Inglewood IV was getting mixed criticism for his performance, he begins to crumble into tears. He uses his hand to try shielding his sorrow. In a traditional talent competition, one, if not all, of the judges would’ve given him encouraging words as soft piano chimes twinkle in the background. Instead, he hears T.I. laughing in his face and telling him, “You’re going to hate yourself for crying on TV.” Cardi also advises the crowd in her home city of New York to not be swayed by contestants with sad stories because everyone has a sad story.

Some may see it as inconsiderate. But being impervious to hard times and criticisms is essential for a rap artist to survive in hip-hop. No music genre is predicated on competition like hip-hop, a genre where the title of a vicious Jay-Z diss by Nas (“Ether”) has turned into a colloquialism for absolute destruction that’s entered the national lexicon. Having an episode strictly dedicated to battle rap was a nice touch and a great way to show that no matter what type of rapper you are, you have to always be ready to attack.

Making it as a musical artist takes hard work - more work than most are aware of. So dope to see @chancetherapper giving artists the tools and advice they really need to take their work to the next level ?

Part 1 of #RhythmAndFlow is on @netflix now! Go watch this weekend! pic.twitter.com/rlynIeuc15

Through learning who will move on to the next round, Rhythm + Flow also teaches viewers the science of the genre. Hip-hop artist King Los appears on the show as a coach to the contestants and in one episode breaks down the “ancient hip-hop formula” for constructing a rhyme: set up, metaphor, punchline. He explains to a lyrically adept Jakob Campbell how spacing out his rhymes will help him create cadence, which will help him create rhythm. It’s a breath of fresh air to see rapping broken down eruditely so fans can see the hip-hop traditions that must be adhered to in order to become a rap star.

Another part of hip-hop tradition explored in a way seldom seen on music competition shows is how hip-hop talent can be discovered anywhere. Before Notorious B.I.G. was in the ears of millions, he was freestyling on the streets of Brooklyn. Before Meek Mill was able to “pay [his] mother $10,000 about a thousand times,” as he recently rapped, he was a nappy-haired teenager expelling his thoughts on the ills of his neighborhood while on a street corner. Chance the Rapper recorded his first mixtape 10 Day in a Chicago library that we revisit in the show.

It’s a breath of fresh air to see rapping broken down eruditely so fans can see the hip-hop traditions that must be adhered to in order to become a rap star.

Rhythm + Flow not only dedicated four episodes exploring the talent in Chicago, Atlanta and New York City in order to drive home the point of the ubiquity of hip-hop talent around America, but also held mini-competitions in a barbershop, recording studio and radio station, cultural staples in hip-hop where the best talent could emerge from at any moment.

More Than Skills: Talent Must Be Marketable

You may be able to find hip-hop talent in the most normal places, but don’t confuse the genre as a meritocracy. Hip-hop didn’t become the most consumed music genre solely by promoting the most-skilled rappers. Unlike nearly every music competition show, an artist’s marketability is as important on Rhythm + Flow as how good they rap.

T.I. critiqued a scintillating and thought-provoking Caleb Colossus, inspired by Michelangelo paintings, as one that he personally liked but was unsure of how marketable it was. Cardi criticized a person’s song because it “might scare white people,” and Chance wholeheartedly agreed.

The fixation on commercial appeal is heavily prevalent in a genre that raps about Billboard placement and album sales in songs. Rhythm + Flow doesn’t shy away from this fact.

The fixation on commercial appeal is heavily prevalent in a genre that raps about Billboard placement and album sales in songs. Rhythm + Flow doesn’t shy away from this fact, and you can see the aspirational contestants slowly alter their music and presentation in order to be more marketable.

Black artists predominantly dominate hip-hop, so Rhythm + Flow’s contestants being overwhelmingly Black and brown artists is both an honest microcosm of the culture and a rare sight on major music competition shows. Sam Be Yourself is white and his race is often described as a potential hindrance. King Los tells him he has to address it in his music, and Cardi called him “Bill Gates’ son” for three straight episodes.

Outside of a small argument between a rapper called BigMouf'Bo and a few other cast members that felt like drama manufactured for TV, the hip-hop contestants are seen as far more helpful than combative. This helps dispel any misperception of hip-hop as a competitive genre with artists that can’t get along.

Rhythm + Flow’s first season ends next week, and hopefully, Netflix renews it for multiple seasons, especially if standout artists like D Smoke and Londynn B become stars. Hip-hop could very well be what helps keep Netflix ahead in the impending streaming wars with Apple and Disney in the upcoming decade.