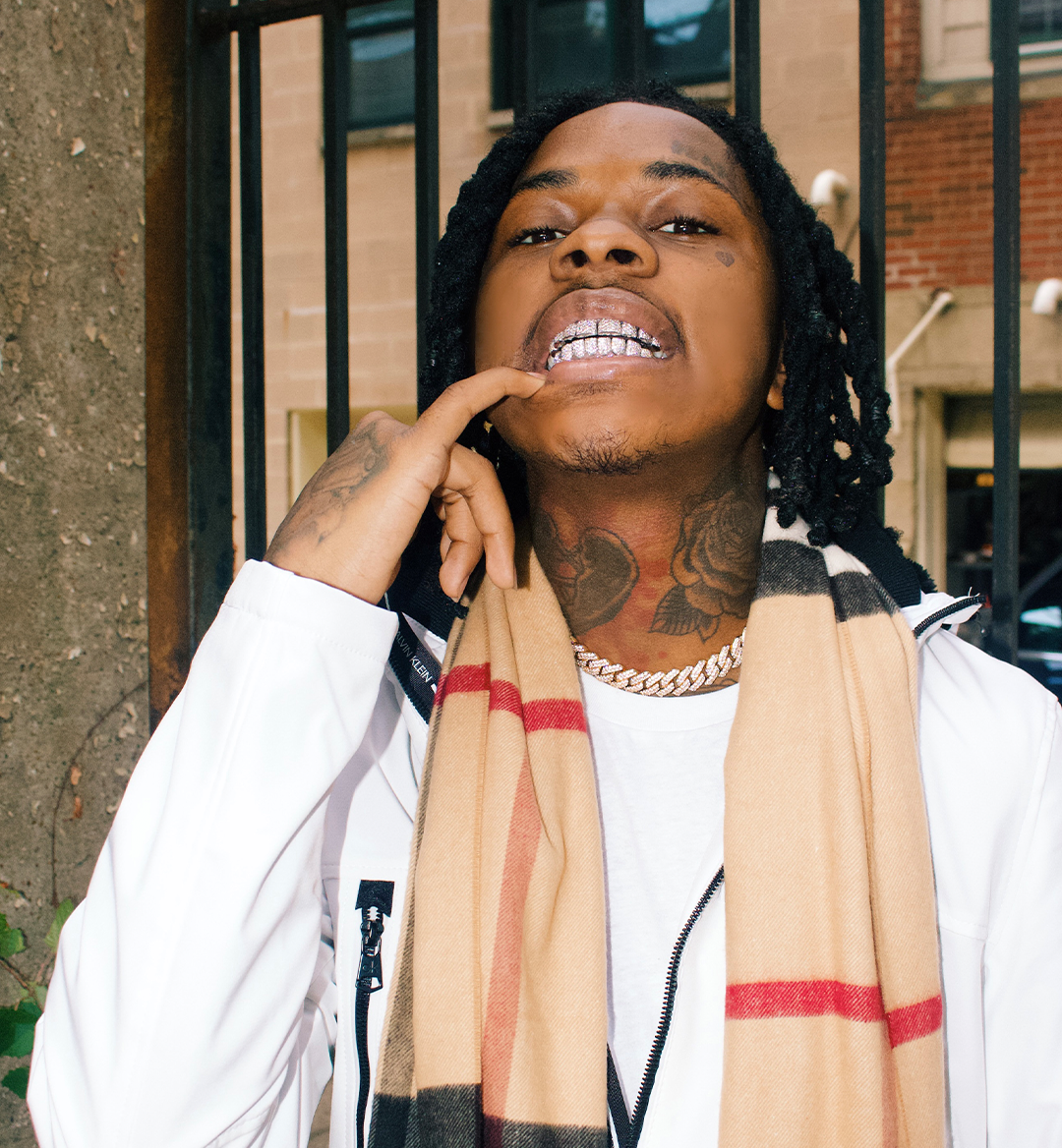 Slatt Zy has been through a lot. But instead of folding, he’s managed to “make the struggle look beautiful.” Hailing from Chattanooga, Tennessee, the 19-year-old with 276,00+ monthly Spotify listeners and more than 155,000 subscribers on Youtube has been getting it out the mud with his melodic flows and tales of overcoming the struggles of life.

Started From the Bottom

Slatt Zy creates music that can be characterized by soul-baring storytelling, introspection and smooth delivery. Although he's only been rapping for a few years, he has quickly become one of the most popping artists in his city.

He made his first splash in 2019 with the release of tracks like “Darkest Days.” Motivated to go harder, he turned things up in 2020 when delivered his first full-length project, Zy Story, in April of that year. The 15-track mixtape featured “Darkest Days,” along with other heartfelt records and hard-hitting anthems.

Continuing to carve out his own lane, he circled back later in November of 2020, dropping East Lake Projects. His second project of 2020, housed ​​guest appearances from Pooh Shiesty and Hotboii, as well as one of his biggest songs to date, “3Ks (We On That Same Shit).” The song currently has over 2.6 million views on Youtube and 3.6 million plays on Spotify. He continued to build momentum in 2021 with singles like “Lean On Me” and “Beautiful Scars.”

Life in the trenches has inspired much of Slatt Zy’s music, however, it hasn’t been his only influence. The melodic artist admits to tapping into everything from country music to r&b, especially when he was younger. “I grew up listening to a lot of local artists,” he says.. “It was also a lot of r&b like Usher and stuff that I was listening to. I used to listen to a lot of r&b, actually.”

It shouldn't come as a surprise that the Confessions singer helped curate Zy’s listening experiences growing up. Not only was Usher one of the biggest artists of the late ‘90s and 2000s, he was also in a group with Zy’s father. “They were in like a singing group when they were real young,” he confirms.

Another pop sensation that Zy considers himself a fan of is Ed Sheeran. The hit-maker behind songs like “Shape of You” and “Perfect” happens to be one of the emerging rapper’s dream collaborators. “I’d get into his bag and cook up a pop hit,” Zy says when asked what type of vibe the two artists would create if they collaborated.

Focused on the future, the “Beautiful Scars” rapper is ready for what’s next. Kicking 2022 off with noteworthy records like “Feel It In My Soul” and “Hard To Live,” Zy has been delivering a steady flow of music as of late.

For his third single of this year, “No Respect,” he joined forces with rising Houston rapper, Sally Sossa. “My A&R put that together,” he says when speaking on how the collab came together. “I had another feature in mind, but when I heard her I knew she was perfect for it.”

Slatt Zy's recent output is a sign of things to come. He’s currently prepping the release of his first project since 2020’s  East Lake Projects. “I got some shit coming,” he says confidently.  Zy's promises that whatever he delivers next will definitely be worth the wait.