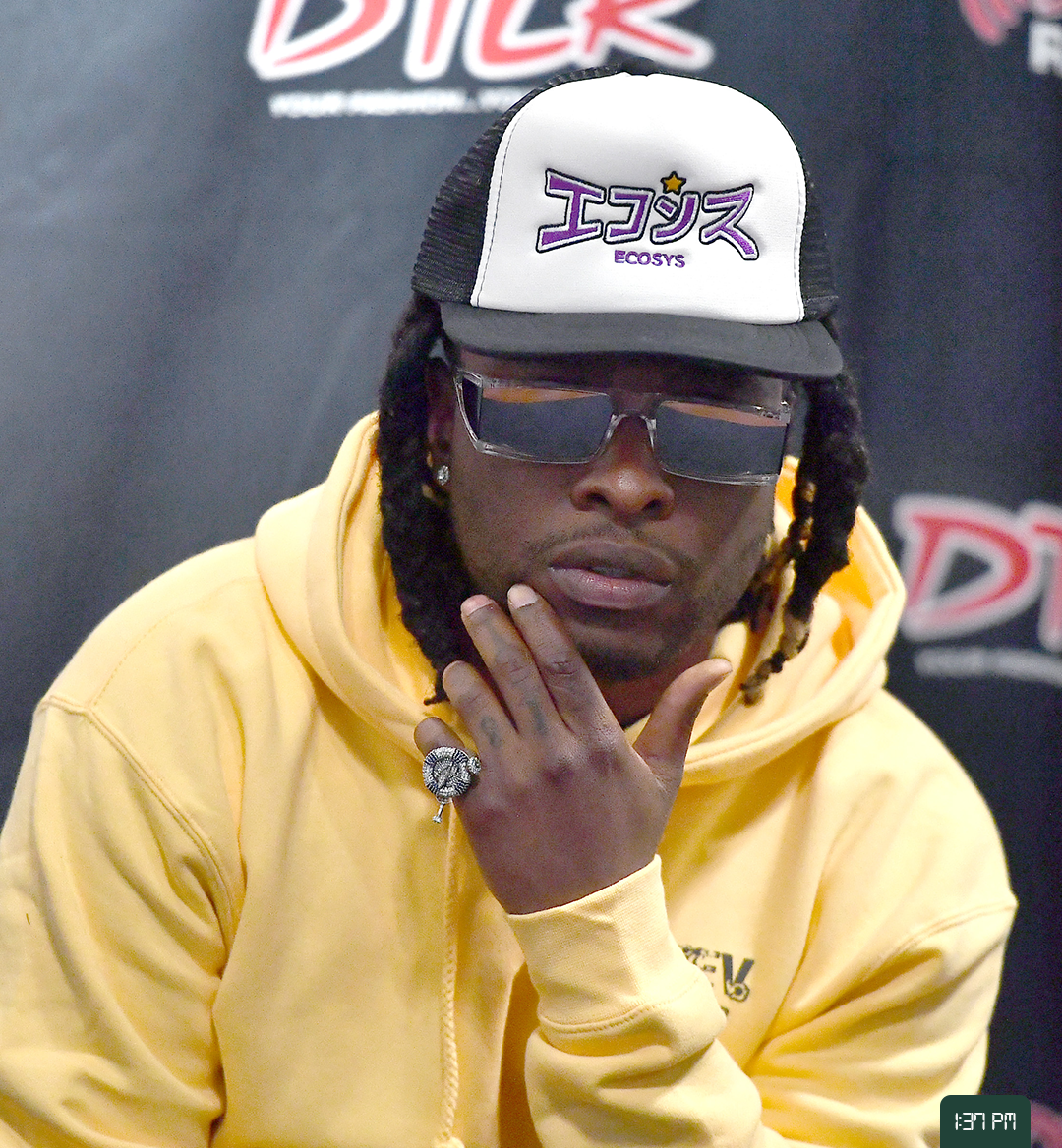 When you hear Strick, you may think of Young Stoner Life Records, versatility, and a unique sound. But when you dive deeper, he offers a lot more, not as a musician but as a living, breathing brand. If you're not familiar with this artist, ONE37pm did a previous write-up on his latest album Strick Land. So tune in to learn about the project and all the different elements you can expect to hear when listening.

While he may seem like another artist at first glance, something bigger is brewing behind the scenes. What makes him so unique is the culmination of synergy since 2020. This started with his single "Yacht Club" with Young Thug and Ty Dolla $ign back in 2020. This single utilizes transcending production and mesmerizing from all vocal performances.

His fantastical-looking cover art complements this. As time progressed into 2021, this theme continued to develop over time. Be sure to tune in below to understand better this unique sound and image he is curating.

Following the release of Strick Land, Will Ziefert visited Strick in his hometown of Lumberton, North Carolina. In the interview, they talk about the project and dive deep into the artwork, the meaning behind songs, and what Strick Land means to him.

Will: What's your favorite song of the project?

Strick: Um, one through eighteen (laughs).

Will: What's the inspiration behind the album artwork?

Strick: I'm a big fan of surrealism. Salvadore Dali was definitely the main influence on the album cover. I've actually been teasing it since the release of "Yacht Club." If you look at it, it's a mix of all of my previous singles mixed.

Will: In "Hurt You," were there any lines that stand out and mean the most? What do you think of the song's vibe?

Strick: The song "Hurt You" was a record I did a year and a half or two years ago because I was initially going to release the album in 2020. Honestly, it's dedicated to this girl, who, when I was trying to find myself and make it in music, stayed down for me, helping me through a lot of stuff.

The lines I say in the song are "you weren't scared of love, you weren't scared of the truth," you know, even though they can both hurt you. She honestly showed me raw love and emotion and that somebody can be there for you, as a significant other, you know. The song comes from loving her, missing her, and giving her a moment on the album. It's definitely a vibe.

Will: For the song "Don't Want To Leave," what did you think when you made that one? It's one of the instant standouts on the project.

Strick: I was on turnt-up mode when I made that. You know, sometimes I make a lot of different sounds, like a melodic one, for example. But for that one, the beat was just hitting - shoutout to my boy Chef Boya Dru, he killed the beat. As soon as I did it, I instantly thought, "who can I get on it? Who can I get on it?" Again, this was a song I knew I wanted to put on the album, so I hit NAV up, and he cut his verse up for me, and he delivered insanely. Shoutout to NAV, he went crazy on that verse, so this one is one of my favorites as well.

Will: What about "Vibez," why did you put that one at the end of the tracklist?

Strick: Yeah, it's actually produced by my boy Outtatown, and I like how groovy it is. It feels like you're exiting Strick Land, like you came to Strick Land, you had a great time, it was good, but this is the exit music where it feels good enough to where you want to come back. So it felt right. I love that song.

Will: What would I see if I was to come to Strick Land? You know Travis Scott has Astroworld with the big head and the amusement park?

Strick: It's definitely similar to the album cover, you know. It's super eclectic, with the women frozen in crystals representing many things, like time, for example, so of course, you'll see that. You'll also see exotic animals. You may see a mushroom farm; you never know. Strick Land's a vibe for sure, though.

If you're not following Strick, you need to know tune in and watch his moves. This interview helps grasp a better understanding of his mentality when creating some of his most memorable songs on this project. Furthermore, Strick's ability to plan and facilitate imagery and sounds into one homogenous album makes him all the more special.

As 2022 kicks off, we can expect a lot from Strick this year. Whether it be more catchy singles, a tour, or another project, we are sure that he will continue to push the envelope forward with his consistency in branding and sound development. Additionally, stay tuned into our social media accounts as we will be releasing some content from these interviews.