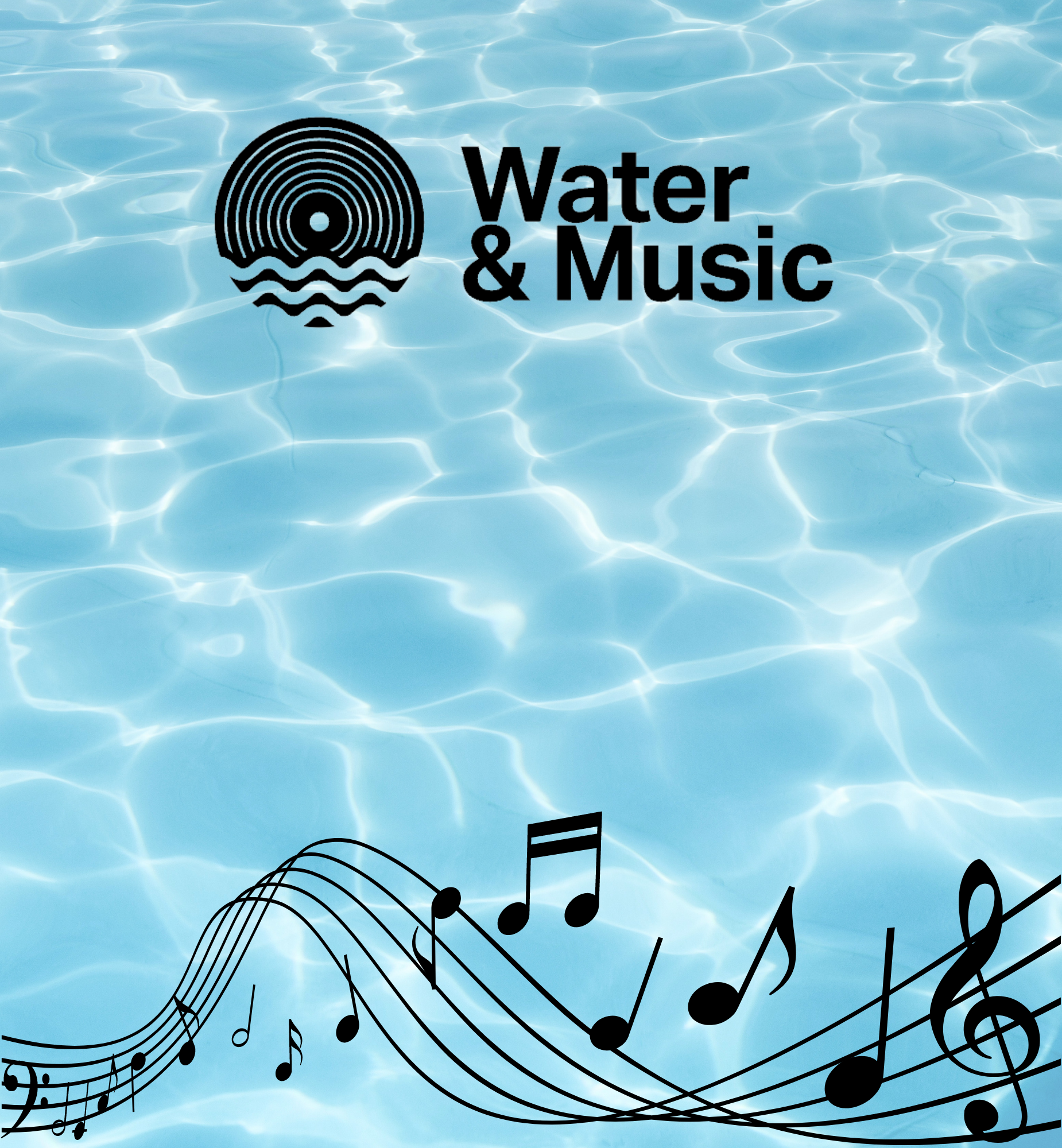 If you've been reading our articles on site lately, then you're likely to know what Water & Music is. We recently introduced the DAO (decentralized autonomous organization), breaking down just how crucial their presence is at the intersection of music and Web3.

Water & Music is doing the hard work in the realm of music and Web3. Their research boasts an insane level of attention to detail, which is one of the many things that has made them stand out.

Founded by Cherie Hu, W&M is "a newsletter and research DAO building the innovator's guide to the music industry." Their work has been cited in Rolling Stone, Billboard, Forbes, CNBC, Fortune, and other similarly massive publications. In a nutshell, they've become a go-to resource for experts of both music and finance.

Breaking Down the Year in Review:

One of their most recent pieces, 'Music NFT sales: What we learned in 2021' is an absolute gold mine for those interested in the music and Web3 spaces. It's a huge document, so we decided to give you guys the "sparknotes."

We spoke with the W&M team about what was worth highlighting within the massive case study. Here's what we deemed as the essentials:

1. The Nature of the Case Study

Water & Music is comprised of a relatively small team, and studying the entire year of Web3 music is no small task. So, the W&M team decided to seek help from their community in the process of building out this case study.

The W&M community supplemented an already-impressive perspective on the subject; the result is arguably the most perfect take on the past 12 months in Web3.

Their year in review is an objective look at what is actually going on in the web3 music space, without any sort of sales pitch. It's meant for those who are yearning for knowledge and are tired of the smoke in mirrors that Web3 brings.

The team determined that 'music NFTs' are identifiable by at least one of these five characteristics:

2. Distribution and Blockchain Movement in H1 and H2

To easily understand the movement that occurred this year in the world of NFTs, Water & Music decided to split the year into two halves, H1 and H2.

Over the course of the year, a lot changed in the space. In H1, Ethereum was dominating, accounting for 90% of music NFT releases. In H2, that 90% fell to 50%, making it clear that other blockchain solutions were beginning to find their place. 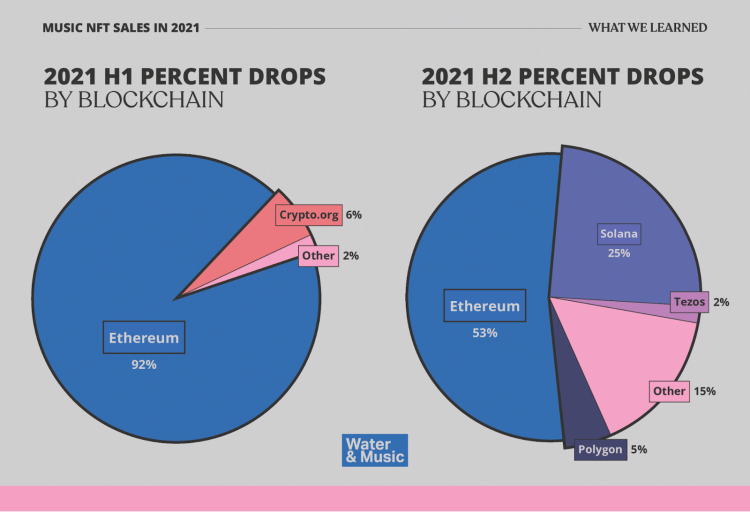 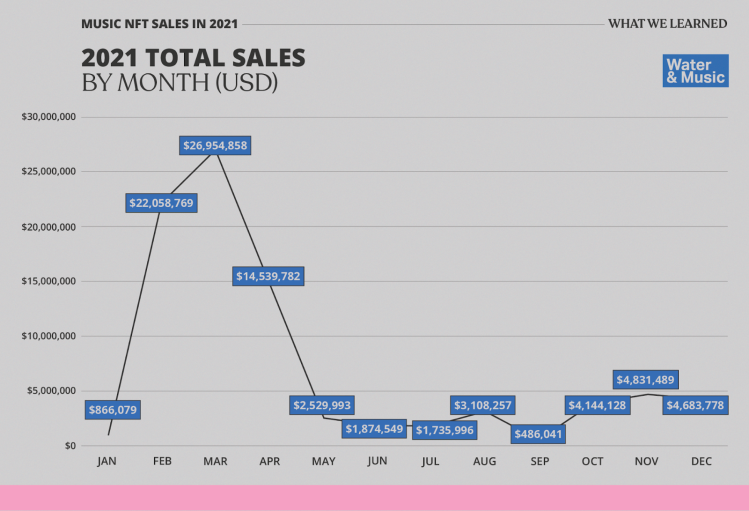 3. Differences Between On-chain and Off-chain Utility

Part of the NFT exchange process is the notion of utility; in order for something to have value, you need to explain what the value is. There are two primary forms of utility: on-chain and off-chain.

On-chain utility is mainly comprised of the assets themselves: music, music videos, cover art etc. This is the most direct type of value that could be offered, meanwhile off-chain is arguably the most lucrative.

Off-chain utility allows for NFT projects and platforms to get creative in what they offer their collectors. Take Decent.xyz for example, who we covered on the site recently. Their releases inherently include a percentage of streaming revenue, which allows for artists to get higher valuations. Through offering this highly valuable off-chain utility, their first release drew nearly $30k in exchange for 20% of the song's streaming revenue. Other forms of off-chain utility include membership to Discord servers, in-person activities, and more. The possibilities are basically endless.

As NFTs are evolving, so is the utility that comes with them.

4. Leading Artists in the NFT Space

Another interesting angle is genre: Electronic music led the way, with 65% of the releases, followed by Hip-Hop at 19%. Artists like deadmau5, 3LAU and Steve Aoki led the way with a massive amount of NFT releases, scoring millions of dollars in the process.

In the realm Hip-Hop, Tory Lanez was trailblazing. He dropped an NFT album, 'When It's Dark Out,' which sold one million copies for $1 each. Though there was skepticism surrounding the secondary sale of the NFTs after promises of high valuation, Tory's drop made him one of the earliest rappers to be a contender in the space. 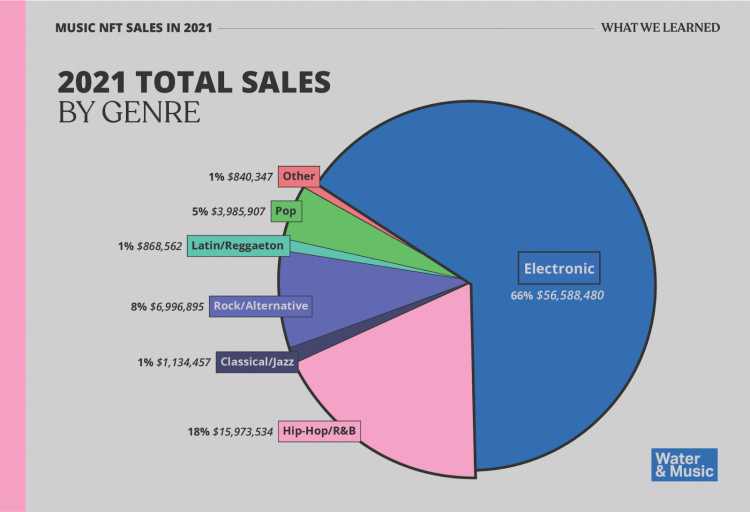 There was a lot of ground to cover with this particular year in review, yet to no surprise, Water & Music managed to do an exceptionally thorough job. With the help of their community, they've made it as easy as possible to evaluate what exactly is going on around us in the music Web3 space.