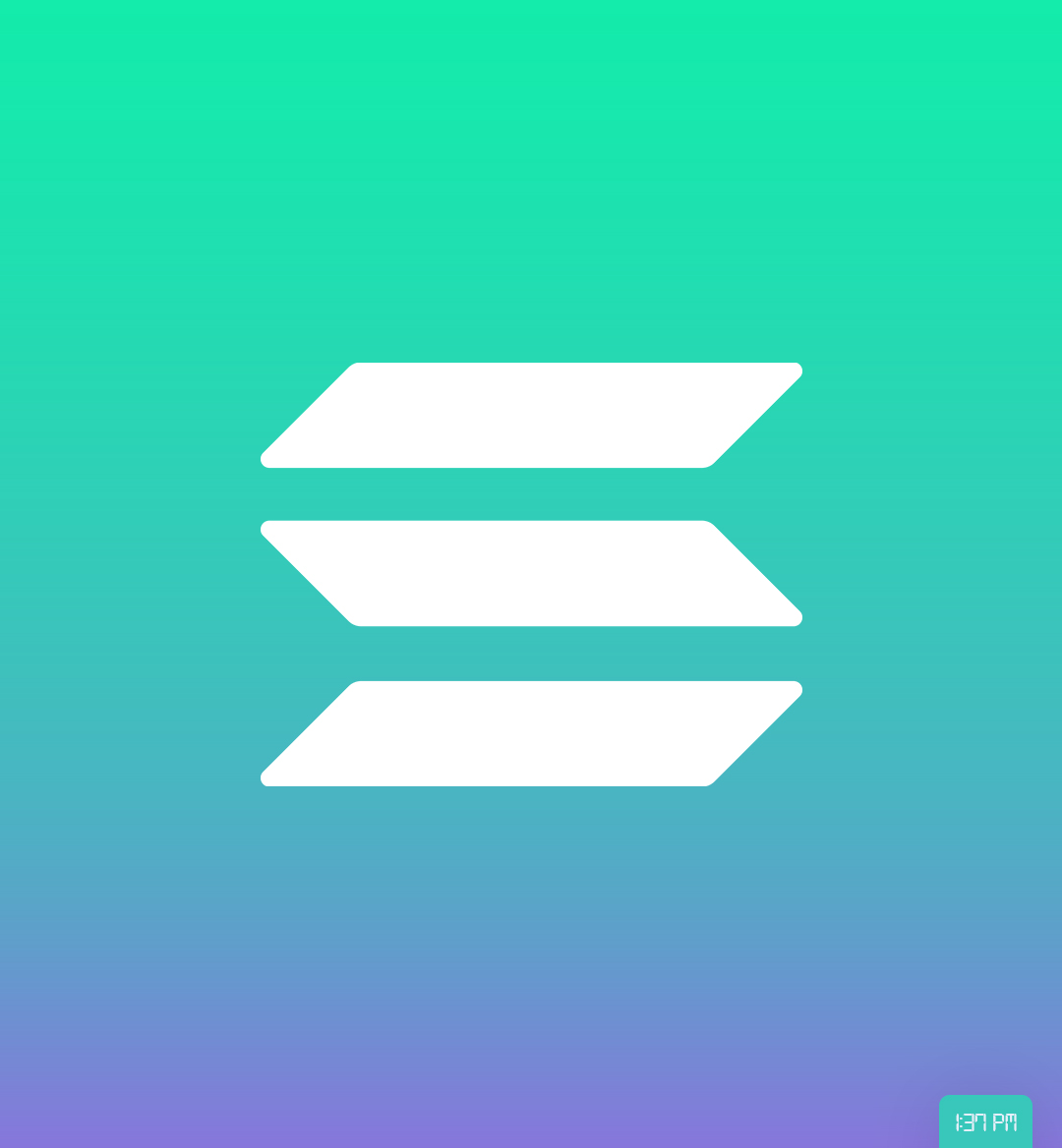 If you’ve been looking for alternatives to Ethereum, Solana should be on your shortlist.

Solana is a Swiss project launched in April 2020 by Anatoly Yakovenko. Solana competes with larger networks by incorporating a hybrid consensus model that boasts cheap and speedy transactions. In its hybrid model, Solana uses a combination of proof-of-work and proof-of-history to increase efficiency.

Initially founded in 2017, Solana was intended to achieve scalability and lower fees, exposing specific weaknesses of comparable blockchains like Ethereum. At its core, Solana is especially focused on maximizing throughput (high transactions per second).
Solana has seen considerable growth, jumping to the top 7 in market cap ($44+bn) in just its second year on the market. In September, Bloomberg hailed Solana as a ‘long-term rival’ of Etherum.

Solana’s dApp universe is interoperable, meaning all SOL dApps can communicate with each other on the same layer. As an example, Project Serum is one of Solana’s most successful partners to date. A SOL-based blockchain game, Star Atlas, was able to build the peer-to-peer economy aspect of its game using Project Serum, while the Solana protocol powers the game itself.

L2 Ethereum can not boast the same level of composability. Composability is a powerful utility that rivals Layer 2 ETH, which launched earlier in 2021.

In blockchain, composability refers to the ability for applications and protocols to interact with one another in a permissionless way— meaning they are constantly talking to one another and leveraging each other's code, and therefore each other's utility. (CoinMonks).

dApps built on the same chain can bridge, but Ethereum has many different chains.

In other words, L2 ETH dapps can’t communicate as easily. Bridges will certainly build over time, but cross-communication is one of the core tenants of defi. Without the ability to interact with other apps, projects become less valuable.

The value of both Ethereum and Solana

Crypto is the opposite. Blockchains are trustless, meaning one executive team can’t just arbitrarily change the rules at any given moment.

In Web2, you can use an API call to hook up Mailchimp to your web application. It works great, then Mailchimp’s Board decides to change its rules on a dime. Now that API communicates with Mailchimp in a way that hurts your app.

In Web3, ETH-based dApps are not victims to Vitalik Buterin’s shower thoughts. Hope that one hit.

Tl;dr: composability is a key component of blockchain technology, and Solana is beating L2 Ethereum at blockchain bridging... for now.

How Solana can capitalize (and learn) from Ethereum’s maturity

As more successful projects launch on and support Solana’s protocol, opportunities will emerge. Solana already saw a major boost with the backing of FTX’s Sam Bankman-Fried.

Blockchain games can seamlessly cross chains to interact with their universe, defi tools can merge with other defi tools, creators can drop NFTs on personal marketplaces with a set of standards.
Scalable composability allows users to go beyond curated galleries like OpenSea or Solsea and enter a truly decentralized art/media paradigm more comparable to the Fediverse. 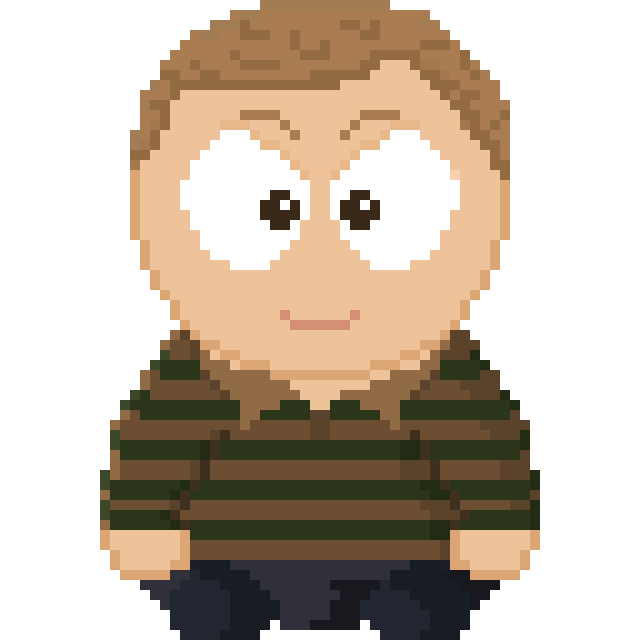 A Michael Cera-themed NFT on Solsea, an SOL-based alternative to OpenSea. / #147 Michael Cera

Scalable, uninterrupted collaboration will be a competitive advantage for SOL over ETH projects in the near-term. In many ways, it is also why the project was created in the first place. There is a reason why SOL coins have steadily grown over 17000% since launching last year, after all.

To be clear, seamless bridging exists on the ETH network. But scalability becomes more complicated on L2.

To combat this, popular layers like Polygon are seeking to standardize L2 solutions in a single framework. But consolidating L2 solutions into one platform is difficult. In a decentralized ecosystem, governance and market adoption is not so simple.

Layer 2 was built to drive down costs.

By handling transactions off the mainnet (eth L1), the network is less busy, and users get 1) faster transaction speeds 2) lower gas fees.

Interestingly enough, part of the intention behind L2 Ethereum was to promote scalability. Way back in 2011, Ethereum didn’t have the foresight to build a protocol that maximizes throughput and composability at the same time.
Therefore, updates like L2 are necessary to expand value and feasibility for users. Cardano, Terra and Solana are all projects that were birthed out of a craving for lower fees and greater scalability.

One of ETH’s greatest strengths is its cult-like community. .eth Twitter handles have become ubiquitous. For a young project, Solana is captivating a loyal audience.

There is an unprecedented excitement for new projects (and a lot of scams) in the space right now. To stay relevant, crypto advocates have been quick to utilize public figures as effective marketing tools.

Mike Tyson, one of the more notable celebrities to adopt crypto culture, was wondering how SOL and ETH matched up.

The mere fact that it was a worthy debate was a win for Solana.

With Tesla and Bitcoin’s breakup back in May highlighting climate concerns, emerging blockchain ecosystems are ripe for rocketship growth. Solana was quick to jump on this opportunity.

Limitations of Solana compared to Bitcoin and Ethereum

While SOL is certainly competitive and growing, it is not without limitations.

SOL mining requires a lot of computer power compared to traditional protocols. To run a Solana node, you’d need a multi-thousand dollar home computer, or a high-powered server purchased through a (centralized) third-party provider like Google or AWS.

Some critics speculate that a large portion of validators are operated on AWS or by a small collection of the project’s early investors (ie Solana Foundation). This is not uncommon for early-stage projects, but it is something worth observing over time.
Am I forgetting anything? Oh yeah, Solana’s 17-hour outage was anything but settling. I think that drama showed the world just how robust Ethereum’s infrastructure truly is.

ETH maxis, hold your beer. ETH is not going anywhere. Every zealot needs a healthy skeptic. Looking at you Ryan Sean Adams.

SOL enthusiasts: not only is Solana new, but it also has a lot to prove.

Let’s just appreciate another good foot in the race.