An Intro to World of Women (WoW) 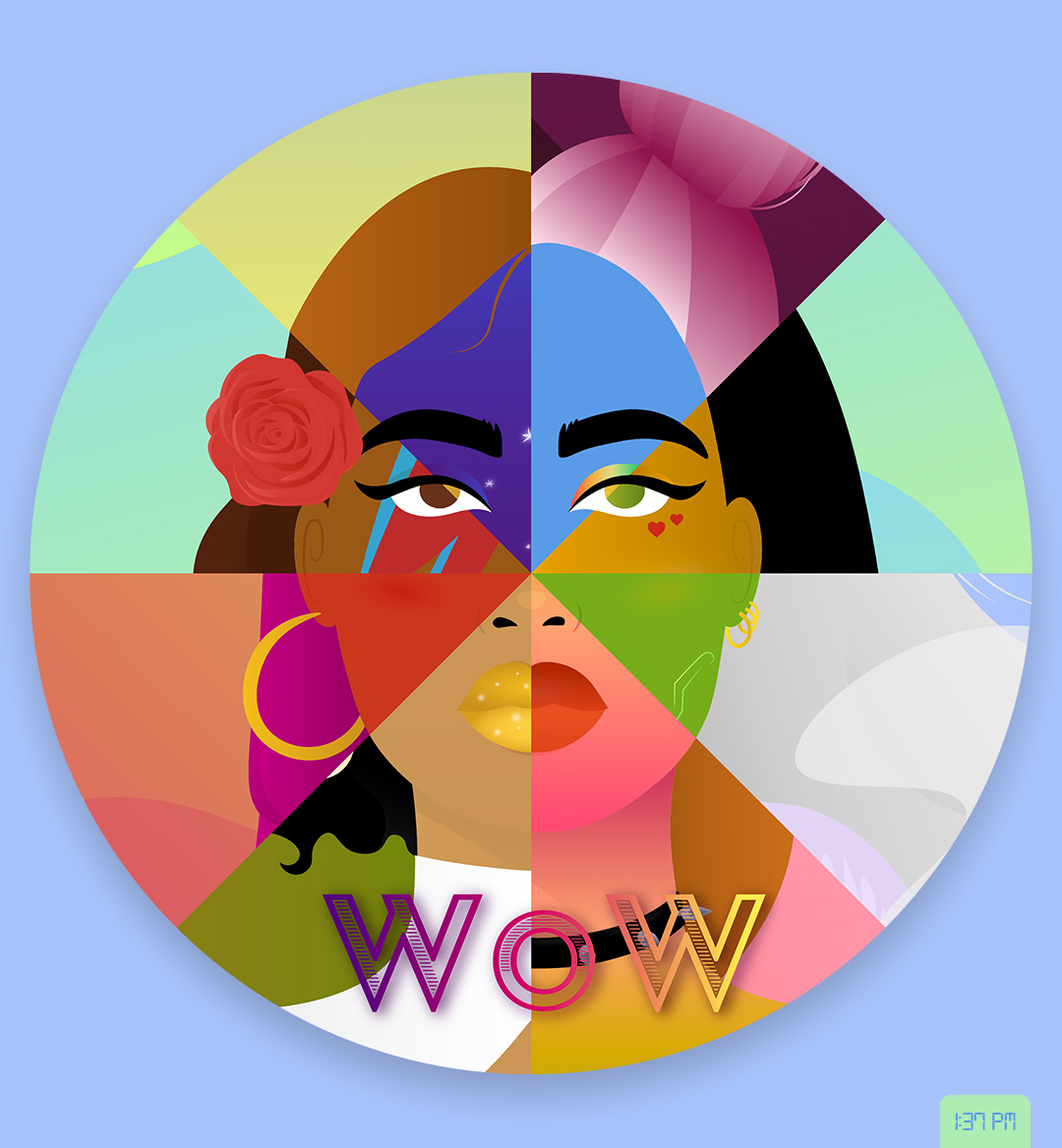 World of Women (WoW) is one of the most sought-after female-led NFT projects in the space, and for a good reason. WoW has continually been providing value to their NFT holders, as well as others in the NFT community, and beyond.

World of Women Update for 2022

It’s time to unveil the future of World of Women:
🪐 WoW Galaxy! 🪐

We’re about to make WoW ✨ iconic ✨ with:
💜 A new branding
👀 A new collection
🫂 The DAWoW
✊ Stronger actions with charities
💃 The WoW Gala

Recently, the World of Women has announced some exciting updates within the community that look very promising.

WoW announced that Guy Oseary is now WoW's manager. Guy has other clients including Madonna, U2, BAYC, Beeple, and The Red Hot Chili Peppers just to name a few.

The aim is to utilize Guy's expertise to help bring WoW to another level while contributing to maximizing the project’s potential and achieving its goals.

Furthermore, to add to the excitement, WoW has updated the IP rights to grant holders complete ownership of their World of Women NFT.

This means that you can use your WoW as your next business’ digital identity. By doing this, WoW wanted to give users more rights than they already had.

A look into the future of World of Women

When the World of Women originally launched on July 27, 2021, its goal was to bring more awareness to women and diversify the NFT space.

Since its original launch, a lot has happened, and WoW has received unprecedented support from numerous personalities in the NFT space and beyond.

From signing a deal with Universal Music Group to their partnership with Coinbase's upcoming NFT platform, WoW has been hard at work making their brand a staple in the space.

The WoW brand that is known so well today was designed mainly for the NFT space. However, now the brand has grown beyond the NFT space and is beginning to branch out into other realms.

That’s why they teamed up with ThoughtMatter, an extremely talented design studio from New York City to redesign the WoW brand to fit their ambitions and beliefs. Some of this rebranding includes a clothing line available exclusively to WoW holders.

As well, charities have always played a huge role in WoW’s mission to help women-focused causes around the world. Hence why a significant portion of the brand’s revenue is donated to charities that share the same values.

That being said, World of Women announced that they’ve added Women and Climate’s Rights activist Inna Modja to join their team as their Philanthropy Advisor.

World of Women has also expanded its charity assistance to ecological causes, working with Code Green to finance verified citizen-powered climate solutions, with a focus on initiatives affecting the world's most vulnerable communities.

The World of Women DAO (DAWoW)

Along with this exciting string of updates comes The World of Women DAO (DAWoW). The DAWoW enables token holders to make decisions that will form the future of the World of Women.

The goal with this DAO is to involve WoW holders as much as possible, allowing each WoW to have one vote. To be clear, both the WoW team and the community will have the ability to submit proposals that will be subjected to vote.

Considering there will only ever be 10,000 of the first edition WoW NFTs, and with a current floor price of over 2 ETH, creating a second collection based on the World of Women has been brainstormed for some time.

That’s why the WoW team has decided to release an extension to the WoW collection that will be dropped in 2022. The collection is still in the works, but it has been confirmed that Yam is creating the assets of the second collection to stay true to the art.

As of now, all we know is that the collection will be larger than the original collection. Moreover, every WoW owner will be able to claim an NFT from the second collection for free.

The newest collection will come with exclusive benefits, but original WoW holders will always be considered the top-tier membership in the WoW ecosystem.

Also, a certain amount of NFTs will be reserved for the DAWoW, and a significant portion of the revenues from the primary sales and royalties will be donated to charities.

More details are to come leading up to the drop of the Galaxy of Women.

World of Women gala and meetups

To add to the excitement, the World of Women team is organizing a WoW gala that will take place in summer 2022. Details are yet to be announced, but the meetup will be held in the U.S. considering that’s where a majority of WoW holders currently reside.

You can view all of the World of Women's updates here. Stay tuned for more updates in 2022.

What is World of Women?

The World of Women (WoW) NFT project is a collection of 10,000 unique, powerful, and diverse Women NFTs that have already made their name a staple in the NFT space. The project has been led and illustrated by Yam since its original launch date on July 27th, 2021, and sold out overnight, shortly after Gary Vee mentioned it.

@garyvee: I think @worldofwomennft has a scary upside @mattkalish: *agrees, then Gary cuts him off* 😂 pic.twitter.com/0Rq2kwAhyL

At their core, WoW are ERC-721 tokens and are hosted on IPFS. Each piece of artwork is built from individual attributes with different levels of rarity. The Founder and artist, Yam, crafted all the attributes with her signature style using Procreate and Adobe Illustrator.

She also has her genesis Cryptoart collection called Women by Yam - Females in the spotlight, that originally released on Foundation and OpenSea. Although this collection is sold out, you can still find several pieces for sale on the secondary market.

The intention of the World of Women project in the macro is to balance representation in the NFT world, while at the same time innovating and supporting causes that mean a lot to the community.

I want to make a wish that this NFT world will become a place where everyone has the same chance to succeed regardless of who they are, their gender, ethnicity and social background. I really want to see more women and minorities amongst the top earners.
Gonna let this manifest.

Yam ensured that the women were designed to be of any ethnicity as this was extremely important to the WoW team considering their aim is to promote diversity and female empowerment. At the same time, they made sure that there would be no cultural appropriation during the creation process.

They did this by avoiding any elements that may be specific to a culture’s customs, steering clear of any political or religious references, and ultimately ensuring anyone who decides to collect a WoW NFT feels welcomed.

WoW also respects transparency which is the reason they shared all of the project’s initial details before they launched. That way, people interested in collecting a WoW NFT had a solid resource to help them understand the project’s goals and utilities.

One very important part of WoW's mission is to support one-of-one artists. WoW has supported numerous artists and even has a nice NFT collection of their own, which is supported by the WoW Fund.

A cool perk that the World of Women NFTs offers holders is the commercial rights to their art. That means you can build your own brand using your WoW NFT as the front-facing logo. Recently, one holder even launched their own Apple Cider brand using their WoW, and another collector has created her own digital identity with hers.

Just ordered 6 bottles for the holidays. #worldofwomennft community is strong.

In addition to the copyright ownership, the WoW team sent out 100 physical signed prints to collectors, as well as released their own piano album that can be heard on Spotify.

Ultimately, the World of Women team wouldn’t be where they are today if it wasn’t for such a strong and passionate community. WoW believes in the importance of women being a part of the community, especially the ones who have a vote in the things that will happen within the community.

The WoW community is very welcoming and encourages anyone who is interested in the NFT space to stop by their Discord and say hello.