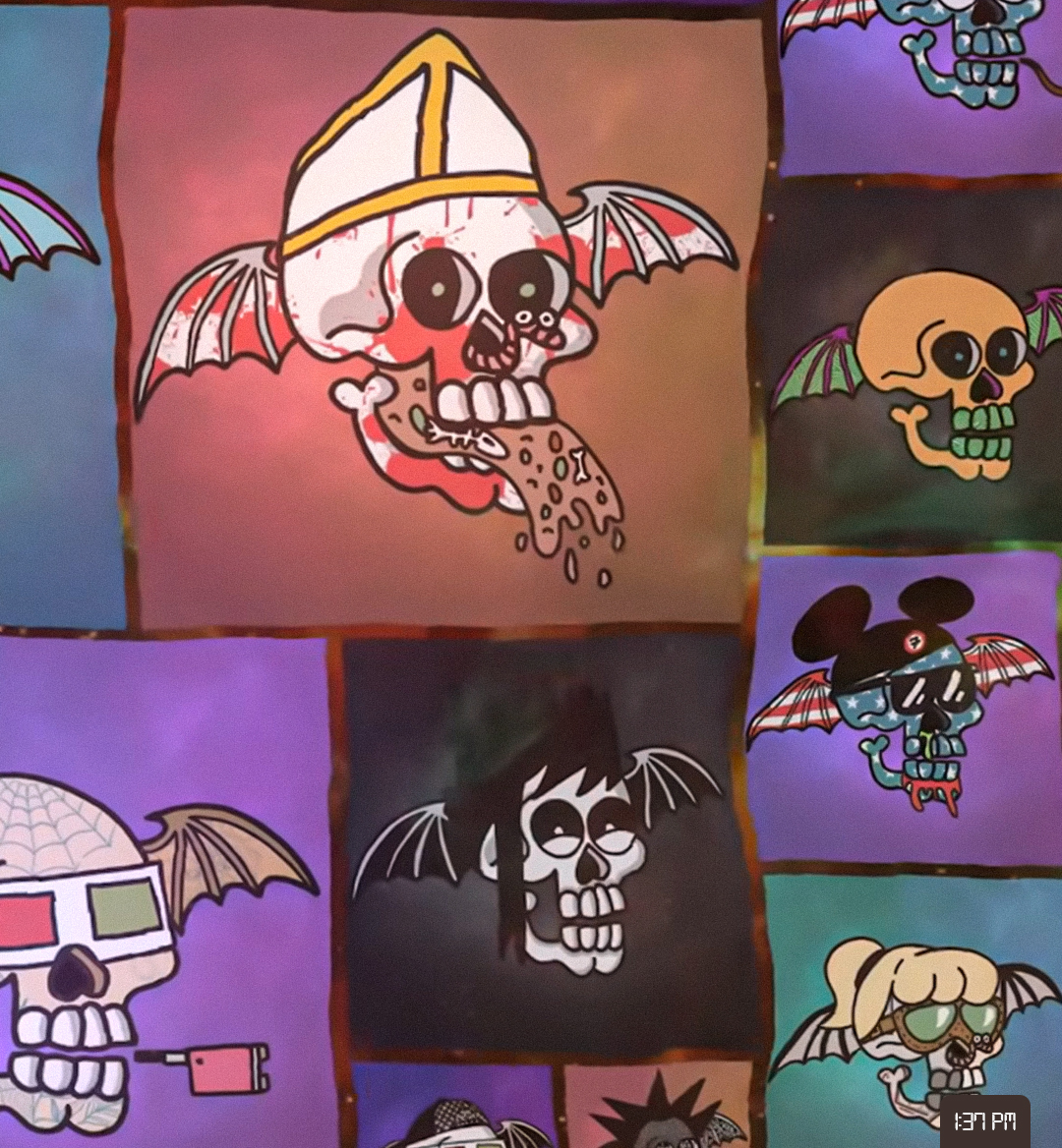 Community is one of the greatest pillars of the NFT industry, bringing together individuals who maintain a shared love for a group’s project. Community members are able to recognize the shared ideology between them even online thanks to setting an NFT as their profile picture.

While fostering community has been a byproduct of many bluechip projects, numerous artists and musicians from other disciplines are figuring out how to provide utility to their already existing fan bases.

Enter Avenged Sevenfold and their community driven NFT project: The Deathbats Club. The world famous metal band is creating a new way for fans to connect with the band. I sat down with the lead singer to dive into the endeavor.

M. Shadows has been in the NFT space for years, including minting a BAYC at the very beginning. He is currently looking into wall-mounted digital wallets that can display his collection of Bored Apes, Punks and Fidenzas at home.

The lightbulb moment for him was watching a community build around the Bored Ape Yacht Club. I can personally attest that in Miami the BAYC was everywhere; they had their individual Apes on their clothing or on special wallets with displays. This rampant BAYC community led Shadows to start planning something for their fans.

He sees this next wave of web3.0 tech being heavily adopted by the next generation. We talked at length about how his generation made gaming cool and enabled the first Twitch streamers. Older fans may not get it now, but their kids will. He tells me a funny story about being at a Lakers game and the kids there wanted to see his Punks when they found out he had some.

One of the biggest carrots he feels for fans to want to learn about this next big tech wave was via adding utility to items. Token holders receive perks like merch discounts, lifetime tickets, exclusive events and more. It gives them the ability to thank fans with special airdrops for attending shows, something that would be incredibly difficult without incorporating the blockchain.

How does this work?

There will be 10,000 Deathbats, each with a unique combination of traits and rarities determined at mint. In addition to the Genesis Deathbats, which are the most common tokens that offer owners access to the Deathbats Club, there are four rare Deathbats with big perks:

So what can Deathbats owners expect from the club? All token holders will have access to the core Deathbats community, Shadows continues, which is where the band will connect directly with fans -- and have some fun:

“We’ll have monthly giveaways, movie nights, poker nights. There will be plenty of surprises. We want to be sure that fans never want to get rid of their tokens. We’re going to do everything we can to make sure that these tokens hold their value and that fans get as much enjoyment and entertainment out of them as humanly possible.”

Hey guys, we’ve launched the landing page for @DeathbatsClub complete with educational videos on how to get started.

To get started, connect your Metamask at AvengedSevenfold.io and join the A7X Discord for the most up-to-date details on the drop scheduled for December 13th.  Whitelist will “mint” on December 11th and will have 48 hours to redeem their bat.

There are exciting things on the horizon, we finished our convo talking about the Play to earn craze and how they are looking at making more A7X song themed games for the fans. They currently have land on Sandbox metaverse with NPCs from their music videos. The possibilities are literally endless.