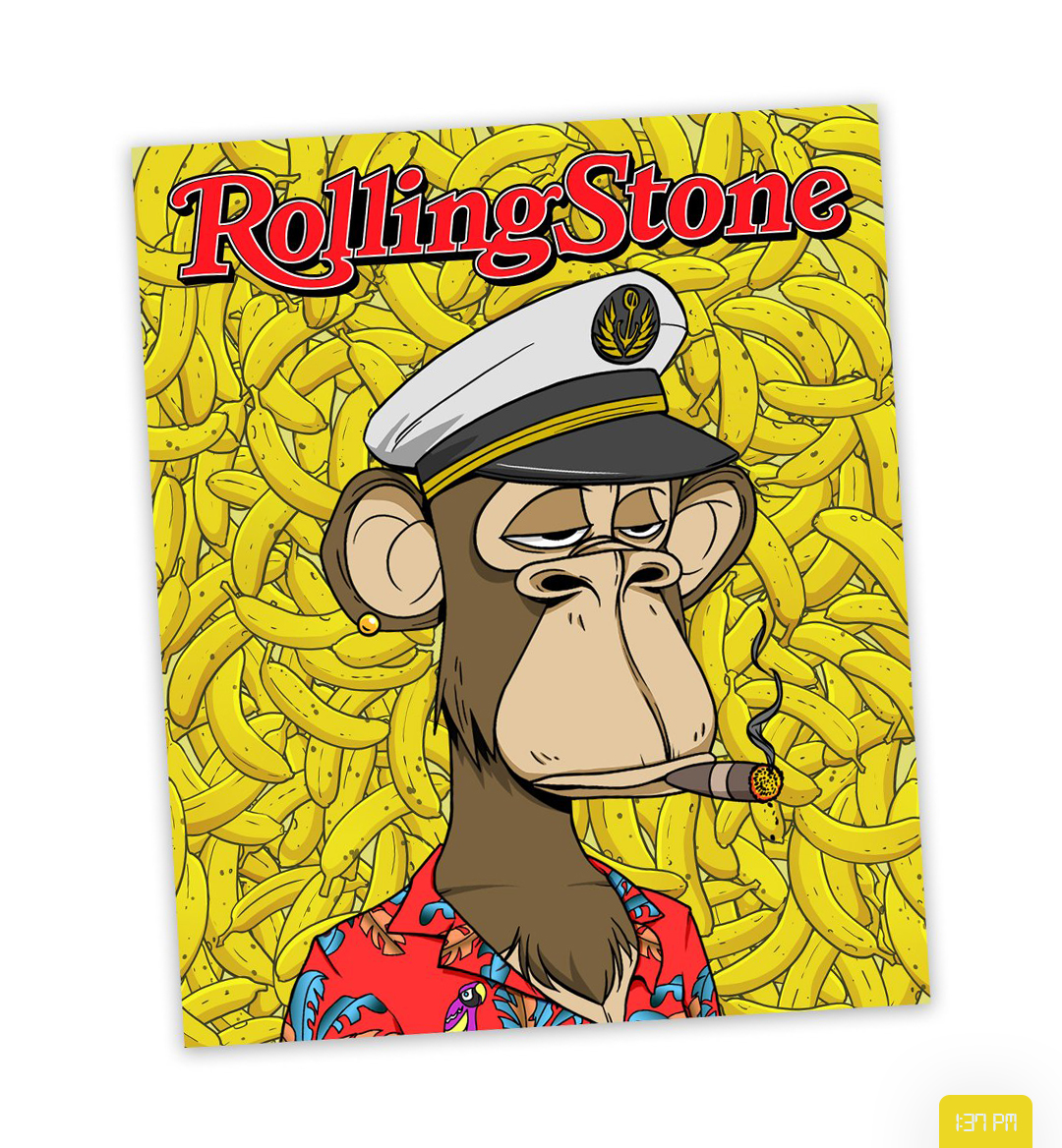 Happy Monday and welcome to another NF3 Recap! If this is your first time joining us, please make sure you peep our last NF3 Recap.

The first of the month never fails to deliver exciting news to the NFT community. In today’s NF3 Recap, we are going to take a gander at the BAYC Rolling Stone cover. Also, we can’t forget about all the action taking place in NYC this week, with NFT.NYC. As well, we will analyze what is going on in Decentraland with their MANA currency on the rise. All of that plus more in today’s NF3 Recap.

Two famous brands join forces to ignite something new and explosive! The swiftly growing NFT brand, Bored Ape Yacht Club has teamed up with the popular American magazine, Rolling Stone, to write history and give everyone exactly what they didn’t know they wanted—a limited edition magazine featuring an Ape on the cover. That’s not all the value the magazine holds though.

This special edition publication features 20 pages of never-before-seen BAYC artwork, as well as several unique creations from collaborators like Claire Salvo and TimpersHD. The magazine also displays sketches of Swamp Club, giving further insight into the creation of the BAYC brand and how they became so successful.

Only 2,500 copies of the magazine were produced, creating a truly limited edition run of this historically significant and culturally relevant Rolling Stone magazine. The magazines went on sale today, selling out in a matter of hours.

The retail price of the BAYC magazine was set at $50, now if you want to get your hands on one it will run you at least $650 on Ebay, at the time of writing this article.

This all ties into the upcoming event known as, APE FEST 2021, which is a series of events taking place in New York for BAYC holders only. I have a feeling this is just the beginning of something truly great. BAYC has yet to disappoint their respective collectors or the NFT community as a whole.

2. NFT.NYC floods New York with all walks of NFT life

In preparation for the annual NFT.NYC event, members of the NFT community brought their excitement to Twitter, posing for mile-high pics and posting selfies of themselves with other members from the NFT community.

Today marks the first day of this 4 day long event, taking place at 5 different venues across New York. The 5 venues are as follows:

I’m not going to lie, the schedule for NFT.NYC makes this event even more appetizing. Here is how the rest of the week in New York is going down for NFT.NYC:

Aside from the schedule, the list of speakers is extensive, with all perspectives of the NFT industry being covered by numerous leaders in the space. From Gary Vaynerchuck to Metakoven (the man who purchased Beeple’s art for $69M), the lineup is sure to please anyone in attendance.

Over the weekend Decentraland’s native cryptocurrency known as MANA hit an ATH of $4.16, shooting up over 400% in a matter of a couple days after Facebook announced they would be changing their name to Meta, to further support their transition into the metaverse. Currently, at the time of writing this sentence, MANA is sitting at a healthy $2.99 per one MANA token.

For now, the price of MANA is holding steady. It will be interesting to see how MANA and other metaverse based cryptocurrencies fluctuate during these exciting times. As more news is released relating to the metaverse, I expect these various currencies to continue this sort of yo-yo effect we are currently experiencing.

In other amazing news, ONE37pm is presenting a Beeple mini documentary titled, Becoming Beeple, this awesome event is taking place in New York at the Public Square & Gardens at Hudson Yard. Additionally, Beeple and Gary Vee will be having a fireside chat and screening. This very special event is going down from 5:30pm-7:30pm ET.

If you would like to watch the re-stream of this event, you can catch it on ONE37pm’s official YouTube channel, Friday, November 5, at 1:37pm ET.