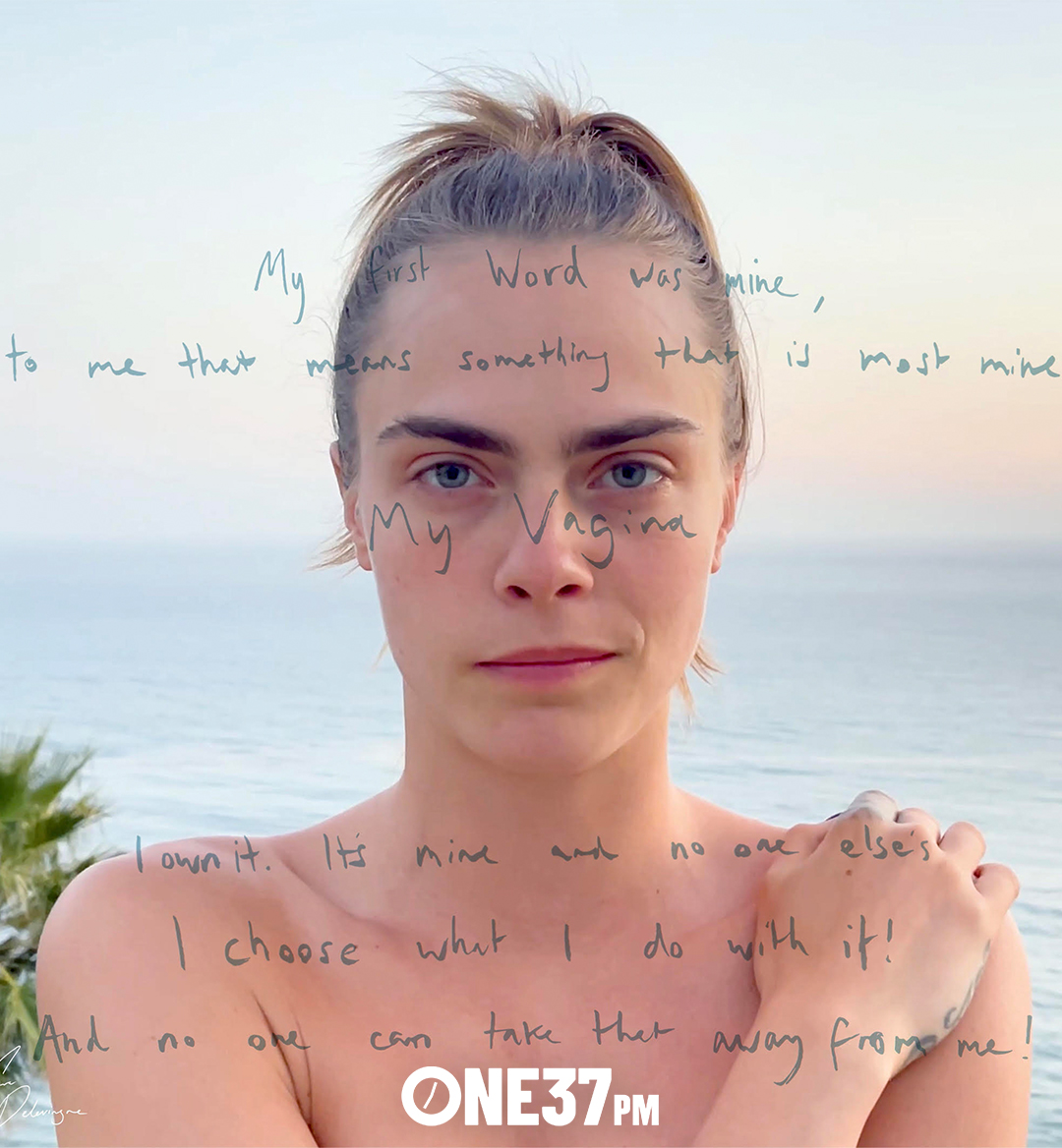 Today, the legendary supermodel and actress Cara Delevingne will be teaming up with anonymous artist Chemical X and musicians DJ Fatboy Slim, Dave Stewart of Eurythmics and the British dance music duo Orbital to release ThisIsNumberOne. In the preview video of her piece, entitled "Mine," Delevingne speaks frankly about the intimate project, which focuses on her relationship with her body. "Mine" is one of 5 items launching this week on ThisIsNumberOne with Chemical X—the next four are collaborations with dance music artists. 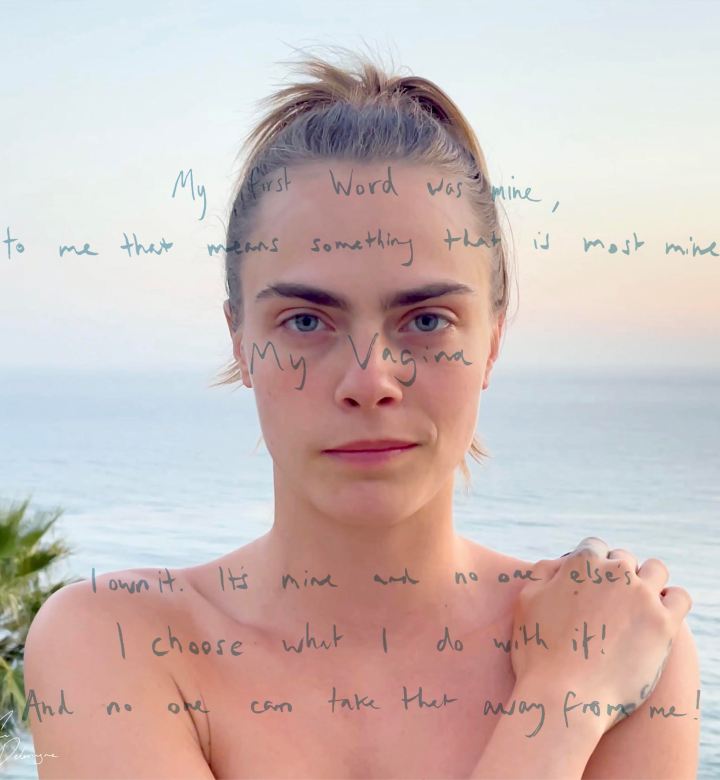 Cara said of her piece: “I want this to remind people of how incredibly powerful they are, what a beautiful thing their bodies are and to take pride in that.” All of the proceeds from Cara's launch will go towards the Cara Delevingne Foundation, which supports women’s rights, the LGBTQ community, mental health and environmental causes. 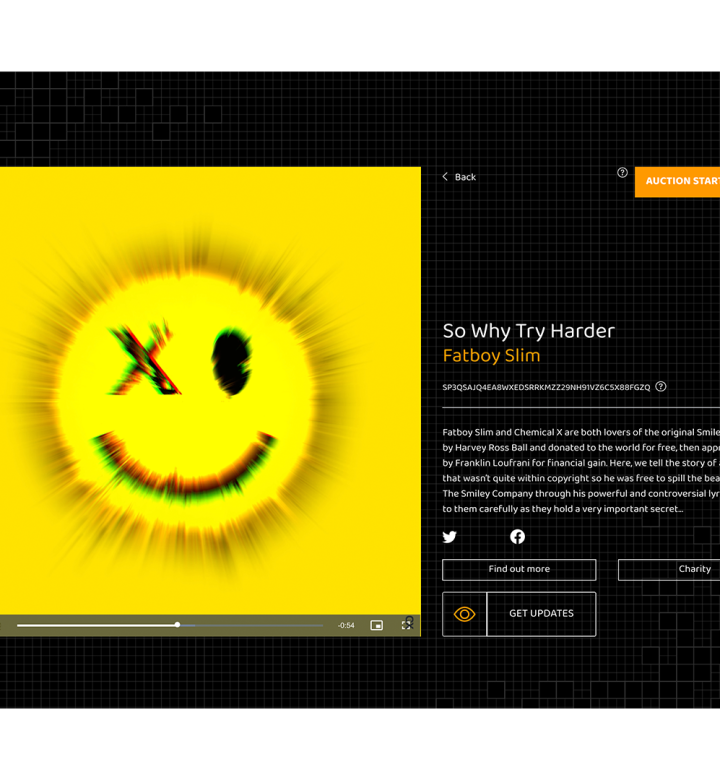 Fatboy Slim's piece, entitled, ‘So Why Try Harder’, features singing smiley faces that evoke early acid house culture alongside a specially recorded quirky Fatboy Slim soundtrack—as Fatboy Slim fans would expect. I'm personally a huge Fatboy Slim fan; my childhood was punctuated by moments of listening to "Weapon of Choice" with the windows rolled down in the sun. Slim, whose real name is Norman Cook, said of the project: “I’ve always been a big fan of art and so I jumped at the chance to create something I’ve never done before.” Part of what makes NFT culture so cool is the way in which it is inspiring innovators to get involved with art more generally.

The artwork goes live today and will be on display for 7 days during which time ‘expressions of interest’ can be made. If a private sale is not agreed after that time, they will be auctioned off to the highest bidder. All of the #1 NFTs on the site are in an edition of 1.

The project marks a collaboration between Chemical X and blockchain tech company Risidio. Risidio has big plans for the year, including the the launch of Risidio Xchange—a fully decentralized auction platform for digital collectibles on Stacks 2.0. Peter Ponton, CEO of Risidio said of the Chemical X project: "For Risidio, this particular project is the gateway to a user-owned internet that is fair for all. Working together in collaboration with Stacks, our collective aim is to build a better internet on Bitcoin that gives ownership of our identity, data, and wealth back to the individual and away from the corporations that currently sell it back to us."

One of the most interesting elements of the drop, from a technical perspective, is where the project is being minted. As opposed to being minted on Ethereum, as is the case with most major NFT projects, ThisIsNumberOne will be minted using Bitcoin via Stacks. Current gas prices of ETH (and its exploding value) are sometimes an obstacle to getting into the NFT game, so projects minted on other blockchains provide an interesting alternate avenue.

Keep your eyes on Chemical X's drops this week and Risidio's roadmap for the rest of the year.