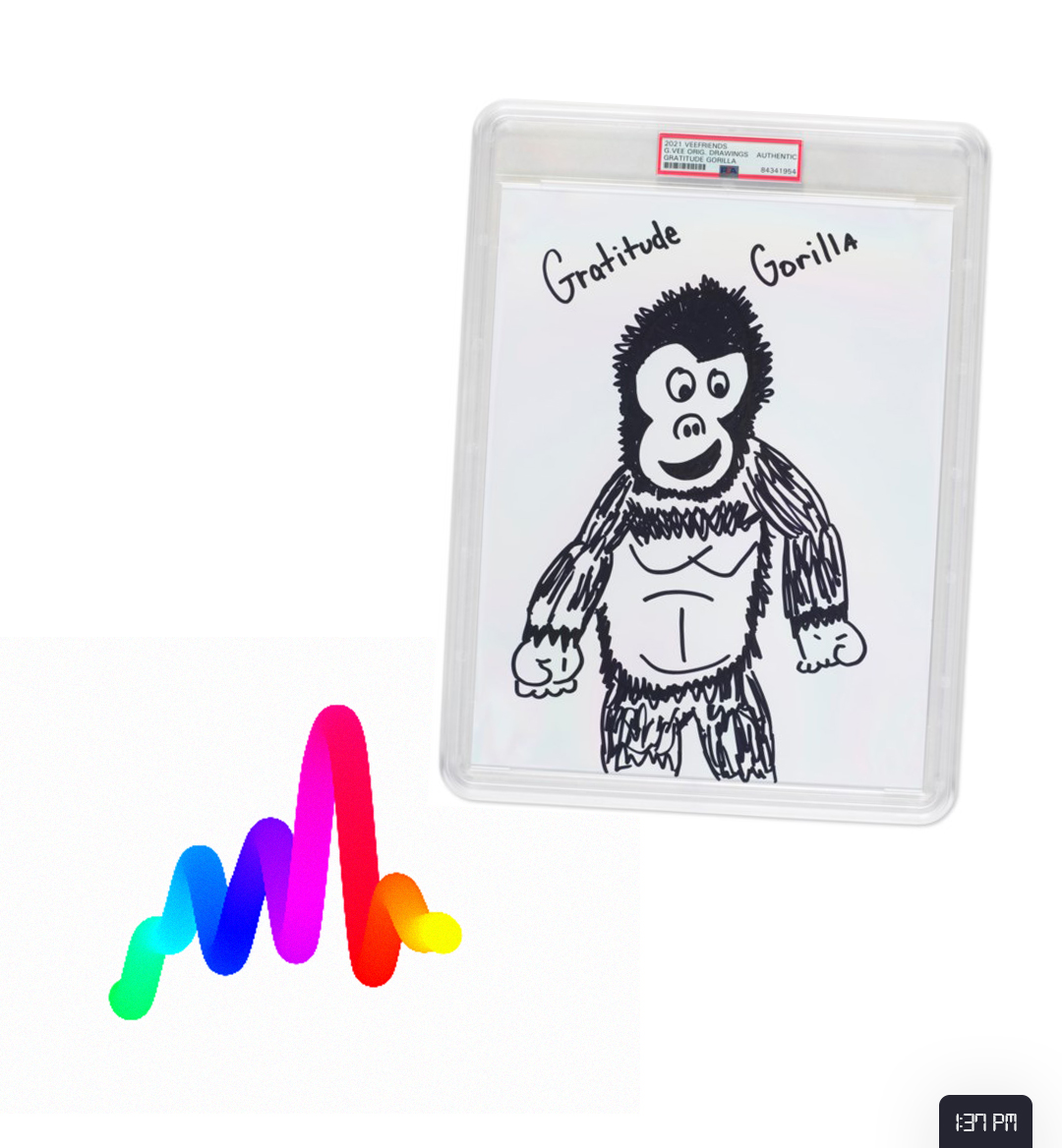 As part of the October 1st, Post War to Present sale at Christie’s, an all-new lineup of art and currency for bidding will be implemented as the auction commences.

The auction house boasts some of the highest-quality artwork spanning the last several decades, representing some of the most contemporary concepts and visual creations throughout the art world; this auction is accompanied by an all-new art form that is breaking its way into the upper-echelon of fine art: The NFT.

Art Blocks, My Curio Cards, and VeeFriends creator Gary Vaynerchuck will be amongst some of the most well-known names in the art world including Andy Warhol, Cindy Sherman, George Condo, Tracey Emin, Damien Hirst, Wayne Thiebaud, and Yoshitomo Nara.

NFTs debuting at auction houses is becoming increasingly common ever since the massive milestone of the Beeple’s “Everydays -- The First 5000 Days” selling for record-breaking $69.3 million. The October 1st auction will be another milestone for the Art Blocks and My Curio Cards NFT collections since they will be the first-ever auctions to be conducted in ETH.

Between My Curio Cards being launching in May 2017 and becoming the first Art NFT project on Ethereum, Art Blocks creating a die-hard community and curating some of the best generative art ever seen, and Gary Vaynerchuk innovating the way we embrace community, imagination, and the union of the two — there is no doubting their placement next to some of history's most influential artists.

My Curio Cards - The Full Set

My Curio Cards represent the innovative minds who saw a vision where the metaverse plays a role in our everyday lives. Featuring 30 unique series of cards from seven different artists, the complete set that is on sale represents the visionary artwork that captures a moment in history that had the foresight of the current internet revolution being sparked by web3 and NFTs. The cards are numbered 1-30 and each has its own edition size. There are 30,000 in total, with an estimated 4,000 lost. Looking at the art on each card throughout the collection, there is a comfortable feeling to the variety of styles on display — calling back to the aesthetics of internet art and the wide variety of experimentation that can be found across digital art galleries and forums.

Generative art is nothing new in the art world. It emerged in the 1960s right after Cubism, Dadaism, and surrealism. However, the new wave of on-chain generative art that has emerged on the Art Blocks platform may be the most refined form that the art world has ever seen. The crazy part is that this is just the dawn of a new era.

Founded in 2020 by SnowFro, who is also the creator of the first Art Blocks Chromie Squiggles, the platform quickly rose to the top of the most desired NFTs to collect. Since the inception of Art Blocks, a range of talented artists have joined the Art Blocks Curated roster including the iconic Fidenzas creator Tyler Hobbs. The factor that make the new wave of generative art on-chain so compelling is that nobody knows what will be generated when the script is run—the code performs its range of outputs and generates something completely unique. The level of quality of each project is dictated by the programmer who runs thousands of tests to create the perfect rules for each unique output. For something so random, there is a lot of restrictions the artist must deploy in order to generate a visually consistent, yet diverse body of work.

The Christie’s Art Blocks lot includes a full set of Gen 1, 2, and 3, which currently has a total estimated floor price of about 600 ETH.

Tri-Daily Art Block Curated (ABC) Update. It's been an eventful couple of days for AB, with a couple of insanely hyped drops. Since today is all about Curated, i'll leave most of the Meridian chat for tomorrow. Taking an overlook look at the market it seems to be doing "more or pic.twitter.com/epgyqY5ifN

Whether it is Marchel Duchamp’s ‘Fountain’ from 1917, or more recently ‘Comedian’ which was the Banana duct-taped to a wall that sold for $120,000 in Miami by artist Maurizio Cattelan, there will always be moments in art history where people question the integrity of the art. Artworks like ‘Fountain’ or ‘Comedian’ are important for broadening the expanse of what art can be, and this is why it is so exciting to see the VeeFriends artist and entrepreneur Gary Vaynerchuk debut his coffee table style drawings amongst some of the most celebrated artists of the past century. The artwork that Gary Vaynerchuk is auctioning for sale is not the actual NFTs that are part of the VeeFriends collection, but instead the original one-of-one drawings that have the same aesthetic and energy as the artwork portrayed throughout the NFT collection. VeeFriends have gained their recognition through the community that has upheld the vision that the art represents. Similar to the success of My Curio Cards and Art Blocks, VeeFriends—like many other NFT projects—are creating a new form of expression through the community that embodies the creator’s vision. Each artwork represents a bastion of individual personalities who support each other, along with the vision that Gary Vaynerchuk spreads as an influencer of culture, relevance, and the internet. To discount the artwork that Gary Vaynerchuk has put up for auction as being out of its element when placed alongside some of the greatest artists of the last century is to discount the importance that art has in influencing culture and capturing the world around it.