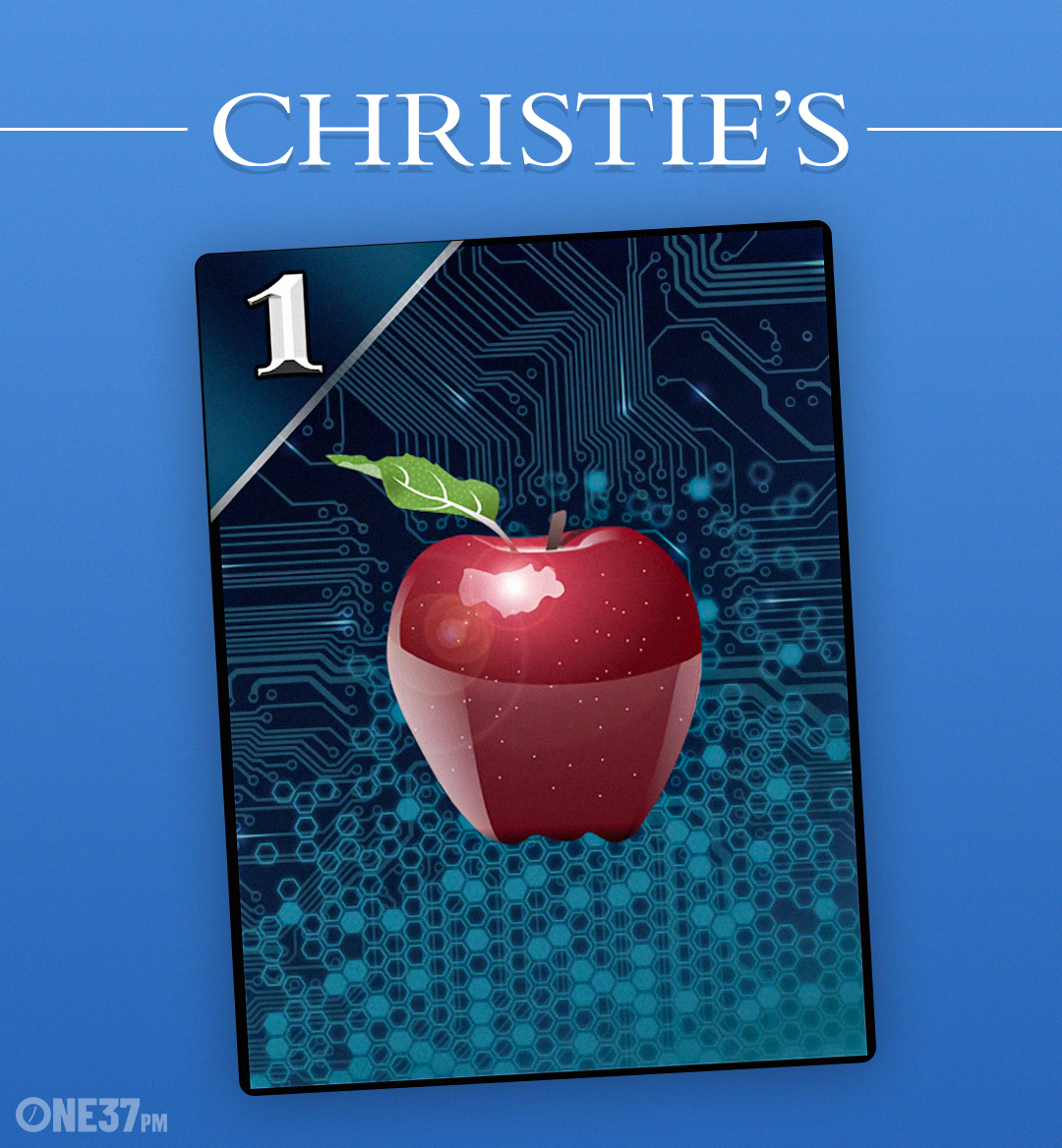 This past March, Christie’s auction house set a world record sale for an NFT with a price tag of $69,346.250. It was the first auction of an NFT at Christie’s, and it goes without saying that it was a smashing success.

The sale created a lot of buzz and put a spotlight on NFTs. It was validation that digital art could be bought and sold at high valuations from respected auction houses that deal with high-end clientele.

With the success of its first NFT sale, Christie’s decided to auction more tokens in May. This time, they went with CryptoPunks, a project that was released in 2017. 9 assets from the project were sold as a bundle and hit a price of $17 million, providing even more validation for the NFT space.

As we enter the fall, Christie’s has selected a few other promising NFT projects to be included in two separate auctions: Bored Ape Yacht Club, The Meebits, Curio Cards, Art Blocks Curated and more CryptoPunks. It’s exciting to see the continued interest and commitment of Christie’s to sell even more NFT projects.

I had the chance to catch up with Noah Davis, who leads up NFTs for Christie’s Auction House; this article details our conversation, including how Christie’s got into NFTs in the first place, how he selects projects for the auction and what he makes of the impact on the NFT space with the upcoming auctions.

How Christie’s Auction House Got into Selling NFTs

“The idea of selling an NFT is not crazy. We sell dinosaur bones.”

Noah has been at Christie’s for 6–7 years and explained that he was in the “right place and right time” to become the lead on Christie’s NFT sales. He runs online sales for the auction house, so selling digital art seemed to be the perfect fit.

The historic first NFT sale in March was set in motion back in January because, as Noah explained, Christie’s “had done a lot of new things for the first time; we really experimented and were willing to take risks."

The global pandemic had ushered in a mindset that would create the perfect storm to lay the groundwork for entry into NFT sales. He and co-worker Meghan Doyle didn’t meet resistance from executives regarding the idea, as there was excitement to try out something new.

It wasn’t just Noah who was in the right place and right time, it was also the NFT market that was in the right place and right time. In the Spring of 2020, our world changed overnight, and digital interactions ramped up as we tried to address a pandemic that required social distancing and shutting down much of our everyday activities. By early January of 2021, the news started to break that a vaccine was on the way, and the light at the end of the tunnel was shining brighter. It was perfect timing for Christie’s to introduce a paradigm-shifting art as the world started to emerge from the pandemic.

The Process for Selecting and Curating NFT Sales at Christie’s:

Noah described his day-to-day to me, and it felt like a scene straight out of a movie:

Noah is in the center of all the action and spends time with communities in these projects, active buyers familiar with NFTs and potential buyers who are still learning about the new space.

This means that there are a lot of people who come to him in hopes that assets from their NFT project can be sold at Christie’s.

Ultimately, he is responsible for sifting through the many requests of NFT projects in order to make sure only the best of the best bubble up and are approved for an auction. It’s no small responsibility either, as he said that it would be “irresponsible to throw up art without a track record. That’s not the role Christie’s plays in the ecosystem.”

So how does he select and curate the projects to be featured in a Christie’s auction?

“The most important thing is the community. If there’s a Discord that’s engaged, plugged in, and present. That’s the most compelling thing that you can possibly have going for you.”

What I found unique about Noah is that he is in the Discord groups of various projects and interacts with members. He gets a feel for the community, the history of the project and makes sure there is an established price point before moving forward.

He is dedicated to his craft and has done a great job of being a bridge between the “old world” and “new world” of art sales. While many in the NFT community worry about what may happen as renowned auction houses get more involved to sell NFT art, Noah has proven that he inherently understands the spirit of this paradigm shift: community.

Community is a term that is sometimes oversold, but not in the way Noah uses it to identify projects. It’s common to see new NFT projects market their follower count and Discord members, but it’s another thing to observe a strong base of community members for months at a time who are consistently passionate about their project.

Curio Cards, for example, has a rich history in the NFT space as the first-ever digital art sold on Ethereum. It was rediscovered in March of this year and the community has steadily grown and stayed active during that time period. It’s clear that many members are involved in it in the long run.

There are also experienced NFT collectors in the Curio Cards Discord group who spend time educating others on the significance of the project and what it means for the modern NFT environment. This is similar to other projects that have been selected to go up for auction on September 17th and October 1st.

Upcoming NFT Auctions and Their Impact on the NFT Evolution

Both Noah and I agreed that no one has a crystal ball and it’s too bold to make any predictions about the NFT space with any degree of certainty. Both of us, as well as many others, are optimistic about the future, but it’s always important to be patient and never spend money you can’t afford to lose.

With that said, Noah has found himself in a position where he has the chance to make a lasting impact on the NFT community:

“My main goal beyond getting great results is to induct people into crypto. I want people to be so enthralled by this. I want them to take the same leap I did. I bought my first Ethereum in April. This has been the most amazing transition of my life and I do see a lot of promise and utopia in decentralization and blockchain.”

For many of us, NFTs have been life-changing and it’s not just about the money. It truly is about the community — the friends, the innovation, the creativity. The spirit of the blockchain is decentralization and the enablement of people to come together and build great things.

Noah summed this up perfectly when he explained that it’s no longer “If you build it, they will come.” It’s now “If you invite them, they will build it.”

Despite the headlines and eye-popping sales numbers, there were still just 412,388 active buyers on the top 4 Ethereum marketplaces from August 1st  - August 30th.

This is just a fraction of the population many think NFTs will reach, and Noah explained that the old guard of the art world is starting to catch onto the phenomenon. The record Beeple NFT sale “blew their minds” and many are now in the role of an “invested skeptic”:

“I am seeing now, certain art collecting dynasties getting involved in NFTs and hiring people to help them with their endeavors. We’re on the verge of a new wave of investment .”

These upcoming auctions will introduce people to new “cream of the crop” projects and likely will provide more validation for the invested skeptics. Many of them still can’t get over the intangibility of the assets, but some are starting to recognize that it’s a strength in the fact that it removes some of the things that make contemporary art “cumbersome”.

Noah referenced that it’s tough to drop everything and go on a vacation when you have a $100 million painting sitting in your home.

At this point in the evolution of NFTs, people are watching. They’re learning. They’re cautiously optimistic. Noah and the team at Christie’s are bridging the gap and keeping the communities of people who have built up the space top of mind while doing so.

How Will The Auctions Work?

The October 1st Christie’s Auction in New York City will be another step forward in the evolution of their NFT sales.

Lots A and Z (the first sale and the final sale) of that auction will be Curio Cards and Art Blocks. It’s significant that NFT projects will book-end the auctions and is a statement about the belief in how well they will perform.

Bidding for these lots will also be conducted in Ethereum for the first time ever.

The auction will be done live, with an auctioneer. People will be able to view it online, bid on the phone, bid online, and (hopefully) bid in person.

Perhaps the most exciting feature of this auction is that it will be done in 1 day, whereas other auctions have taken weeks; the energy and intensity will be condensed into a smaller time frame.

It will be fun to watch what happens on both September 17th and October 1st as well as after the auctions. Some new projects will get much broader exposure and there will be more opportunity for the continued validation of NFTs as a viable high-end collector’s item.