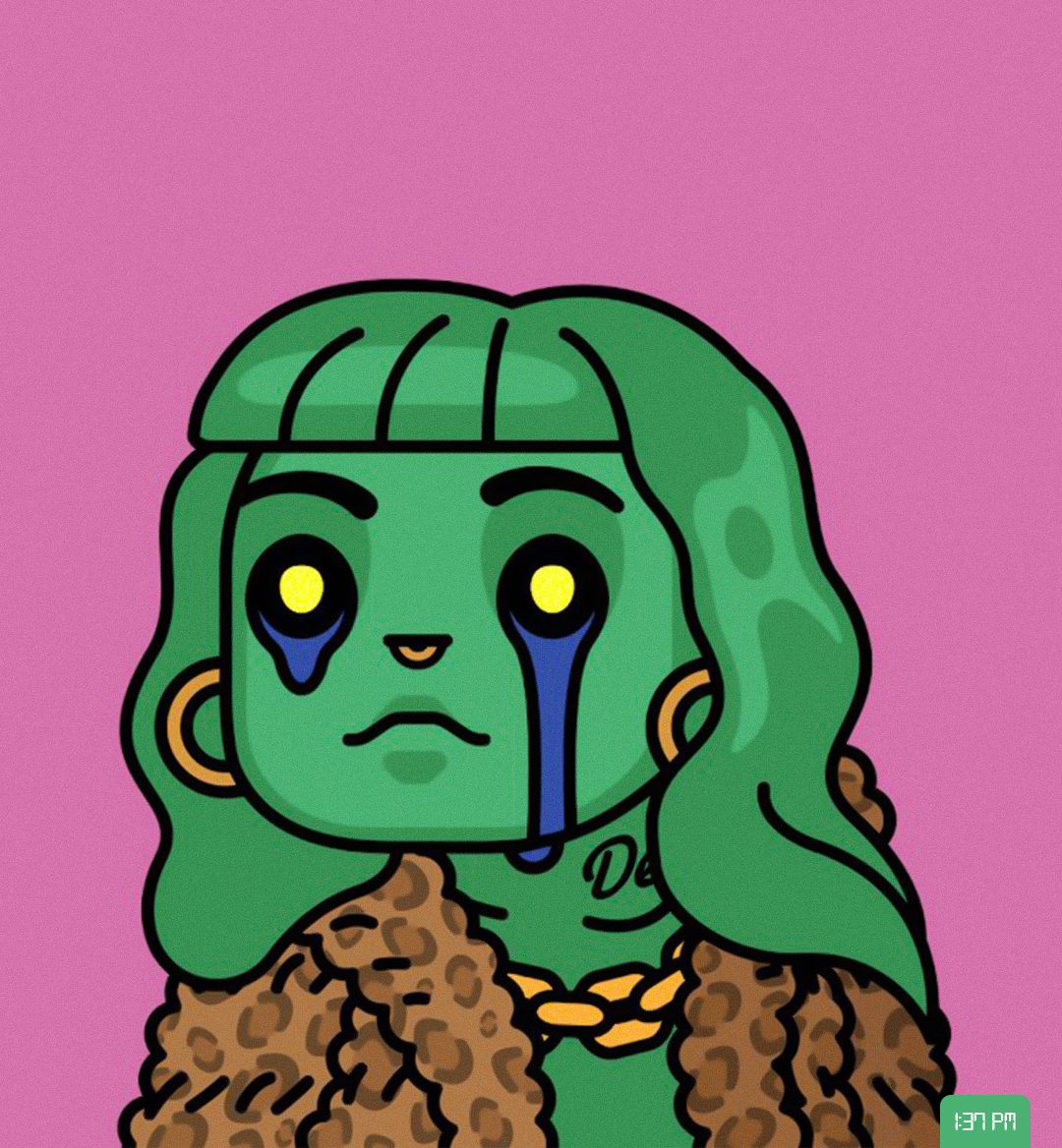 For ONE37pm’s third day of our 25 Days of POAP, we had the wonderful opportunity to collaborate with the team behind one of my personal favorite PFP projects in the NFT space, Deadfellaz. I view the collection as one of the first to explicitly assert that there were no genders assigned to each character, and I believe they spurred a lot of the fascination with zombies and the undead in avatar projects. The project is helmed by co-creators Betty and Psych; I got a chance to catch up with the duo ahead of their jam-packed December to hear about plans for the future of Deadfellaz, the genesis of the project and more.

The Birth of Deadfellaz

Betty and Psych both hail from an agency background, but grew weary of the lack of autonomy granted by client work. Psych—as his name would suggest—blossomed as an illustrator inspired by psych-art, an influence that remains paramount in much of his work to this day. In his own words, he has historically made “very bright, very flowy, not very client-friendly psychedelic art.” You can see that influence in the DeadFellaz artwork, and especially in the design for the ONE37pm POAP.

The genesis for starting a PFP project essentially came down to Betty noticing a lack of representation in a lot of popular avatar projects and a desire to fill that void. Psych had been asked a few times to get involved with other NFT projects, but they ultimately opted to launch their own collection. When examining other projects, Betty noted that, “I didn’t see much gender diversity,” which is what ultimately led to the genderlessness of the characters in their collection. Betty tells me that she wanted to “restructure the systems in a way that benefits everyone, and build a future that is more inclusive and progressive.” By not assigning a gender to any of the characters, “It allows people to see themselves,” Betty tells me. “You can interpret it how you like.”

Then, of course, came the zombie theme. Both Psych and Betty are self-described “big horror fans,” and they loved the idea of creating a project investigating the “the strange cultural phenomenon around zombies and the undead.” “There’s a fascination that’s run through all of time with the macabre and the spooky,” Psych adds. All of these swirling fascinations led to the creation of what is now one of the most beloved PFP projects in web3.

I was enchanted during our call by the lore surrounding the characters, which is expanding each and every day. The DeadFellaz are the result of experimentation on the undead, culminating in a sort of purgatorial creature that is neither undead nor fully alive. They’re “cured,” but continue to live as visibly undead beings. The Fellaz were all relegated to quarantined zones around the globe; the characters we know so far are from Dead Zone 13.

Betty and Psych, who have become the unlikely protagonists of a burgeoning metaverse, happened upon a similar testing lab to the one that cultivated the Fellaz, but inside found a vast array of animals. These companions comprise the next evolution of the project: DeadFrenz. “It’s human nature to want companionship,” Psych cheekily notes to me on the introduction of the Frenz.

Once Betty and Psych freed the Frenz: “Now they’re just best friends who go through the metaverse together.” A lot of what’s planned for the DeadFrenz down the line isn’t available to the public yet, but Betty tells me: “We have so many plans for them.” One thing that makes the Frenz stand out amongst other companion projects is that the little fellaz will be PFP-ready, so you don’t need to own an OG DeadFella to rep the project. Frenz are anticipated to drop some time early in the new year.

One of the most exciting plans on the horizon is DeadFellaz forthcoming collaboration with augmented reality company Jadu, which will allow some lucky holders to get to take their avatars through the real world.

Jadu Hoverboards are NFTs that let your avatar fly in the Metaverse & AR.

If you own a DeadFella, you’ll be able to enter a raffle to hopefully reserve one of the 5555 spots available for participating NFT projects to get a hologram to take around the real world. Winners will be announced on December 9th.

Secret word (only usable via the POAP mobile app):

There is a lot of fun stuff in the works that Betty and Psych can’t disclose yet, but there are a few more nuggets to get excited about. They’ll be hosting a party in Decentraland at the end of Art Basel this week for anyone who wasn’t able to make it down to Miami to get to participate in the fun. They’ve got 40 artists booked for the event already, and they plan to let anybody who’s interested into the event. They’re also in the process of creating a virtual DeadFellaz gallery with OnCyber, so stay on the lookout for that.

And then, of course, there’s also their collaboration with ONE37pm on a POAP, launching today. If you're this far into the article, odds are you already saw the code. Enjoy.