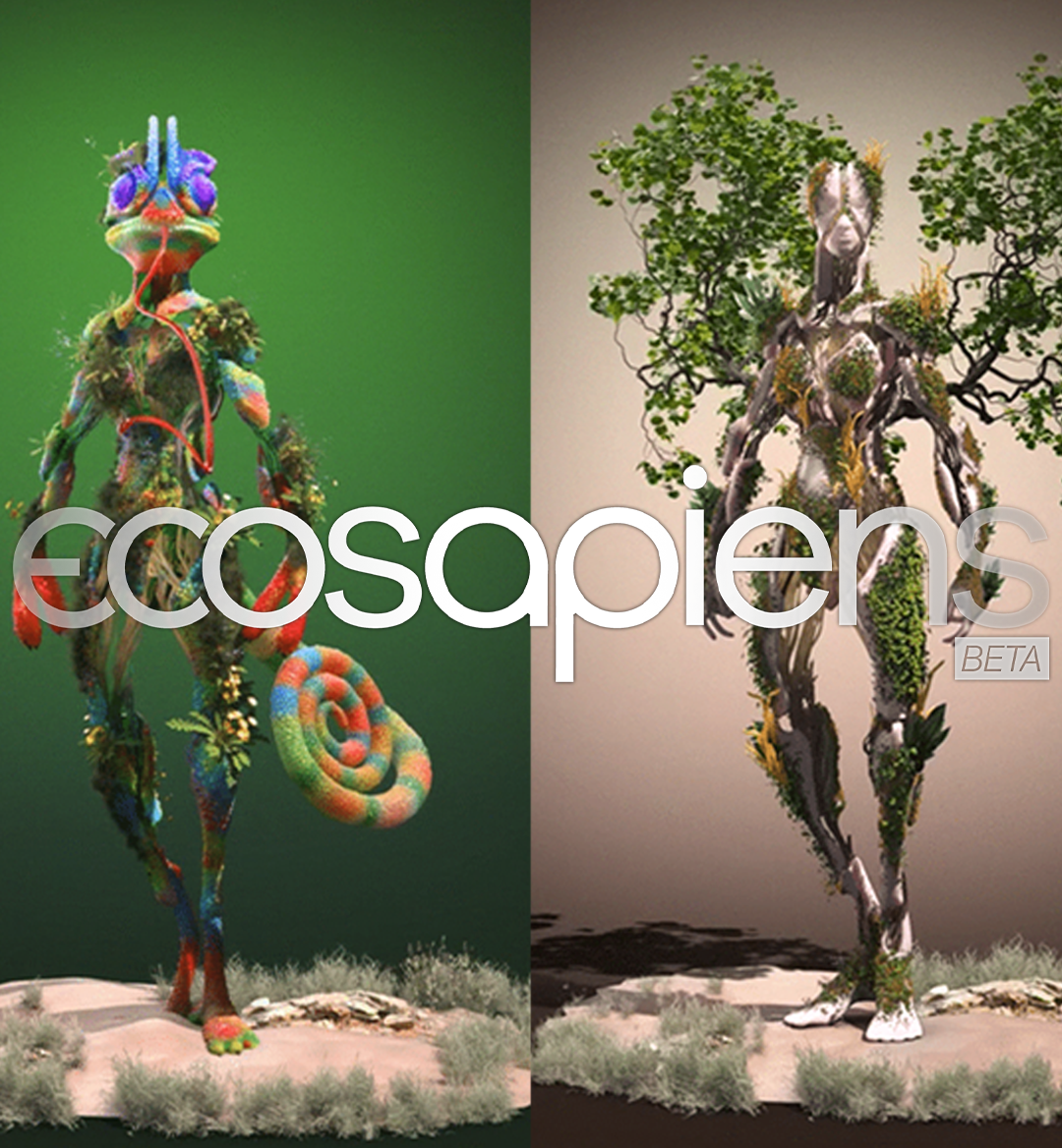 With the world's first Carbon-Backed NFT, Ecosapiens aims to enable consumers to collect nature-based carbon removal credits and inspire their peers to join through the ease of one-click climate action.

Solving climate change is a hefty goal, but the Ecosapiens team wants to take real, verifiable, and rewarding climate-corrective measures to do so.

With our upcoming launch on the Ethereum network, we’d like to give you a quick recap on Ecosapiens and what we’re building 🧵 1/15 pic.twitter.com/RSomuINzny

In an extensive Whitepaper, Co-founder and CEO of Ecosapiens outlines the need for carbon removal and how the best way for it to happen is through consumer participation.

Sustainability needs to be seamlessly integrated into a consumers life, derive financial results, and has to have social and cultural benefits -- across any product category (how we move, how we eat, how we spend, etc.) If these conditions are satisfied, we strongly believe that consumers DO pick the impactful choice.

Garret Kane, co-founder, sculptor, animator, and writer, is in charge of the creative and artistic process of the Ecosapiens art. He is best known for this 3d sculpting which explores the confluence of art, nature, and technology and its effects on humankind and the world. Inspired early on by science fiction, his work invokes issues of our times, such as climate change, and he donates 10% of artwork sales profits to environmental charities. 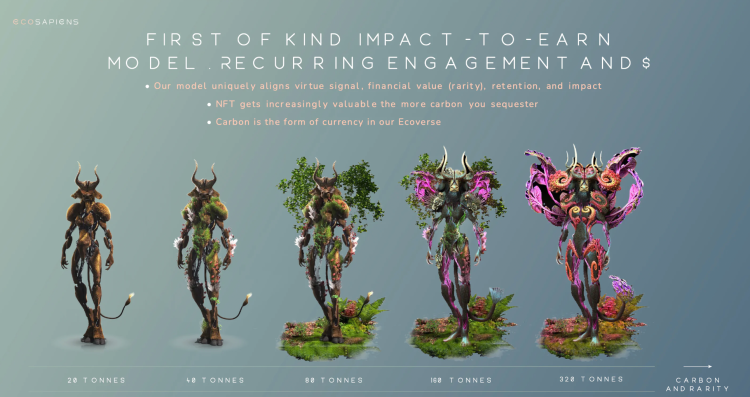 The first offering of the company's Ecogenesis Collection will begin in December with the sale of a limited number of NFTs, followed by subsequent editions in 2023.

The effort serves as a cornerstone upon which the Company will build an "Ecoverse" – a full-stack platform that will help consumers align themselves with sustainability, and seamlessly integrate eco-friendliness into everyday life.

The nature-based carbon credits contained within each Ecosapien are verified by market-leading rating agency Sylvera, offering full transparency into the attributes and location of the associated projects. Owners will have the option of adding up to 320 tons of carbon to their Ecosapien NFT, causing it to grow in rarity and evolve dramatically as it levels up at each carbon-capture milestone.

10/ Through our Impact-to-Evolve model, your impact is compounded as you level up your character by purchasing additional carbon. As your character evolves, it becomes increasingly rare and valuable. pic.twitter.com/bFwMzyc8Ud

"Each Ecosapien grows and evolves in harmony with the owner's commitment, and reflects the restoration of life it has sponsored in the real world," said Garret Kane, Co-Founder and Chief Creative Officer. "While we are creating something uniquely beautiful, we are also reimagining the avatar as a symbol of leadership and responsible action toward improving the health of our planet."

The initial drop is expected to offset up to 200,000 tons of carbon by its owners, which is 2x greater than the yearly emissions of the Polygon Network, or equivalent to 4.6B miles driven.

As a result, the mint alone represents one of the largest single consumer purchases of nature-based carbon that makes a real difference in supporting champions in the carbon removal space, and ultimately the planet. The collection strives to make a continual impact by baking in a novel "payback-to-carbon" feature in the NFT that enables the collection to accumulate additional carbon in parallel with future purchases, thus compounding the environmental impact of each NFT long after the mint while accruing carbon to the owner.

7/ What is your big vision?
We envision building out an entire EcoVerse, a term we coined to represent a suite of products that align what’s good for you with what’s good for the planet. These products also have to make you look good (ie. Tesla and Patagonia). pic.twitter.com/LytEyr3Gjq

The team aims to build a premiere community of climate benefactors, ReFi leaders, and climate innovators around its primary NFT. In the long run, the company aspires to build a full-stack tech platform that makes it "1-click" easy for consumers to make an impact on the environment.

If we can enable consumers to reduce their carbon footprint by just 1%, it could be the first domino toward longer term consumer decarbonization – we just have to make the lower-carbon option more attractive, quick ROI, frictionless, a virtue signal, and lower cost.