Immutable X, Guild of Guardians, and All Things NFT Gaming 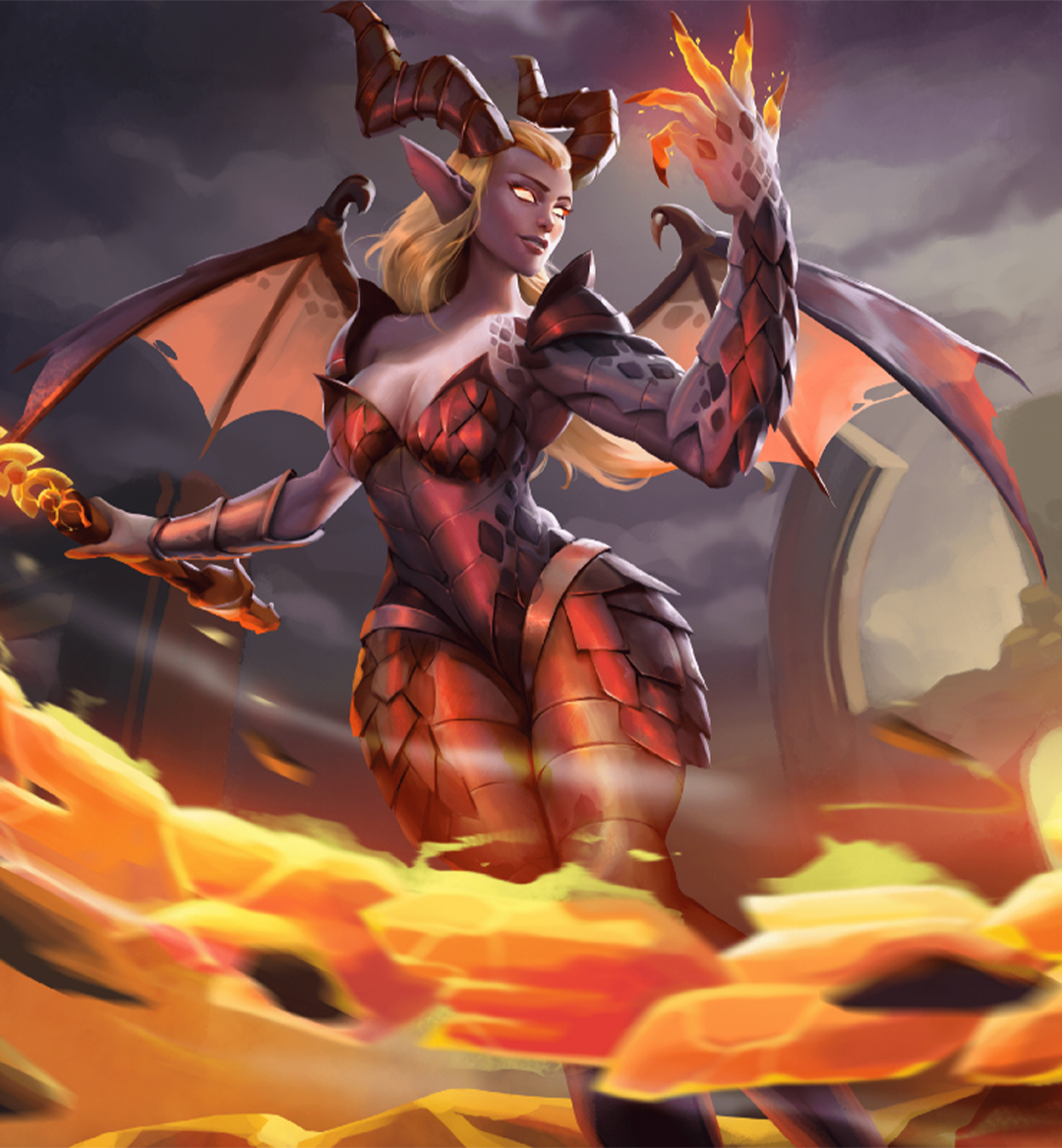 The world of blockchain gaming is quickly becoming a popular trend among casual/hardcore gamers and cryptocurrency investors that have dived into the realm of NFTs. One of the gaming producing companies that have been a major force within the blockchain gaming space is Immutable - besides offering up titles such as Gods Unchained, Immutable has also built the first Layer 2 for NFTs on Ethereum for blockchain game developers that want to utilize its platform.

Derek Lau, who represents Immutable as the company’s product lead on new games, is currently working on a brand new title called Guild of Guardians. During a recent conversation with ONE37pm, he detailed everything there is known about the upcoming action RPG and also passed along some worthwhile advice to those looking to get their first blockchain gaming project off the ground. If you still don’t have a clue about NFTs and everything that comes with it, then this interview should clear everything up for you.

ONE37pm: Give us a brief overview of Guild of Guardians and how the player response has been thus far.

Derek Lau: Guild Of Guardians is a mobile RPG that will allow players to turn their gaming passions into assets. It will be a multiplayer, fantasy, action RPG where players build their dream team of ‘Guardians’ and compete in a guild to earn epic rewards. We firmly believe that blockchain games should be both fun, and rewarding and that neither of those two realms should come at the expense of the other. Guild Of Guardians is built to tick both of those boxes, satisfying gamers and players of all different motivations and desires.

The Player Response Thus Far - In a single word? Awesome! We’re currently sitting at 116,000 pre-registrations for the game, and we’ve got a Discord community of more than 5,400 people (which is growing rapidly). We’ve got 34,000 Twitter followers, and thousands of people have filled out an ‘intent-to-buy’ survey for our pre-sale which goes live in Q2, 2021.

ONE37pm: How should a prospective blockchain game developer proceed if they're looking to get their project off the ground?

Lau: There are many things that a developer can do, depending on where they are at and the size of the team.

First is getting the right talent and knowledge base. There are a lot of differences between blockchain games and normal games - the most obvious one being that ‘normal’ games are built to have closed economies while blockchain games by definition must have open-world economies. It’s critical to learn as much as possible from existing projects and also understand how the blockchain interacts with the various parts of the game - from UX to marketplace to in-game interactions.

Second, they should develop a strategy for the game - Who is the target player? What type of game? Why does blockchain make sense? How are they going to compete? This of course comes together with the usual design and pre-production phase.

Next, they will need funding - this may be straightforward for existing studios or may require some creativity for smaller teams. Luckily the NFT space is hot right now, and a lot of gaming projects will run a “presale” in order to help fund further development by selling exclusive NFTs in the game before it launches.

Finally, they’ll need to execute. The blockchain gaming space evolves quickly, so being able to iterate and experiment will be key to being successful.

ONE37pm: Why is Guild of Guardians building on Immutable X?

Lau: Our goal is to build a quality, mainstream mobile game. This means having the best technology that can scale to millions of players. The most obvious blockchain choice was Ethereum, as it’s the second biggest blockchain and has enormous network effects. Using a sidechain or a different blockchain would be taking a big gamble that ultimately Ethereum will fail - and we don’t want to bet against Ethereum!

Immutable X is an Ethereum layer 2 scaling solution, meaning it retains the decentralized security of Ethereum while allowing for instant transactions and no fees. We’re also excited by the plethora of other projects building on Immutable X - as it means the overall ecosystem and marketplace will be much more vibrant! 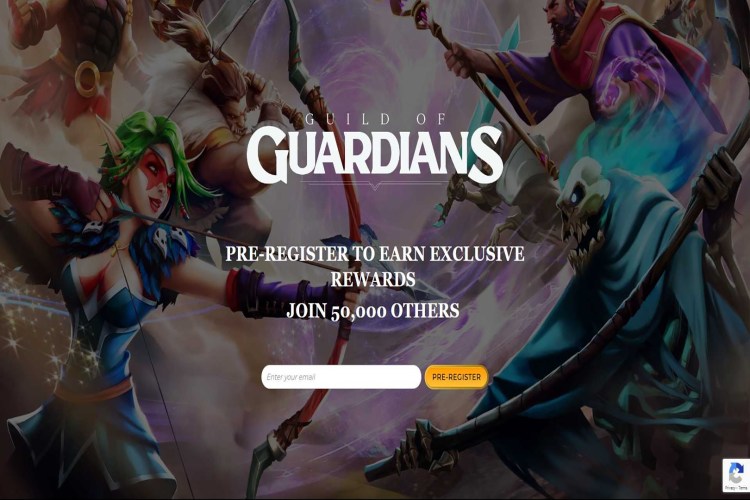 Lau: The Guild of Guardians share-to-earn referral campaign was pretty simple. We created a simple landing page where players could pre-register via a clear call to action. Upon entering their email, that player would receive 10 ‘points’. They’d also receive a unique referral link that was shareable with one click. They were awarded points for every person who then subsequently pre-registered using their link.

They could also gain points by liking and following the various Guild of Guardians social media pages. The more points they got, the higher rarity of NFT they earned. This spectrum started with a common summon and was reward-tiered all the way up to the rarest Legendary NFT summon. This created a viral loop that saw us blow up almost overnight, as we caught the attention of a swathe of Crypto Telegram and Discord groups - which then seeped out onto social media, and some news outlets.

ONE37pm: Are there any other blockchain games that have caught your attention besides the ones Immutable is associated with?

Lau: There are many interesting projects out there. Personally, I’m interested in other projects being built on Immutable X, such as the MCH+ games and Illuvium. Will be great to see how they use the platform. Outside of Immutable X, there is Axie Infinity, one of the ‘OG’ games who have done a great job at building their community, Ember Sword which has been in the works for ages, Sorare who just raised $50m, and Lost Relics, which I understand has mostly been built by one person! Apologies for the many games I missed - overall, it’s an exciting time for blockchain games and we’re excited to try to take it to the next level.

ONE37pm: What other projects have committed to building on the Immutable X platform?

Lau: Immutable X has had a bumper few weeks of partnership announcements. They are making some serious noise in the space, and we feel they have every chance to become the premier L2 NFT scaling solution globally.

Other projects building on Immutable X, and using it as their primary trading platform include:

They’ve also just announced a partnership with OpenSea, the world’s largest NFT marketplace, which will be supporting trading on Immutable X. That is enormous. 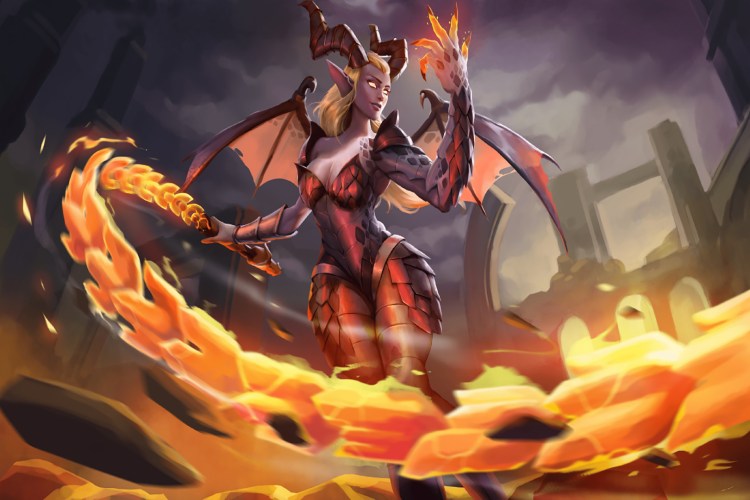 ONE37pm: What are some of the things that excite you about the future potential of blockchain gaming?

Lau: Where do we start?

The primary one is probably the ability for our players to have full ownership of their in-game assets. For too long, greedy game developers have hamstrung their player bases. Every dollar you spend in games like Fortnite, Call of Duty, and other AAA titles are literally nothing but sunken costs. Those items are entirely trade-locked, and the player actually has zero ownership of the ‘things’ that they purchase. The in-game purchase ‘industry’ was valued at $88 billion in 2019. That’s more than the movie and music industries combined. We will flip this model on its head, employing an industry-altering ‘play-and-earn’ model, which allows players to exchange, trade, and sell their in-game items.

We’re also immeasurably excited for the player-driven economies that Guild of Guardians, and the secondary marketplace that we are building on, will facilitate. There is a revolution in mobile gaming coming, and we’re excited to take things to the next level.