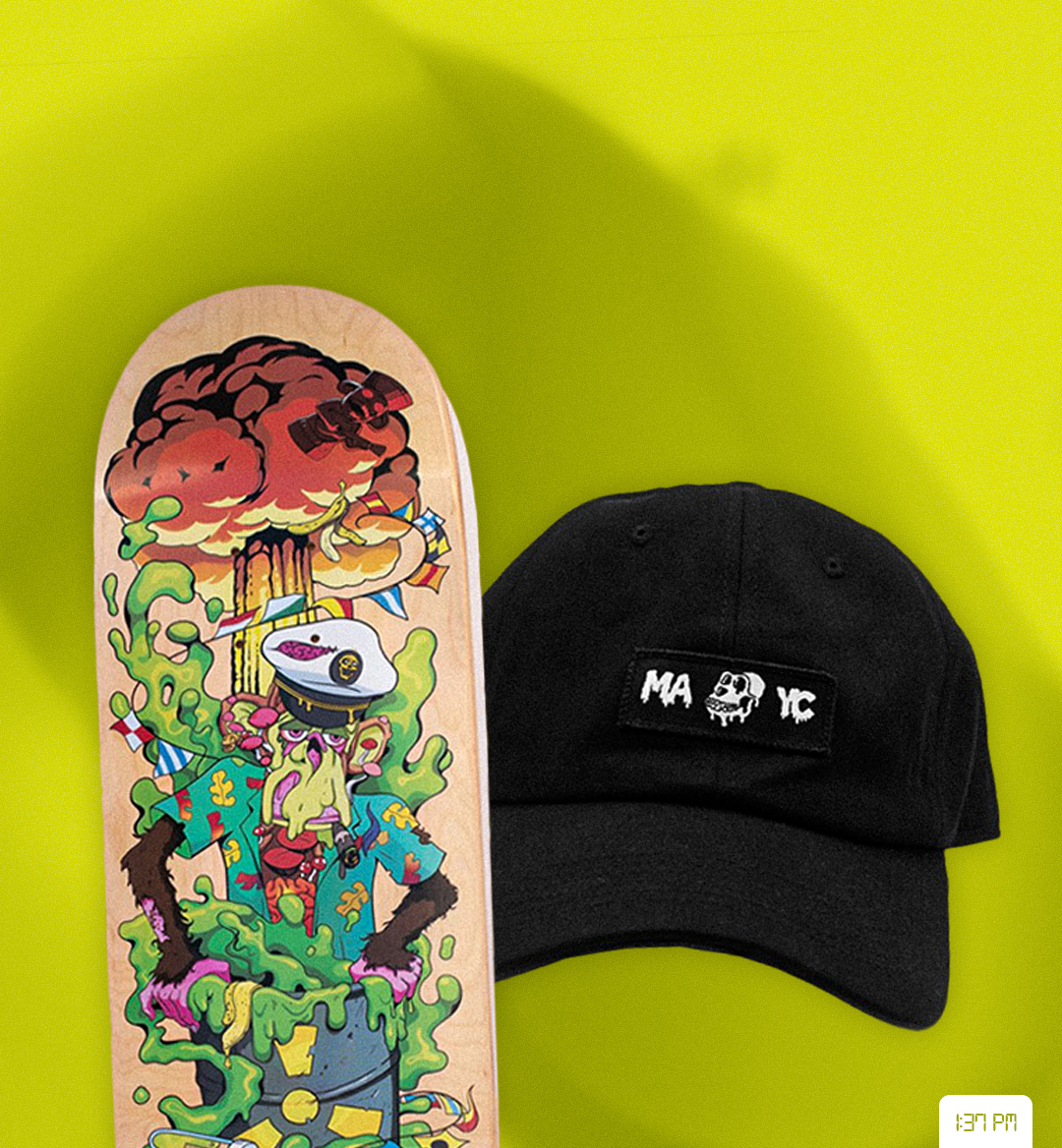 This week in the NFT community, things have been getting very exciting with some of our favorite NFT projects on the market. Join us in today’s NF3 recap as we take a look at what’s been going on with GaryVee’s VeeFriends and more. Bored Ape Yacht Club finally dropped their new MAYC merch store, and The Grid NFT platform officially launched on Thursday.

All of that plus more on today’s NF3 Recap. If this is your first time joining us, make sure to check our most recent NF3.

VeeFriends is an NFT project around meaningful intellectual property and an extraordinary community. Created by the one and only GaryVee, VeeFriends was released in May of this year and has continued to see organic growth.

When VeeFriends originally launched on May 11, the lowest floor price started at 2.5 ETH, with some of the core VeeFriends dropping as low as 0.5 ETH via dutch auction. Since the drop, VeeFriends has experienced exponential community growth. The Discord alone has more than 150,000 members, and that’s after accidentally kicking half of the community out.

As of recently, Gary decided to take 5 of his original VeeFriends illustrations to auction at Christie's Auction house. All together, Gary’s original sketches sold at auction for over $1.2M, giving the VeeFriends brand an even stronger stake in the NFT community.

Although the VeeFriends’ floor has been fluctuating tremendously, it has been holding steady between 10 to 20 ETH, with an overall average floor price of 10.4 ETH according to Cryptoslam.io.

As VeeFriends continues to develop as a brand, there are still some very exciting things yet to come. Gary just recently sent out emails to VeeFriend collectors who own a VeeFriend that gives them access to a 5 minute face-to-face meeting with Gary.

Along with the numerous utilities beginning to roll-out, we can’t forget that the date for VeeCon has officially been announced. The multi-day mega conference, which is exclusive to VeeFriends holders, will be held at the US Bank Stadium in Minneapolis, Minnesota through May 18-22, 2022. Surely we will share more about the VeeFriends project as we inch closer towards Veecon.

In order to enter the BAYC merch store, BAYC has assigned a one-time-use password to all the MAYC holders. To get your password, BAYC requires you to verify that you own one Mutant Ape by connecting your wallet to their site, and verifying your Ape. The merch itself is not sold as an NFT.

The merch store offers several different products for sale, such as:

Items are all limited to two per person with the exception of the skate decks which are first come, first serve. The sale on all MAYC merch ends at 11:59pm PT on Sunday. I am curious to see what BAYC pulls out of their hat next!

Sher Chaudhary, Co-Founder of Nostalgia Labs, who was behind the LaMelo Ball NFT collections, launched The Grid—a groundbreaking new NFT platform that allows fans to collect NFTs of the world’s rarest physical artifacts.

The Grid focuses specifically on breaking down the barrier to high-end memorabilia from groundbreaking performances by creating a digital collection of NFTs. The Gird aims to connect fans to some of the most illustrious items in history by distributing the world’s rarest game-worn and music artifacts on the blockchain.

“The Grid has secured artifacts that are extremely historic considering the moments that they took place in. These moments are what I call GOAT moments,” said Karvin Cheung, who oversees the creation of NFTs for The Grid.

The Grid is a gamified platform that certifies the provenance, ultimately creating a digital “Grid” of memorabilia by digitizing the physical artifact in the form on an NFT. It will be interesting to see what kind of artifacts The Grid will deliver to collectors.

Marvel announced that their Alligator Loki project is dropping on Veve Saturday, October 23 at 8am PT. These digital statues will be fourth in the Modern Marvel series and feature Marvel’s heroes and villains in their most distinguishable outfits, making them a must-have collectible for any Marvel fan.

Also, toy company Hasbro, Inc announced today that they have teamed up with The Worldwide Asset eXchange (WAX) to come together to create their first NFT collection, featuring the Power Rangers.

The collection is available for a limited time only through Hasbro Pulse. Members of the company will have early access to the NFTs through 4pm before sales are opened up to the public.