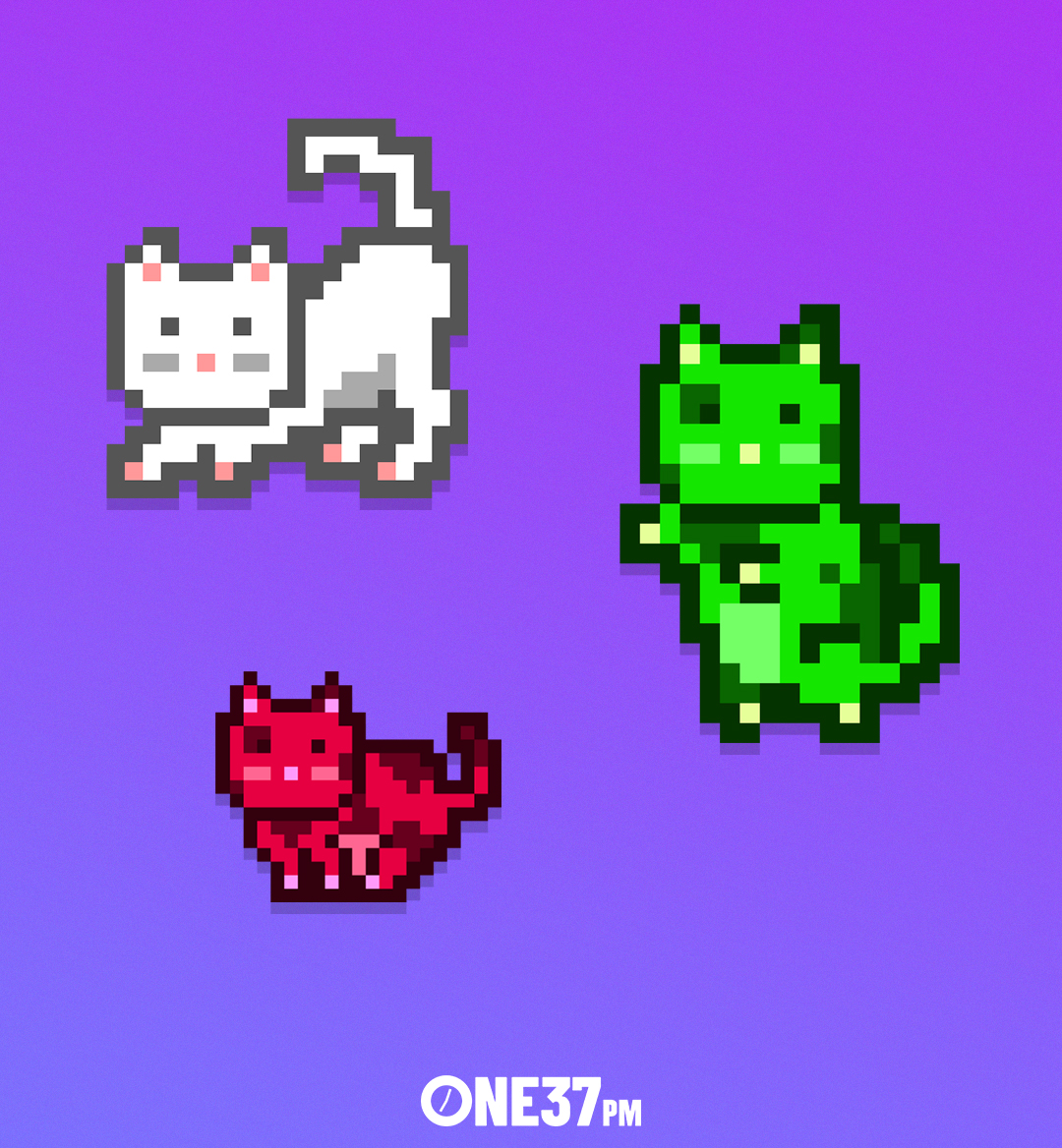 There’s a lot of excitement (and money) going into new projects, but there’s an alternative trend that’s been more loudly growing the past week: the rediscovery of historically significant NFT projects.

CryptoPunks paved the way for this rediscovery in light of its recent market explosion as it originally held the title for the first Ethereum blockchain NFT.

This has prompted people to go back in time and look at early projects that offer historical significance as a hedge against the exploding supply of new projects: 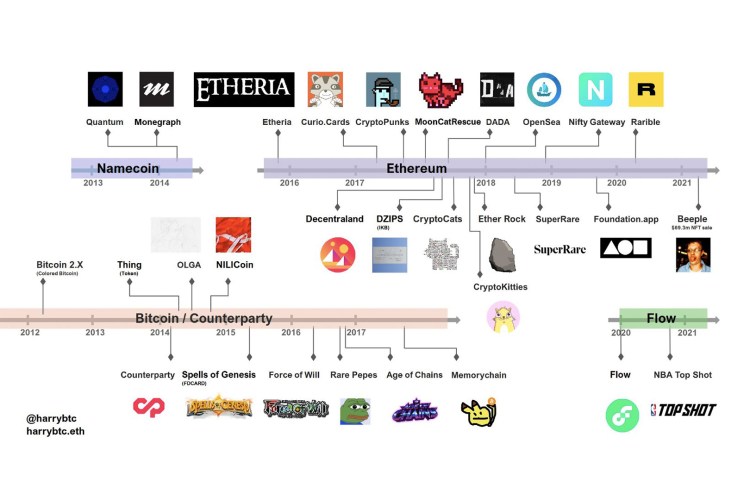 Below are the top 5 NFT projects released in 2018 and prior ranked by 7-day sales volume. 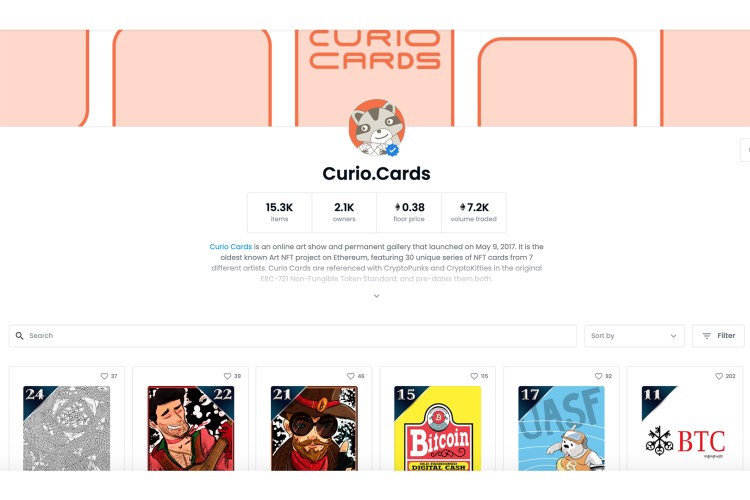 Released in May of 2017, Curio.Cards is a collection of 30 different cards that each have a corresponding meaning. Not all cards have the same supply or artist, and there are several styles of cards for collectors to choose from. It is recognized by OpenSea as the “Oldest known NFT art project on Ethereum.” This title was transferred from CryptoPunks by OpenSea after Curio Cards was rediscovered.

And collectors are taking note. 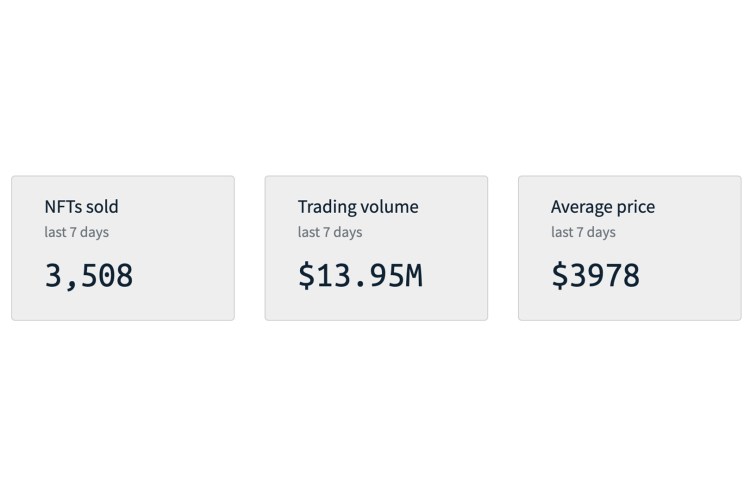 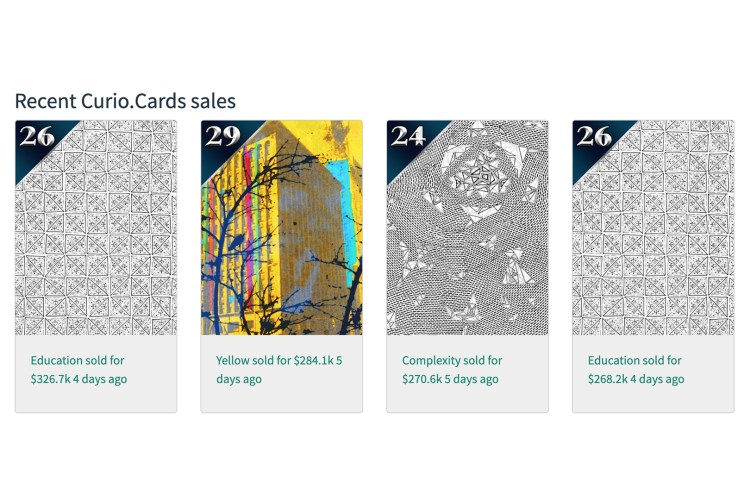 There’s a rich history behind the cards, the artists and the founders, as well as some of the technical aspects. The project was released so long ago that a new wrapper needed to be built to make them compatible with OpenSea.

What is wrapping? Curios were released waaay back in 2017, before NFT token standards existed. Wrapping takes your curios and 'wraps them up' inside a modern NFT token that is compatible with tools like OpenSea. You can also unwrap your cards at anytime

Cards were originally distributed to buyers through a vending machine, hence the need for a modernized wrapper, and the first card in the set, the Apple, was the first ever NFT art sale on Ethereum: 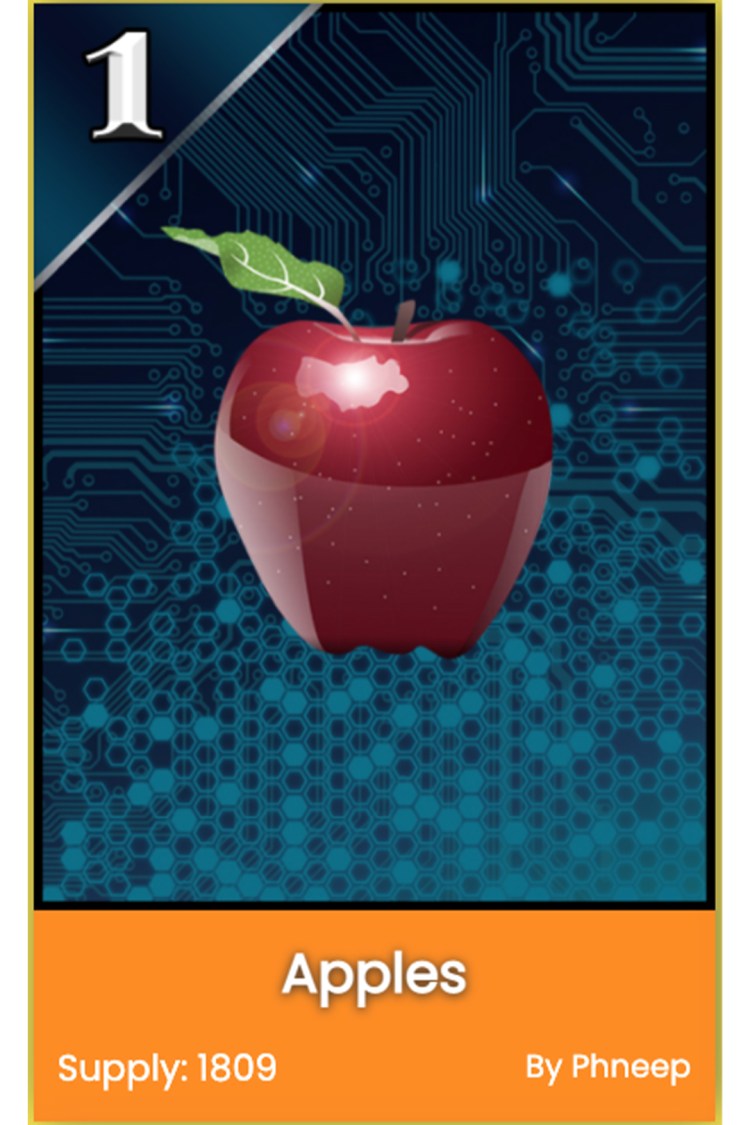 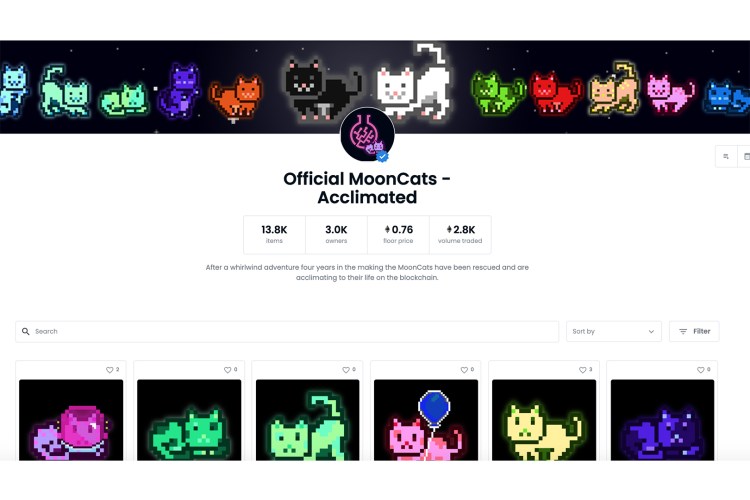 MoonCats was launched a few months after Curio Cards, on August 10th, 2017. The project originally allowed users to scan for the cats using a process similar to Ether mining.

3,365 cats were “rescued” in the first 12 months of the project, but it wasn’t until a Twitter user re-discovered the project on March 12th, 2021 that the rest were mined:

While maybe not as eye pleasing as the recent #CryptoCats discovery, after that rush happened I started digging around and came across #MoonCatRescue. Inspired by Cryptopunks as well, and actually predates CryptoCats. /1

After this tweet on March 12th, 2021 about the project, all of the remaining cats were rescued within 3 hours. 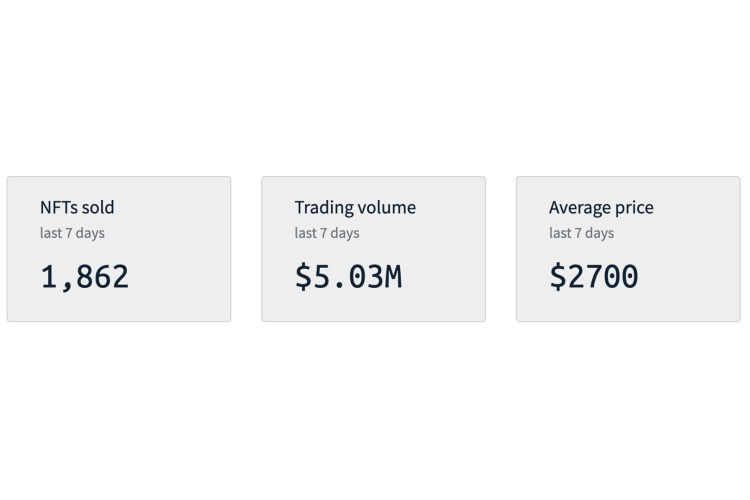 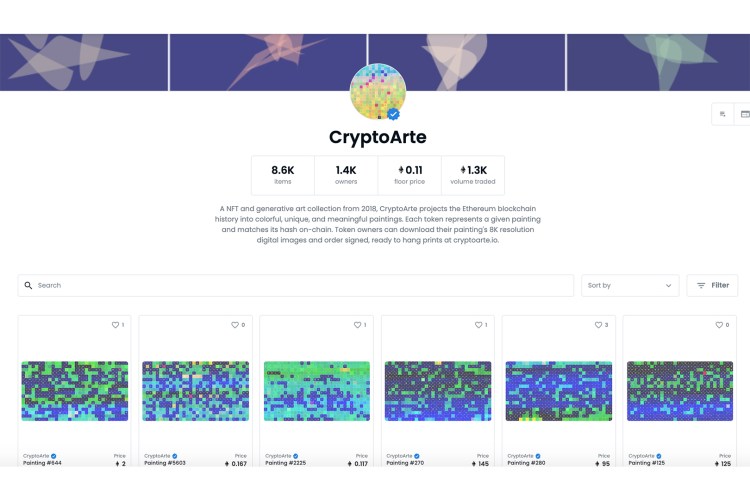 The project tells the story of the Ethereum blockchain through images. Each painting consists of 576 blocks that correspond to a block on Ethereum. The blocks are of varying colors and symbols that visually represent what took place to produce that block. This includes unique icons representing each of the miners who mined the blocks, different colors to represent the difficulty to mine, and many other features.

The first 10 NFTs were released on July 13, 2018 and the developer has continued to release the paintings in small batches up until today. When fully distributed, there will be 9,895 unique NFTs.

There are 471 known paintings that were minted in 2018 prior to AutoGlyphs and are generally considered the most valuable due to their historical significance.

The Autoglyphs project is recognized as the first-ever on-chain (fully contained on the blockchain) generative art project and has a floor price of 290 ETH. The eye-popping numbers are motivating people to give CryptoArte a second look.

CryptoArte is the first generative art on the Ethereum blockchain, but it was not done fully on-chain. 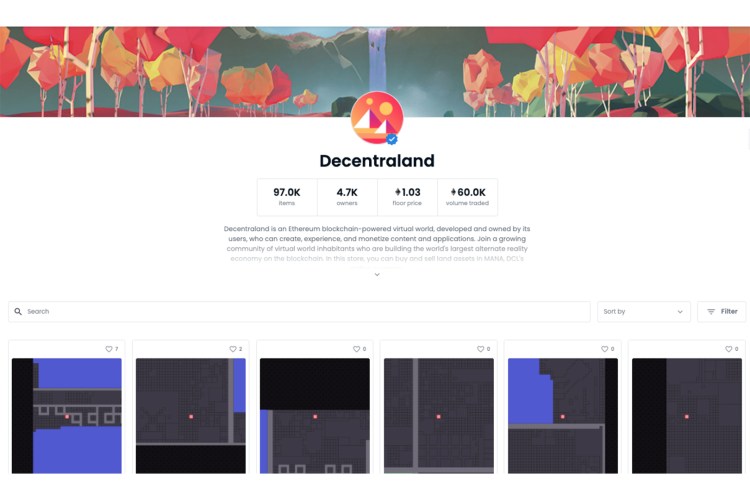 This is the first project on this list that allows users to purchase virtual parcels of land to be used in a blockchain-based virtual world. The concept of Decentraland was first written about in March of 2017.

It was released about 1 year later in October of 2018 and allows its users to buy, develop and sell their land. They can also meet up and interact in the space: 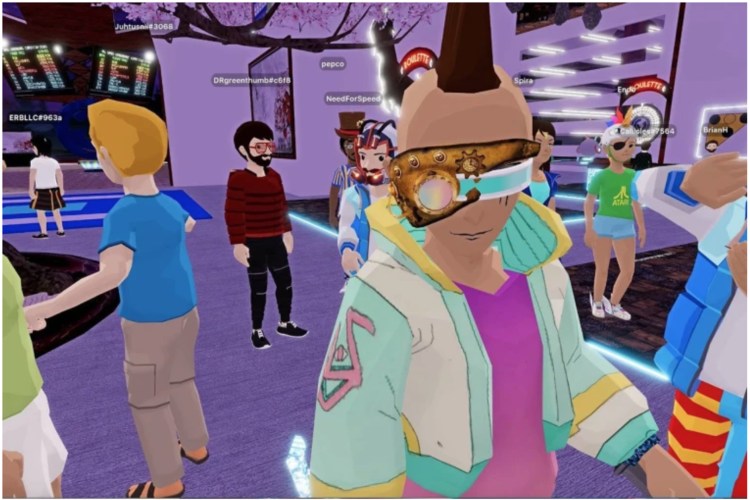 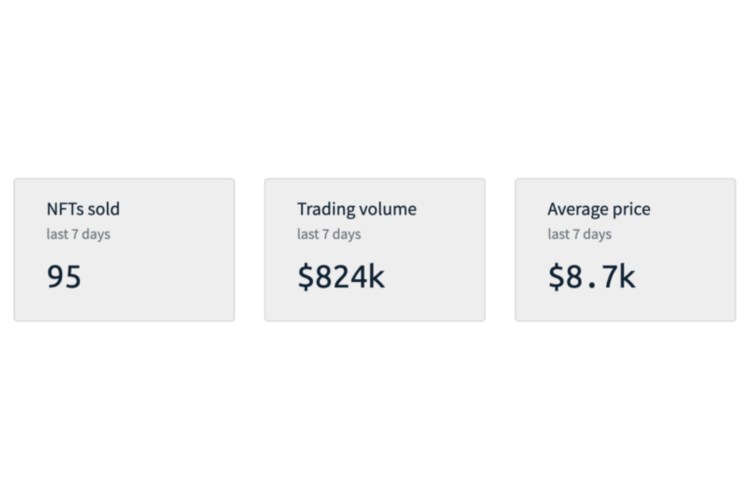 For reference, these land parcels sold for about $20 each back in 2017. 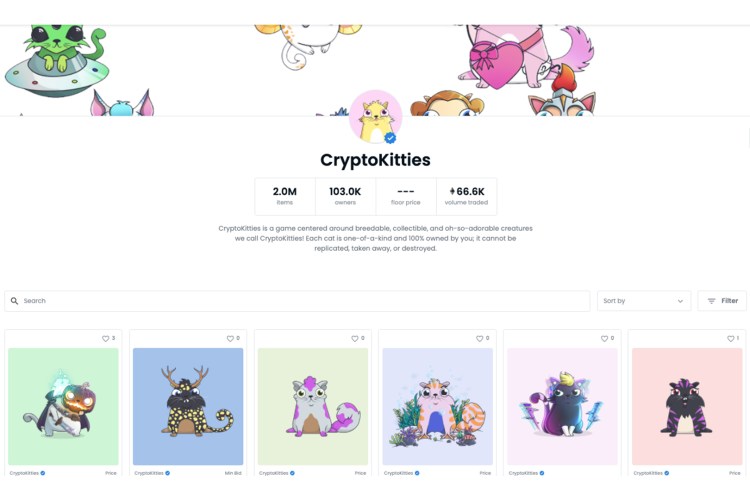 The first demo CryptoKittie was revealed in October 2017 and launched with the concept of breeding. Each cat has a different “cattribute” that can be passed down to its offspring.

CryptoKitties had some notable six-figure sales in 2017 and 2018 and was not as dormant as other projects on this list, as there were 3.2 million transactions on the smart contract in October of 2018. 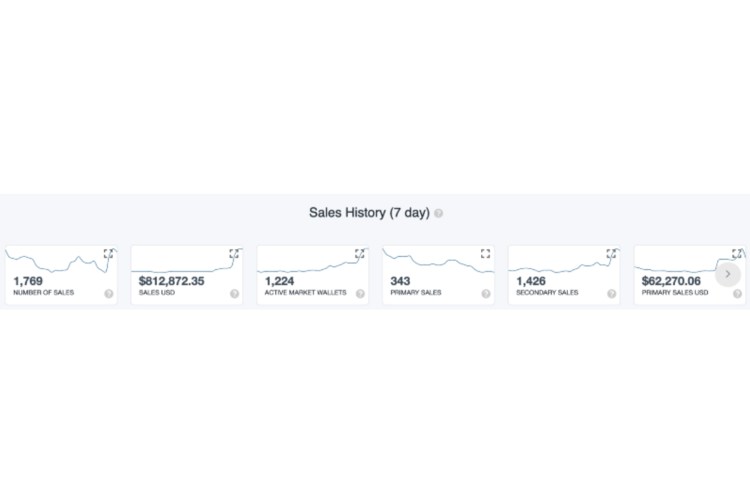 The NFT market is heating up, but practical optimism and not spending more than you can afford to lose are both good ideas.

3 out of the 4 top projects in terms of sales volume over the past 24 hours have gone to projects released in 2021 (some as recent as a few days ago).

It may be exciting to get into new project drops, but given that there are 2,996 active projects on OpenSea.io (and growing) with just over 57,000 active wallets (buyers and sellers), these projects are worth a second look as they hold some scarcity due to their history.