An Introduction to Parallel, the Burgeoning NFT TCG Built on Ethereum 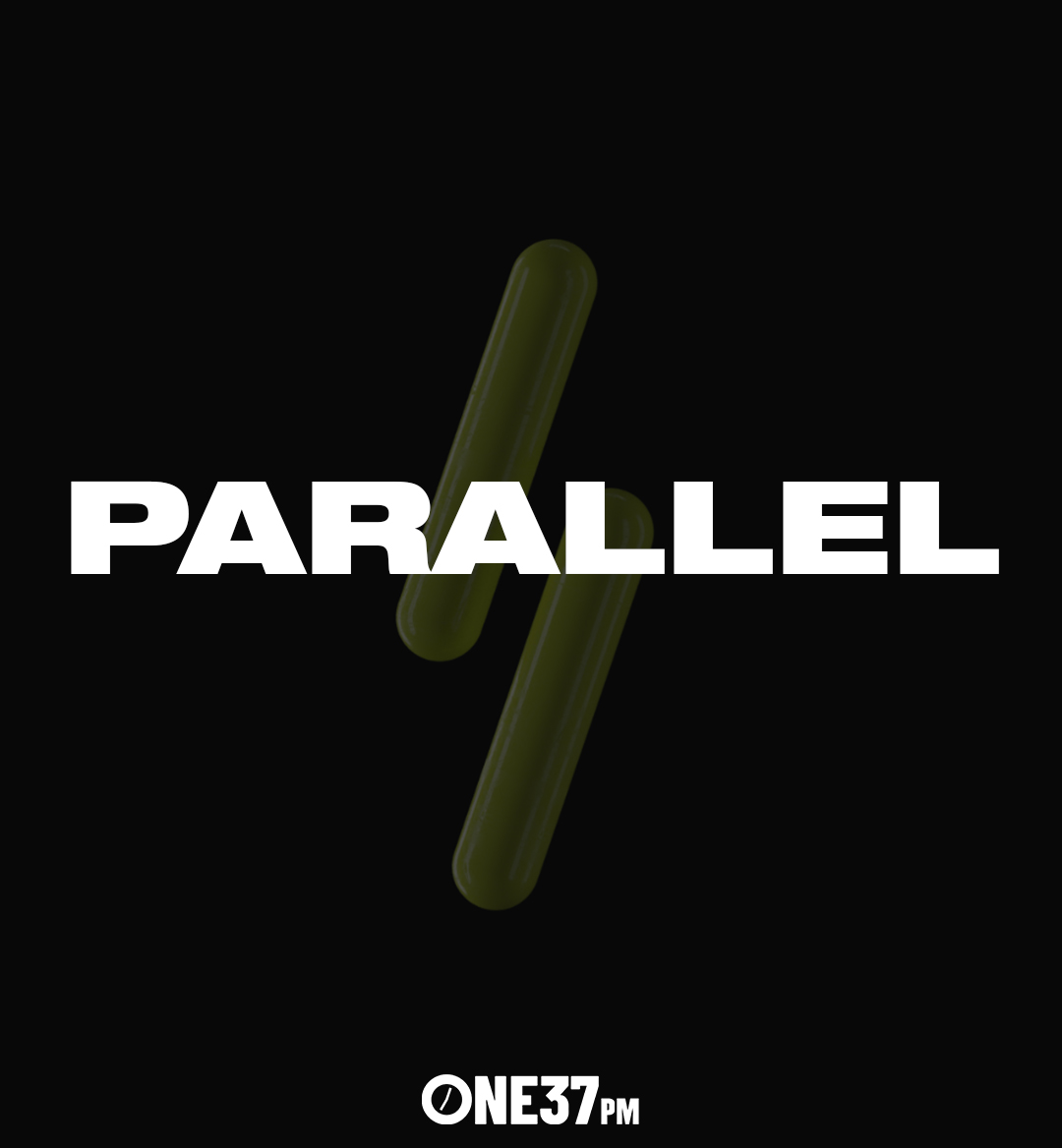 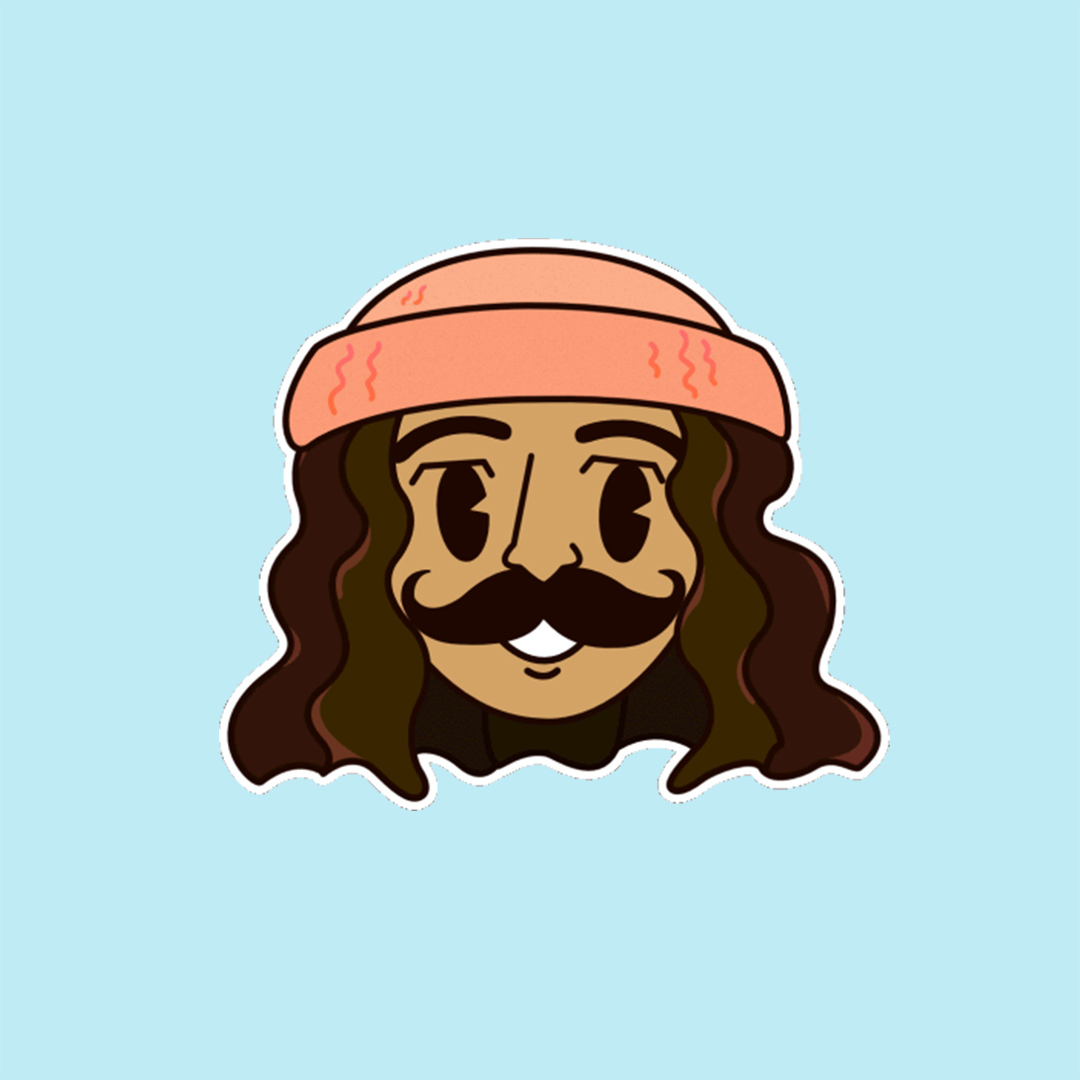 First and foremost, Parallel is a “trading card game” (TCG) in early development with some of the most top notch art and lore I have ever seen. They have taken the 11th spot on Opensea’s ranking of projects with the highest all time volume. NOW LET'S BEGIN.

It was Late February.

My brother @Goldy_TGG, a huge seeker of NFT alpha, told me about Parallel and to check out their first ever meeting on Clubhouse. There were rumors surfacing on the interwebs of a sci- fi trading card game that was bursting into the NFT space. I had to check this out for myself, so I borrowed an iPad and got in.

Two of the founders, Mr. Gone & Kalos, were hosting and I was listening. There were a total of 10 people in that clubhouse, but they treated all ten like family. The Parallel team answered questions, talked backstory and their plans for what's ahead. I raised my hand and asked: “So what is Parallel?”

They said “5 Parallels (aka former humans) evolved into something more... now they fight for 'The PRIMING' back on earth," adding: “We want to make a dynamic PlayToEarn TCG, and NFTs will allow us to do some cool things.”

I was all in from that point on.

On March 25th, their presale went live and 203 people got involved.

15 “total” cards from all the 5 Parallels (plus some art cards and collectible card backs).

I chose the best Parallel faction, aka the Marcolians—I'm biased af—(The Mars Militant Elite) and scooped up the 2 legendaries for .5 ETH a pop.

Which cards you ask?

These are worth a whopping 60 ETH sold together today. No one knew what this would do, but we saw the art and we read the lore. I can't speak for everyone, but I knew I landed on the modern day version of Magic the Gathering or Pokemon. I fucking knew it.

The Crumbs and the Prime Keys

After the Presale was over, they began leaking card art and ideas slowly on Twitter. This team is really good at gamifying the process. Parallel keeps things super close to the chest, so when I say this next thing, “take it sparingly.”

I recall seeing new Marcolians cards like Bannerman leak and just freaking out. Parallel truly knows how to reel you in. Just look at this ultrachad for crying out loud. Imagine facing this guy in battle. 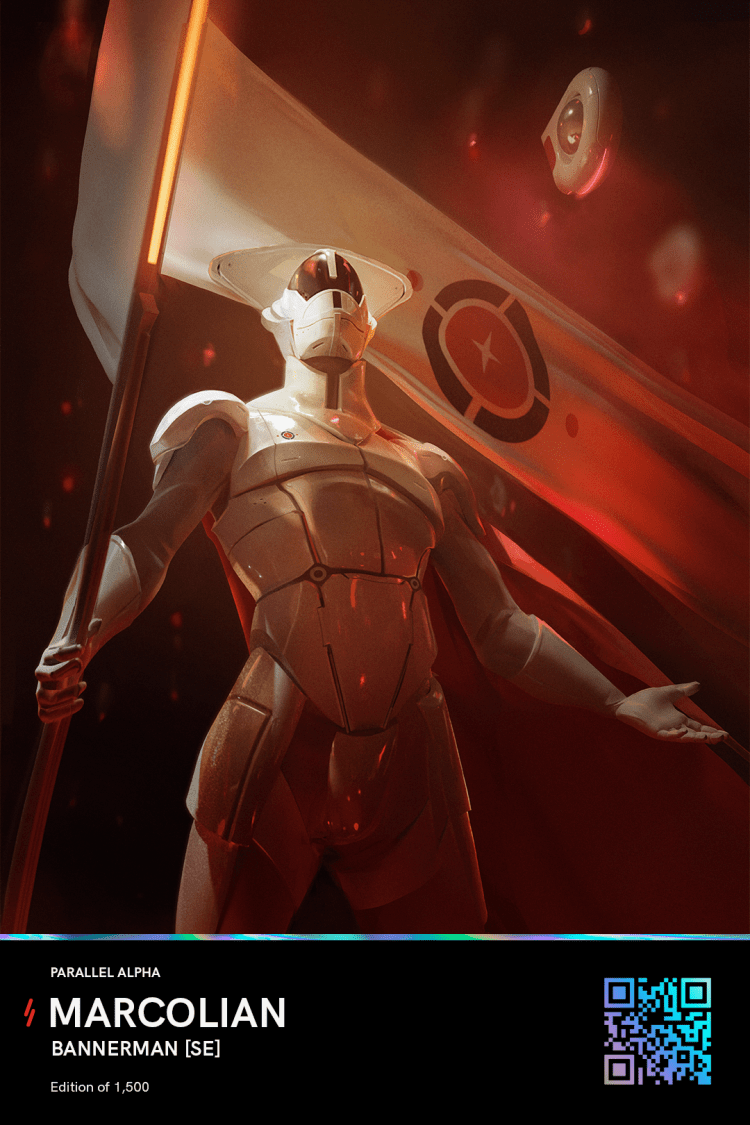 I had to get Parallel on my podcast. I reached out and they were more than receptive to the idea. This is one of the first documented pieces of video content from the team and it's special to me.

That was just beginning. One day, I woke up to see Prime keys in my wallet.

WTF is a Prime Key?  One of the most coveted assets in the galaxy of Parallel. They gave it to their early supporters of PS15.

There are 21 million Bitcoins.

There are 10k CryptoPunks.

$PRIME is the token of Parallel. Yeah, PlayToEarn is what Parallel is about.

As of now, I can speculate and say we will be doing a lot of PVE and PVP to earn fractions of this coveted galaxy currency. Not to mention potentially staking it and gaining voting power in the citadel.

The First Pack Drop and the Insane Growth Spurt

If you talk to anyone of those 203 Early Adopters, they will say this day was bound to come, but no one knew it would surface this fast.

The Packs ranged from .01 for Core, 0.1 for Enhanced and .2 for Premium. Each pack type had a different number of cards and different odds at pulling cards of various rarities.

The market began to scurry towards Parallel. The reserve system they used was fluid. Coming from the horror stories of bots, back door minters and gas wars that we’re used to, this was flawless. A reserve system computed on “first come first basis” in the most advanced way. They sold out instantly, and then it began.

A lot of stories have surfaced on twitter from those grateful that Parallel changed their lives. Literally, someone paid .01 ETH for a “Core Pack” and pulled a Catalyst Drive, which is a very rare asset currently worth 80 ETH and rising.

What I loved the most about this drop was that it didn't price out the little guy. It’s like they wanted the spark to ripple. The Growth Spurt began organically all over discord and social media.

Mr Gone (Lead Game Developer) said: “This a game by gamers for gamers.”

Am I too late? How should I start collecting?

What kind of crazy question is that, beloved?

Let me pass it to my brothers from Yunt Capital: MetaRegular and Berg. They are two of the mods in the Parallel discord.

They will give you some starting tips and tricks:

"Yunt Capital here. We can’t get enough of Parallel as you’ve probably seen on our twitter. We believe this TCG is not only the start of next-gen gaming with ownership, but the start of a sorely needed sci-fi IP that will span all sorts of mediums.

Onto the cards! We’ve seen countless questions on Discord and Twitter asking how to go about buying cards from this first pack drop. The first thing to understand is that there will be extended editions of these cards called CC (card continuum) that will be available for much cheaper, as well as starter packs for each Parallel. You do NOT have to spend thousands upon thousands to enter the game!

If you are a collector and/or you want to flex in-game like your boy YungContent (he might look cool, but that won’t prevent him and his bond from getting rolled by the Yunts), we would highly advise you to buy any legendary SEs that you see on the market place. The reasoning is that if you look at the total supply on each of these, they are extremely rare in the grand scheme of the game. There will be other editions for the same card like commons and uncommons, but legendaries will always have an extremely limited supply. A good tip when trying to buy these is to offer bids ~25% under the lowest list price—if you look at the Parallel activity in OpenSea, you will see that a lot of card sellers will eventually accept bids. Patience is a virtue here!

After you’ve secured some awesome legendaries, make sure you stay around as the next pack drop is scheduled to take place sometime in late October. We expect this drop to be 10 times as insane as the first one, so make sure you set those alarms and timers. Keep your eyes on the official Twitter as we get closer to that timeframe."

Til the Day We Prime

Well, what else can we say? We can say this for sure: Parallel is making fans feel like it's the 90s all over again. You see very few phenomena like Parallel, and the crazy thing is... it's just the beginning. There is a lot to unpack, but stay diligent, come through the discord and hear our beloved DIOR say #readtheFAQ IRL.

Parallel is showing the world how to develop from influence, instead of position. So many games have never involved the people who will eventually go on to play for hours every day. Parallel is walking with the people and—in doing so—creating what I believe is the model for future triple A studios that want into blockchain gaming.