Ubisoft and Aleph.im Join Forces for NFTs in AAA Games 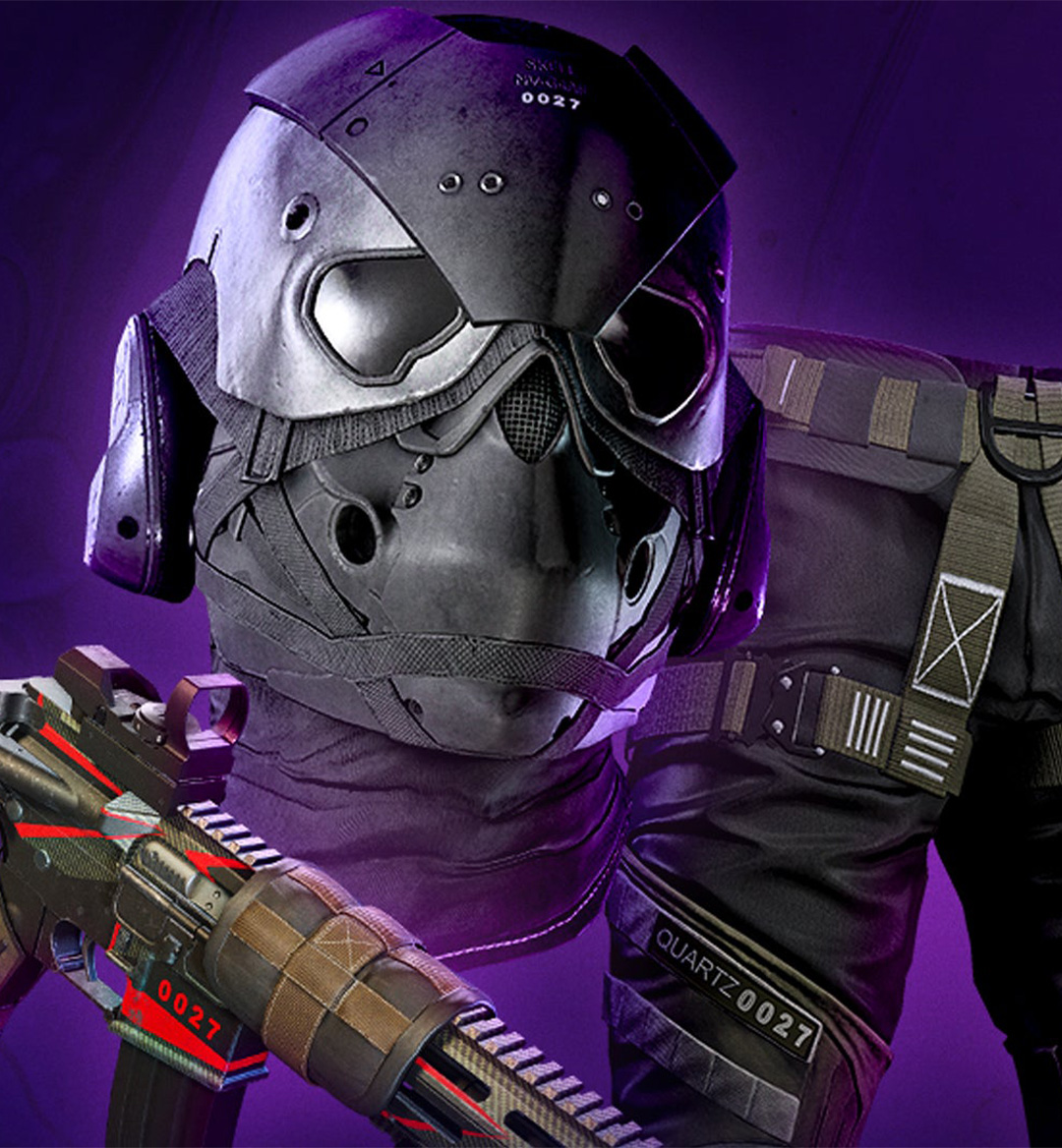 The biggest term that remained at the tip of everyone's tongues in 2021 was NFTs (Non-Fungible Tokens). Major entertainment entities, sports leagues, iconic food brands, etc. have stepped into the burgeoning Web 3.0 space to produce one-of-a-kind digital assets of their own. In the gaming space, AAA publishers/developers such as Square Enix, Sega, and Capcom have either taken their first steps into the world of NFTs or made it abundantly clear that they're researching ways towards doing so.

Ubisoft is another AAA gaming staple that has begun making some headway into the NFT medium. The French publisher/developer's biggest foray into NFTs to date is the recently announced Ubisoft Quartz enterprise. This brand new venture gives players the ability to get their hands on "Digits," which are described as "the first Ubisoft NFTs (non-fungible tokens), playable in an HD game and relying on an energy-efficient technology." And the first AAA game to utilize that new concept is Tom Clancy’s Ghost Recon Breakpoint, which incorporates NFTs in the form of three signature in-game items - the M4A1 Tactical | Wolves firearm, the Wolf Enhanced Helmet A, and the Wolf Enhanced Pants. With such a huge Web 3.0 endeavor underway, Ubisoft chose to partner up with a legitimate force within the space to see its vision through. 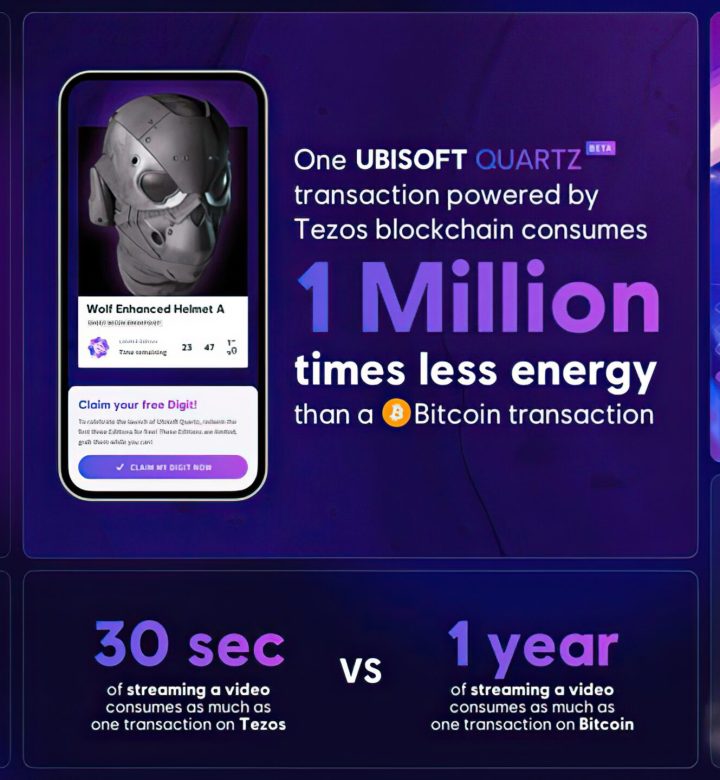 That decision has led to the Ubisoft Quartz initiative selecting its main technology partner in the form of Aleph.im, which is "a cross-blockchain decentralized storage and computing network." Through this partnership, Aleph.im will provide a decentralized storage system of over 70 nodes for Ubisoft Quartz's NFT metadata. The ownership of those digital assets will be tracked over the Tezos blockchain, while the ongoing history of those NFTs (i.e. previous players who have owned an NFT, player achievements, etc.) should certainly prove valuable for marketplaces such as Rarible and Objkt. This isn't the first time Ubisoft has linked up with Aleph.im - earlier in the year, Ubisoft ingrained a core channel on Aleph.im's decentralized computer network. Seeing as how Aleph.im is partnered with Ubisoft's Paris-based Entrepreneurs Lab program, this move makes perfect sense for both companies. 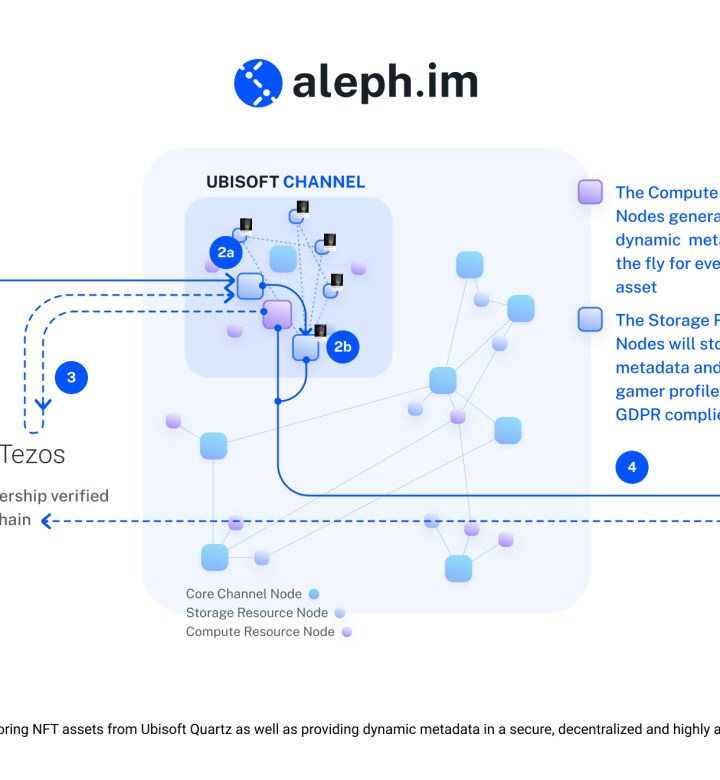 Judging by recent comments regarding both companies' newfound partnership, it's clear that Ubisoft and Aleph.im are excited about the possibilities that will arise from it. Didier Genevois, Blockchain Technical Director at Ubisoft, stated the following: "With Ubisoft Quartz, we're taking the first step to leverage blockchain’s decentralized approach to open new opportunities for our players by making them true stakeholders of our games. To fulfill the technology's promise, we needed players to actually own their Digit and be able to leave their mark in their favorite game. Aleph.im's role was key in building this experiment by allowing us to decentralize the storage of the Digits' video asset and metadata."

Jonathan Schemoul, Aleph.im Founder and CEO, also proclaimed his excitement regarding the burgeoning NFT movement: “The incorporation of NFTs into a mainstream game is a revolutionary moment for NFTs. Dynamic NFTs have never been done before and this marks the first time NFTs will evolve over time as various players use them in-game. Aleph.im is proud to be at the forefront of this new era where blockchain technology and decentralized solutions for NFTs play a pivotal role in traditional gaming."