Visa Enters the NFT Space with Purchase of CryptoPunk 7610 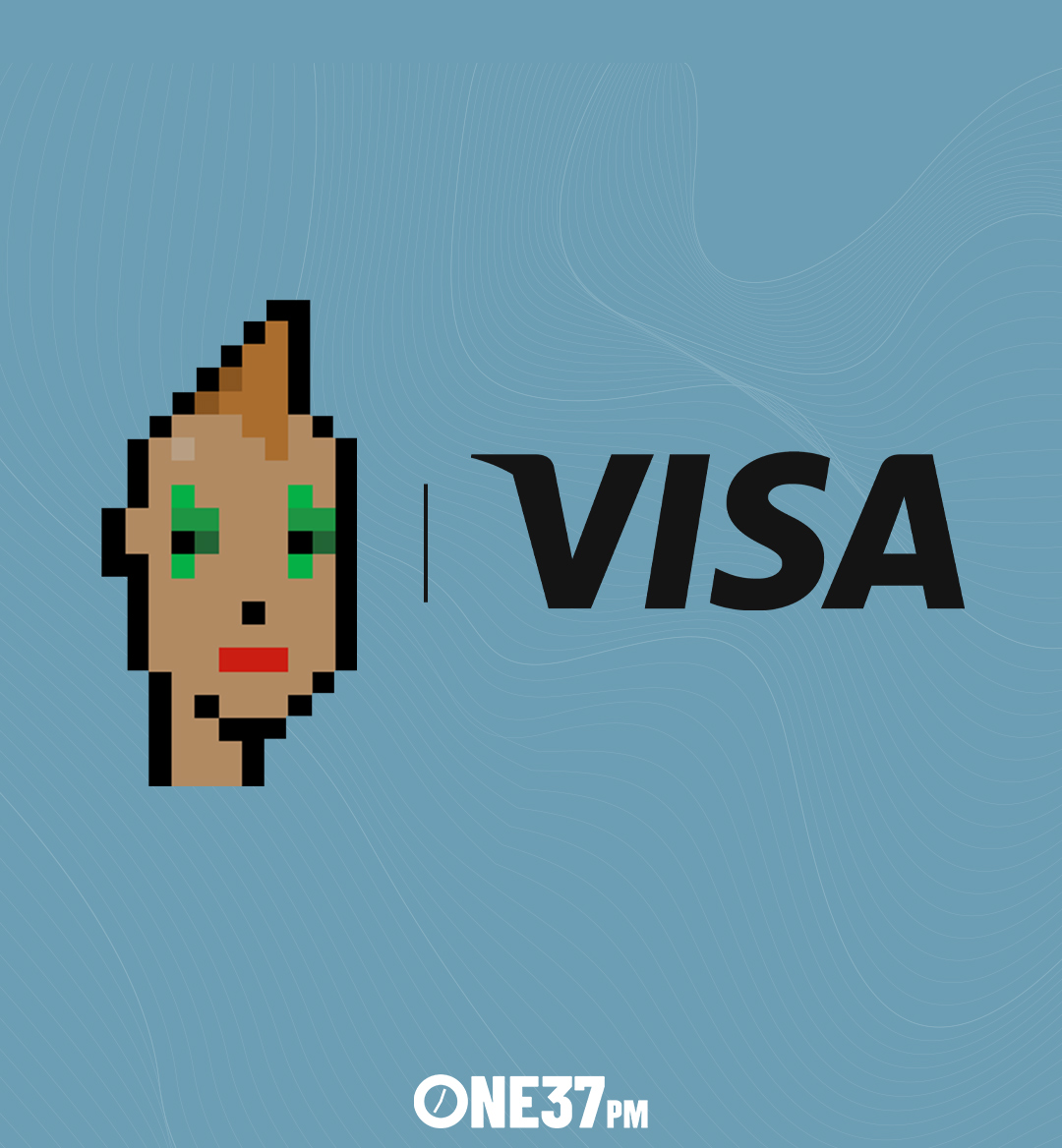 On the morning of August 23rd, Visa announced on Twitter that they are stepping into the world of NFTs by acquiring a CryptoPunk for 49.5 ETH ($149,939). Their purchase of CryptoPunk 7610 is one of 3840 female punks in a collection of 10,000 Cryptopunk avatars. Other celebrities recently joined the Cryptopunk community, including JayZ, OBJ, Logan Paul and FaZe Banks. In addition, major auction houses like Sotheby’s and Christie’s both sold CryptoPunks for record sales prices. The highest sale of a CryptoPunk to date is one of the 9 alien punks that sold for 4200 eth ($7,570,000).

In their Twitter announcement, Visa stated that they have built a collection of historic commerce artifacts and that this purchase signifies a new era of NFT-commerce.

Visa goes on further to elaborate on their strategy around NFTs in their white paper, “Commerce is evolving, and innovations such as crypto and NFTs are likely to shape sports, entertainment, and other communities going forward. NFTs represents a deeper and more innovative way for fans to engage and potential new revenue streams for organizations.”

This news comes in the midst of what the NFT community is calling “JPEG summer” (even though NFTs are largely PNGs). With generative artwork selling for over seven figures, and some of the oldest NFT projects on the Ethereum blockchain selling into the hands of crypto enthusiasts like Justin Sun, corporate eyes are turning to the emerging marketplace of NFTs.

Just spent half million dollars on a rock 😂 pic.twitter.com/4zDmDgzERz

Visa’s announcement is not the first of its kind by a large company. Epic Games announced their new $1 billion funding round to support the future growth and long-term vision of the metaverse in the spring. Mark Zuckerberg, the founder of Facebook, also recently announced his ambitions to create a metaverse.

Today we announced a new round of funding to support future growth and our long-term vision for the Metaverse. Thank you to all our investment partners who support this work. https://t.co/QI0yszg85T

Many brands are currently figuring out their strategy for entering into NFTs, while brands within the NFT community are quickly scaling to become giants of their own.