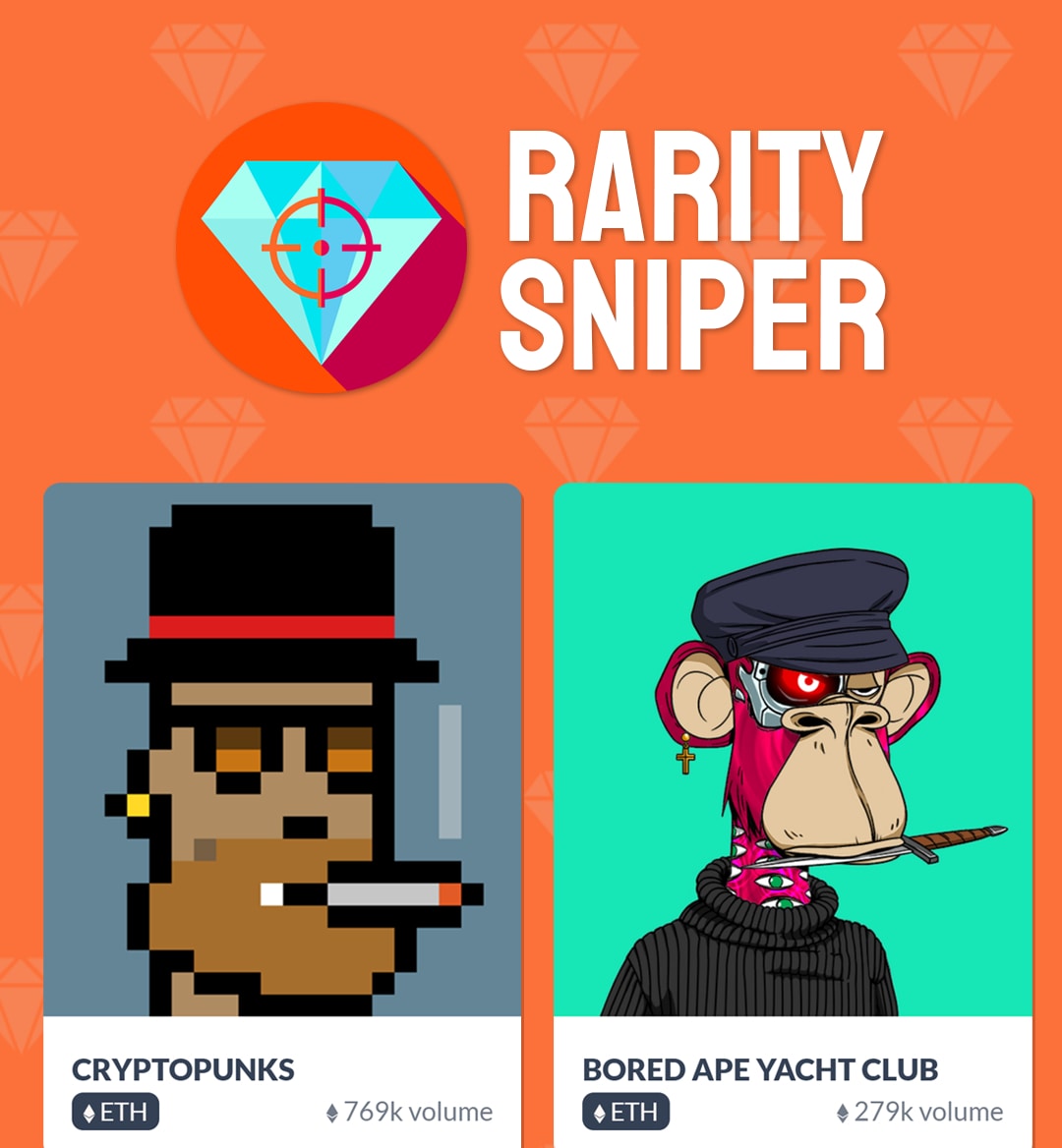 When it comes to NFT projects, rarity plays a huge role in determining the value of certain NFTs as well as the utility that may be offered through an NFT’s traits. That’s why the Rarity Sniper team decided to create their service, fittingly named Rarity Sniper.

What is Rarity Sniper?

Rarity Sniper is a platform used to help locate the rarest NFTs in a collection—and one of the biggest NFT communities on the planet. The service was launched 6 months ago and initially helped the founder find some extremely rare NFTs from Bored Ape Kennel Club, Cool Cats, and other drops.

Generally, after someone collects an NFT one of the most common questions asked is, “How rare is my NFT?” Eventually, the founder had the realization that many people collecting NFTs asked this very question and many had the same desire for a rarity checking tool.

After receiving an influx of Discord users messaging them to find out how rare their NFTs were, they decided to create their own Rarity Sniper Discord that allowed anyone to join and check their NFT’s rarity ranking.

At that point, the owner was simply taking screenshots of his personal rarity tool and sending the results to users who requested to know the rarity of their NFTs. It didn’t take long for him to see that manually delivering everyone’s rarity was a full-time job.

Realizing this, the team started to code the first Rarity Sniper bot. It took just 12 hours. They made it available to members of the Rarity Sniper Discord server. The server quickly gained popularity being as it was one of the only rarity checkers available to the public at that time.

Due to limitations on the number of people you can have in a single Discord channel, the Rarity Sniper team decided to create multiple channels to allow more people to check their NFTs’ rarities.

Rarity Sniper continued to grow, eventually hitting the 250k Discord members threshold which requires special authorization from Discord to unblock. This was troubling because everyone who wanted to check their rarity was being directed to the Rarity Sniper Discord.

This required the team to contact Discord in order to unlock the Rarity Sniper server. In the meantime, he noticed people were selling Rarity Sniper invites just so they could check their rarity in Discord.

Currently, the Rarity Sniper Discord has an outstanding 350k active users, with new users joining every day. Approximately one month ago they also launched the Rarity Sniper website, which saw nearly 1 million unique visitors in the first month!

When you visit the Rarity Sniper website, you have the ability to view all the listed collections, see upcoming drops, stats, and even list your own NFT project.

Now that you know about Rarity Sniper and the services they offer, you may be wondering what rarity actually means in terms of NFTs.

The Rarity Sniper team likes to think about NFT collections in terms of pillars. These pillars include art, rarity, utility, and community, and they are the fundamentals of any good NFT project. If a project doesn’t have a combination of these four pillars, it can really affect the overall success of an NFT project.

That’s why they believes that rarity is a crucial element not to be overlooked when trying to create a successful NFT collection. If a new project doesn't execute rarity properly, there might be minimal excitement when it launches.

Why is rarity so important?

Okay, so now you understand rarity. But why is rarity so important when it comes to NFT collections?

Rarity is important because it is directly tied to the excitement and the price of an NFT. Rarity also helps drive demand in an NFT project and diversifies a project by offering different levels of traits and utility.

Since NFTs gained popularity in early 2021, rarity has always played a role in determining the price of an NFT, and how much excitement is created when minting a new NFT for both collectors and creators.

Now with a tool like Rarity Sniper, collectors have the ability to track these rarities to ensure they are finding the best NFT for their goals and their budget. Furthermore, creators now have the option to publicly share their NFT’s rarity with collectors. It’s truly a win-win.

The next time you’re thinking about collecting an NFT, make sure to check its rarity using Rarity Sniper.