What Is Solana (SOL) And How Does it Work? What you Need to Know About Ethereum's Leading Rival 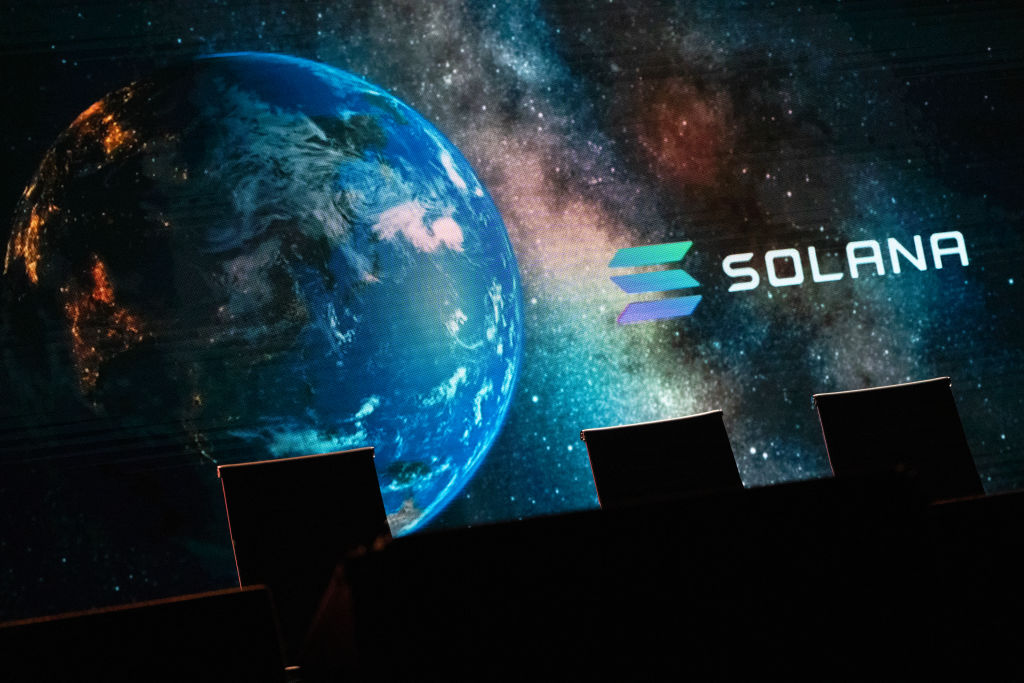 Solana is one of the most popular blockchain networks amongst NFT and crypto enthusiasts alike. But what is Solana and how does it work?

What Is Solana (SOL)?

Solana is an open-source blockchain created specifically for mainstream adoption by being energy efficient, immensely fast, and extremely inexpensive. The network also utilizes its own cryptocurrency, SOL, which is used for staking and to pay transaction fees.

Wait, what does open-source mean? Open source is just a technical term used to express that a network is completely transparent. In other words, anyone can look through the public records of the network and even review the code.

Anything that’s blockchain-related is generally thought to be better off if it’s open source, as it facilitates security and transparency among all the users.

The Solana blockchain can be used for a number of things including:

How Long Has Solana Been Around?

Solana was initially proposed via a white paper published by the company’s co-creator, Anatoly Yakovenko, in November 2017. However, it wasn’t until March 2020 that the first block was created on the Solana blockchain.

Even though Solana is fairly new in comparison to other OG blockchain networks like Bitcoin (created January 2009) and Ethereum (created July 2015), its creators have a history of building other types of networks.

Yakovenko specifically, has a background in building cell phone networks. So, he understands better than most the need for a scalable and easy-to-use network if it’s ever going to see mainstream adoption.

In February 2018, Anatoly’s former colleague, Greg Fitzgerald, begin prototyping the first implementation of the white paper. This resulted in the first unofficial release of the project, proving that 10,000 signed transactions could be verified and processed in nearly half a second.

Shortly after, another one of his colleagues, Stephen Akridge, discovered that the number of transactions per second (TPS) could be greatly improved by moving signature verification to graphic processors.

From there, the three of them teamed up to co-found a company called Loom. However, around that same time an Ethereum-based project called “Loom Network” also popped up.

To avoid any confusion, the team decided to rebrand to Solana, which is actually a tribute to a small beach town North of San Diego called Solana Beach where Anatoly, Greg, and Stephen lived when they worked together previously.

Come July 2018, Solana used cloud-based networks to publish a 50-node, permissioned, public testnet capable of supporting bursts of 250,000 TPS. Thereafter, the team published another testnet running 150 nodes on a gigabit network and succeeded in processing an average of 200,000 TPS, with bursts of over 500,000.

In June 2021 just a year after going live, Solana managed to raise $314 million through a funding round led by Andreessen Horowitz (a16z).
So far, Solana has made 17 of its own investments as well, including a $100 million investment and grant fund aimed at South Korean Web3 startups. The fund focuses mainly on gaming studios, GameFi, NFTs, and DeFi in South Korea, according to TechCrunch.

How Does Solana Work?

To achieve its insane level of speed and scalability Solana utilizes a combination of proof of stake (PoS) to validate info, with an added mechanism called proof of history (PoH) for speed. PoH time stamps each block as it is created, thus increasing the efficiency of the block by allowing it to verify transactions faster.

One problem experienced on other blockchain networks, such as Bitcoin, is agreeing on an exact time a block was created, thus causing inefficiencies in how the transactions are processed due to the temporary disagreement of the order transactions being submitted.

Solana uses something called a verifiable delay function (VDF), which adds an input to each secure hashing algorithm 256 (SHA256) record. In simple terms, SHA256 is a standard used by most blockchain networks to keep data secured and encrypted.

So, what PoH does is adds an input (the timestamp) into this SHA256 record which is recognized by everyone who uses the Solana network. The result is a network where everyone is entirely in sync with each other.

According to Solana, the timestamp allows nodes to create the next block without having to coordinate with the entire network first since they can trust the blocks and the order in which they were received. This leads to an overall quicker network.

Currently, Solana can handle up to 50,000 TPS, with the potential to process 700,000 TPS in the future. That said, Solana only creates a new block approximately every 400 milliseconds or 2.5 blocks per second on average.

Hence, the demand to increase its throughput is just not there.
For comparison, Bitcoin can only handle about 4.5 TPS and Ethereum is only capable of about 11 TPS, even after the merge.

Solana is cheaper than most blockchains

Compared to other popular networks like Bitcoin and Ethereum, Solana is significantly cheaper with an average transaction fee of only $0.0025 per transaction. When it comes to blockchain transaction fees, the fee is determined by how many transactions can occur per second. So, it only makes sense that Solana’s fees remain much lower than the other less scaleable networks.

There is no doubt that Solana remains one of the quickest and most scalable blockchain networks in the industry. Not only can the current network handle upwards of 50,000 TPS, but it’s capable of handling much more if needed. As such, it’s one of the most efficient blockchains you can use today.

Solana supports code that enables the network to run decentralized apps (Dapps), such as NFT marketplaces, and interact with some of the best Solana wallets. This fulfills the evergrowing desire for NFTs and allows users to create and trade digital collectibles efficiently and for a lower price than competitor blockchains like Ethereum.

Due to its efficiency, Solana is one of the most environmentally friendly blockchain networks, with one transaction using slightly more energy than a single Google search uses. This makes it a good option for people and businesses that want to leverage the technology without sacrificing our planet.

One issue with Solana is that the network often experiences outages. These outages range from complete disruptions of the network leaving it inoperable at times to numerous updates required by network validators which I’m sure can get annoying.

There is less innovation on the network

Although Solana is the second most popular blockchain network for NFT transactions, the amount of innovation happening on the network is limited—at least when compared to Ethereum—which has seen nearly 15 times the sales volume of Solana.

The Future of Solana as We Know It

Despite Solana’s many ups and downs, the network continues to push forward. In November 2020, SOL reached its all-time high of $258 per coin, before plummeting back down to just over its initial value at $14 per SOL.

To be fair, this seems to be a common trend in the bear market, especially since FTX's crash and burn. However, even other networks like Ethereum and Bitcoin, which have seen a sharp decline, haven’t quite fallen as hard as Solana.

Nonetheless, companies like Simmple Labs are continuing to build amidst the bear market, as I assume several others are doing too, and we might not even know about it yet.

It is time to further unite the ecosystem to build a complete professional platform to manage your web3 business.

Releasing now our Litepaper on how we can achieve this:
[e-1f449] https://t.co/ojssDIuF8i#Keepitsimmple

Moreover, Solana-based NFT marketplaces like Magic Eden continue to thrive with more than $76 million in trading volume still occurring over a 30-day period.

So much for NFTs being dead.

Ultimately, it’s impossible to say what the future of Solana holds, or any blockchain for that matter, but as of today, Solana still continues to live on.