The Merge is scheduled to go live on Ethereum’s Ropsten Testnet on June 8. 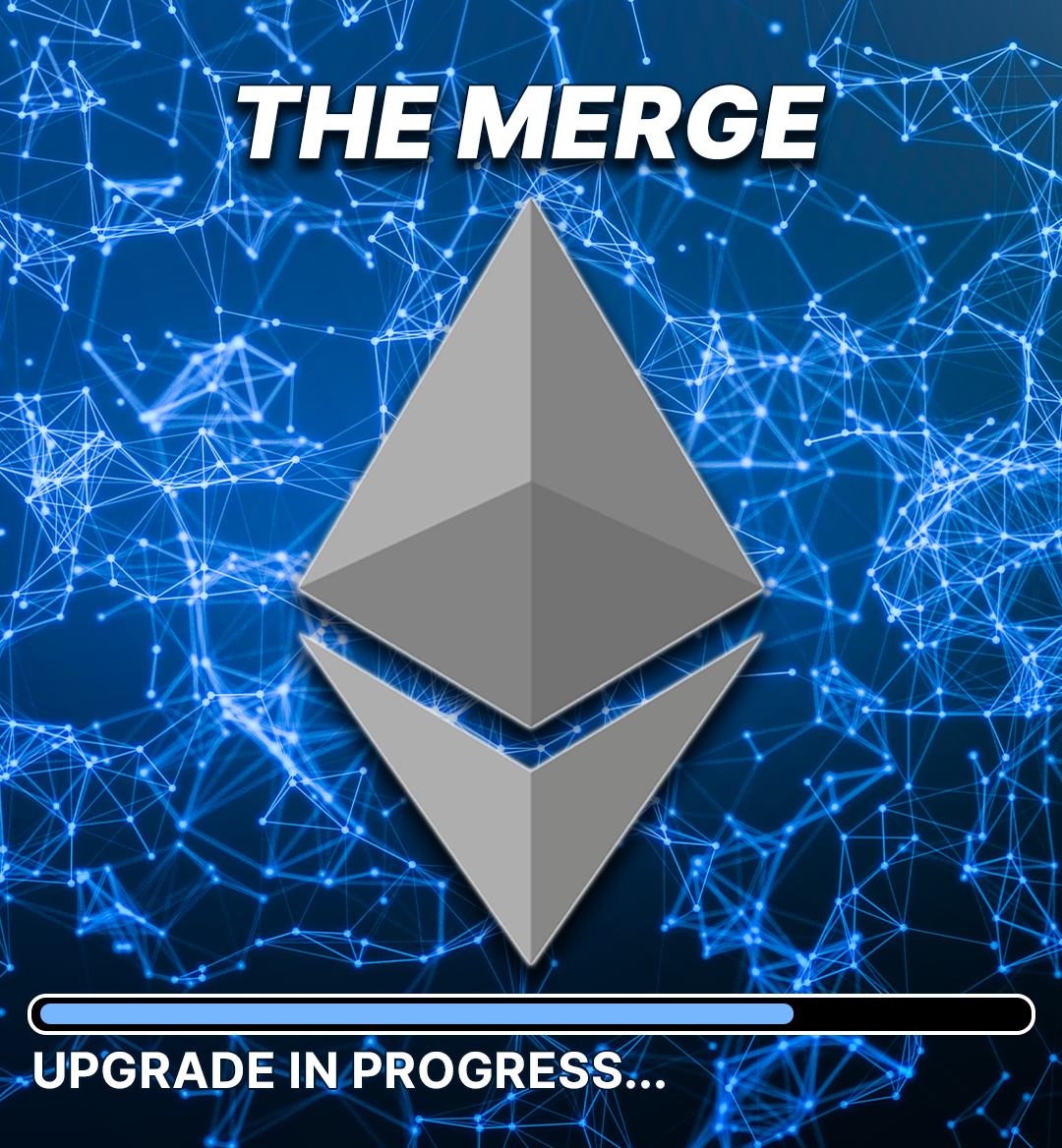 Ethereum is the second most valuable blockchain following Bitcoin, and is number one in NFT transaction volume. However, that doesn't mean it is fully optimized. In fact, the Ethereum Merge aims to make the network even better.

The Ethereum Merge will move the blockchain from a proof-of-work consensus mechanism to proof-of-stake. This merge means that ETH holders will operate as validators opposed to energy-intensive computers doing the work, hence creating a more efficient blockchain and reducing its carbon footprint.

The Merge is just one part of the overall upgrade. Below, we will discuss what The Merge is and what it means for users of the Ethereum blockchain.

Ethereum Merge: What is it?

Currently, Ethereum operates on a proof-of-work (PoW) consensus mechanism. This mechanism requires special computers to solve arbitrary mathematical problems to prevent anybody from compromising the network. Although PoW is very effective, it is also extremely energy-intensive.

Even though Ethereum still utilizes proof-of-work, its new mechanism proof-of-stake (PoS) is currently operating parallel to it on the Beacon Chain. This chain is responsible for creating new blocks, validating them, and rewarding validators with ETH for keeping the network secure, without the use of smart contract functionality.

Mainnet will enable the new network to run smart contracts into the proof-of-stake system, and includes the full history and current state of Ethereum. This is to ensure that the transition is smooth for all ETH holders and users.

The Merge is when these two chains will finally come together. Upon completion, The Merge will successfully end the proof-of-work mechanism and initiate the new proof-of-stake mechanism. 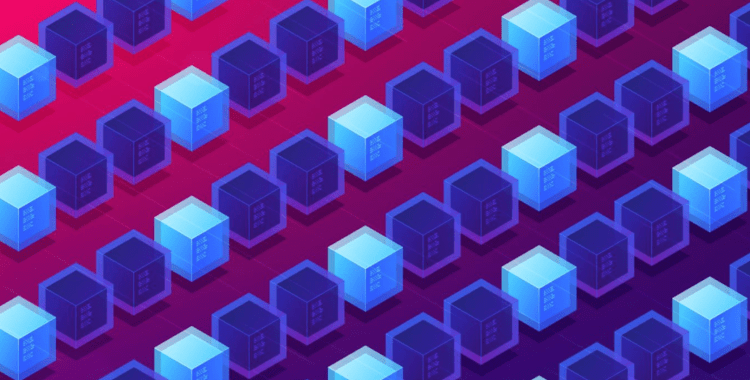 Why Does Ethereum Need an Upgrade?

There's no doubt that the current Ethereum network, the leading NFT blockchain with over $27 billion in all-time transaction volume, gets the job done in a secure manner. Still, there are many improvements that could make it better.

If you have used Ethereum to buy, sell, or create NFTs, then you understand how pricey each transaction can be. Gas fees can range anywhere from five dollars to hundreds of dollars for a single transaction.

That’s because Ethereum can only complete 13 to 15 transactions per second (TPS). And when you’ve got thousands of people trying to push through a transaction at the same time, the cost to transact increases significantly.

Moreover, from mint to sale, a single NFT on Ethereum uses approximately 340-kilowatts of energy per hour. This equates to more than one-third of the energy a typical home in the U.S. consumes in one month. Yikes.

Ethereum currently not cost effective or environmentally friendly. This is likely part of the reason it has not seen mainstream adoption quite yet. That’s exactly what The Merge Upgrade aims to change. 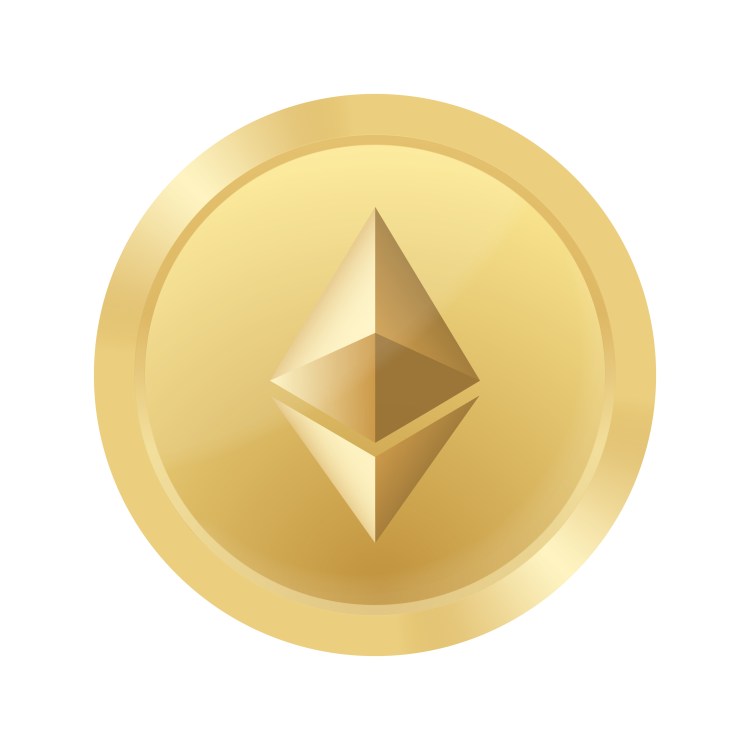 What Does Ethereum Merge Mean For Users?

The Merge of the main chain with the Beacon Chain aims to solve a lot of problems.

The ultimate goal of the upgrade is to make Ethereum more scalable. That means the network needs to be capable of handling thousands of transactions per second to make transactions faster and more cost effective to use.

In comparison, Visa claims to have the ability to handle 24,000 TPS. However, they average around 1,700 TPS with an estimated 150 million transactions per day. So, if Ethereum can successfully scale to be able to handle thousands of transactions per second, mainstream adoption becomes much more of a reality. The Merge is a big step in the right direction to increasing scalability of the network.

The more blocks that are verified on Ethereum, the more secure the network becomes. As the adoption of Ethereum continues to grow, the protocol becomes more secure against all forms of attack. Even though proof-of-stake is secure, it's a more complicated system. But, if executed properly, the result will be an even more secure network.

Today’s Ethereum network is not environmentally friendly. The amount of energy consumed by the special computers designed to solve equations is outrageous—not to mention expensive for those who set them up. Since proof-of-stake removes high-power computing from the consensus algorithm, it’s claimed that the network will become 99.95% more efficient than it is today.

All that being said, there is a common misconception that The Merge will reduce the current gas fees. It won’t. Gas fees will remain the same. But, there’s still hope. The Merge is just part of the macro upgrade that is taking place on Ethereum. Of course, the end goal is to reduce gas fees, we’re just not quite there yet.

What About Triple Halving?

On August 5, 2021 Ethereum executed an upgrade known as the London hard fork. This fork brought on a major change in the form of EIP-1559—a code that began to remove ETH from circulation and changed how transaction fees on Etherum work.

Currently, anyone who makes a transaction on the blockchain pays a base fee that is burned (rather than going to miners). Burning is the process of sending something to an inaccessible address. ETH is sent to a burn address that takes it out of circulation.

Although new ETH is created every time a block is added to the chain, a small amount of ETH is also disappearing, causing a deflationary pressure on the network.

A similar scenario has already been experienced on the Bitcoin blockchain. Bitcoin’s most recent halving occurred on May 11, 2020, when BTC rewards were reduced from 12.5 BTC to 6.25 BTC. At that time, Bitcoin was $8,800.

Then, as many of us know, it nearly doubled in price over the next six months, and today 1 BTC costs about $31,000.

Now Ethereum is about to experience what’s referred to as “Triple Halving”.

In theory, the combination of EIP-1559 and The Merge into a proof-of-stake mechanism, would represent a “triple halving,” as they would reduce sell pressure by an estimated 90%.

The Merge will cut rewards for new blocks drastically from 12,800 ETH to 1,280 ETH per day (about 90% according to Blockchain analytics firm IntotheBlock), creating a system where more ETH is burned via gas fees than is created daily. As a result, ETH will become a deflationary asset, where before, it was an inflationary one.

Because the amount of ETH issued post-merge is expected to drop by 90%, many are speculating that the price of ETH could skyrocket. But, no one knows if that will happen for sure. 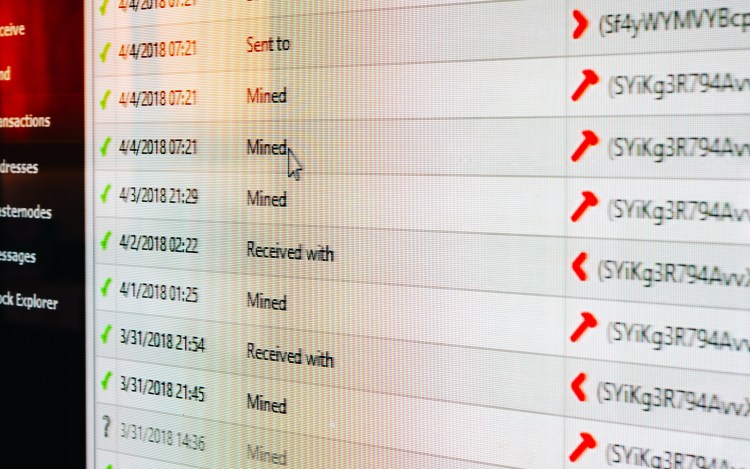 When Will The Ethereum Merge Occur?

The Merge is scheduled to go live on Ethereum’s Ropsten testnet on June 8, 2022. This test network allows for blockchain development testing before deployment onto the Mainnet.

On May 19, 2022, Ethereum co-founder, Vitalik Buterin, addressed The Merge at the ETH Shanghai Web 3.0 Development Summit, saying this will be a major challenge.

This will be a major test, larger than any of the tests that we have done before. Taking a large existing test network with many applications with proof-of-work, moving into proof-of-stake.

What Happens After The Ethereum Merge?

Ultimately, The Merge gets us one step closer to achieving the full scale as outlined in the Ethereum vision. The main goal of The Merge is to expedite the transition from proof-of-work to proof-of-stake.

According to Ethereum, a post-merge cleanup upgrade will take place after The Merge.

To ensure a successful merge, developers are minimizing additional features that could delay The Merge. This means that those of you waiting to withdraw staked ETH will have to wait a while longer after The Merge is complete.

Also, let's not forget about the Shard chain portion of the upgrade. Originally, Ethereum developers planned to work on the Shard chain before The Merge to address the current scalability issue. However, with layer 2 scaling solutions in high-demand, the priority has shifted to swapping proof-of-work for proof-of-stake.

What Are Shard Chains and How Will They Affect Ethereum?

The Shard chains aim to expand Ethereum’s capacity to process transactions and store data, but are not used for executing code. These shards will be rolled out in numerous phases and will gain more features over time.

Sharding is often used in computer science to split databases horizontally to spread the load.

The Shard portion of the upgrade will likely occur some time in 2023. 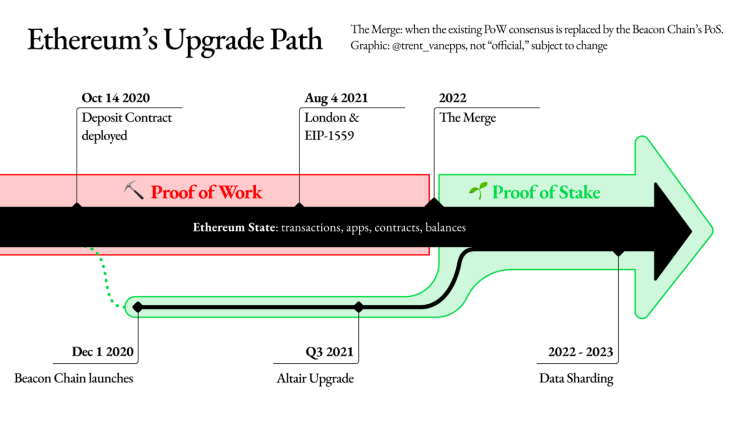 In reality, The Merge is the next sensible step in the Ethereum upgrade process. The ultimate goal is to make Ethereum more scalable, secure, and sustainable. Although The Merge won’t complete the upgrade entirely, it gets us closer to completion and to mainstream adoption.