Why You Need to Know About the Bacon Protocol

Mortgaging properties as NFTs since 2021 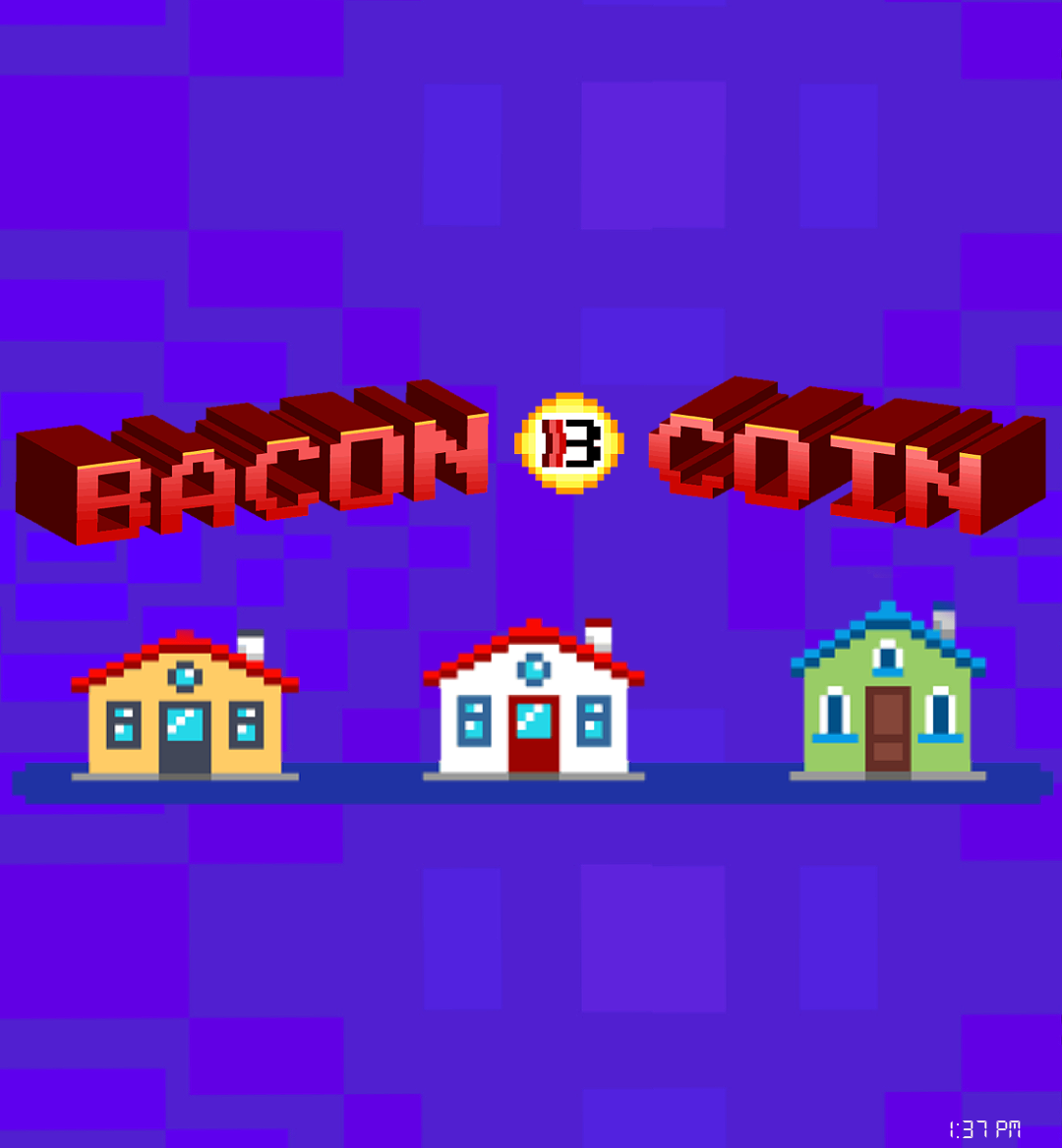 For decades, mortgages have been a key part of our financial systems. Banks and insurance companies buy trillions of dollars worth of mortgages every year to earn huge profits, with minimum risk on their end. Wells Fargo currently owns $125 billion worth of mortgages and generates roughly $3.75 billion a year from interest rates alone.

That’s where blockchain technology saves the day. By cutting out the middleman (the banks), and allowing anyone to lend money and earn interest on home loans, the Bacon Protocol strives to give the power back to the people allowing them to bring home the bacon.

What is the Bacon Protocol?

Meaning anyone with a Web3 wallet can lend money and earn interest, all while seeing exactly which homes they’re lending against. Moreover, anyone with a home that meets the protocol’s criteria can create an NFT and use it as collateral to borrow money.

The Bacon Protocol is made up of several important pieces:

Pans are smart contracts that pool funds, mint the bHome coin, and fund loans that match the necessary criteria. Initially, there is only one Pan. This pan mints the bHome coin and will accept any Eggs that meet the Fannie Mae and Freddie Mac loan guidelines.

These guidelines include requirements about the loan amount, value of the home, borrower credit and income, as well as all state and federal regulations. Eventually, the protocol may add new Pans that target certain types of homes.

Eventually, the Bacon Protocol Governance will vote on whether to create new Pans and which Pans will be accepted in the protocol.

The Pan also serves as a lender to Egg-holding borrowers. A borrower with an Egg can stake their Egg in a Pan in exchange for a USDC loan. The borrower then repays the loan's interest and principle over time by paying USDC to the Pan.

When there is no remaining principle on the loan, the borrower can unstake the Egg. They may also leave it in the Pan and withdraw and refund USDC as much as they want for as long as they want. The borrower is not permitted to take any activity that might cause their loan or Egg to deviate from the boundaries specified by the Pan.

BHome is the first of many expected Bacon-based stable coins. A stable coin is a cryptocurrency that tends to hold its market value to an external asset of some sort and can grow in value over time.

The reason that the bHome coin is stable is because it’s backed by real homes in the US. Furthermore, it can grow in value as loans are repaid and the interest is paid into the bHome contract.

Eggs are ERC-721 NFTs that hold information about the home and represent the real value of the home, more simply known as the lien.

When a homeowner chooses to have the lien removed from their property, they just return a free and clear Egg to the Originator. This is accomplished by repaying the entire amount borrowed. The issuing contract instructs the Originator to remove the lien from the public record.

To increase trust, Oracles will be put in place to monitor county lien records and submit them to the blockchain. The essential information regarding the lien and the home is included in the Egg token.

To balance the Egg owner's privacy with the stability that the data offers, Bacon Protocol only provides data that is already on the public record. It should be noted that the Egg does not include the owner's name, credit, or other financial information.

The data that’s represented in the Eggs allows the protocols to determine the value of the Egg and nothing more. Here’s the data that’s included in Eggs:

Before minting an Egg, an Originator must verify several things:

Once the lien has been recorded, the Originator gives the Egg NFT to the owner, who is then free to use the Egg in any protocol that accepts Eggs.

Most borrowers will utilize the Egg to borrow USDC from a Pan right away. However, the cool thing is that Eggs will not only be used in the Bacon Protocol; other protocols may be interested in taking Eggs as collateral as well.

The Originator is also responsible for ensuring that the home is kept in good condition during the life of the Egg. The Deed of Trust requires the owner to keep the house in such a condition that if it were to be sold to pay off the debt, it would be worth enough to do so.

Furthermore, the owner pledges to keep the house in good shape, to properly insure it, and to pay all taxes. The only connection to the real world is the trust that the protocol places in the Originator to create, maintain, and, if necessary, enforce the lien.

The goal of the Bacon Protocol is to keep real-world integration to a minimum and limited to the Eggs NFT.

Governance via BACON may have authority over certain components of the protocol, as well as other rights and obligations determined by the developers and community such as:

Moreover, other utility functions are being considered for BACON. These include access to broader data for large holders and the ability to propose the creation of new Pans.

The Bacon Protocol allows a homeowner to trade a lien on their property for an NFT signifying a portion of the home's value, which they may use as collateral throughout the DeFi space. Most of the time though, the NFT will be used as collateral in a Bacon Protocol loan after it's minted.

So how does the smart loan work for someone who’s interested in signing up? Let’s break it down.

Your home is then added to the list of homes that support bHOME, and money is sent to your account. In future versions, you will receive bHOME coins or cash, but for now, you will receive cash that you may spend on whatever you want, similar to a bank mortgage.

The main difference is that you get to select how quickly you pay back the money as opposed to traditional loans that have a set period to pay back your loan.

So, how are interest rates determined when using the Bacon Protocol? It's simple, they utilize what's known as an automated market maker (AMM).

The Bacon Protocol uses an Automated Market Maker (AMM) to determine the interest rates that borrowers and bHOME holders will pay. This is comparable to the AMM method that is currently employed in many decentralized exchanges.

This AMM generates a basic supply-demand curve to encourage borrowers and liquidity providers to engage in the system when it’s needed.

The amount of currency waiting in the Pan to be loaned out is the driver of the interest rates that the AMM provides to borrowers. The amount of the loan is also considered, meaning that larger loans need more cash, so naturally, they have higher interest rates.

When there's a lot of surplus liquidity, the AMM lowers rates down the curve to induce borrowers to participate in the protocol.

Those borrowers will put their money on the line and borrow USDC, reducing liquidity. When there is limited liquidity in the contract, the AMM raises rates higher up the curve and makes loans to borrowers at higher interest rates. As interest rates on new loans rise, so does the average rate on Pan loans.

Ultimately, the aim of the Bacon Protocol is to allow Web3 wallet users to hold a coin that’s backed by the same kind of mortgages that the banks use.

Considering the efficiency of the blockchain and the lack of need for intermediaries, users of the Bacon Protocol get to earn that money instead, which is roughly 2 to 3 percent, compared to a measly 0.1 percent return if you keep your money in a savings account.

At the very least, the Bacon Protocol is utilizing blockchain technology the way that it was designed to be used; to give the power and the money back to the people, allowing everyone to bring home the bacon.

The information in this article was all gathered from the Bacon Protocol’s whitepaper. If you would like to learn more, please check it out. As well, you can follow the Bacon Protocol for more updates on their Twitter.