What is the TreasureDAO and Why is $MAGIC so Important? 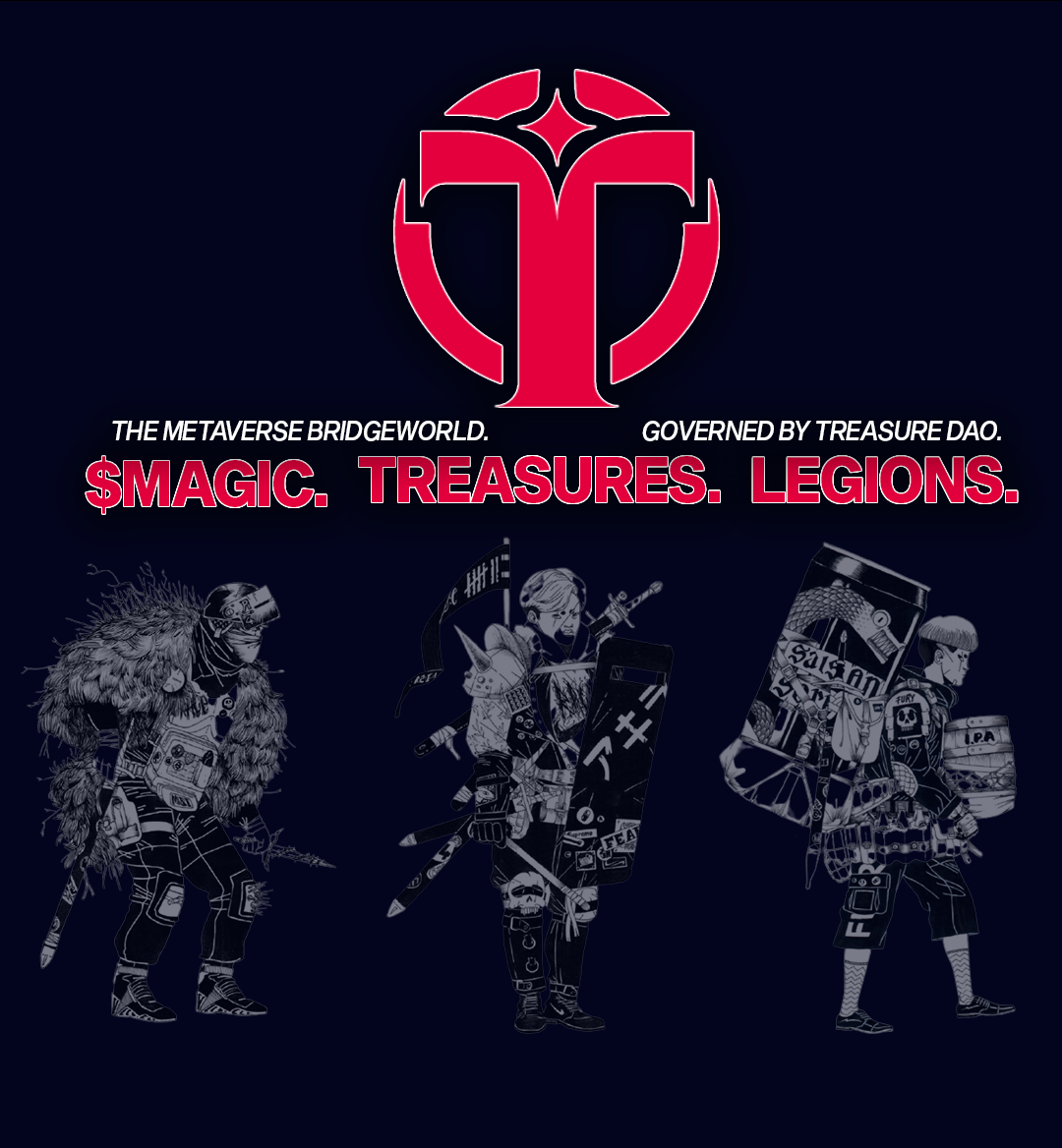 If you have been on NFT Twitter within the past couple of months, then you have likely heard mention of Treasure. Treasure is a fairly new ecosystem but looks very promising.

Let's take a look at what exactly Treasure is, and how $MAGIC plays such an important role in the ecosystem.

According to their website, Treasure connects the expanding network of metaverses by taking an open and modular approach to the integration of NFTs, DeFi, and Gaming.

Treasure is described as a decentralized NFT ecosystem on Arbitrum (one of Ethereum’s layer 2 networks) that is built specifically for metaverse projects. Each project that is listed on the Treasure marketplace uses $MAGIC in their metaverse.

1/ To prepare for the launch of our native marketplace, we wanted to recap the project for new users.

Treasure began with a simple idea: what if we built a metaverse around fictional resources instead of characters?

From there, the Treasure metaverse was born. pic.twitter.com/4RB3W4P6B8

Each community creates its own story for the Treasure marketplace and all treasure projects are linked through $MAGIC.

The foundational metaverse within the Treasure ecosystem is called Bridgeworld, and this is where the primary game of Treasure is played. This is also where $MAGIC is produced and gathered. Bridgeworld has a three-tiered resource economy:

$MAGIC is the native token for the Treasure ecosystem which “powers on the NFTS” and is the main currency used for marketplace transactions. Essentially, $MAGIC acts as the reserve currency for all the metaverses forming under the entire Treasure umbrella.

All Treasure projects are linked through $MAGIC. The DAO utilizes $MAGIC emissions to build new projects while continuing support for more mature ones. The reason $MAGIC is so important is that it is the fuel for the entire Treasure economy. Without $MAGIC, there would be no way to build Treasure or any other associated projects.

Ultimately, Treasure believes that $MAGIC can become the "ETH" of the metaverse.

Treasures (NFTs) are a type of economic resource that may be found across the metaverse. As a result, each Treasure has its own tale that connects many realms. They are the lore of other worlds, and they are the bridges that connect them. Players can choose to create goods from Treasures or burn them for special effects.

3. Legions (are required to play)

Legions (NFTs) are physical beings generated from Bridgeworld. Players take control of Legions and mine, farm, craft, quest, battle, and more in order to spread and develop the Bridgeworld together.

Overall, the Treasure metaverse revolves around this balance between $MAGIC and treasures. Treasures are magical items that can produce new resources, but only when enough MAGIC tokens have been staked.

4/ This dual resource model is the foundation for the Treasure metaverse.

The key players in this world are Legions, the soldiers mining MAGIC and using treasures to upgrade their class.

We are working w/ the former Head of Graphics at Netflix on a stand-alone Legions game. pic.twitter.com/5XixEJjb5H

According to their Twitter thread, Treasures is currently working with the former Head of Graphics at Netflix on a stand-alone Legions game as well. The Treasure website will soon be an interactive game where users may explore the metaverse and collect treasures, MAGIC, and legions through their adventures.

Treasure believes that, like blockchains, metaverses will have bridges connecting them, and these bridges will be resources in the metaverse. Treasure intends for $MAGIC to fuel not just the Treasure ecosystem, but also other NFT projects such as Smol Brains NFT, and many others.

To actively absorb metaverses, the $MAGIC supply was established with a substantial fund. Projects who join Treasure will benefit from instant community, a greater narrative, and a treasury backed by a token with a market cap of over $20 million. This is all overseen by the TreasureDAO.

What is the TreasureDAO?

The TreasureDAO oversees the entire Treasure ecosystem and is governed by staked $MAGIC holders. The DAO’s goal is to bring in new decentralized metaverses.

Members of the TreasureDAO have the right to vote on numerous issues such as which projects to onboard, $MAGIC distribution, as well as revenue-sharing agreements for the Treasure marketplace. The marketplace provides the DAO with additional funds to continue supporting the growth of the entire Treasure ecosystem.

What about the Treasure marketplace?

The Treasure marketplace is the only fully-decentralized high-traffic NFT marketplace and is owned by the TreasureDAO. The Treasure Marketplace features Treasure NFTs, Legions, Life, and Smol Brains currently. To buy NFTs on Treasure, you will need to have some $MAGIC in your wallet.

The idea for the Treasure marketplace initially was to provide a platform for projects that have deep integrations with the TreasureDAO, and more specifically with $MAGIC.

The marketplace takes a five percent commission on all sales, which goes back into the TreasureDAO to help fund new projects and fund other decisions the DAO makes.

However, after the launch of the Treasure marketplace, Treasure noticed a large demand for a decentralized, high-quality NFT marketplace on Layer 2 Ethereum that allowed for a wide variety of NFT collections, not just metaverse projects.

That’s why the team decided to build the Trove NFT marketplace, which is still in the development phase.