Everything We Know About Star Wars' "Andor": Trailer, Release Date, Cast, and More 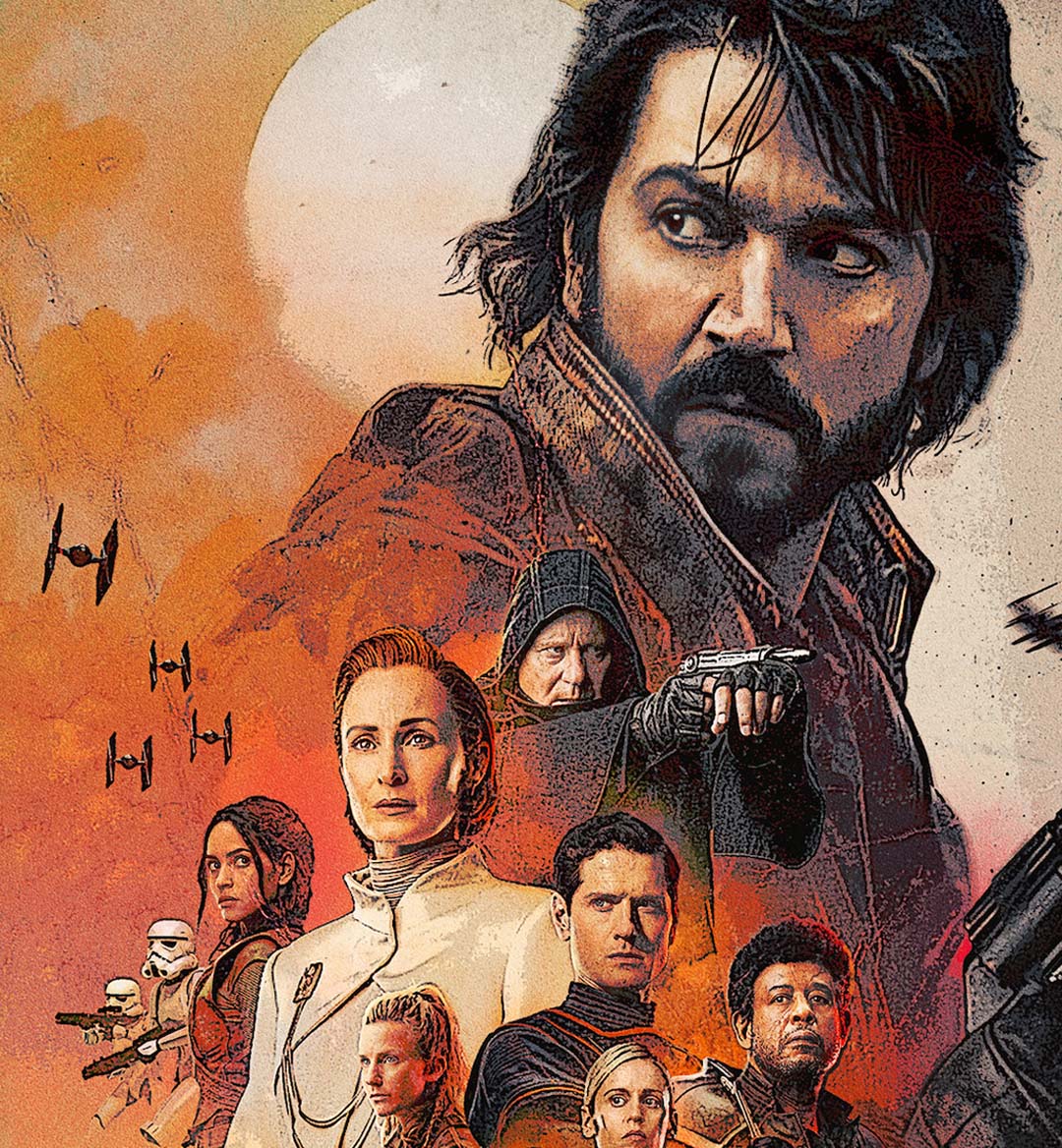 Okay, listen, I'm just as annoyed that we've had to wait over two years for the third season of The Mandalorian, but a new show might just be our saving grace to tide us over until 2023, and that's Andor.

Thus far, Disney+ has mostly been focusing on the more beloved and well-known characters of Star Wars for its various spinoff series: we've had Obi-Wan Kenobi, The Book of Boba Fett, and by this point, Din Djarin is practically a household name after The Mandalorian first aired in 2019.

This time around, we're focusing on a different time period in the galaxy's history, and it's with one of the Rebels who were ultimately responsible for saving the entire galaxy from the Galactic Empire: Cassian Andor.

What Is 'Andor' About?

The story told in Andor is set five years prior to the events of Rogue One, tracking local thief, Cassian Andor, as he changes occupations and ultimately becomes a leader of the currently-being-formed Rebel Alliance. Given this, the series takes place between the Clone Wars and the Galactic Civil War. Not much more about the series is known past that, so until September 21, all we've got to hold onto is the show's trailer, which is almost too good to be legal.

What Is the First Episode Date of ‘Andor’?

Though it originally had a premiere date set for about a month earlier, Andor is officially coming to Disney+ on September 21, 2022. To sweeten the deal even more, they're dropping the first three (yes, three!) episodes of the series all on that first day.

How Many Episodes Is 'Andor'?

This is what revolution looks like. Watch #Andor, a Star Wars Original Series, streaming only on @DisneyPlus September 21. pic.twitter.com/nMrribxUr7

Andor is a whopping 12 episodes—yes, that's almost double the number of episodes per season of Obi-Wan Kenobi, The Book of Boba Fett, and The Mandalorian. In addition to that, another 12 episodes will be promptly underway, as a second and final season has already been confirmed and is currently being developed.

Everything We Learned From the 'Andor' Trailer

If you're on the fence about this series, one view of the latest trailer might just change your mind. Actually, it definitely will.

At the beginning of the trailer, we see a massive Star Destroyer hovering a little too close to the ground of an unnamed forest planet, signifying that the Empire is about to start making its first moves. On top of that, we're also brought to the familiar Galactic Senate Chamber on Coruscant, which—so far—is the only confirmed (and recognizable) planet we've seen.

We see Cassian Andor (Diego Luna) dressed up and posing as a member of the Empire, likely in an effort to hack into their system and extract some sort of rare piece of intelligence. Luthen Rael (Stellan Skarsgård) is shown speaking to Andor, telling him that, "The Empire is choking us so slowly, we're starting not to notice. What I'm asking you is this: wouldn't you rather give it all to something real?"

It seems like Rael is one of the main masterminds behind the budding Rebellion movement, and because of his involvement, it's mentioned in the trailer that pockets of rebels are beginning to pop up in various places across the galaxy. In addition to Rael, we also get a glimpse into our old friend, Mon Mothma's (Genevieve O'Reilly,) beginnings. Though we all know her as being one of the founders of the Rebel Alliance from Return of the Jedi, we never got a chance to see her origin story, which she teases in the trailer by saying, "As long as everyone thinks I'm an irritation, there's a good chance they'll miss what I'm really doing."

And if that's not enough, we get a very quick look at an alien who looks a lot like Maz Kanata from The Force Awakens. Someone get me a matching pair of goggles.

Who Has Been Cast in 'Andor'?

Diego Luna will be reprising his role of Cassian Andor for the series, as will Forest Whitaker in his role of Saw Gererra from Rogue One. In addition to them, the rest of the cast includes:

Anton Lesser as an Imperial Officer

How Do I Stream 'Andor'?

Diego was part of every decision and met with every member of the crew.
"I belong to this project and this project belongs to me." - Diego Luna #Andor #StarWarsCelebration

The first three episodes of Andor will be available to stream on Disney+ on September 21, 2022, and they'll continue to air every Wednesday until the conclusion of the season on November 23.