12 Banned 'Yu-Gi-Oh!' Cards You Can't Use in Tournaments 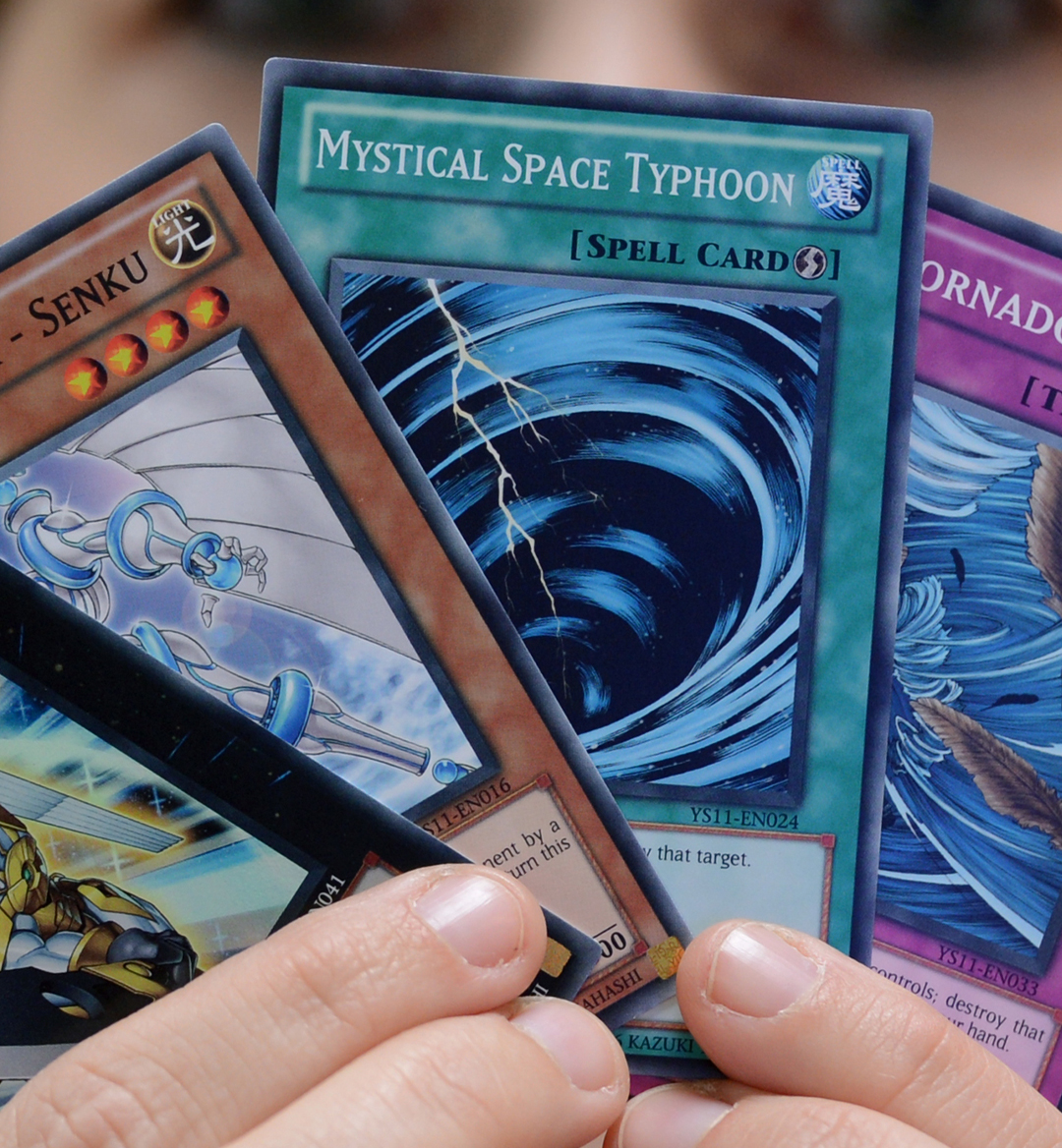 Whether you played the video games or you bought the cards themselves, many have played the YuGiOh card game in some shape or form. However, few are aware that the game they played is different from its competitive format. Since the inception of the game, people have played YuGiOh competitively, with the first world champion (Ng Yu Leung from Hong Kong) being crowned back in 2003. Some cards were used in the television show that were great for dramatic effect but far less adequate for competitive gameplay. Fans may remember Jar of Greed and Monster Reborn, cards that almost every character in the show used, which were banned very early into competitive gameplay. Over the course of the game’s history, many cards have been banned for various reasons.

The important thing to know is that there are two different types of YuGiOh tournaments. The tournament-style is called a “Format,” and each has its own set of rules and restrictions on what cards can be used. Traditional Format represents a state of gameplay in which most banned cards are limited, meaning they can only hold one of them in any particular deck. This format is not used in official tournaments. Advanced Format is used in all official tournaments and completely bans cards that are ruled to be too powerful for one reason or another. There is also a secondary list of semi-limited cards in which 1-2 cards are allowed instead of standard 3. The official list of banned cards is updated every three months.

For the remainder of this article, we’re going to focus on cards that are banned in the advanced format of the game and the reasons they are banned for:

Change of Heart lets you control one of your opponent's monsters until the end phase of your turn. That makes it possible to destroy your opponent’s strategies. If they only have one monster on the field, it would allow you to attack them directly. This could completely change the course of the duel.

Last Turn can only be played when the activating player has less than 1000 Life Points. They can choose one monster to battle, and the opponent can special summon any monster they’d like from their deck to face them. The winner of that battle would win the duel. The car seems fair at first glance because it allows the opponent to special summon any monster from their deck. Over time, the problem is that duelists found a way to hack this rule by summoning choosing monsters such as Jowgen, the Spiritualist that prevent the opponent from special summoning any monster of their choosing. This would mean that the activating player would automatically win the duel

Cyber Jar is one of the most powerful cards in the game as, when flipped, it can destroy all monsters on the field and cause both duelists to draw five cards. If they draw and monsters that are level 4 or below, those monsters are automatically summoned. This could allow a player to change the game with this card completely. Stacking a deck with low-level monsters wouldn’t be hard for Cyber Jar to end the game potentially.

Ultimate Offering is a trap card that allows a player to pay 500 Life points during an opponent's Main Phase or Battle Phase in order to normal summon one extra monster. This can give a player a huge advantage as this card’s effect can be activated during either player's turn. That means that a player can summon monsters during their opponents turn, misleading them and leaving them open to a counterattack.

What was your favorite yugioh card from the early 2000s? Mine was Yata-Garasu. It was soooo OP if you built your deck around it. pic.twitter.com/OrBEtSc07K

Yata-Garasu is an effect monster that can literally end the game if used correctly. It was so powerful that it was almost immediately put on the ban list. If this monster attacks an opponent's life points directly, it can prevent them from drawing a card on their next turn. Because it is a spirit monster, it will return to the user’s hand at the end of each turn. That means that this card can prevent the opponent from drawing new cards, yet cannot be destroyed because it will always return to the user's hand.

had a nightmare that I went to my old high school and was playing yugioh, then a teacher with an eyepatch told a few yugioh people about a card that was metamorphosis but even more broken and long story short I was falsely accused of stealing it and sent to prison pic.twitter.com/7r7Asv79wn

Magical Scientist is an effect monster that allows the player that activates it to summon Fusion Monsters with a few conditions. First, the player must sacrifice 1000 Life Points for each Fusion Monster they summon. Next, the summoned monster must be lower than level six and cannot directly attack the opponent's life points. This card is one of the most powerful cards in the game because it allows the player to summon many powerful monsters to their field with little consequence. When combined with the card Catapult Turtle, this card allows players to repeatedly summon monsters and sacrifice them to deal damage with little consequence.

Because this card is ancient (banned) and has god awful early yugioh text, lets go through this.
Painful Choice reveals from the deck.
Discarding is only from the hand.
Updated PSCT would say it excavates and sends.
This triggers no dark world monsters random zodiac XD. pic.twitter.com/IDk0Rth2ad

Painful Choice is a magic card that offers a high-risk / high-reward scenario. When a player activates this card, they select 5 cards from their deck, their opponent selects one of the cards, and it’s added to the activating player’s hand. The other cards are discarded. The disadvantage of this is that the player is guaranteed to lose 4 cards, but the benefit is that it is a guaranteed way to secure at least one game-changing card to the hand.

Dimension Fusion is an all-powerful magic card. When a monster is destroyed in battle, it is either sent to the graveyard or removed from the game. This card allows both players to summon as many monsters as they choose from the graveyard or banished zones to the field. The only consequence for the player who activates this card is having to pay 2000 Life Points. This card allows a duelist to strategize and use is specifically at a time when they have more monsters in their graveyard and can allow them to win the game.

Fiber Jar is an effect monster that can completely change the course of a game. It’s effectively a restart as it forces each player to put all of the cards on the field into their hands and all of the cards in the graveyard. It can ruin any plans that the opponent has planned as well as revealing them before they can ever truly take effect.