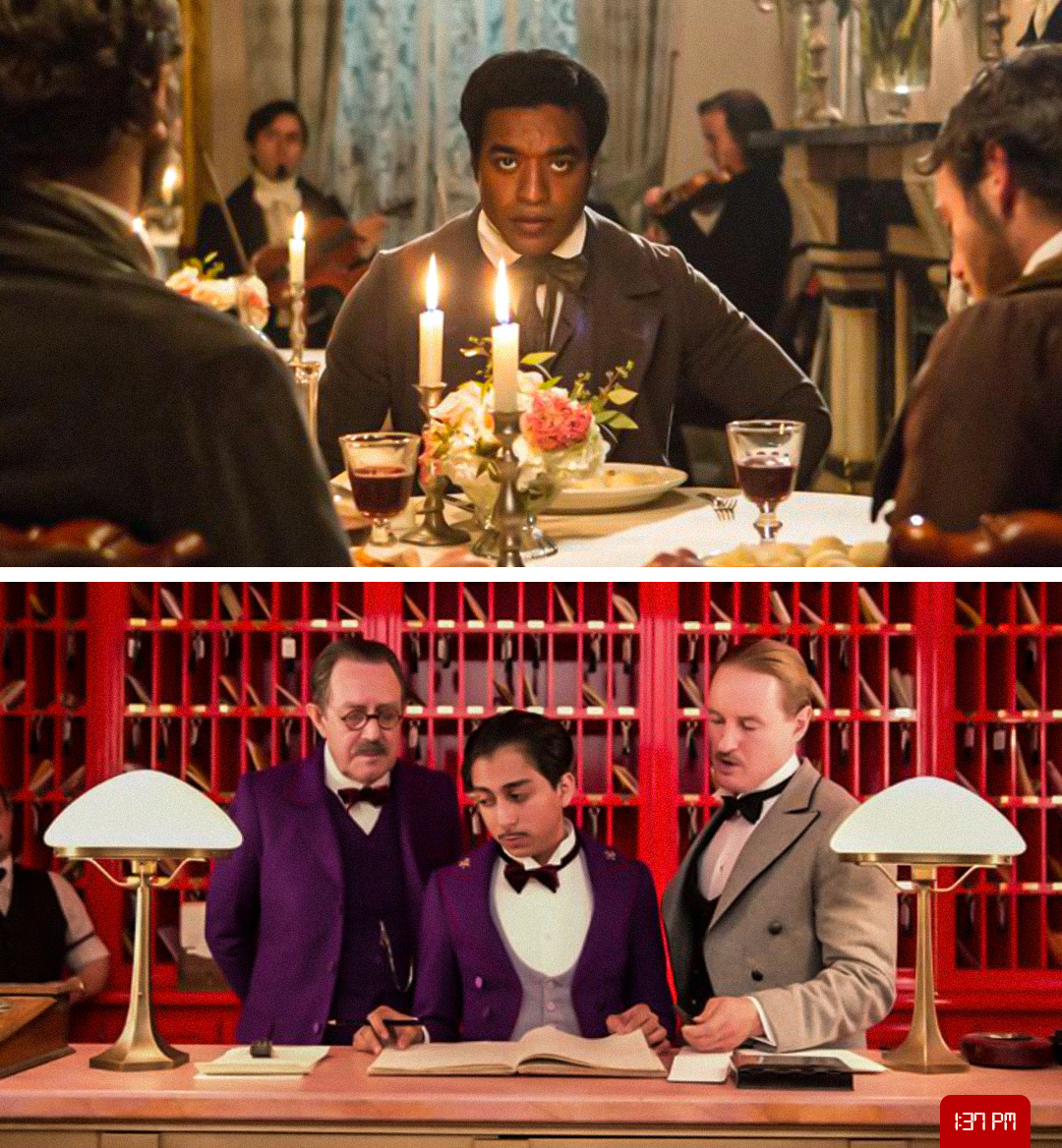 Independent films are selected time and time again for Best Picture and cover a wide variety of genres, almost always on a niche, smaller level. Though they might not have the same wide scope as a blockbuster Spider-Man movie, independent films can certainly pop off and hit it big, making those watching forget that it's actually a smaller, independent movie.

Films like Get Out and Parasite were both independent films, though they each received widespread acclaim, basically turning them into blockbuster hits. In no specific order, these next 20 films are a few of the greatest we've seen across our screens in recent years.

Based on Tarell Alvin McCraney's play, Moonlight follows the character of Chiron at three different stages of his life, as he works through various emotions and life events. This includes the struggles of growing up, his identity and sexuality, as well as the emotional abuse that he endured over the years.

This classic psychological thriller stars Jennifer Connelly, Jared Leto, and Ellen Burstyn, as Requiem For a Dream is about drug addiction and how the different characters suffer from it. It's a deep dive into how drugs affect people psychologically and lead them into various states of delusion.

A classic Wes Anderson film, The Grand Budapest Hotel has a stacked cast as many of his films do, including Willem Dafoe, Saoirse Ronan, Tilda Swinton, Ralph Fiennes, and Tony Revolori. The storyline follows a mystery as the concierge of an extremely upscale hotel is framed for carrying out a murder.

Based on Lisa Genova's novel of the same name, Still Alice centers around Alice Howland (Julianne Moore), who is dealing with a sudden Alzheimer's diagnosis at the age of 50 years old. The film deals with the progression of the disease and how Howland copes with the diagnosis and gets through daily life with her family.

This comedy follows Abigail Breslin as Olive Hoover, a child who has recently qualified for a beauty pageant in California, and her family, who has to get her there via Volkswagen Bus as they live in New Mexico. While it's a comedy, the film also touches on more serious notes, like addiction and suicide, making this film more of a tragicomedy.

This South Korean dark comedy film became an instant hit when it arrived in theaters; it also performed extremely well critically, as the film ended up taking home four Oscars, including Best Picture. After Ki-woo (Choi Woo-Shik), the daughter of a very poor family, ends up being hired as an English tutor for an extremely wealthy family, her entire family sets out to work for this new, wealthy family in order to make money.

This early-2000s classic stars Jon Heder as the namesake character as he navigates high school as an extremely quirky and awkward student. The film is a mish-mash of similar characters who are unusual in their own ways, like most of his family, Pedro, who decides to run for class president, and Deb, his friend who's on the shyer side.

An absolutely iconic film starring John Travolta, Samuel L. Jackson, and Uma Thurman, Pulp Fiction focuses on the crime scene in Los Angeles, going through multiple different stories within the area. The film is often considered one of Quentin Tarantino's best, with its incredible dialogue and overall storyline.

A winner of multiple awards, including the Best Actress Oscar for Frances McDormand, Three Billboards Outside Ebbing, Missouri centers around Mildred Hayes's (McDormand) quest to find justice for her daughter's rape and murder. Hayes decides to pay for three billboards to call out the police department for not being able to find who murdered her daughter, leading to an ongoing conflict between Hayes and Police Chief Bill Willoughby (Woody Harrelson).

12 Years a Slave follows the true story of Solomon Northup, who wrote the book of the same name about his experience as a slave in 1853. Chiwetel Ejiofor stars as Northup, who was kidnapped and forced into slavery for 12 years even though he was a born-free African American.

Willem Dafoe puts on an incredible performance as Vincent van Gogh in At Eternity's Gate, which tracks the famed painter in his last years of life. The film goes into great detail by showing the process behind the specific paintings that van Gogh completed in those final years, as well as the extremely emotional side of the painter.

With Reese Witherspoon as the overachieving student, Tracy Enid Flick, Election follows her high school campaign for class president. One of her teachers, Jim McAllister (Matthew Broderick), decides to sabotage her run for president through various methods as he finds her to be an extremely annoying student.

Glenn Close leads as Joan Castleman, wife of Joseph Castleman (Jonathan Pryce), a famous writer who has just been awarded the Nobel Peace Prize for his work. This moment is the culmination of years of unspoken resentment on Joan's end, as she's the real one who deserves the award, given that she has been her husband's ghostwriter for all of those years.

Jordan Peele's Get Out is a psychological horror film about Chris Washington (Daniel Kaluuya), who spends time at his girlfriend, Rose Armitage's (Allison Williams) house with her family. Things quickly take a turn for the worst as her family turns out to be casually racist and incredibly insane, with particularly odd things occurring around the house that just don't add up.

Nomadland took home a ton of wins at the 2021 Oscars, including Best Picture, Best Actress, and Best Director. Based on the non-fiction book of the same name by Jessica Bruder, this film stars Frances McDormand as Fern, a modern-day nomad who travels across America working various jobs and musing about life.

Elliot Page is Juno MacGuff in this coming-of-age film, which tells the story of MacGuff, who accidentally gets pregnant and decides to put her baby up for adoption. The story tracks her through her pregnancy and how she chooses who will be adopting her future child. Also starring in the film is Michael Cera, who plays Paulie Bleeker, her friend and the father of her child.

Matt Damon is Will Hunting in this independent film that has become quite the iconic movie over the years. The story follows Hunting (Matt Damon), who is secretly a genius yet works as a janitor. When he starts going to therapy under Dr. Sean Maguire (Robin Williams) as part of a legal agreement after getting in trouble for assaulting a police officer, things in his life start to turn around. Hunting begins working with a mathematics professor, and after that, he takes note of his life and figures out where to go from there.

Timothée Chalamet and Armie Hammer star in this coming-of-age film about two young men who meet in Italy and form a deep romantic relationship. Chalamet plays Elio Perlman, a 17-year-old student, while Hammer is Oliver, a college graduate student; the two meet as Oliver works as Perlman's father's assistant.

Lady Bird has quickly become a classic coming-of-age film, with Saoirse Ronan as the main character of Lady Bird, a disillusioned high school senior with a broken arm who has a tough relationship with her mother, Marion (Laurie Metcalf). The film follows Lady Bird at school as she experiences new things and looks ahead to what her future will be like, as she's eager to finally get out of Sacramento.

Bill Murray stars as Bob Harris, who heads to Tokyo to promote liquor, given that he used to be a famous actor. While there, he ponders his life as he's not used to the culture in Japan, though he eventually meets Charlotte (Scarlett Johansson), a college graduate who quickly changes things. Though there's a fairly large age gap, the two are able to connect and form a bond over their shared feelings of alienation in Tokyo.