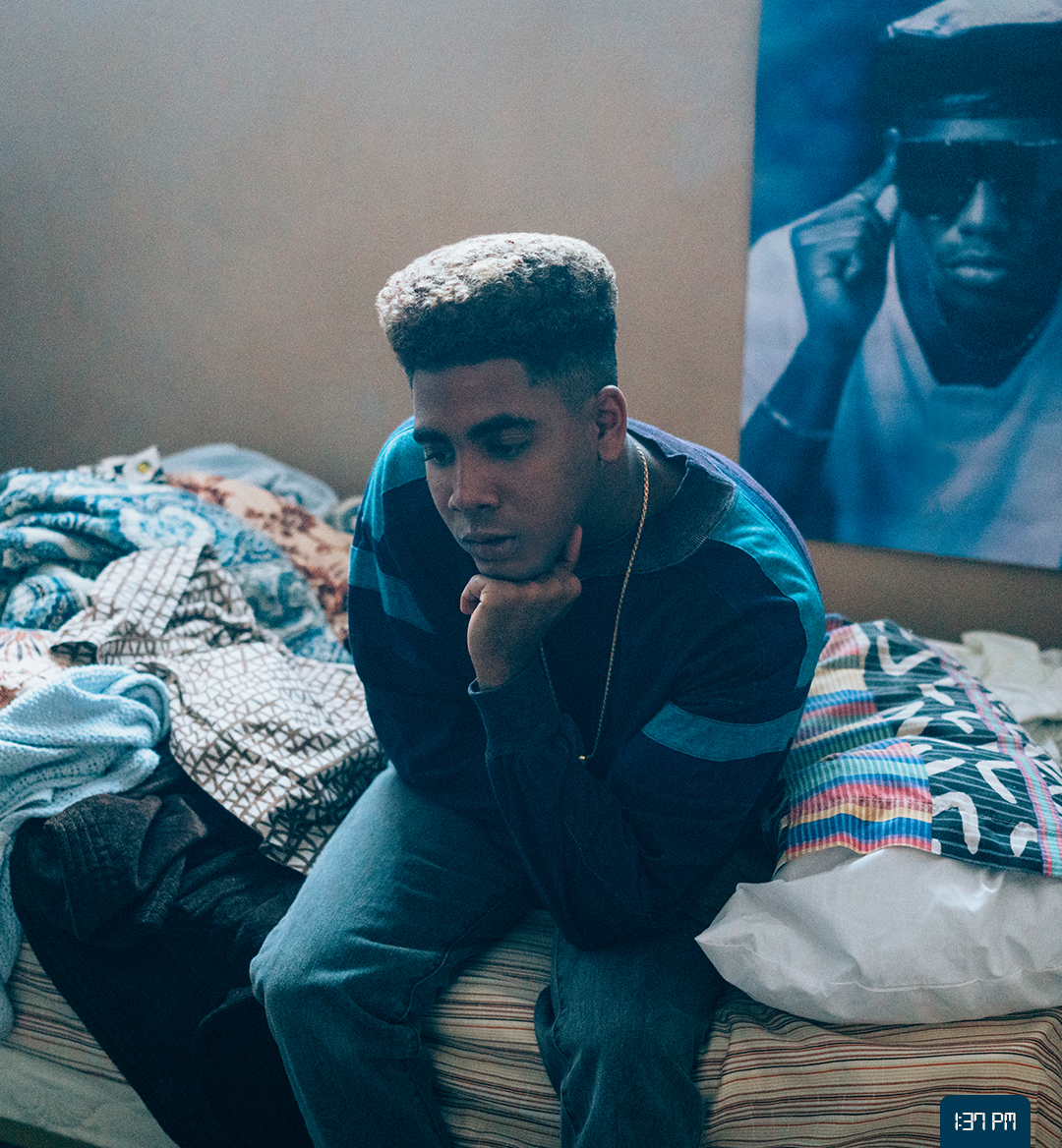 Limited series have truly pulled ahead in the TV world over the past few years, with series like American Horror Story, When They See Us, and The Queen's Gambit dominating the television scene. Though limited series are thought of more to be standalone shows, those that were meant to be one season but earned a few more can also be counted in this category, like Big Little Lies and Fargo. In no specific order, these next 20 are a few of the best that have come our way over the years.

Though everyone knows the story of O.J. Simpson pretty well at this point, the first installment in the American Crime Story anthology series goes deep into the behind-the-scenes aspect of things. Sarah Paulson and Sterling K. Brown both give incredible performances as Marcia Clark and Christopher Darden, respectively, with Paulson earning an Emmy for her performance. The series as a whole ended up taking 22 Emmy nominations, winning nine of them.

Based on the DC comic book series of the same name, Watchmen is following in the footsteps of the 2009 movie that is also of the same name. Taking place in Tulsa, Oklahoma, the series has a few different plots going on, with the two most notable becoming getting intertwined as they both involve Detective Angela Abar (Regina King). Abar is trying to eliminate a white supremacist group, but at the same time, she has to track down Doctor Manhattan, a human who left Earth and transformed into something much larger than purely human.

This limited series with Kate Winslet in the titular role of small-town detective Mare Sheehan saw enormous success, including 16 Emmy nominations. The story centers around Sheehan, who finds herself in the middle of a murder mystery after a teenage girl in town is murdered in a forest. At the same time, she's trying to piece together whether or not it's connected to the disappearances of a few other girls.

WandaVision reunited Wanda Maximoff (Elizabeth Olsen) and Vision (Paul Bettany) in a genre-defying series about the two. Following them through various past decades, we see the couple evolve through a sitcom-series lens, though after some time, the two realize that a few odd things just aren't adding up.

A massive hit, The Queen's Gambit stars Anya Taylor-Joy as Beth Harmon, a young orphan who learns chess from the janitor at her orphanage. After realizing that she has an incredible skill for the game, she practices more and more and is eventually adopted from the orphanage. She continues to play at her new home and later competes in the largest international competitions for chess. Having become addicted to pills while at the orphanage, the series also follows her battle with addiction. The story is based on Walter Tevis's novel of the same name from 1983.

When They See Us is based on the true story of five teenagers accused of raping a female jogger in Central Park in 1989. The series dives into the lives of the teenagers, who were all either Black or Hispanic, and their families as they process the events. It also includes their ultimate wrongful conviction after the real assailant ends up confessing later on.

Though there have been many seasons in the American Horror Story anthology series, Coven might be the most compelling of the bunch. The story follows a group of girls who attend a secret school for witches in New Orleans, which follows a very specific power structure. Cordelia Foxx (Sarah Paulson) runs everything at the school, as she doesn't have a great relationship with her mother, Fiona Goode (Jessica Lange), who is the most powerful "Supreme" witch and should technically be running things. At the same time, the show cuts back to the late 1600s during the time of the Salem Witch Trials, eventually linking the two moments in time together. And if that's not enough, there's even a Stevie Nicks cameo in one of the episodes.

This series centers around the infamous Chernobyl disaster in 1986, which occurred in the Soviet Union. Chernobyl details not only the disaster itself, but also the risks and immense effort that came with the massive cleanup of the nuclear plant. Receiving 19 Emmy nominations, the series was a major success both critically and with audiences, as it highlighted the importance of information and the trust that we place in our leaders.

With a stacked cast, the main plot of Big Little Lies revolves around Jane Chapman (Shailene Woodley), who has recently relocated to Monterey, California, to raise her son, Ziggy, alone. There, she meets a group of women from the school and becomes friends with them, including Madeline (Reese Witherspoon), Celeste (Nicole Kidman), Bonnie (Zoë Kravitz), and Renata (Laura Dern). At the beginning of the series, we're clued in to the fact that someone dies at the end, and the entire show is leading up to that moment. The series is based on the book of the same name by Liane Moriarty.

Another anthology crime series, True Detective, received a vast amount of praise for its first season, which stars Woody Harrelson and Matthew McConaughey. Harrelson is Detective Marty Hart, and McConaughey as Detective Rust Cohle, who work together to solve the murder of a former prostitute who was left with an odd symbol on her. The series follows the two almost 20 years later as another victim turns up in a similar fashion.

Based on the book of the same name by Elizabeth Strout, this four-part series follows the namesake character Olive Kitteridge (Frances McDormand), a retired teacher, at four different times in her life. Though pretty cynical about most things, there's a softer side to Olive, though it rarely comes out. Partially because of this, she ends up having a tough relationship with her son, Christopher, as he doesn't really "get" her or understand that she means well. Richard Jenkins plays Olive's husband, Henry, a pharmacist who's basically the opposite of her.

Michaela Coel's I May Destroy You is a powerful look into the life of a young woman, Arabella Essiedu, who is raped. Working as a writer, Essiedu is trying to build her life back up after her traumatic experience, and the series tracks her and her friends as they navigate their world.

Though Feud was supposed to become an anthology series similar to that of American Horror Story, it ended up staying as a one-off limited series. Feud tells the story of the real relationship between Bette Davis (Susan Sarandon) and Joan Crawford (Jessica Lange) during the filming of their movie, What Ever Happened to Baby Jane? The two were fierce enemies, and when forced to work together, it was quite a lot to see—both on-screen and off.

Jumping off the Coen Brothers' film, Fargo, this series of the same name also involves two detectives trying to solve murders, except this time, the officers are Deputy Molly Solverson (Allison Tolman) and Gus Grimly (Colin Hanks). The two are searching for those responsible for a string of murders in the Minnesota area, which they believe two crime partners might have carried out.

The White Lotus tracks three groups of people as they embark on their stay at the White Lotus hotel in Hawaii, where someone dies, as noted in the beginning of the first episode. Going back in time prior to the death, the show focuses on each group as they have different yet connected experiences at the hotel.

Based on Celeste Ng's novel, Little Fires Everywhere, this series follows a very affluent, dysfunctional family led by Elena Richardson (Reese Witherspoon) and her unlikely and sometimes contentious friendship with a newcomer to town, Mia Warren, and her daughter.

Joey King is Gypsy Rose Blanchard in this series based on the true story of her and her mother, Dee Dee Blanchard (Patricia Arquette), who abused her daughter by pretending that she had an illness. Dee Dee takes things to an extreme with her daughter, forcing her to use a wheelchair, and as Gypsy Rose gets older, she wants a larger separation between her and her mother, which causes major conflicts.

Another absolutely incredible season of American Horror Story, Asylum is quite a bit darker than Coven, though it brings the same punch. Sister Jude (Jessica Lange) helps run a mental institution, which Lana Winters (Sarah Paulson) decides to investigate as part of her job as a local journalist. However, while there, she's taken into their custody and is forced to stay, which leads to a number of frightening and puzzling encounters.

Set in 1963, Mrs. America focuses on Phylis Schlafly (Cate Blanchett), who is a known opposer of the Equals Rights Amendment (ERA), which would grant women the same rights as men. At the same time, it pivots to where things are on the other side, following Gloria Steinem (Rose Byrne), Shirley Chisholm (Uzo Aduba), Bella Abzug (Margo Martindale), and Betty Friedan (Tracey Ullman) in their fight to pass the ERA. The series was received extremely well, receiving 10 Emmy nominations, with Aduba winning for her portrayal of Chisholm.

Starring Amy Adams as journalist Camille Preaker, Sharp Objects is about Preaker's hometown, which she returns to in an effort to discover more details about two young girls being murdered there. However, being back in town forces her to be around her mother, Adora Crellin (Patricia Clarkson), who doesn't help Preaker's already delicate state as an alcoholic who was recently released from a psychiatric rehab facility.