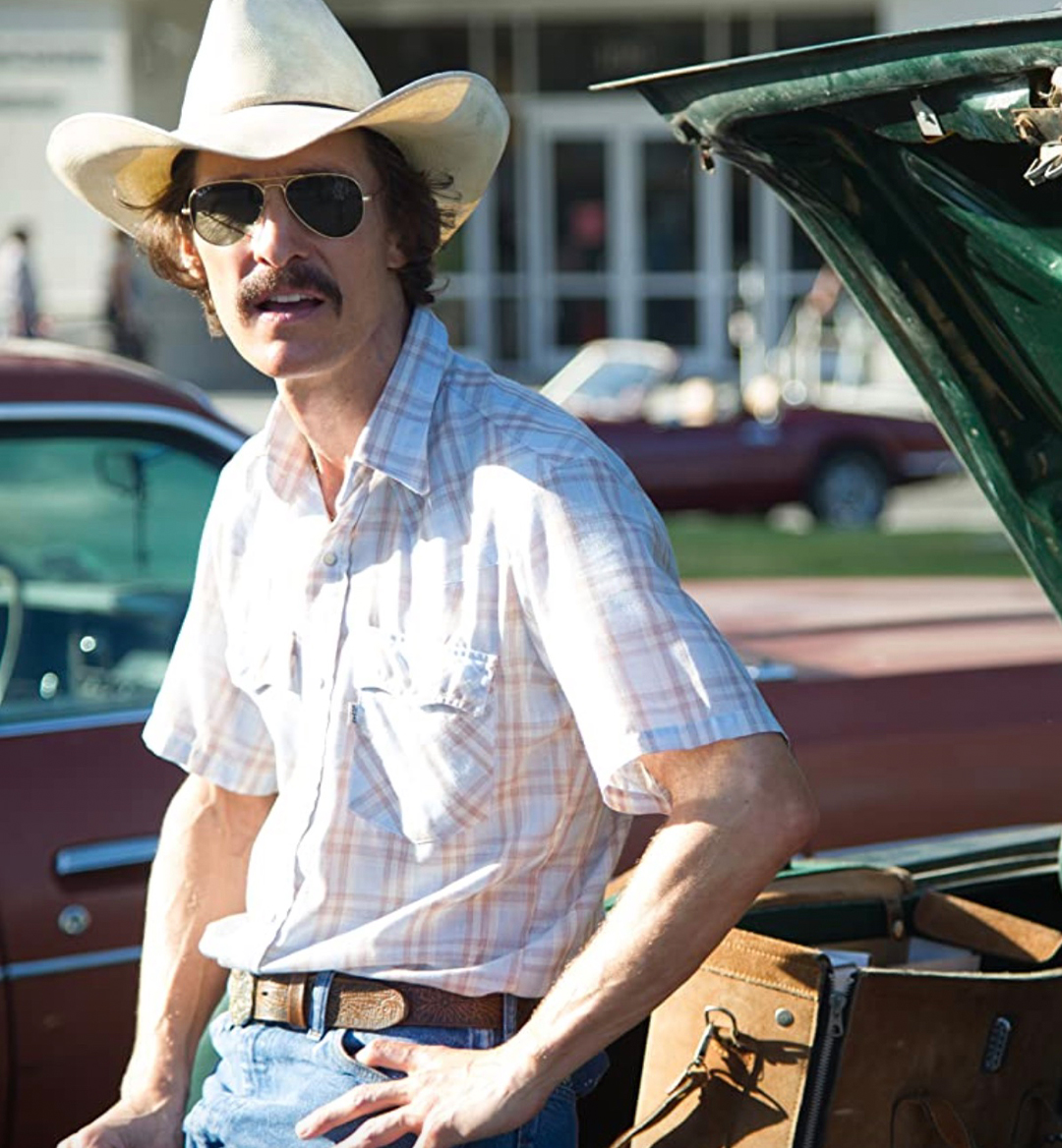 Okay, everyone knows Matthew McConaughey. But honestly, we don't really know him, as he's had quite a few sleeper hits that went a bit unnoticed over the years. To quite a bit of the population, he's known as the rom-com star of the early 2000s, but since transitioning into more dramatic roles in the 2010s, he earned more nuanced critical acclaim, even picking up an Oscar for Best Actor along the way. These 15 films are just a few of McConaughey's best movies, as he's also done work on the television scene.

An early rom-com of McConaughey's, The Wedding Planner stars him alongside Jennifer Lopez, who plays Mary Fiore, a wedding planner whose father wants her to marry Massimo (Justin Chambers), though she's not so crazy about the deal. After Steve Edison (McConaughey) saves her life, they find themselves attracted to each other, but she later finds out that he's engaged to be married—and that she'll be planning the wedding.

While the bulk of Magic Mike is spent following Mike Lane (Channing Tatum) as he steps onto the male strip club scene, McConaughey portrays Dallas, Mike's boss and the owner of the strip club, Xquisite. While Mike is new to the culture, Dallas is a seasoned pro with his sights set on opening a massive chain of strip clubs.

Many tend to dismiss rom-coms outright as there's a feeling that they're unable to reach the same heights as more "serious" films. I'm not going to sit here and say that How To Lose a Guy in 10 Days is art (though I should), but McConaughey and Kate Hudson make a perfect pairing in this film, both using the other for their own personal gain.

White Boy Rick actually centers around two Ricks: one, played by McConaughey, as a single father involved in some risky parts of the business, and the other is his son, Ricky (Richie Merritt), who ends up becoming the youngest FBI informant in history. He ends up getting wrapped up in an FBI investigation into the nefarious activities of his father, as they'll provide Ricky with monetary pay as well as immunity.

Directed by Ron Howard, this satirical film is all about reality television, focusing on an upcoming TV show that will be following one person through every day of their life—in this case, it's Ed Pekurny (Matthew McConaughey). The show's producer, Cynthia (Ellen DeGeneres), is determined that the show will pick up the pace as it's currently doing poorly in its ratings.

Bernie is based on the real story of a wealthy elderly woman's (Shirley MacLaine) murder in 1996. Bernie Tiede (Jack Black) was her companion accused of the murder, and Danny Buck Davidson (Matthew McConaughey) is the district attorney who takes on the case and charges Tiede.

Mark Hannah is portrayed by McConaughey in this film, which quickly became a cult hit among fans. Hannah hires Jordan Belfort (Leonardo DiCaprio) to work at his company, which launches his career in the stockbroking business. Though McConaughey is in no way the star of the movie, he adds a great dimension to the film in complementing DiCaprio's character.

As Kubo and the Two Strings is an animated film, McConaughey lends his voice for the part of Beetle, a samurai who had been turned into a beetle. The plot centers around Kubo (Art Parkinson), a boy who has to find his left eye, which had been stolen from him as a child. The stop-motion animation film ended up earning itself Academy Award nominations for both Best Animated Feature and Best Visual Effects.

Amistad is a historical film that's set in 1839, focusing on La Amistad, a slave ship that ended up becoming a major legal case following its arrival back on shores. While onboard, slaves were able to take control of the ship and tried to steer it back to Africa, though they were ultimately captured by U.S. forces. This film follows the legal proceedings that followed, with McConaughey portraying Roger Sherman Baldwin, a lawyer who defended the African slaves.

Though it performed fairly poorly when it was first released in 1993, Dazed and Confused has rightfully earned its cult status in the years since. In one of McConaughey's first major roles, he plays David Wooderson, one of the young adults who the film follows over the course of the last day of school in 1976. Though Wooderson is just a slightly older guy who hangs out with the teenagers in school, McConaughey definitely made his mark in this role.

The Lincoln Lawyer was one of McConaughey's first forays into a world without as many romantic comedies, as it's a solid court drama and psychological thriller. He portrays Mickey Haller, a criminal defense attorney who has to represent a well-off client being sued for beating up a prostitute.

Matthew McConaughey is playing Buddy Deeds in this western-mystery film, the former sheriff and late father of Sam Deeds (Chris Cooper), of Rio County in Texas. As Sam was elected sheriff, he's now in charge of things, more specifically with a case that involves a recently-discovered skeleton found alongside a sheriff's badge.

While this film flew a bit under the radar, it was up for consideration at Cannes Film Festival for the Palme d'Or award. McConaughey plays Mud, who's hiding out in an effort to stay out of sight from those looking to track him as he's a fugitive on the loose. He ends up hanging out with a few kids—Ellis and Neckbone—who help him stay hidden after making a deal: if they assist him, he'll give them his pistol.

Interstellar hit the movie scene right when space movies were at their height following the success of Gravity, which came out in 2013. McConaughey plays Joseph Cooper, a NASA pilot whose mission is to fly through a wormhole with a few other astronauts. The film was a major success, earning five nominations at the Academy Awards and becoming one of the highest-grossing films of 2014.

Based on the real story of Ron Woodroof (played by McConaughey), Dallas Buyers Club takes place in the 1980s as he's diagnosed with AIDS. Struggling to find a medication that will actually work, Woodroof started bringing in illegal pharmaceuticals that were still being tested for treatment. By forming the Dallas Buyers Club, he was able to distribute the medication to other patients. The film earned McConaughey the Academy Award for Best Actor, as it also picked up nominations for Best Picture and Best Original Screenplay, among others.