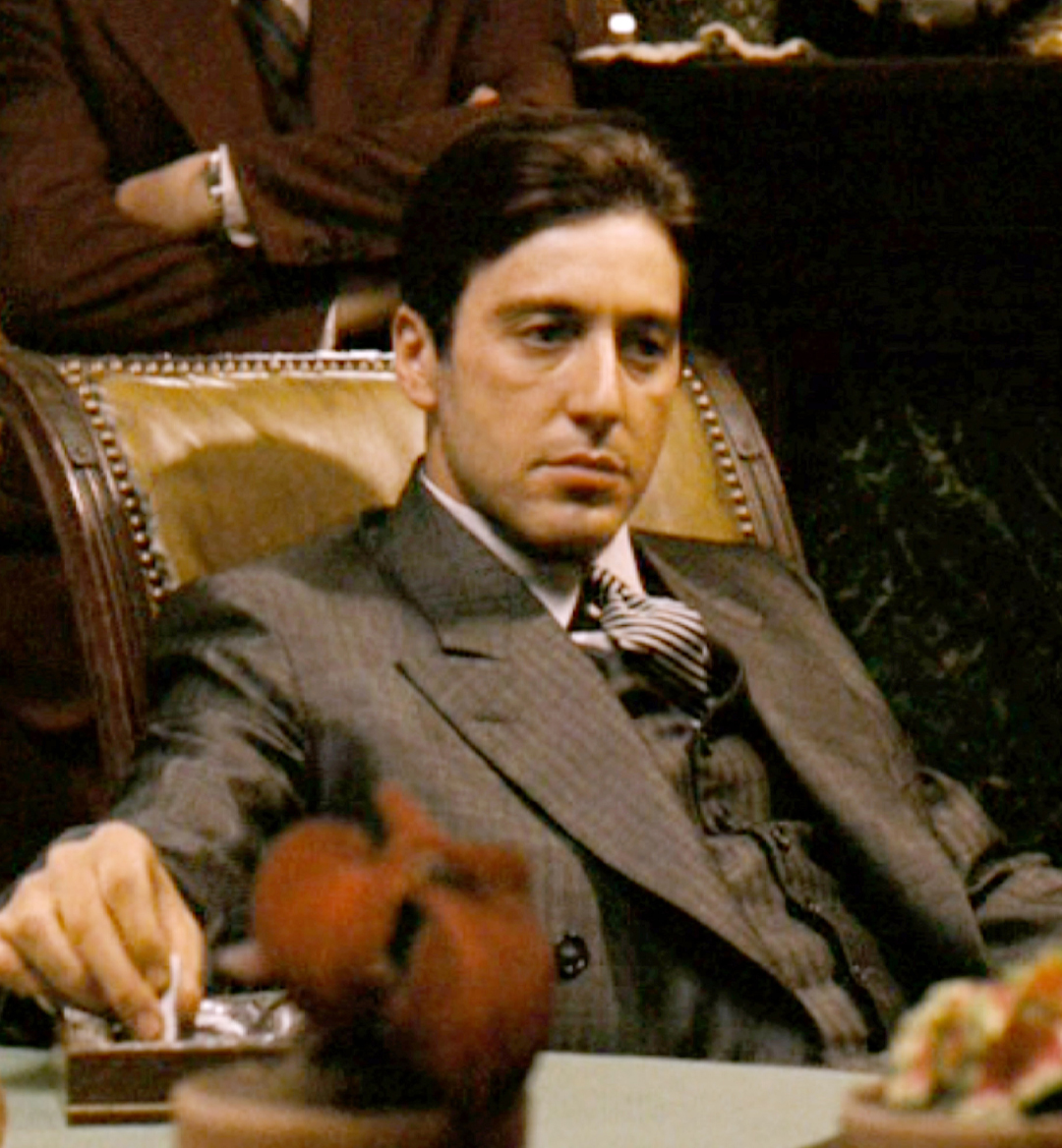 He's one of the most legendary and critically acclaimed actors of all time, Al Pacino has come to be regarded as among the very best in cinematic history. His filmography has some of the best films ever created, and a lot of those movies' success has to do with Pacino's performances in them.

From Scarface to Scent of a Woman, Pacino's range is seemingly limitless and he has shown that he has the ability to play practically any character. Listing out his best films is nearly impossible but we took a shot at it anyway.

Here are our picks for the 15 Best Al Pacino movies you should watch right now.

Next to Michael Corleone, Pacino's role as Tony Montana is certainly his most iconic. A favorite of cinematic aficionados and frat boys alike, Scarface follows the rise and fall of a Cuban refugee as he seeks to conquer the criminal underworld of Miami in the 1980s.

A remake of the 1932 film of the same, Scarface, while it was initially controversial and poorly received, has gone on to become regarded as one of the greatest gangster movies of all time.

Speaking of gangster films, The Godfather is perhaps the best and most well-known of them all. Pacino portrays Michael, the son of Don Corleone, who initially wants nothing to do with the gangster life but realizes that this life wants everything to do with him.

Michael's journey from war hero to the head of the Corleone crime family culminates in one of the most famous sequences in film history: the assassination of the Dons and Moe Greene.

When someone says "sequel," more than likely, they'll also say "the original was better." In the case of The Godfather: Part II, the opposite proved true.

A grand epic that serves as not only just a sequel but also a prequel, this film follows both a young Vito (Robert DeNiro) and Al Pacino's Michael. Michael survives an assassination attempt, and in the wake of it, attempts to reassert control over the family and protect the business.

Now I wish I could say the same thing about Part III of The Godfather trilogy as I did about the second, but in this case, the film just isn't on par with the other two. This isn't Pacino's fault, though, as he is as good as ever as an aging Michael Corleone, who is struggling with both personal and business issues and runs into conflict with The Vatican.

The movie was criticized for its convoluted plot and Sofia Coppola's performance as Michael's daughter Mary, but it was generally well-received.

Al Pacino might be best known for some of his gangster roles, but he plays one hell of a cop too. In Serpico, Pacino plays Frank Serpico, one of the few honest cops in 1970s New York City.

He fights criminals as much as he tries to uncover and put a stop to widespread corruption in the NYPD. The film is based on the true story of Frank Serpico, who helped blow the whistle on the corruption that plagued the real-life NYPD in the 1960s and 70s.

Another of Pacino's earliest and best-known roles, Dog Day Afternoon, sees his character Sonny Wortzik (based on the real-life bank robber John Wojtowicz) attempt to rob a bank in Brooklyn to pay for his partner Leon's sex reassignment surgery.

The film is based on a Life article titled "The Boys in the Bank," which documented a bank robbery and hostage situation in 1972.

Scent of a Woman was one of the most well-received films of 1992 and earned Pacino an Academy Award for his role as an irritable, blind, medically retired Army lieutenant colonel.

It was Pacino's first and (so far) only win at the Academy Awards for acting, and if you watch this film, it's easy to see why he won.

One of, if not the greatest heist films ever made, Heat follows a crew of bank robbers as they terrorize Los Angeles in a quest for the almighty dollar.

Pacino portrays Lieutenant Vincent Hanna, the LAPD detective tasked with bringing down the criminals, who are led by Robert DeNiro's character Neil McCauley.

Mob and gangster movies have a lot of places on this list, and Pacino has made a habit of dominating every scene in all those films.

In Donnie Brasco, based on the true story of FBI agent Joe Pistone who infiltrated one of the New York mafia families, Pacino plays "Lefty" Ruggiero, a mobster that takes a liking to Johnny Depp's Donnie Brasco. He unknowingly helps Donnie infiltrate the mafia, eventually culminating in the FBI being able to do serious damage to the mob's operations.

The Irishman centers around Frank Sheeran (Robert DeNiro), a hitman that worked for the Bufalino Crime Family and other criminal organizations in the Philadelphia area.

Pacino plays Jimmy Hoffa, the infamous labor leader who was also convicted for a variety of crimes in the 1960s and who allegedly had mob ties. The role earned Pacino another Academy Award nomination in 2019, but he would ultimately lose to Brad Pitt for Pitt's role in Once Upon a Time in Hollywood.

In Any Given Sunday, Pacino plays Coach Tony D’Amato, the beleaguered leader of the Miami Sharks, a fictional football franchise in the Associated Football Franchises of America.

Throughout the film, he deals with the team's owners, narcissistic quarterbacks and more as issues in his personal life continue to mount as well.

Stuck in a town that is currently experiencing perpetual daylight, Pacino's character struggles with insomnia and an Internal Affairs investigation into his ethics, all while attempting to stop the serial killer.

"Coffee is for closers."

One of the most famous lines in movies was not said by Al Pacino but it helped cement this film in cinematic history.

Pacino plays a real estate firm's top earner, Ricky Roma, who is not above manipulating those around him to stay on top of it all. His performance was so well received that he earned an Academy Award nomination that year.

Another film for which Pacino got himself an Academy Award nomination, ...And Justice For All had the actor playing a fiery defense attorney who defends a judge whom he hates in a rape trial.