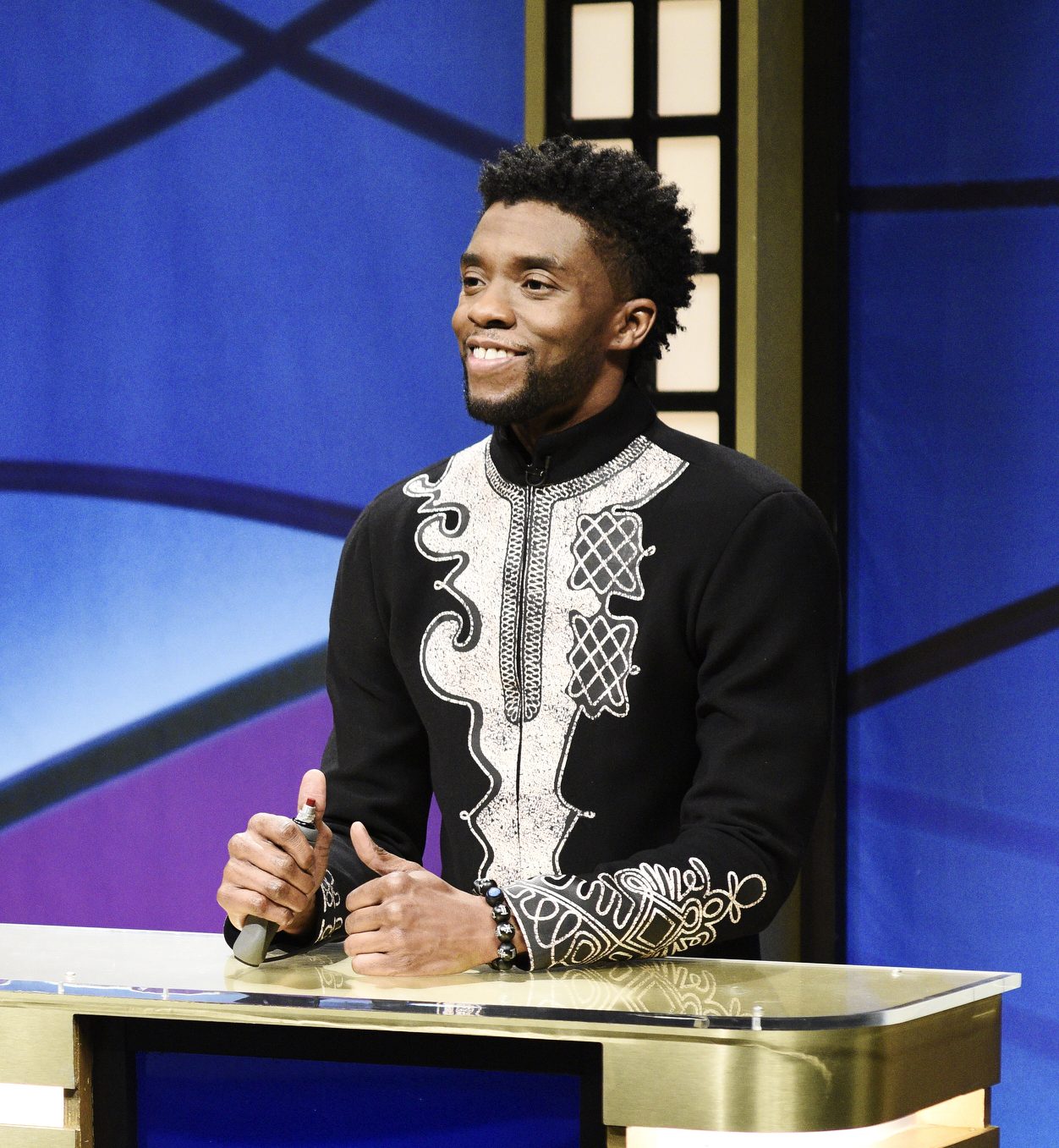 When it comes to shows that have made us laugh through the years, has there been any show more consistent than Saturday Night Live? Having been on the air since 1975, Saturday Night Live aka SNL has had literally thousands of hilarious moments from their opening monologues to their numerous skits. Every comedian from Eddie Murphy to Jim Carrey has made their way through the iconic set, and there isn’t a single notable celebrity beyond a certain age that hasn’t been depicted in some form or fashion. Nobody gets spared on SNL, and that is what has made it so much fun for almost fifty years. When it comes to narrowing down the best Saturday Night Live skits of all time, it is certainly a difficult task considering the many (and we do mean many) skits that have been performed since 1975. 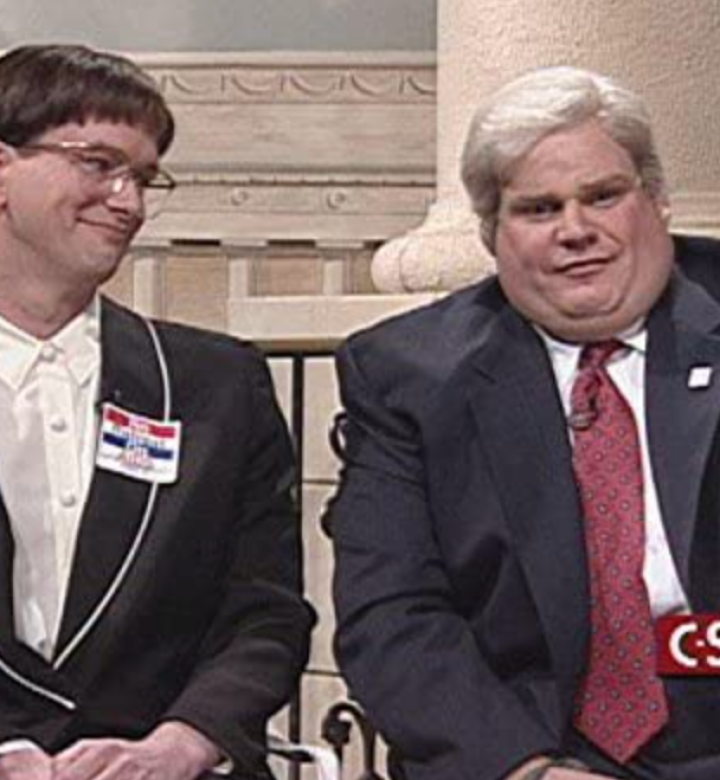 What’s considered to be “funny” or the “best” can be subjective. There are some skits that everyone universally agrees were funny as hell. And on the flip side there might be some skits that evoke a “what are you talking about” reaction. Believe it or not, there’s actually quite a bit of pressure on us with this article, but we’re going for it full force.

So here it is, our official the 15 best Saturday Night Live Skits of all time. Not this year, not of the past five, ten, or even twenty years. Of. All. Time. Check them out below and let us know if we nailed it or missed completely.

While maybe not the “funniest” SNL skit ever, “Career Day'' deserves to make the list just simply because of Adam Driver’s brilliant performance. Driver put that Julliard training and background to use as Abraham H. Parnassus, the father of Mordecai, who was portrayed by Pete Davidson. The subject of this skit was for the students to bring their parents in for career day, and Parnassus showed to embarrass his son in the most humiliating way possible.

Parnassus was borderline insane, muttering complete nonsense, and while we assume he was a professor or scientist of some sorts, it’s not quite clear if he really was “employed,” or if it was just simply a figment of his imagination. Through it all, Driver never broke character, laughed, stuttered, or tripped over his words despite the reactions from his son and his classmates.

The skit was a part of SNL’s season 44 premiere, and despite two Academy Award nominations from non-SNL related projects, there’s a select few out there that still consider his performance as Abraham H. Parnassus to be amongst his best.

Alright. Let’s just go on ahead and get the political skits out of the way. Regardless of what your personal beliefs are, we all have to agree that this Trump versus Hillary Cold Open skit from 2016 was absolutely friggin hilarious. There were multiple rounds similar to how the presidential debates actually go, but this first one remains iconic just simply because of it being the first one.

Alec Baldwin and Kate McKinnon starred as Trump and Clinton respectively, and there were so many comical moments that we actually have to use a bulleted list.

And plenty of moments in between. A classic for sure.

Taking place on the evening of October 22nd, 2016, Tom Hanks joined the SNL “Black Jeopardy” show for what is undoubtedly one of the most memorable skits in Saturday Night Live history. This particular edition of “Black Jeopardy” was used to take a look at the phenomenon of Trump voters, which aired during the final weeks of the presidential debate campaign. Hanks starred as Doug alongside Sasheer Zamata (Keeley) and Leslie Jones (Shanice) and Kenan Thompson as host Darnell Hayes.

It was a bold role for Hanks, but one that he was completely hilarious in. From Doug’s response to “iPhone wanting your thumbnail for your protection,” to his answer to the “every vote counts” card, Hanks was the magical actor that we have always known him to be.

12. Hot Ones With Beyoncé

Okay enough with the political stuff. Those who have been following SNL at least over the past several years already know that Maya Rudolph has a recurring impersonation of Queen Bey going on, and while all of her Beyoncé skits have been funny, her “Hot Ones” reenactment from 2021 is hard to top.

Rudolph pulled up to the set recreating Bey’s 2021 Grammy’s look, answering different questions while trying out an assortment of questionably named hot wings. “Bey” claimed she could handle the wings being a southern girl from Houston, Texas, but as the “interview” progressed, it became clear that she actually could not, sweating profusely and borderline choking. Each reaction was absolutely hilarious, making this one of the best skits (at least in recent history) on Saturday Night Live.

Starring Kate McKinnon, Cecily Strong, and Ryan Gosling as three people who experienced the first verified case of alien abduction, this skit was one for the books. In fact, we’re going to do another bulleted list of our favorite moments again.

Definitely a skit to check out if you haven’t seen it already.

With Saturday Night Live going all the way back to 1975, only including skits from the last decade isn’t going to work for an article that’s talking about the show’s all time great moments. So we’re going to take a trip down memory lane. “The Olympia Restaurant: Cheeseburger, Chips, and Pepsi” is great for so many reasons including: the late 1970s vibe/nostalgia, the restaurant having virtually nothing for it being a late night burger joint, everybody ordering coke when the restaurant only serves pepsi, and so much more including all-star lineup of John Belushi, Bill Murray, Dan Akroyd, and Loraine Newman.

Fun Fact: The Olympia Restaurant was modeled after a real restaurant called The Billy Goat Tavern & Grill in Chicago which is pretty cool.

Anytime Eddie Murphy shows up you know the occasion is going to be full of laughter. We now know Murphy as being one of the most accomplished actor comedians in the history of entertainment, but back in 1984, Murphy was still very much an actor on the rise, and was a regular cast member from 1980 to 1984.  “Mr. Robinson’s Neighborhood” was a parody of the popular television show Mr. Roger’s Neighborhood, and Murphy was a comedic genius as always.

The skit focused on how expensive the groceries Murphy stole from a woman were, and The Neighborhood was set in “the ghetto.” In 2019, roughly 35 years after Murphy started making visits to The Neighborhood, the actor returned for another skit to update on just how much everything had changed in the decades since we last saw him there. A full circle moment for sure.

“Wayne’s World” was a recurring sketch on SNL that began airing in February 1989, and the Aerosmith skit is considered by many to be the best (and it’s hard to argue that fact). We’re going to break out the bulleted list of our favorite moments again for this one because it absolutely has to be done.

It’s crazy how many all time great actors got their start on shows like SNL, In Living Color, etc back in the 1980s and 1990s.

First things first, rest in peace Chadwick Boseman. 2018 was an incredible year for the actor, who was riding high on the success of the first Black Panther film. Many appearances were made from Boseman that year, including an appearance on “Black Jeopardy.” By the time 2018 rolled around we’d seen Boseman in dramatic roles such as his portrayal of Jackie Robinson in 42, and obviously we’d seen him as a kick ass superhero as thee Black Panther aka T’Challa, but we hadn’t really gotten to see his funny side, which he indeed had.

Chadwick’s “Black Jeopardy” skit was a funny one from his response to “The Reason Why the Cable Bill is in Your Grandmama’s Name” card to his “assisting the police” answer to the “Policeman Asking For Information About Robberies” card. Long live Chadwick Boseman.

We’ve got to include something from the 2000s as well, and in our opinion the JetBlue Flight 292 skit from 2005 is borderline unbeatable. Starring Steve Carell and Amy Poehler on the flight from hell (literally), the skit was hilarious. You had Steve completely oblivious to the disastrous situation learning about male seahorses getting pregnant while watching Animal Planet. The pilot just casually announcing that they were going to make a pitstop in Los Angeles while also promoting their airline’s potato chips.

Amy being the only one with the sense to be concerned about the situation. Then you had the animated breakdown of the doom the passengers potentially faced, which was definitely one of those things that you know you shouldn’t laugh at and get upset with yourself when you do. And then there was the fact that Steve did not give a single damn the whole time.

And for those wondering: This was indeed based on a real-life scenario that thankfully turned out alright. There’s no way it would have been made into a skit and joked about if that hadn’t been the case.

Okay, we know we said that we were done with the political skits, but we absolutely had to include this one. Sticking in the 2000’s, one of the funniest skits to come from that decade was Tina Fey’s reenactment of Sarah Palin’s 2008 interview with Katie Couric. Let’s bring out the bulleted list again.

And that’s just a few moments. You have to be a good sport when it comes to SNL. You just have to.

When you put Mike Myers, Patrick Swayze, and Chris Farley in a room together, the result is going to be genius. The “Chippendales” skit featured a panel of judges put in a position to choose between dancers Adrian (Patrick Swayze) and Barney (Chris Farley) for the Chippendales casting. We’re not even going to give you guys our favorite moments from this one because it would kind of spoil it completely, so you’ll have to watch. Long live Patrick Swayze and Chris Farley. To great actors that we were lucky to have.

The name and the fact that this skit was labeled as the Director’s Cut automatically made this funny because you knew foolishness was about to ensue. And foolishness did indeed ensue from the trailer saying we would like the film because it was comparable to Inglourious Basterds and Django Unchained, all the way to the unbelievable (literally) fight scenes. In our opinion, the defining moment of this skit was it being shot Tarantino style. It was totally on point.

It almost seems cliche to put “More Cowbell” on a list of the best SNL skits ever, but dang it the skit belongs on any and every list talking about the best Saturday Night Live skits. Period. Point Blank. End of Story. Set at the “Sunshine Studios” in 1976, this skit gave you early 2000s and vintage 1970s all in one with Will Ferrell, Jimmy Fallon, Chris Kattan, Chris Parnell, and Horatio Sanz. This is another one you are just going to have to watch on your own because anything we say will spoil it. Trust us, you won’t be disappointed.

Based on the 1980s movie MacGyver, “MacGruber” was the 2010s SNL parody version. Betty White appeared as MacGruber’s grandmother, and because Betty White is Betty White, the result was nothing but perfect comedic timing. Long live Betty White. Another legend on this list that gave us years of brilliance.

What are your favorite Saturday Night Live skits? Were they included on this list? Perhaps we'll have to do a part two if not. In the meantime, be sure to keep up with us for more entertainment content.