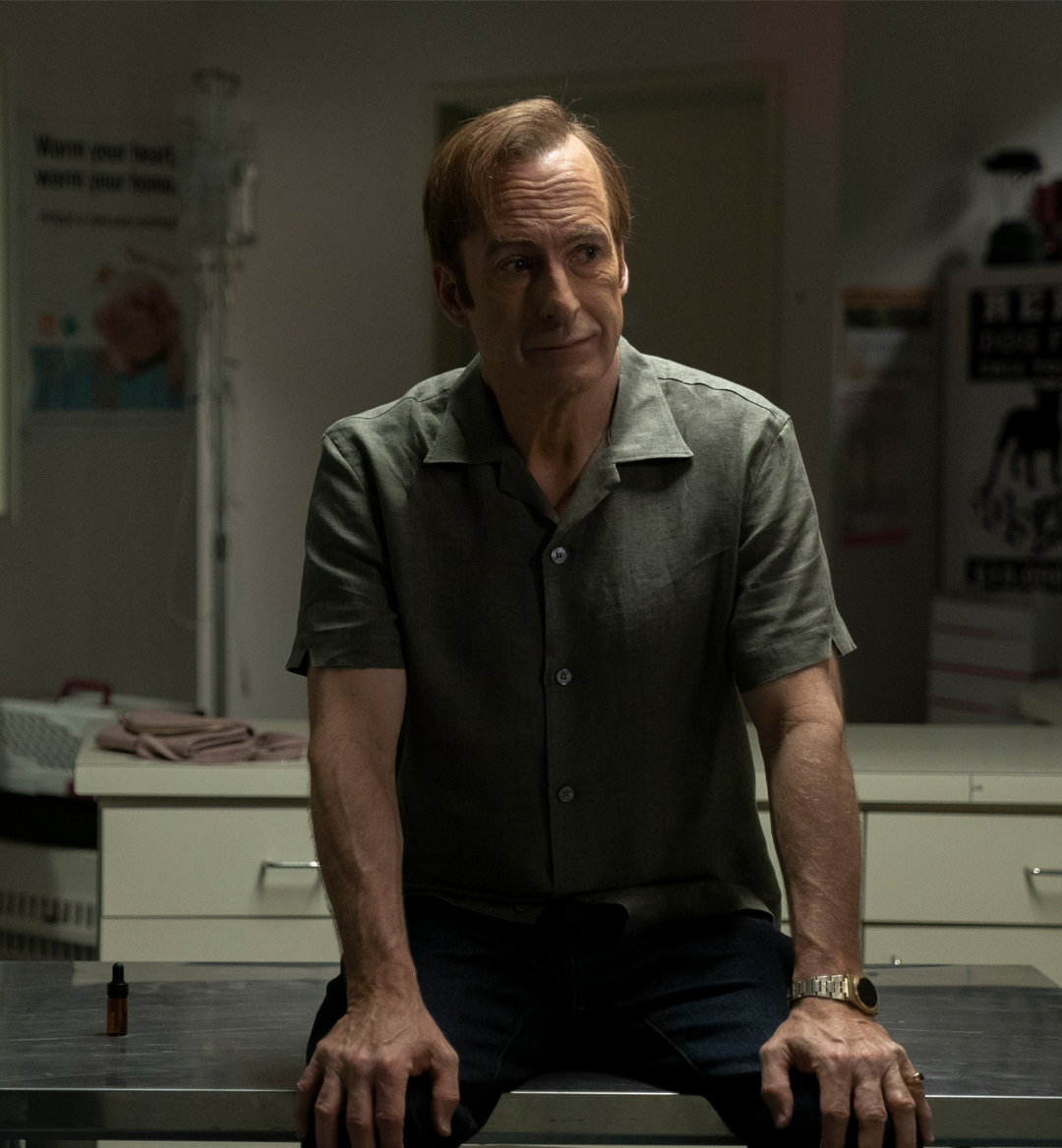 In the past few weeks of Better Call Saul, Vince Gilligan and the writers have taken their foot off the gas and slowed things down as we approach the midseason finale. After all, you can't finish a puzzle without all of the proper pieces in place.

The sixth episode of this season, titled "Axe and Grind," finds Jimmy in full Saul Goodman mode, Kim continues to work for criminal justice reform, Lalo is on the hunt, and Mike goes stargazing.

Jimmy and Kim are in the Endgame Now 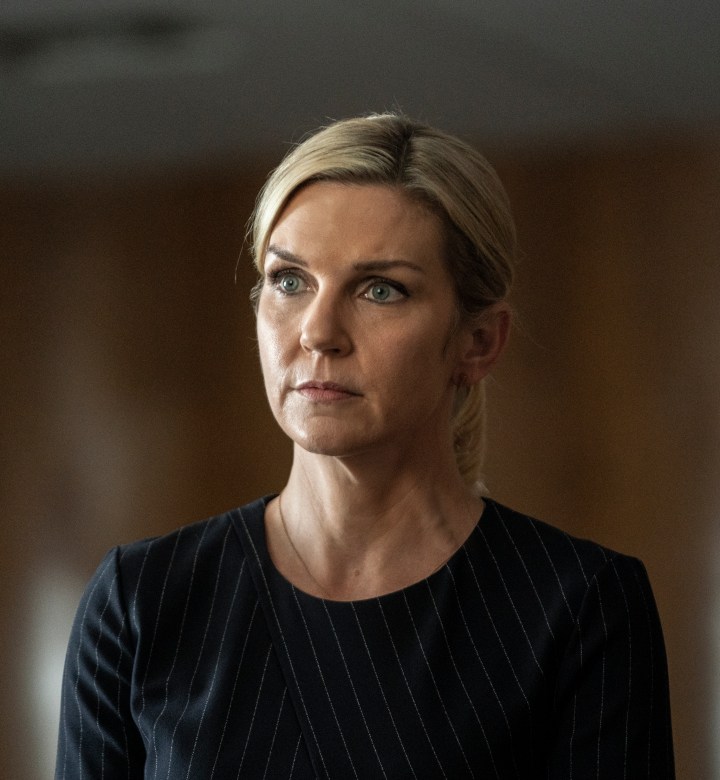 The episode opens with a flashback, with a young Kim in trouble for shoplifting. Back home in Nebraska, she's in the office of the store manager of a department store, and he is telling Kim's mother all about how he caught her stealing jewelry.

We've seen flashbacks to Kim's childhood before, but this one is different than the others considering she's found herself in trouble rather than her mother. The manager lets her go after he sees that this is something she likely wouldn't do again. As they leave, Kim's mother reveals that she stole the earrings for her, seemingly as a reward for "getting away with it."

It's an interesting flashback, as it shows that Kim—while a strong proponent of doing what is good—is not above bending the rules to solve a problem.

A question that has permeated throughout Better Call Saul is whether or not Jimmy was dragging Kim down with him or if she was always his willing accomplice. With the addition of this flashback, that question remains a little more ambiguous. 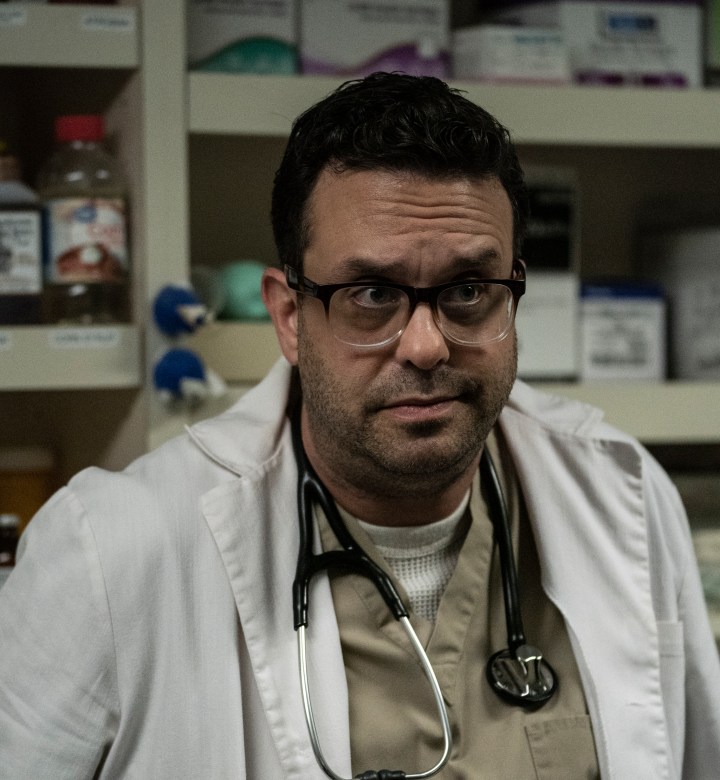 In the present, Jimmy and Kim pay a visit to Dr. Caldera, the veterinarian of all of your neighborhood criminals. In Better Call Saul, he's mainly served as a doctor for people who otherwise cannot go to the police and an intermediary for various people in the criminal underworld.

Jimmy is picking up a drug that will essentially act like a version of caffeine, only much more potent. As Caldera puts it, he'll feel like he "drank two Red Bulls on an empty stomach."

He'll likely be using this in his scheme against Howard, but how he plans to remains to be seen.

Caldera tells Jimmy and Kim that he's leaving his side business behind, wanting to shift all his focus back to treating animals. His little black book, a coded journal of his contacts, will be up for sale when he leaves, likely into Saul Goodman's hands. Here, we find a business card for Best Quality Vacuum, a familiar sight for any Breaking Bad fan.

As they review the final details of their plan for "D-Day," Jimmy and Kim decide to head to "Omaha Beach." Of course, this version is the grass outside of the Hamlin, Hamlin, & McGill offices.

It isn't all nefarious schemes for Kim Wexler, though. After making a solid argument about her client's constitutional rights, she's approached by Cliff Main. He lets her know that a foundation that works on criminal justice reform plans to open up shop in the Southwest region and is looking for people to help. He helps get her an audience with them in Santa Fe for her to pitch herself, but it's also, unfortunately, on "D-Day."

She tells Jimmy at his office (which is becoming more and more Saul Goodman like every day), and he is as supportive as can be, telling her that he can manage everything and she needs to go to the meeting.

Kim agrees, but on "D-Day," they encounter a huge obstacle: The mediator for the Sandpiper case now has a broken arm. Jimmy had been busy trying to fake a photo of him using a double, but the broken arm was a new obstacle that they can't overcome on that day.

Jimmy calls to let her know as she is on the way to Santa Fe and says that they can regroup and do everything another day. However, Kim's desire to get back at Howard (for a myriad of reasons but also because she wants to fund her potential new firm) wins the day, and she drives back to Albequerque.

"It happens today," she says, and the scheme against Howard presses on. 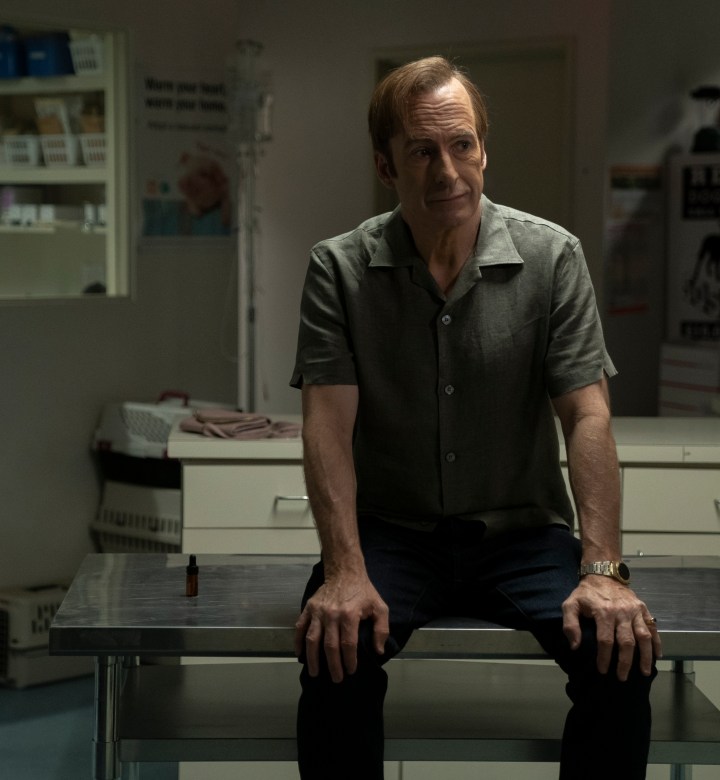 Outside of his interactions with Kim, Jimmy was very much acting like Saul Goodman during this episode. We get more hints about what is to come as his transformation continues.

At his office, which looks much nicer than the last time we saw it, thanks to Francesca, Saul has a waiting room full of clients; rambunctious ne'er do wells that they are. We aren't at the point of Breaking Bad Saul Goodman's office, there are no fake marble columns, and the Constitution is painted on his back wall just yet.

As we saw many times during Breaking Bad, Saul has a drawer full of burner cell phones in his desk, using them to help further his schemes.

Saul is scheming for the next part of his plan, which involves snaking his way onto the Sandpiper mediation call. He enlists Francesca's help, who reluctantly portrays herself as someone calling for her grandmother.

Jimmy isn't quite at the point of helping hide ricin cigarettes for Walter White, but he is certainly heading in that direction, and he's doing it fast.

Lalo Continues His "Adventure" in Germany and Mike Remains Vigilant 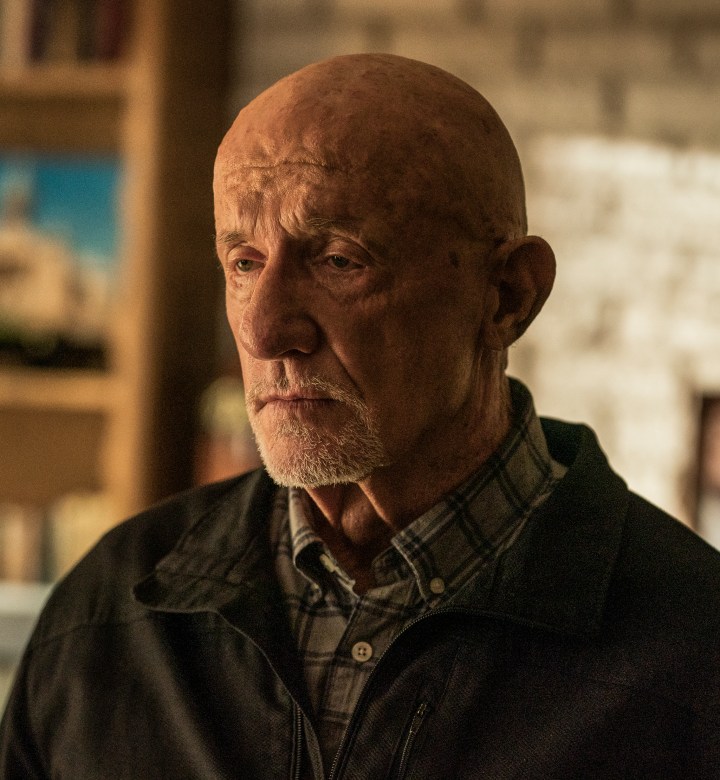 Elsewhere, we pick up where we left off last week with Lalo in Germany. The sequence begins with a man named Casper chopping wood in a forest, revealed to be a member of Werner Ziegler's construction crew.

The two had briefly met before when Lalo had paid a visit to the future superlab, so before he can make his move, the man runs for safety with Lalo in pursuit.

Lalo takes the ax and cuts off Casper's foot, ensuring that he won't be going anywhere until Lalo gets what he wants.

We also briefly check in on Mike Ermantraut, who maintains his watch over Gus Fring's operation with his men. Mike had pulled guys off of watching his house, where they suspect Lalo might attack, and sent them to keep an eye on his daughter-in-law Stacey and granddaughter Kaylee.

Despite the objections of Gus, Mike keeps his guys on them. He's lied to Stacey and Kaylee, telling them he's in Chatanooga, but as he watches from across the street, he talks with Kaylee as she looks at the stars with her telescope. 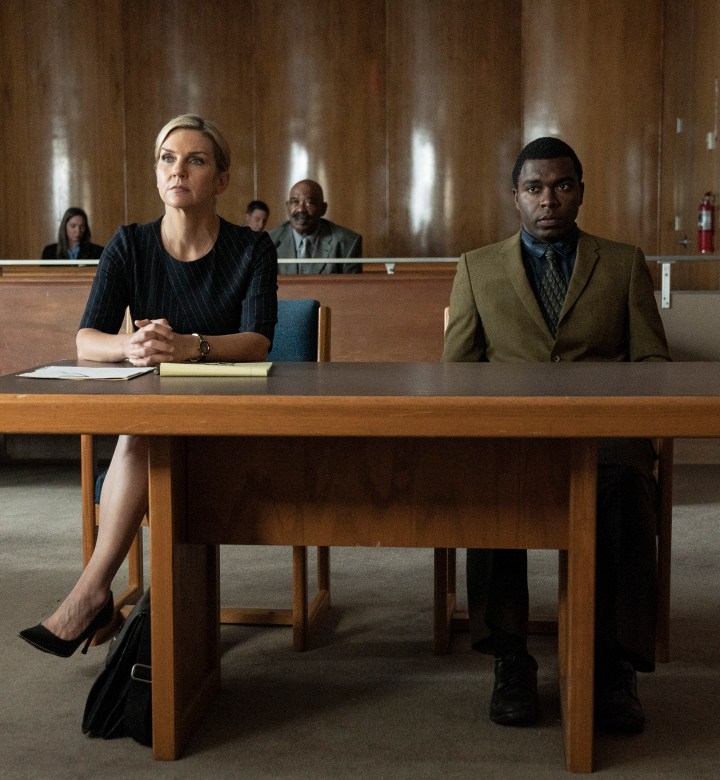 Much of this half season of Better Call Saul has played it slow. Like the lawyers involved with the Sandpiper case said, the payoff will be worth it in the end.

This isn't to say that this has been a bad string of episodes; far from it. They've been a slow burn, but much of Better Call Saul has been compared to Breaking Bad. We're not entirely in the world of drug dealing and meth cooking just yet, so one shouldn't expect to see things move quickly.

"Axe and Grind" gets us ready for the mid-season finale next week, and with the plan against Howard about to be put in motion and Lalo on the hunt, we're almost guaranteed to see some fireworks.