"The Book of Boba Fett" Recap: 'The Tribes of Tatooine'

With its runtime about 20 minutes longer than the previous one, "The Tribes of Tatooine" was already shaping up to be quite the episode just given that information alone.

In the present day, Fennec Shand brings the assassin that she took hostage in the last episode back to their base in Jabba's Palace. Boba sits at his throne and questions him, asking about who sent him and what his orders were. When he refuses to speak, Fett drops him down below through the trap door, where it seems like the Rancor (which was killed by Luke Skywalker years before) is about to be let loose behind the door downstairs. However, as a way to stop this from happening, the assassin finally reveals that the Mayor is the one who sent him to kill Fett. As the door opens, nothing is behind it—the assassin was actually in no danger at all.

The crew heads over with the assassin to pay an impromptu and unwelcome visit to Mayor Mok Shaiz; he's of the Ithorian species and has an attached robot translate for him. When Shaiz clarifies that the assassin is part of the Order of the Night Wind, one of his henchmen immediately kills the assassin. 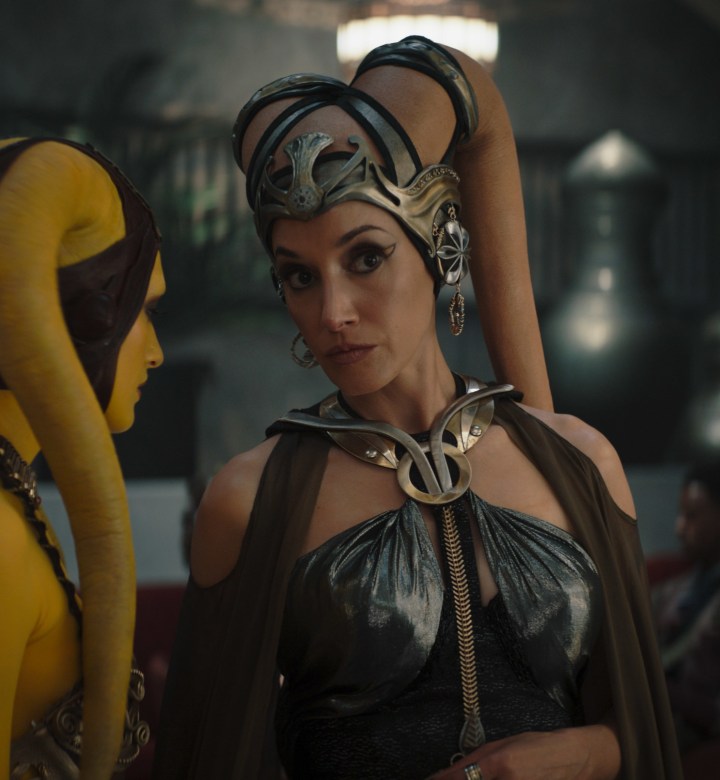 Shaiz still considers Fett a bounty hunter, and after some talking, he tells him to seek out Garsa Fwip at her cantina, the Sanctuary, to see who really sent the assassin to kill him. At the Sanctuary, Fwip reveals that "the twins" have decided to take over their late cousin's throne, and when two members of the Hutt species come marching down the middle of the street in a litter, it's clear that their late cousin was Jabba the Hutt.

Fett talks to the two twins: one, almost identical to Jabba in green, and the other, his sister, in a more pink hue (or maybe it's just Cosmo and Wanda from The Fairly OddParents disguised as descendants of Jabba). Though Fett claims that Jabba's Palace is his territory, the Hutts feel otherwise, according to a scroll document.

Out of nowhere, a massive Wookiee bounty hunter steps out in an effort to threaten Fett. He doesn't even do anything—he just stands there and slightly growls menacingly. But honestly, it was kind of unsettling from the comfort of my couch. Fett eventually tells the Hutts that they'll have to kill him for the throne, and with that, the twins leave for the time being and decide to deal with the issue later.

Back in his medical pod from the last episode, we're brought back in time a bit, picking up where we left off last week. The Tusken Raiders now accept Fett given his heroic actions in defeating the massive creature from before. They begin to train him in their style of fighting, which involves a long staff that they wield to attack their enemies. 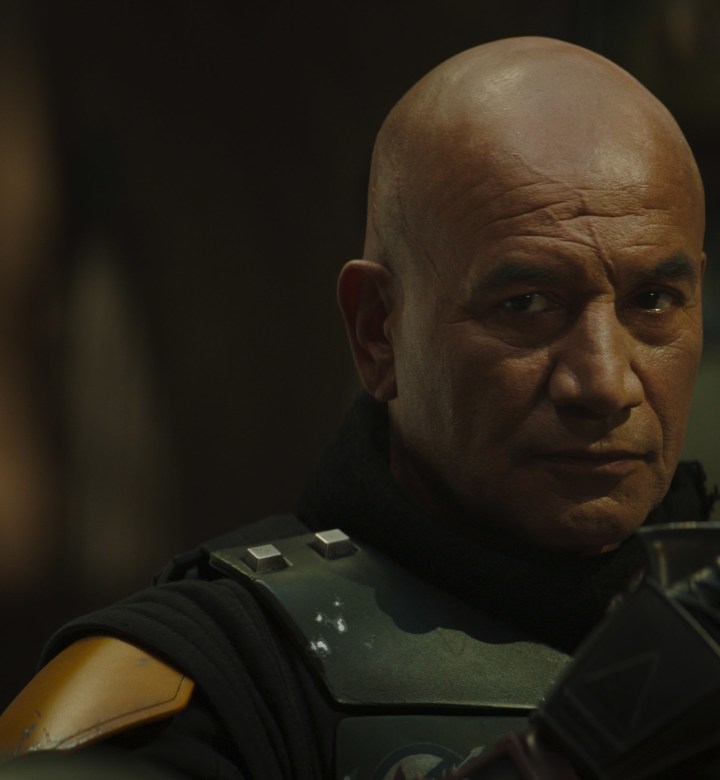 While training, the Tusken Raiders spot a massive sand train coming through the Dune Sea and get in position to both take cover and fire at the train. Quite a few raiders are taken down in this long-distance shootout, which leads Fett to head out in the night to gather the necessary materials to destroy the train.

At a remote bar, Fett finds a group of aliens threatening a couple and takes this as an opportunity to fight with them. He easily eliminates their crew and leaves the bar with their speeder bikes in tow.

Back at the Tusken Raiders' camp, Fett teaches them how to use the speeder bikes—at first going very slowly and then faster as they become more accustomed to the new way of travel. He even drills them on jumping from one speeder to another, which takes quite a bit of practice for them to nail down.

Having devised a plan to take down the train the next time it comes by, the crew is ready to jump into action as they see it coming over the horizon. Along with some of the other raiders, Fett hops on a speeder bike while the other half of the raiders take their positions further back with sniper rifles at the ready. 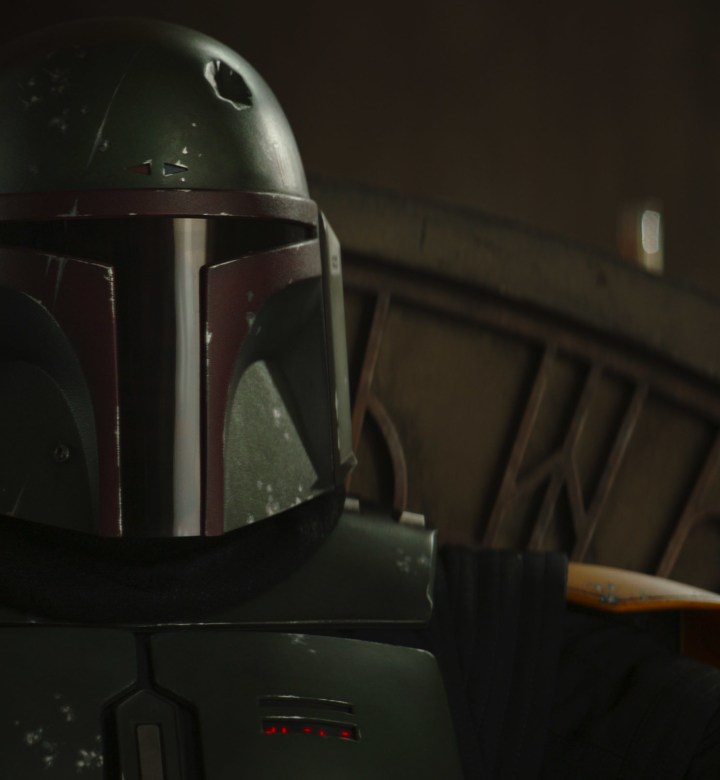 Fett and the raiders on speeder bikes fight parallel to the train, eventually making their way both on top of and inside the train to take out the enemies. Though it's a tough battle and ride as the droid-conductor amps up the speed, Fett is able to stop the train by pulling a stuck lever with his brute strength.

Afterward, the raiders offload the rest of the enemies on board and sit them down outside the destroyed train. Fett demands more information about what they're carrying—spices—and forces them to leave while also prohibiting them from using the area as part of their route.

While gathering around a fire later that night, the chief Tusken Raider gives Fett a gift: a very tiny and cute lizard. The lizard then promptly crawls up Fett's nose and sends him into a weird sort of hallucination. He walks around the Dune Sea and approaches a large tree, where the branches wrap around him and force him into pieces of flashbacks. Finally, in a vision that's clearly set in the ocean of Kamino, a large wave crashes and he's back to reality.

Approaching the camp, Fett is holding a large tree branch, which the raiders then help him craft into a staff of his own. After receiving new clothes from the crew, Fett begins creating his staff. The process is extremely detailed, and with the guided direction of the Tusken Raiders, he's able to form a weapon of his own.

Gathering around the fire once again, Fett is now in his new clothing with his staff in hand. The raiders and Fett do an elaborate walk-dance around the fire that's a bit reminiscent of a flash mob, though a much more serious flash mob. And with that visual, the episode comes to a close.