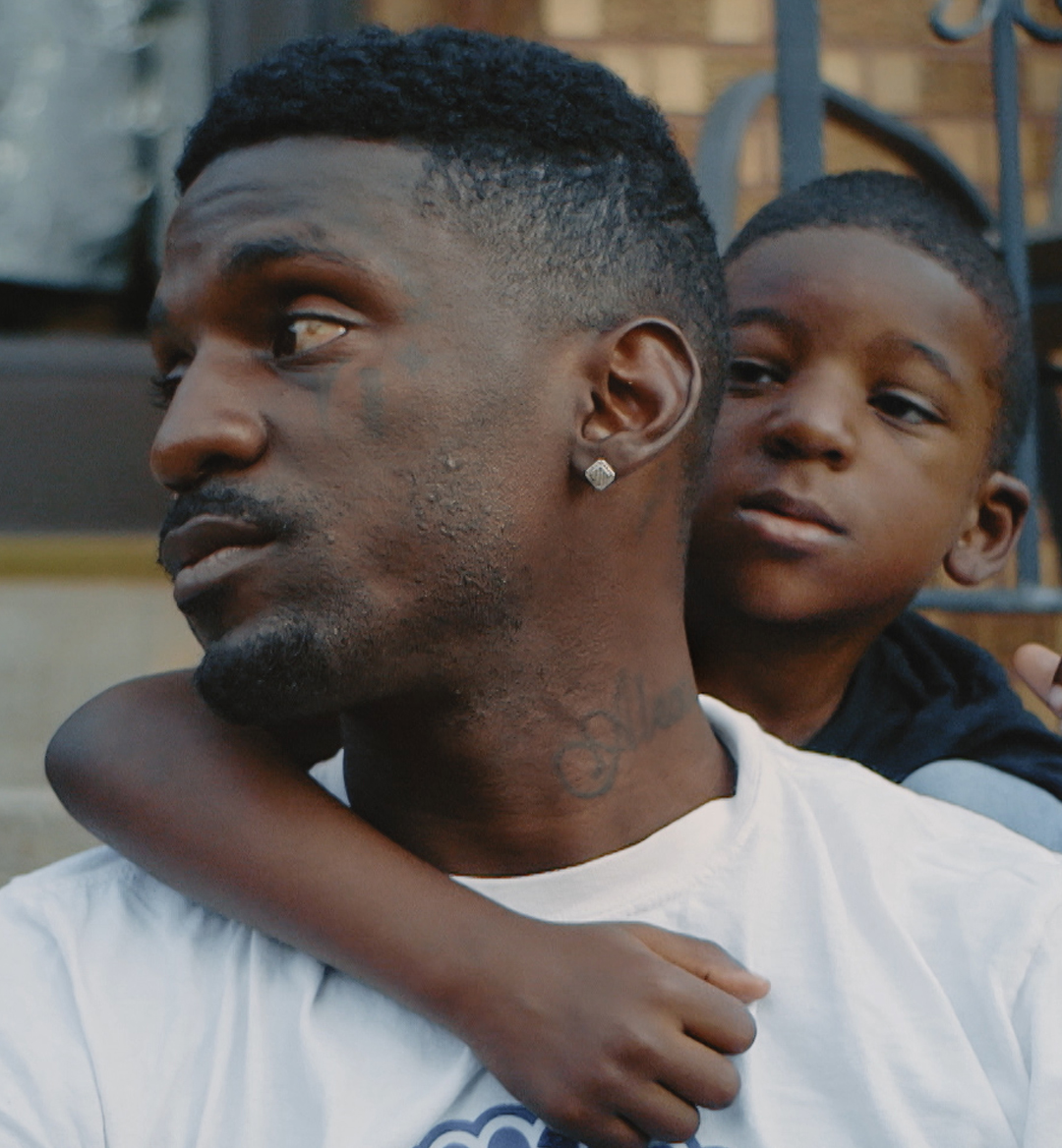 Superman kept his sights on the plight of the oppressed as pepper spray-painted his eyes. Superman battled with Republican lawmakers in the House of Representatives over gun violence legislation. Superman is not real, but battle rapping activist Bruce Franks Jr. bears all the scars of reality and puts them on display in a 25-minute short documentary titled St. Louis Superman. That same documentary just helped MTV’s new Documentary Films department garner its first Oscar nomination for Best Documentary Short at this year’s Academy Awards.

Co-directed by filmmakers Smriti Mundhra and Sami Khan, St. Louis Superman chronicles the hardships concomitant of change and the superhuman burden those trying to enact it succumb to. The tear-gas showers, mental breakdowns and hundreds of funerals are burned indelibly into the mind of Frank, a man who is known in the battle rap scene as the ferocious Oops, and in the government as a former elected official in the Missouri House of Representatives. Three months after the documentary had its New York premiere at the 2019 Tribeca Film Festival, the newly launched MTV Documentary Films acquired it. By the end of 2019, St. Louis Superman was one of the ten films shortlisted in the Best Documentary Short category at the Oscars, out of a pool of 96 qualifying films.

Before the documentary officially became one of the five nominees vying for the gold, Franks saw how even just being shortlisted changed his life. “There’s a lot more notoriety there. I didn’t understand how big it was, me not being in the film world. I didn’t understand how many people actually pay attention to the shortlist and all of that,” Franks told ONE37pm. “It’s helped me create a bigger reach. It helps with getting the message out there, as far as people tapping into what you’re doing.”

Franks spoke with ONE37pm days before the Oscar nomination about how MTV helped push the doc into the eyes of Oscar voters, how being a battle rapper prepared him for being a state representative and how his life has changed in the last year. 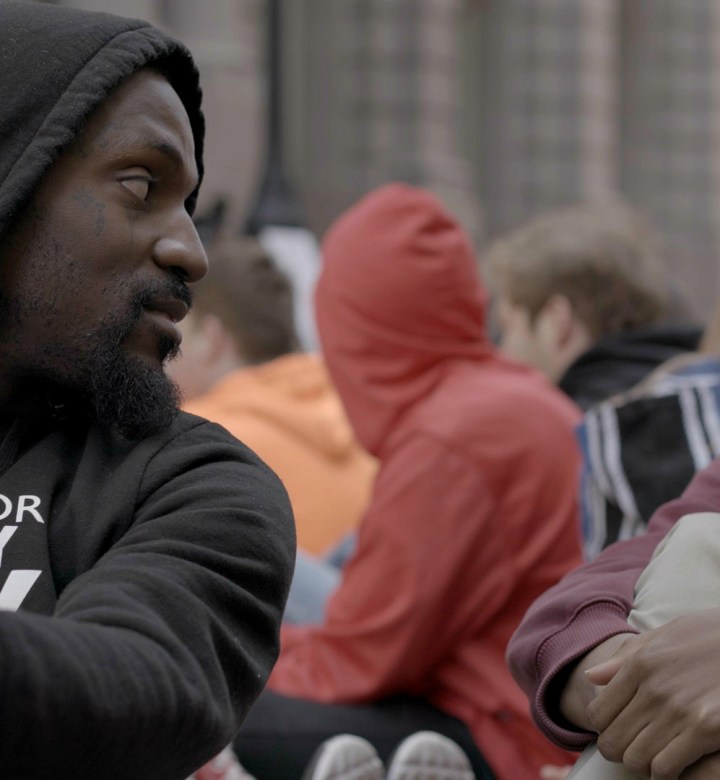 In the film industry, fall is known as Oscar season. This year, Oscar voters had from Jan. 2 to Jan. 7 to cast their votes, and that’s why eight of the nine Best Picture nominees from this year’s Oscars were released in the last three months of 2019. St. Louis Superman had its first screening in February, but MTV made sure Oscar voters were inundated with reminders of Franks’s message and the documentary’s story.

“MTV is a big platform, so they put a lot of resources behind the film, as far as getting it out there and making sure I’m everywhere where the film is, being able to talk, being able to effectively speak to what’s going on in the film,” Franks said.

MTV has existed since 1984 but has never been a regular fixture at the Academy Awards, with its MTV Films department only being nominated six times in the division’s 24-year history. So, when it came time to launch MTV Documentary Films, the network that’s more known for reality TV hijinks and music video nostalgia ensured it gave its docs a fighting chance to hoist the golden emblem of acclaim. St. Louis Superman was one of the first two acquisitions made by Sheila Nevins, head of MTV Documentary Films. Before joining the Viacom subsidiary in May to head its documentary department, Nevins spent over 30 years with HBO, where she held roles as vice president of documentary programming, executive vice president of original programming and president of documentary and family programming. During her time there, she became a perennial Oscar contender—her productions amassed 28 Academy Awards.

In a matter of months, Franks’s story went from the pavement to the silver screen to the world. Under Nevins’s helm, MTV held a screening at the Missouri History Museum in St. Louis on Nov. 17, less than two months before the Oscars nominations were announced and less than ten miles from where he and others protested in Ferguson, Missouri, over the acquittal of police officer Darren Wilson in the shooting death of Michael Brown in 2014. Nine days before that screening, Franks and the filmmakers attended a screening of the doc at Cinepolis Chelsea in New York City, the site of numerous Tribeca Film Festival screenings. Franks considers those screenings part of MTV’s Oscar push.

“There was definitely an Oscar push, as far as them getting that film in front of voters and making sure the voters are aware of the film,” Franks said. 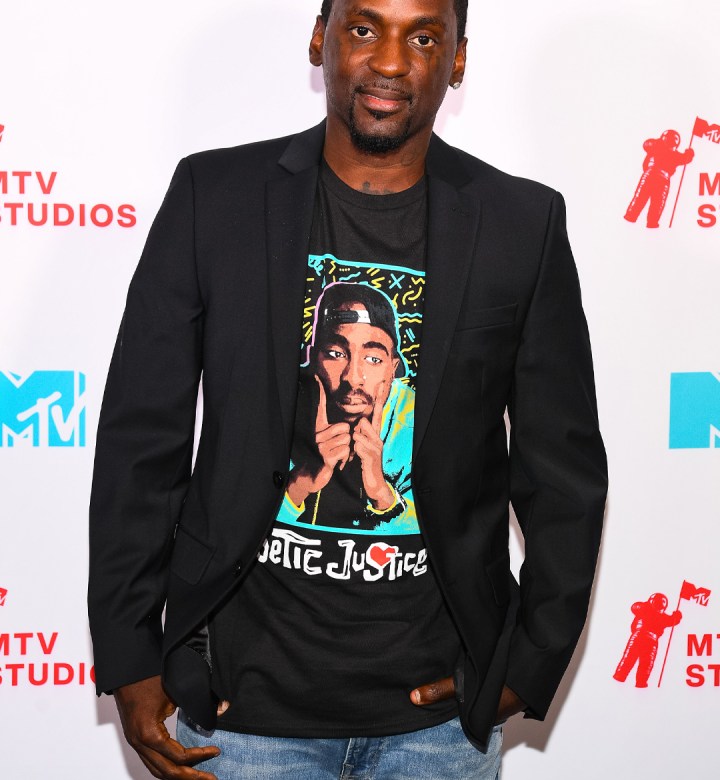 MTV’s campaign may transmogrify Franks’s blood, sweat and tears into Oscar gold, but it’s his multifaceted story that kept the attention of Oscar voters. At any point over the last five years, you could find Franks marching in the streets, flanked by dozens of impassioned protesters, spewing creative invectives on stage against a battle rap adversary, or on the House of Representatives’ floor fighting for bills designed to keep people out of prison. You can’t be a superman without assuming different identities and the responsibilities concomitant of each.

“My battle rap skills gave me the cheat code when it came to serving in the House. I’m basically in front of no less than 150 people every day debating points or trying to get people to see my point by using facts, rebuttals, personal stories and whatever it is to draw them in,” Franks said. “I was able to articulate, control the room and have people actually pay attention to me. I said it in the film, battle rap and certain aspects of being an elected official were the same thing, as far as the floor debate.’

Franks was first elected in 2016 and re-elected in 2018, but he stepped down in 2019 due to struggles with anxiety, depression and not being able to represent and fight for the people he protects. He contends he’ll never run from politics again and attests he’s currently in a better space, working out five days a week and twice a day. His healthier lifestyle reflects in more aggression and better vocal projection on stage, as well as a spirited return to the battle arena that made him such a tough politician. “I may have taken one or two battles while I was in office,” Franks said. “Last year, I did eight battles. I had my first international battle in London. I had a really good battle rap year.

The 92nd Academy Awards takes place Feb. 9 in Los Angeles, and by the end of the night, Franks might add “Oscar winner” to his achievements. But whether or not the documentary is chosen as the Best Documentary Short, it simply being selected as one of the five best out of 96 qualifying films in the same category is a win in itself. Regardless, the exposure of the documentary’s success and MTV’s promotions has already helped spread Franks’s causes far and wide.

“A year and a half ago, that would’ve got 15, 20, maybe 50 retweets or likes,” he said. “Now, I got tweets and Instagram posts that are well over a couple of likes. For those of us who operate in that social media world, we know many people that’s actually reaching.”