Meet Colin and Samir, the YouTube Pair Who Leveraged Storytelling to Partner with Huge Brands 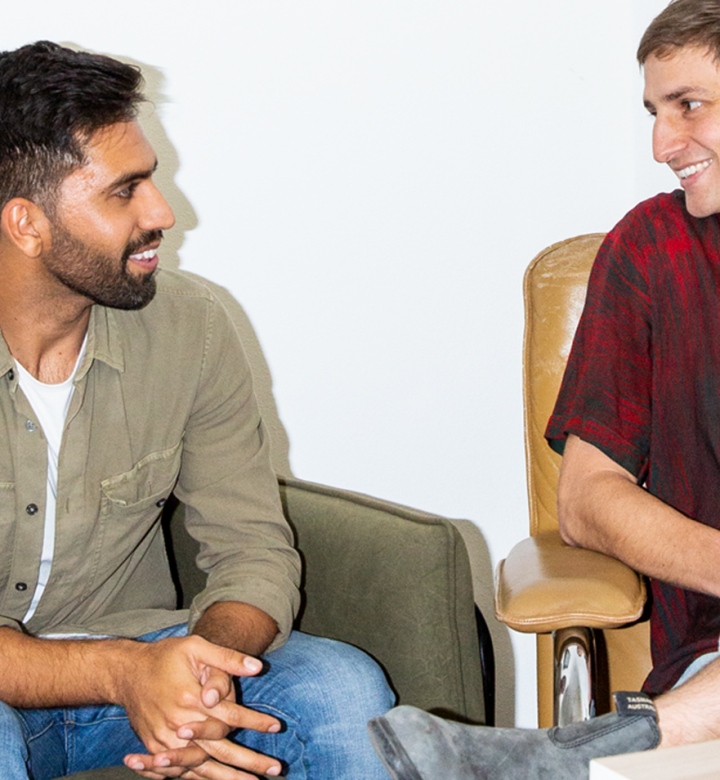 YouTube creators, filmmakers, and podcasters Colin Rosenblum and Samir Chaudry always keep in mind their “north star” a goal they strive for to keep the wheels turning and their direction on course.

Back in 2012, as recent college grads, the pair’s goal was to work with Nike. They had just launched a YouTube channel “The Lacrosse Network” and Chaudry, aware of people’s doubts about the network, kept his north star in clear view. “Everyone was like “a lacrosse-focused YouTube channel sounds like the worst idea,” Chaudry explained. “I had to create a direction in my head of why: what is the goal here? And my goal was to work with Nike. I said: I'm building a platform, there's only magazines [covering] lacrosse, there's no video platform, and so when Nike gets into lacrosse, there's only going to be one place for them to advertise.”

By 2015, not only had The Lacrosse Network been acquired, Rosenblum and Chaudry were creating sponsored content for the very brand they had originally set their sights on, Nike. 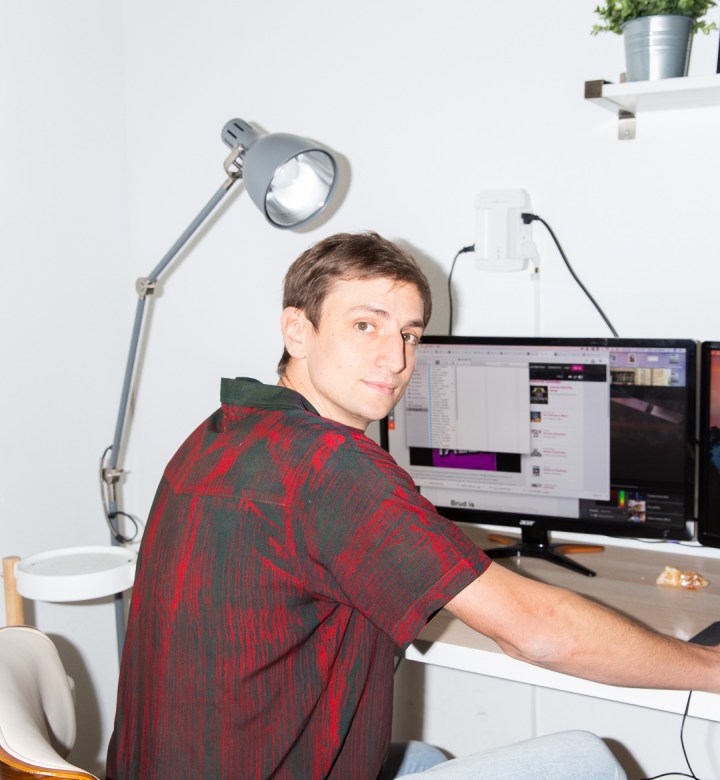 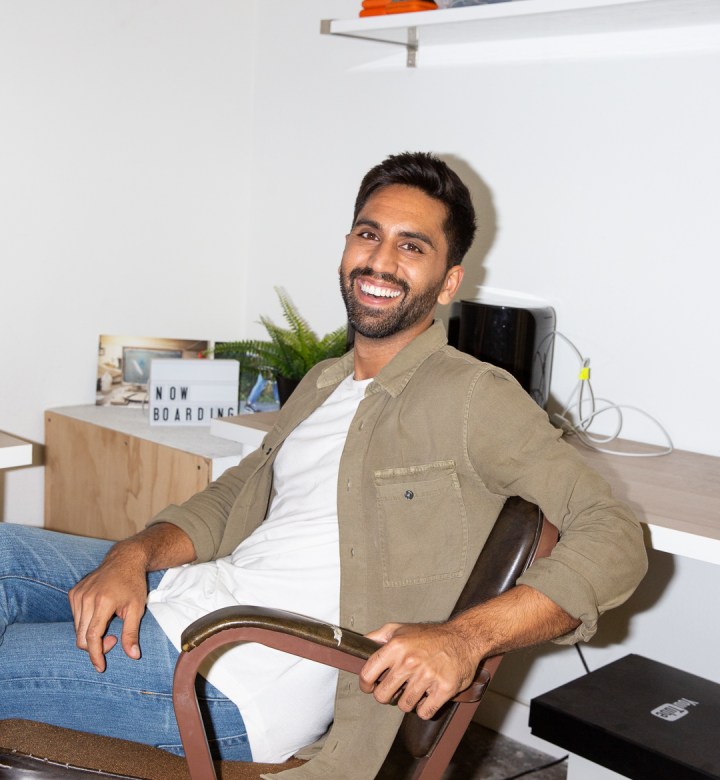 When I arrived to meet the pair, who go by “Colin and Samir,” in their downtown Los Angeles studio, they were on two different wavelengths. An occurrence that I gathered was abnormal for them.

“I've had one too many coffees today, so I'm firing on certain types of cylinders that I never knew existed,” said Chaudry. “On the other side of it, I haven't had a coffee in five days,” said Rosenblum. “So if Samir answers a lot of the questions today, that's probably why. I'm in a zen state.”

Together, the two have built a loyal following of fans and viewers on YouTube—first, on The Lacrosse Network, and more recently on their own channel where they discuss news and pop culture: everything from Lil Nas X to Logan Paul. “Colin and Samir” have a special way of storytelling and explaining things that makes you want to actually listen—their dynamic with each other appears effortless, an easy-going cadence that makes it obvious they’re actual friends—not just business partners.

“I started The Lacrosse Network from my bedroom in my parents' house after college,” said Chaudry. “Colin joined about a month in because we were looking for a producer in lacrosse. There was only one person who was making [lacrosse programing] like actual documentary storytelling, and it was Colin,” he said. 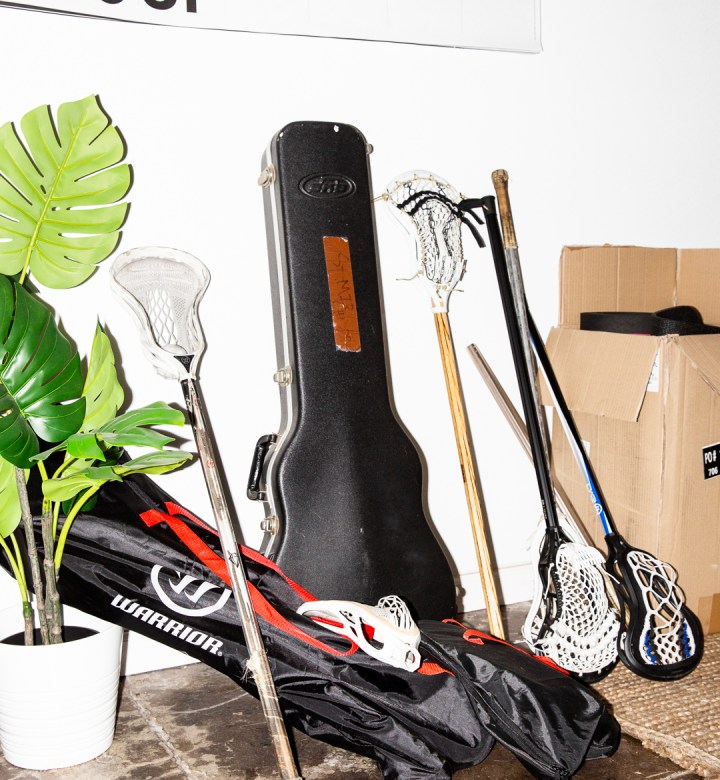 At that time, Rosenblum was working remotely from Boulder, Colo.—having only recently bought a used camera off Craigslist and teaching himself how to shoot. He had a knack for it. Six months later, Chaudry talked Rosenblum into moving to California to work full-time at the YouTube-based network. Their business partnership quickly blossomed into a friendship.

“I think [our friendship] made us better business partners because we had a mutual respect for what each other wanted to do in their life,” said Rosenblum. “Once you have that, it's sort of like, okay, I respect what you want to do, and you respect what I want to do, and we'll work together to compromise and make it happen.”

Our friendship made us better business partners.

In 2014, The Lacrosse Network was acquired by Whistle Sports (now Whistle) and Chaudry became the lead of a growing operation that was the new LA arm of Whistle. The decision to sell the company didn’t come easy. “It was the most taxing experience I've ever really been through,” he said. “I was 24 when we sold, and I had never been through anything like that, no one in my family had ever been through anything like that. So navigating the conversations around an acquisition was very challenging,” he said.

Their new roles within Whistle meant having more resources and sales reps—which lead the two to begin creating sponsored video content. They had a leg up, understanding how the YouTube platform worked, and what their audience liked—something that was still a relatively new concept to major brands in 2014.

It was landing a deal with Nike—not once but twice—first in 2015 with Vine star KC James, and again in 2016 with The Lacrosse Network, that made the picture come full circle. “It was like a snowball. We [began] working with every brand we could have dreamed of: Gatorade, Nike, New Balance, Adidas,” said Chaudry. 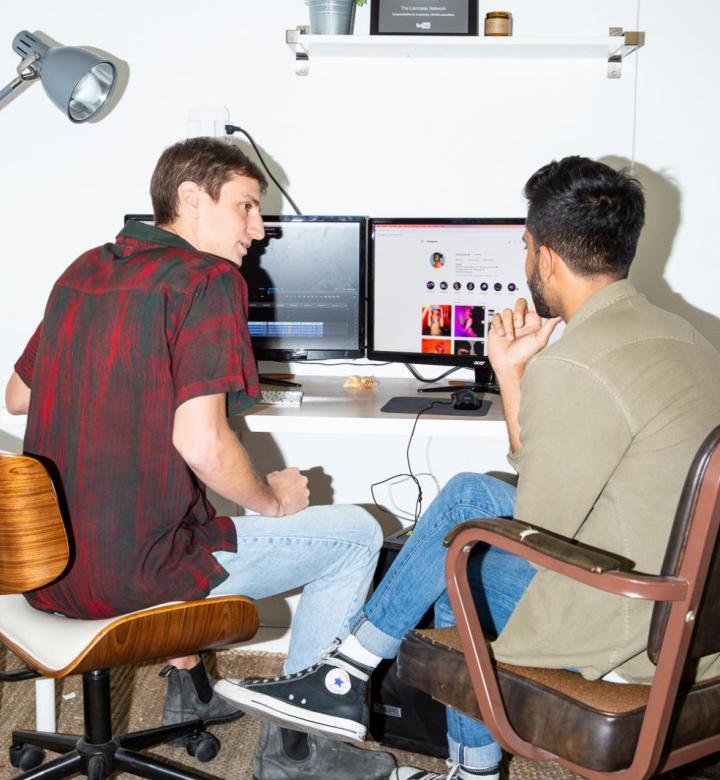 At the end of 2016, at the height of their success with Whistle, Chaudry and Rosenblum had a new north star. They decided to leave the company and follow their passion for filmmaking and storytelling outside of the lacrosse world.

“There was just so much pent up creative energy outside of sports that we wanted to explore,” said Chaudry. The two retained a consulting contract with Whistle, and with a little bit of what Chaudry calls “over confidence” from their success with the network, they began going out and creating. Their first video was about streetwear and Fairfax Avenue—the famed street in LA that’s home to Supreme and Canter's Deli.

Creating for YouTube gave “Colin and Samir” freedom that they both acknowledged is simply not available in the traditional Hollywood film industry. The two believe that storytelling can be more than YouTube videos. “Storytelling isn't reserved just for filmmaking. It's everything,” said Chaudry. Citing inspiration from Youtube creators Casey Neistat, and Jenna Marbles as well as major brands such as Warby Parker, the two find inspiration everywhere. 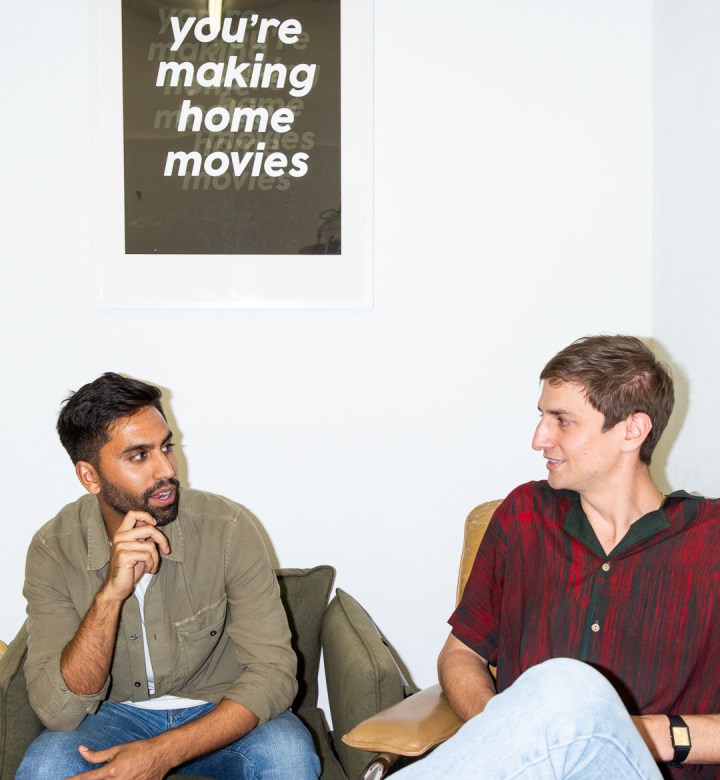 With their own channel, they have also redefined ‘success’ on their own terms. Having achieved commercial success in their 20s, the two have refocused on simply what makes them happy. Rosenblum cited their podcast, which provides a revealing and raw side of the two to a very loyal following.

For Rosenblum, it’s like his “therapy.” “Honestly for me, [the podcast] doesn't even need to [be published]. I like that people get to understand us better, but, when I finish a podcast, I walk away feeling better. So that's a successful period of time well-spent,” he said.

Although success is a constant moving target, an ever furthering north star for the two, Chaundry summed it up: “At 30 years old as a creative, I think success is now a little bit more in the vein of our day to day. To enjoy what we're doing every day. And that's a hard thing to achieve,” he said. “I think that's when you start to realize what success means. If I wake up and I'm excited about what I'm creating and I feel really good and there's a community of people around me that I really respect and love and I’m plugged into [that] community, that’s success.”